You are here: Home / How to Travel Alone / A Solo Point of View / Solo On a Tall Ship Voyage: It’s All About the People 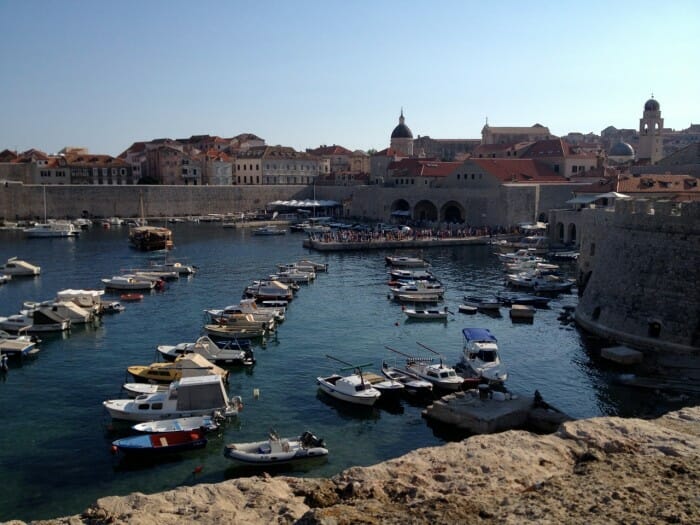 Dubrovnik, looking down at the harbour.

This post was contributed by Ffion who is also a writer and member of the Solo Travel Society, our Facebook community. Here she shares the story of going solo on a cruise aboard a tall ship with Star Clippers, a UK specialty cruise line.

I am overwhelmed by the sheer “coupleness” around me: the elegant pair already perched on bar stools, enjoying a pre-departure cocktail; the German-speaking foursome with frosty amber beers; and the cheerful couple of girls with umbrella-topped something-or-other in tall colorful glasses. Previous acquaintances greet each other with happy hugs, and the bar steward is acknowledging returning guests by name. More importantly, everyone seems to already know what they’re supposed to do: expected behaviors, anticipated actions.

In my solo aloneness, it’s almost enough to persuade me over the side, into the rather murky Venetian water.

Dissuaded from that action by the approaching twilight – and yes, the odors coming off that water – I decide to do something, anything, rather than continue standing disconsolately on the edges. Taking a deep breath, I approach those two girls, as they look the most friendly and least couple-like.

That simple approach, like so many others to come, is my first solo lesson of this tall ship voyage: even cruising solo, it’s all about the people you’re with. 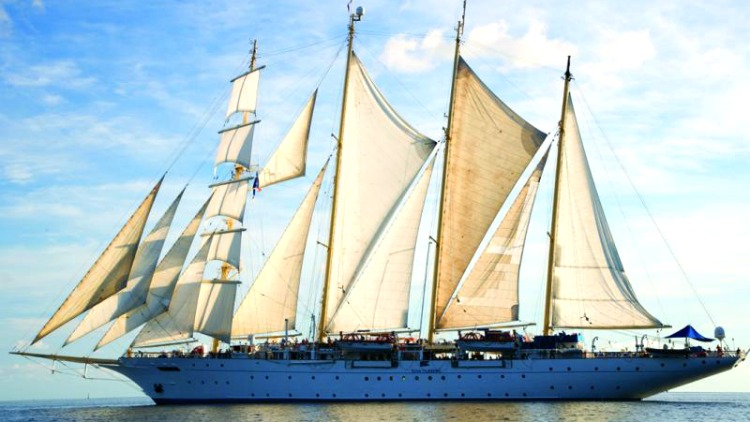 I am on the Star Clipper tall ship, embarking from Venice, Italy. Ahead of me is a 10-day Eastern Mediterranean cruise, calling in small ports such as Mali Losinj, Kotor, and Yithion, along with Dubrovnik and Santorini, eventually sailing in to the port of Piraeus, Athens.

In the wonderful island city of Venice, I had already made a new friend, the knowledgeable and vivacious Italian tour guide, Rossana Colombo. It was she who explained why Venetians never walk between the two pillars in St. Mark's Square (it’s really bad luck!) and drew images with her words when describing how the old women used to be called to the wells with the city’s bells, becoming the first water cooler gossips. Not only did she show me an insider’s Venice, she also happily responded to my email questions outside her office hours.

Now, on board the practically luxurious Star Clipper ship (she is a sailing ship, not a cruise ship!), and thousands of miles from my Welsh homeland, I meet a woman who grew up less than 20 miles from where I now live. Her husband (they are that elegant pair) is also Welsh, and we immediately create the ship’s Welsh alliance.

Over the next 10 days, I make so many more new friends – our table on the last night is crowded with 11 of us.  There’s the flamboyant American couple from Miami Beach, Florida – wonderfully garrulous, and spectacularly friendly, they are full-blown characters. The knowledgeable septuagenarian hiker, who lost his wife a few years ago and now travels voraciously. Of course, it is those stories behind the cheerful faces that I am now made privy to: the dire medical prognosis of 12 months of remaining life; the very alone young widow, persuaded on this voyage by her mother and partner; the emotional memories of a fierce partisan war, hidden behind a young, laughing face. Unseen wounds and scars – integral humanity. 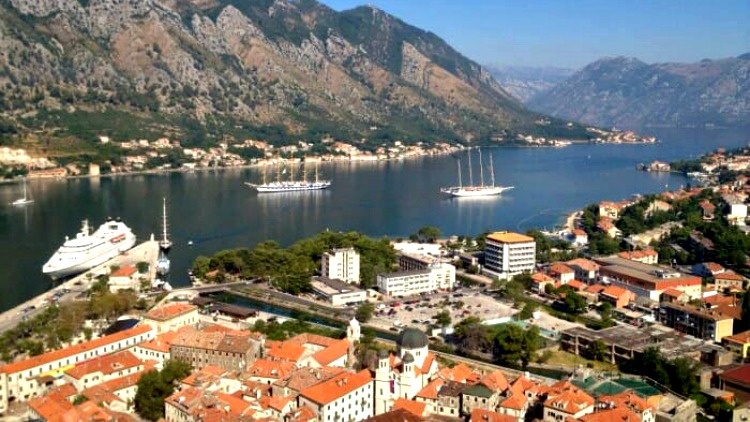 Kotor, Montenegro – where the cats are very chatty!

The great privilege of traveling solo is to be allowed into people’s lives, sharing their emotions, their stories, their joys. In Dubrovnik (which I fell in love with instantly!), I meet a friendly local businessman, who runs an unique jewelry shop with his wife. We chat, and he invites me to share wine with them at his family’s restaurant. We chat about politics, the SerboCroatian war (he was thirteen when the bombs fell on Dubrovnik), and life.

And it’s not just humans that I meet: I talk to the many cats of Kotor, and make friends with a Croatian dog and his friendly restaurant-owning guardians.

Somehow, all this new contact is easier when I’m traveling solo – the reaching out, the making new friends. I am more vulnerable solo, so maybe more approachable, less encased in a shell of coupleness. I am visibly more open to new experiences, more aware of the value of contact.

That’s what solo travel is about for me – the joy of contact.

We even created a Facebook Group, simply for sharing this tall ship voyage.

And those two girls I first said hello to? Well, they’re both from Portsmouth, and one has her own business as a personal cruise expert, including solo adventures, so we’ll definitely be staying in touch.

Long may all our friendships last.

For tips on starting conversations and meeting people while traveling, see Travel Solo and Talk to Strangers. To get a feel for a different type of cruise, check out Solo on a River Cruise: Enjoy Both Social and Alone Time.