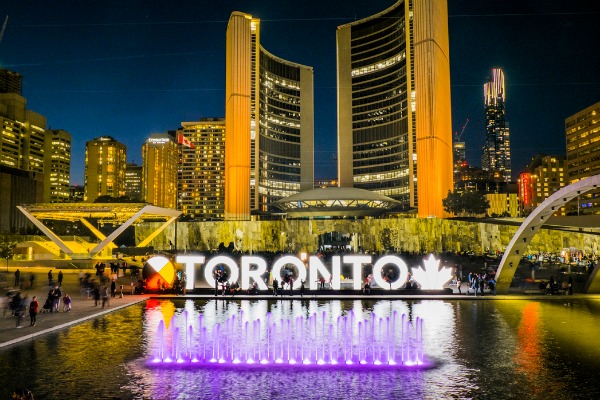 Let me gush about my home town for a bit and tell you why Toronto is a great destination for solo travel.

There’s nothing like seeing a city from the perspective of a visitor to make you appreciate home.

That’s what happened when I attended the Collision Conference last week. I didn’t quite manage to talk to everyone from the 125 countries represented, but I spoke to many and, on a few occasions, people mentioned their surprise and love of Toronto.

Yes, Toronto is a modern city that is often described as “so clean” and “friendly”. It’s the financial center of Canada, it has a vibrant downtown that is alive day and night, a wonderful waterfront along Lake Ontario, lush green parks, and bike paths to get you anywhere. There are the Toronto Islands which, in addition to offering many activities, give you a spectacular view of the city at sunset, and, of course, tourist attractions like the CN Tower, the Ontario Science Centre, Ripley’s Aquarium, the Art Gallery of Ontario, and the Royal Ontario Museum. But there’s so much more.

In my opinion the “so much more” comes from the fact that about half of Toronto’s population was not born in Canada. In a city of almost 3 million people, that’s significant and has a rich, exciting impact in terms of the food you can taste, the neighborhoods you can explore, and the comfort level of just about anyone visiting from anywhere. I’m not saying that Toronto has it all sorted; there are many challenges to be faced as there are in any large city.

Toronto’s diversity is one of its greatest features. And though it can be expensive, like any large city, enjoying the diversity is not. If you know your way around, there are plenty of affordable things to do. So Tracey and I put our heads together to come up with a big list of free and low-cost things to do in our home town. Here you go… 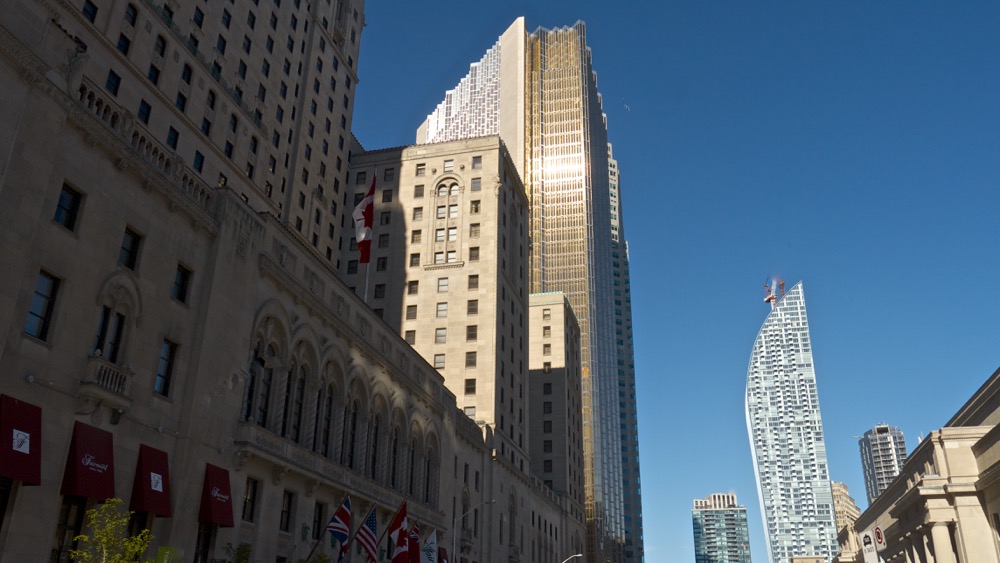 Three of my favorite buildings in the city. In the foreground, The Royal York Hotel, one of the original 19th century railroad hotels in Canada. In the middle ground, the Royal Bank Tower from the 1970’s with its gold windows. In the distance, a more recent building on the Toronto cityscape. It’s the residential L Tower. I just call it the sail building.

Solo Travel in Toronto: Walking is the Best!

Sometimes finding a little bit of country in the city is just what you need. 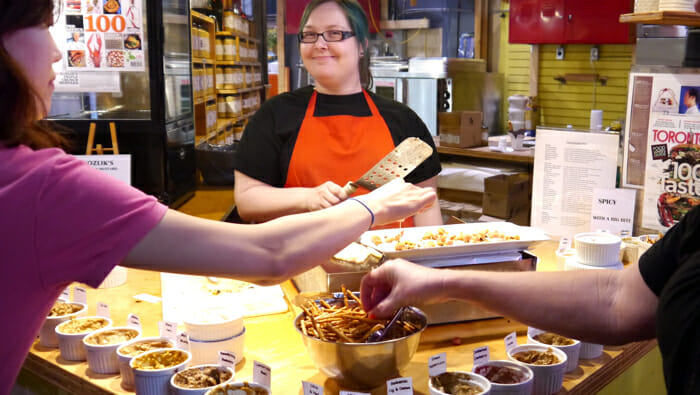 The Koslik’s Mustard Stand at the St. Lawrence Market rated as the #1 market by National Geographic Traveler. 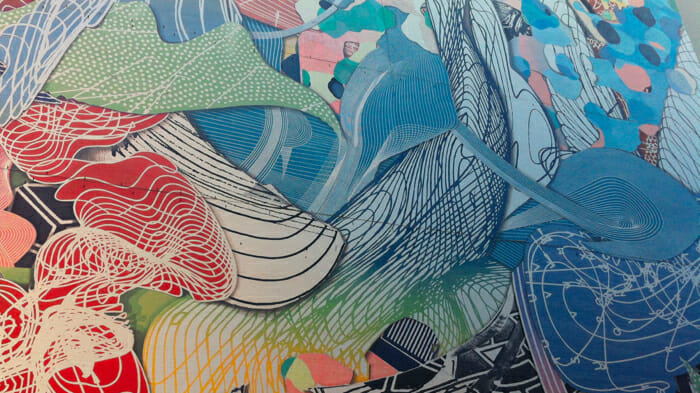 Poke around and you’ll see beauty where you least expect it. This mural is on the back of the Princess of Wales Theatre (King Street West).