You are here: Home / Solo Travel Destinations / Europe / France / A Solo Side Trip to Lyon – and French Lessons! 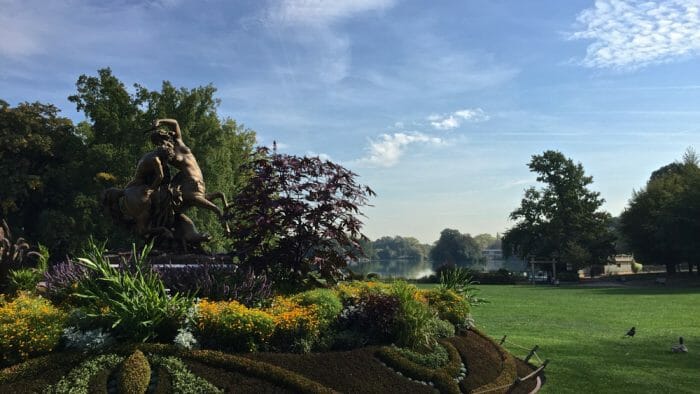 Many of us go to conferences in the course of our work. For solo travelers, it's not uncommon to tack on a day or two at the end of one and flip a business trip to a leisure trip.

With my personal project of the year being to become fluent in French, after attending and working on The Social Travel Summit in Kitzbuehel, Austria, I made the trek to Lyon, France. After all, what are a few hours travel to a Canadian if it means a new European city, another culture and, in this case, a chance to improve my French?

If you read A Short Trip to France: Planning Where, Budgeting & Booking, you know that finding my French destination took a little work. However, I was successful and if you're interested in taking French while in Europe, I can recommend Alpadia Language Schools, a Swiss company that offers French courses in Lyon and Montreaux and German courses in Berlin and Freiburg, Germany. After researching my preferred school based on location and reviews I contacted Alpadia. For transparency sake, they did host me for a few hours of private classes (I did not have a week to join a group) and covered my homestay. 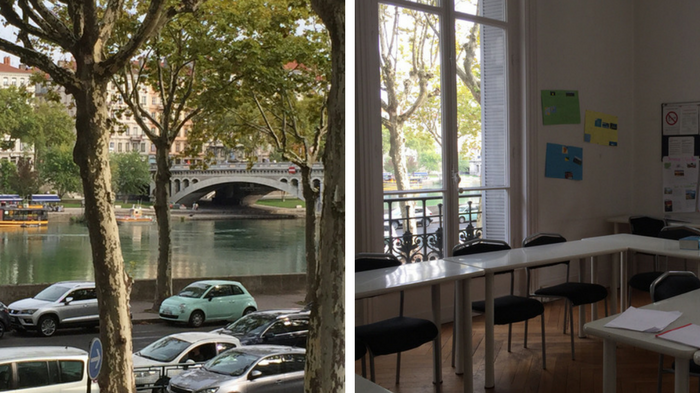 Alpadia Language School is located in the city center on the Rhone – perfect!

The Fixer of Small French Words

I spent my time at the school with my teacher, Marion. She referred to herself as the clean-up teacher. She specializes in sweeping up student mistakes and replacing them with the correct words and sentence structure. After speaking for only a few minutes we agreed that the devil is in the details, or le diable est dans les détails, and focused on all my small errors. For example:

I could go on. She fixed many small words that scream my limitations with the language to the ears of a native speaker. I have my notes to help me memorize her corrections plus she gave me exercises to do to help reinforce all the small tweaks she made in different contexts.

It was a Friday evening that I was there and, as is common for the school, they had an outing planned. I joined other students for a Champagne tasting and tutorial. I learned a lot about the terminology, grapes, and types of champagnes and decided that my preference is for Champagne Nature which is the driest of champagnes.

I not only learned about champagne but it was also a lot of fun!

Lyon is a Perfect Setting for Learning French

Lyon is a major city in France, third largest after Paris and Marseille, but it doesn't feel large. It is a bit more relaxed. The town is built at the convergence of two rivers which makes for a very pretty setting. It is also known as the gastronomic center of France.

Next time I'll tell you more about my visit to the city. 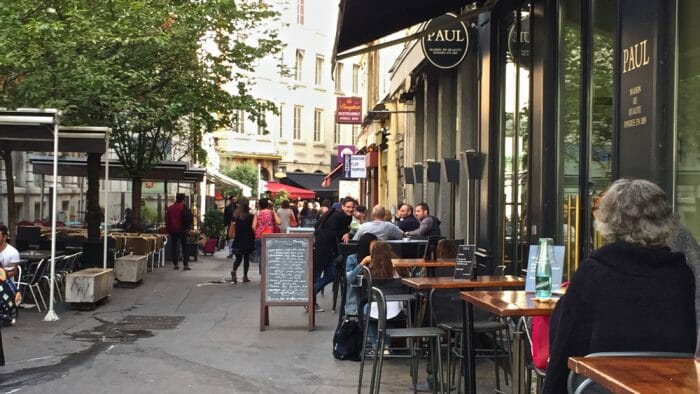