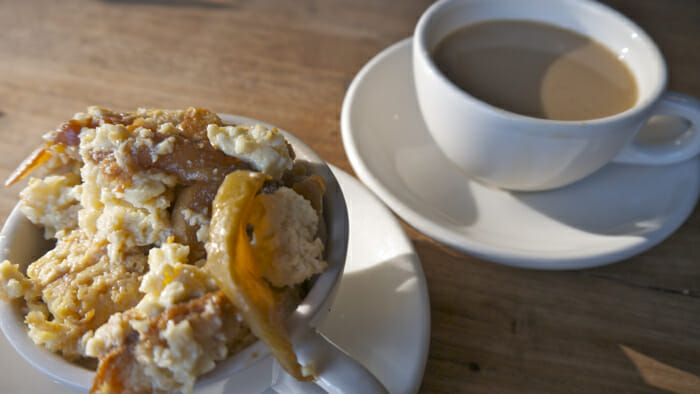 My bread pudding and coffee at Tartine Bakery and Cafe. Mmm.

I am not untypical.

I do basic research before going on a trip. I check out my blog and others and I plug into Google “What to do in … ” and see what's suggested.

I develop a plan. However, I frequently deviate from this plan as I receive suggestions from people I meet along the way. I like to be spontaneous and get off the tourist track.

So, while I did typical tourist things in San Francisco such as ride a bike across the Golden Gate Bridge and see the sea lions at Pier 39, I also did a few things that are definitely more local – thanks to personal recommendations.

One was a trip to the Mission District and Tartine's. You see, I was in Vancouver at the beginning of this trip where I visited my sister-in-law and family. My brother-in-law bakes bread and for him, bread mecca is Tartine Bakery and Cafe in San Francisco.

Tartine's is a happening place. In the afternoon when the bread is ready for sale, the line goes out the door and the bread itself sells out quickly. Both Tartine's and the Mission District were worth the trip – neighborhoods in transition always are. 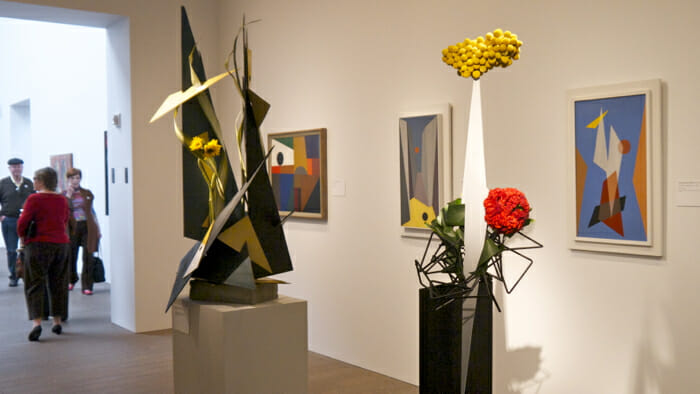 A glimpse of what the Bouquets to Art looks like.

While sitting at a large communal table enjoying my bread pudding and coffee, I chatted with two women who assumed that I was local. In fact, they were more local than me. They had come in from a small city south of the San Francisco specifically to see the Bouquets to Art exhibit at the de Young Museum. They were very excited by it.

So one personal recommendation for a local spot led to another for a local event. I went to the de Young the next day to see the annual Bouquets to Art exhibit that, it seems, the whole city turns out for. 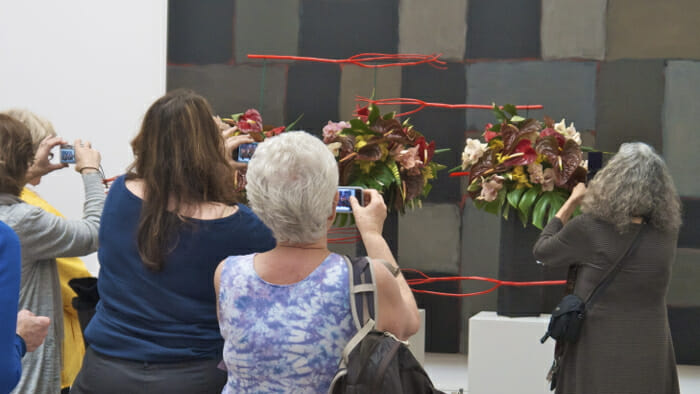 Bouquets to Art is clearly very popular. I certainly wasn't the only one snapping photos of the wonderful creations

A springtime tradition worth planning a trip around.

Bouquets to Art is an annual fundraiser at the de Young Fine Arts Museum in San Francisco. 2014 is their 30th anniversary. Each year local floral designers create works honoring specific pieces of the museum's permanent collection which are then displayed side by side with the works that inspired them. The results are amazing. Sometimes reflecting the piece, sometimes complementing it, all offer an interesting representation. And I really like the fact that the event focuses people's attention on the museum's permanent collection which can sometimes be overshadowed by special exhibits.

Here I have done my best to capture the Bouquet to Art exhibit for you. At the end, I'll give you museum entrance details as I hope that you might make it there in the future. 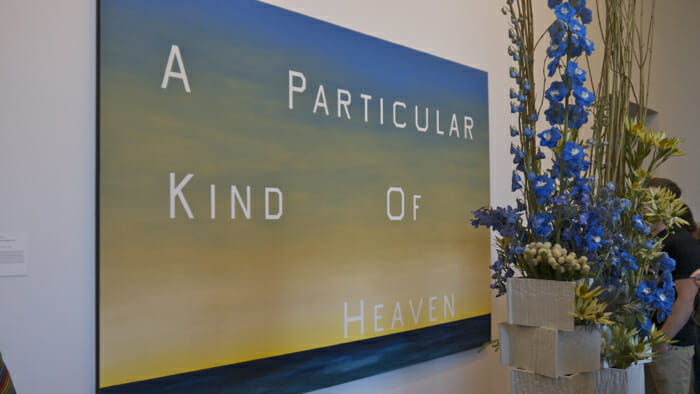 A Particular Kind of Heaven by Ed Ruscha 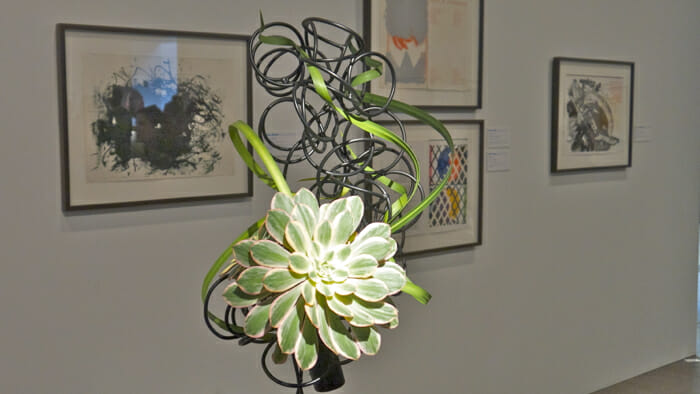 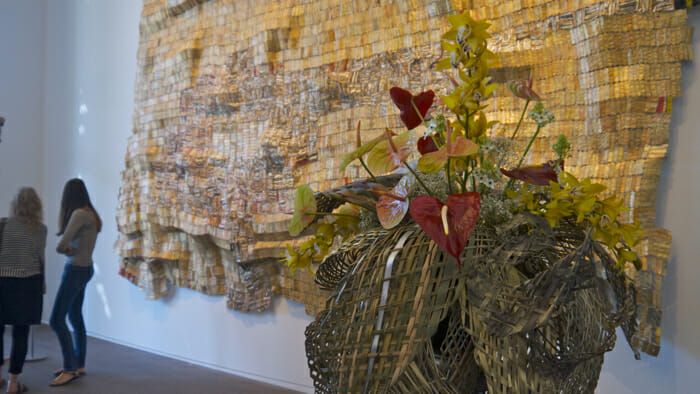 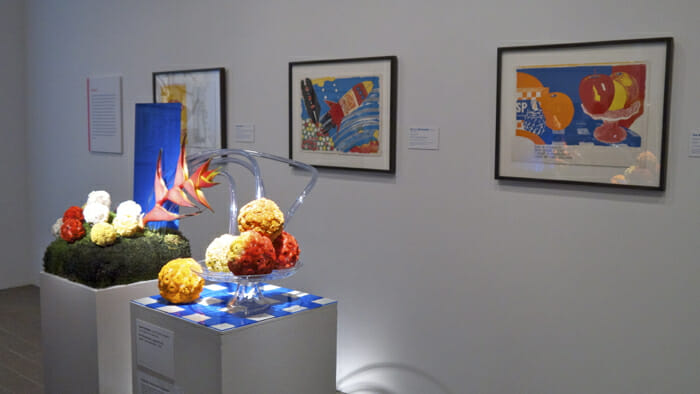 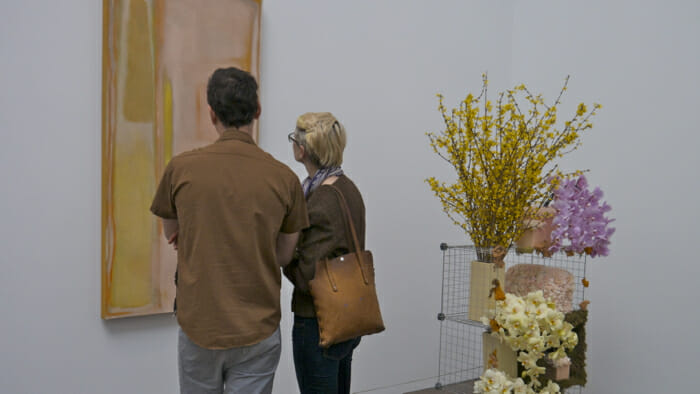 Untitled by Mark Rothko. It's difficult to see but the woman's hair has the golds and mauves of the painting in it. I couldn't resist taking the photo with her in it. 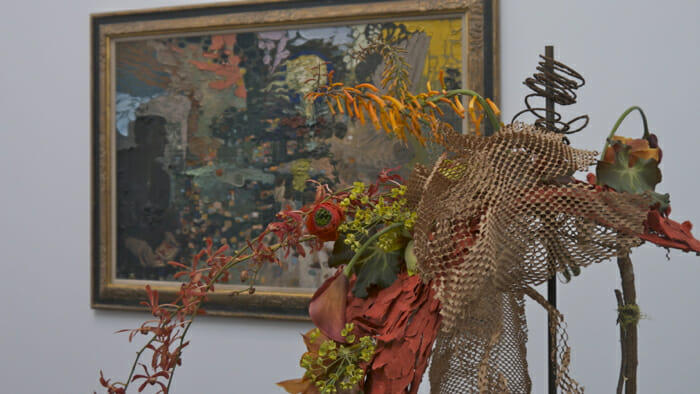 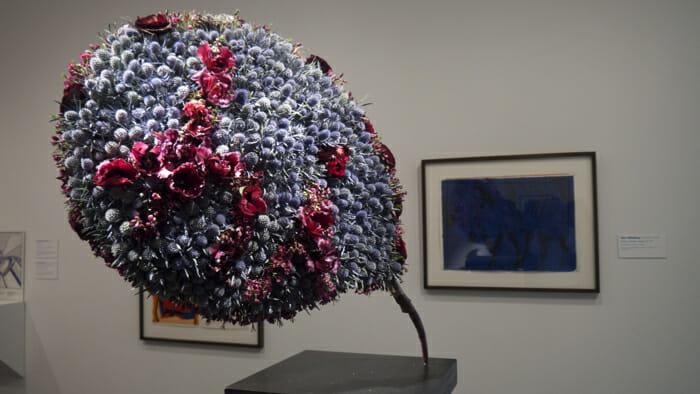 Parade of Women by Claes Oldenburg 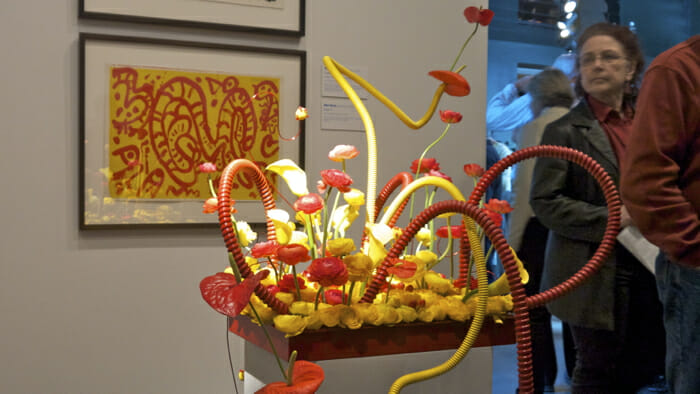 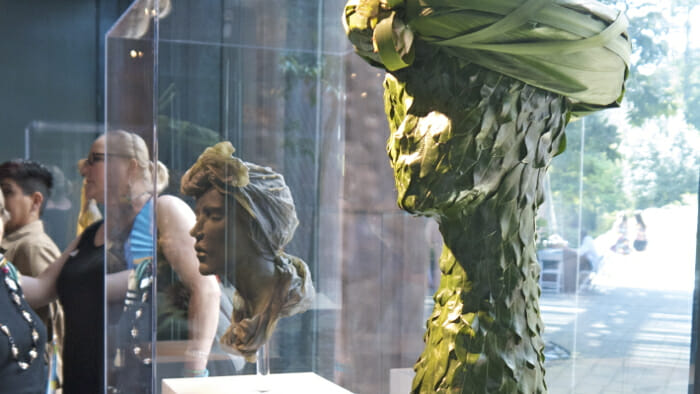 Untitled by Nicholas Africano. The bust is in cast glass. 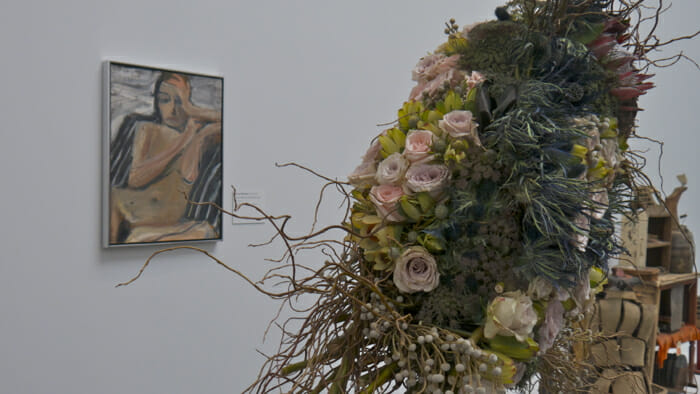 Unfortunately I missed the name and artist on this one, but the representation of the nude was quite beautiful.

General admission to the de Young is usually $10 but during the Bouquet to Art fundraiser it is $23. This also included my entrance to the Georgia O'Keefe exhibit. A few things to note: