You are here: Home / Solo Travel Destinations / Beyond Sydney: Bushwalking in the Blue Mountains 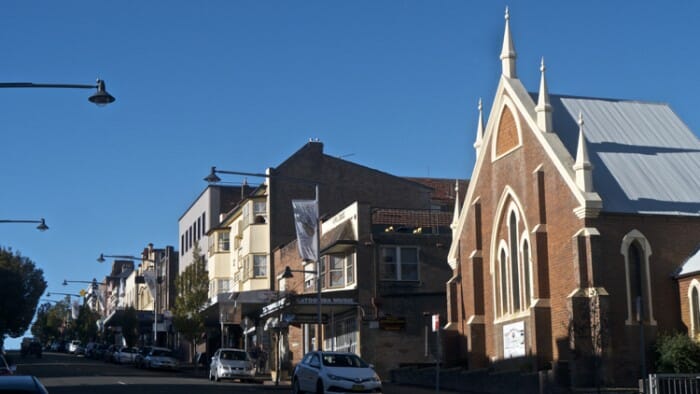 Katoomba is a small town that was developed as a tourist destination in the late 19th century.

The Blue Mountains, Echo Point and the view of the Three Sisters are likely, collectively, the most popular getaway from Sydney.

To see all three your destination is Katoomba. It's not the prettiest of towns and it seems to have fallen on some hard times as a few shops are empty, but there are also some good restaurants, a 19th-century hotel built in the grand old style and access to some great hiking, or bushwalking as it's called in Australia.

Please see below for information on

Here's are some photos to give you a sense of the hiking. 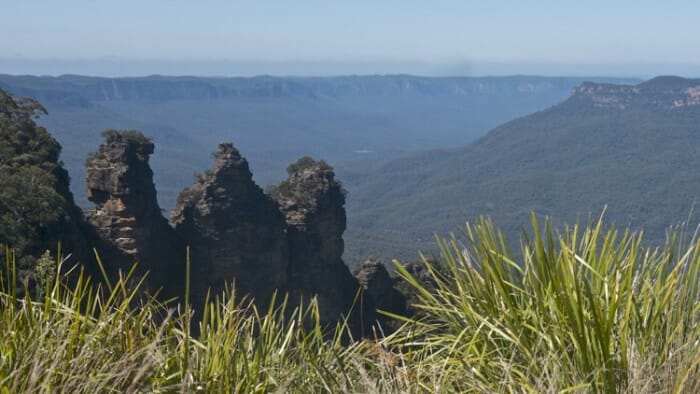 View of the Three Sisters from Echo Point.

But what you see there is just a smidgen of the Great Dividing Range that runs over 3,500 km along the eastern coast of Australia from Queensland through New South Wales to Victoria.

According to posters put up by the local authorities, more than 130 people get lost in the bush of the Blue Mountains every year and some don't make it out at all. I am not the most intrepid of hikers and therefore stayed with the path. 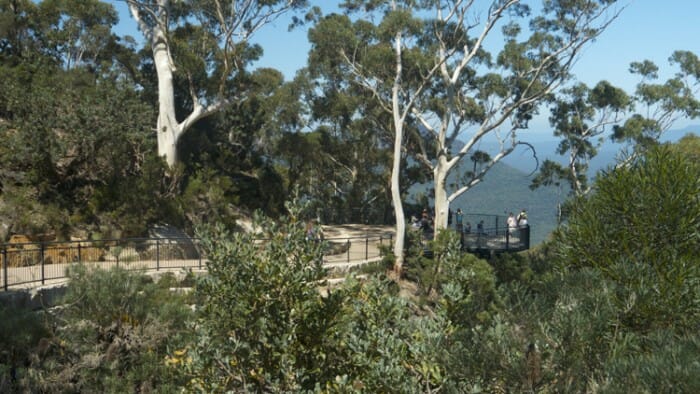 A viewpoint a little closer to the Three Sisters and along the path to the Giant Stairway. 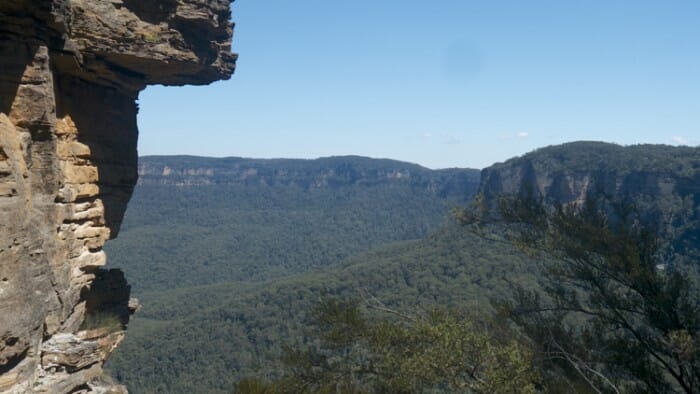 There's a path right to the Three Sisters. This is a view from one of the Sisters. 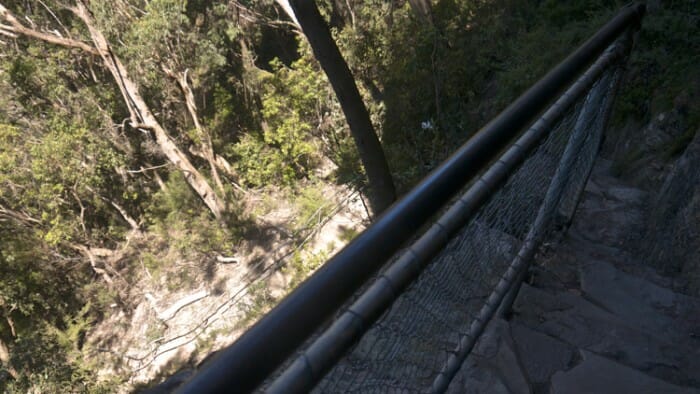 Further along the path you start down the Giant Stairway. One has no sense of how far and how steep it is at the beginning. Believe me, it is both! 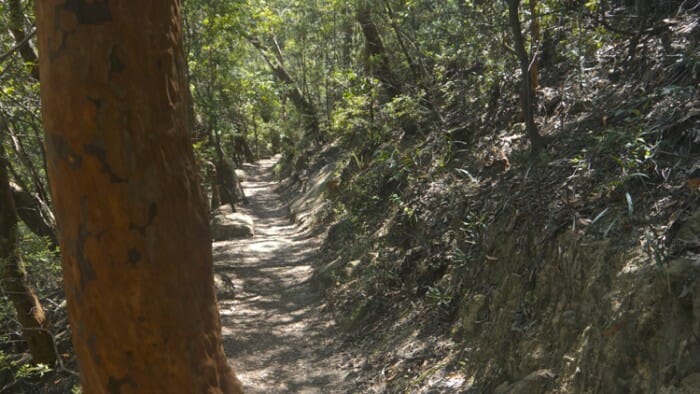 The National Pass is the trail that goes along the bottom of the valley (or what is called the bottom but certainly isn’t). It is found at the bottom fo the Grand Stairway. 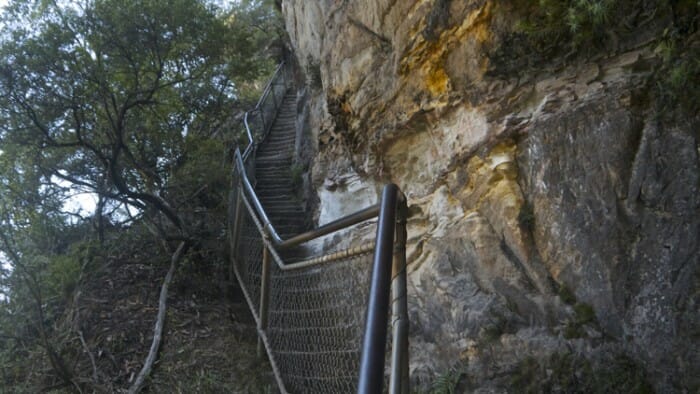 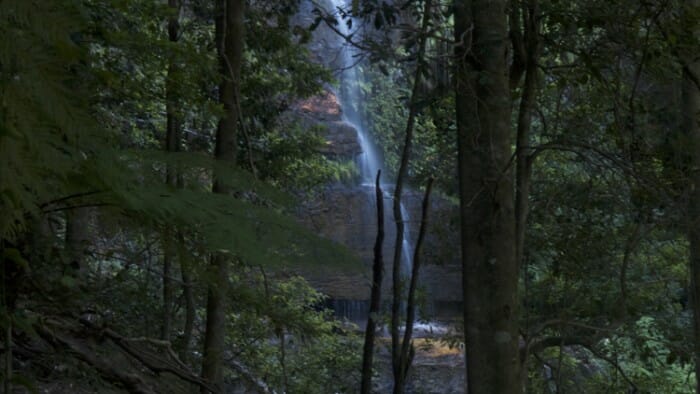 A waterfall view from the Furber Steps. 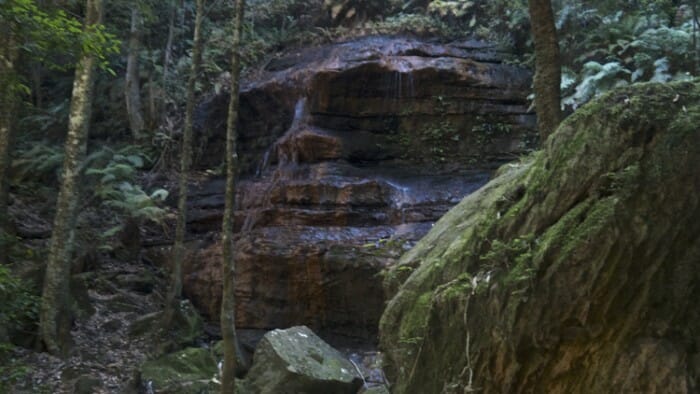 Nearing the top of the Furber steps is this dramatic, natural face in the stone structure. 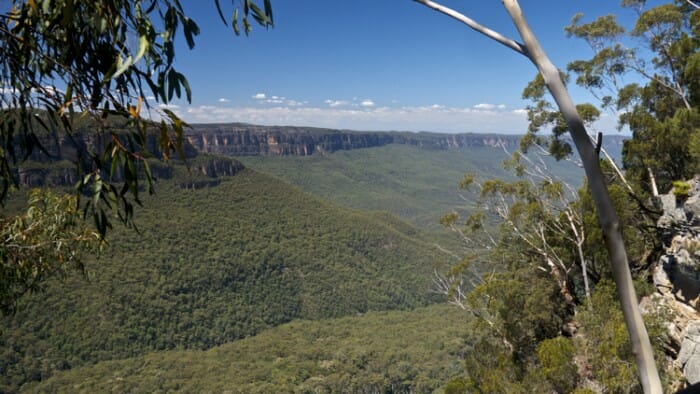 The Beauty of the Blue Mountains goes on forever.

If you have a second day to hike in the mountains, take the bus to Leura and hike back stopping in at the Leura Cascade and working your way along the Prince Henry Cliff Walk to Echo Point.

About the Blue Mountains and Katoomba 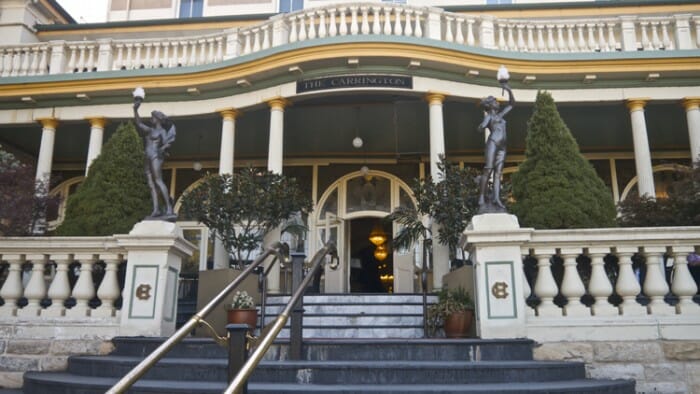 The Carrington Hotel in Katoomba. 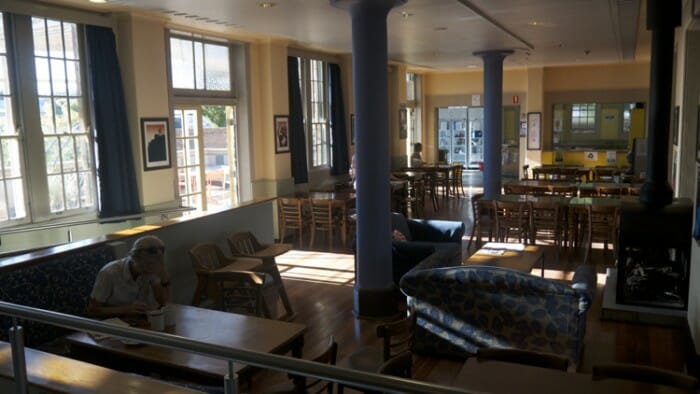 The common room and restaurant of the YHA Blue Mountains. 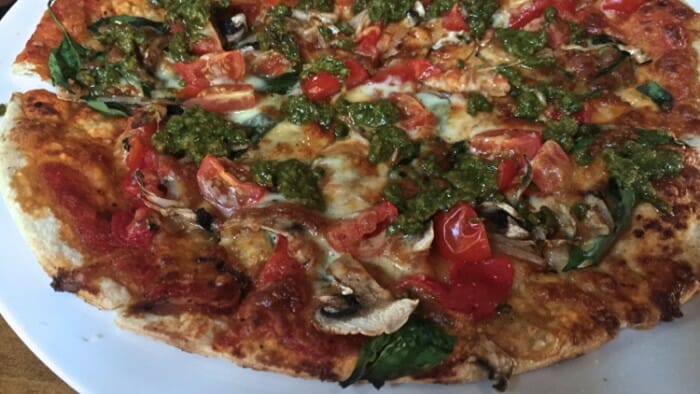 A photo never does a pizza justice. This pizza at the Station Bar was yummy! 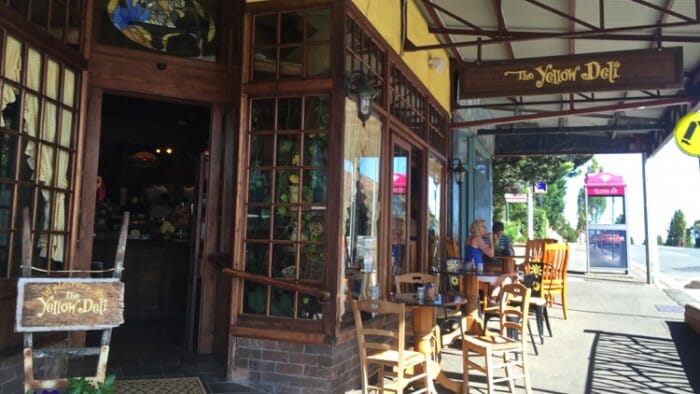 The Yellow Deli has an extensive menu of healthy meals.