You are here: Home / How to Travel Alone / A Solo Point of View / Bridges, New Perspectives and Solo Travel 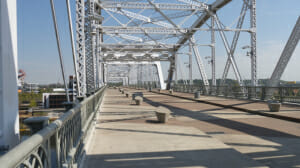 It's a forest for the trees type of situation.

In the center of a city you see the details of its character. The rush of people – or lack of it. The architecture, what's in the shops, fashion, how the transit system works and so much more.

To get the big picture of a city you need to stand back and the best way I've found for doing so is by walking a bridge.

This past year I have visited three American cities, each has been on water and in each case I have taken the time to walk a bridge and take in the city as a whole. Studying the skyline gives you a sense of scale and let's you see the landscape (hilly or not) the city lives within. The number and type of bridges across a river can give you a sense of the city's commerce. Looking in the directions that are not the subject of typical postcards can reveal a different, likely less affluent, aspect of the city.

A bridge, by providing some distance, offers new perspectives on a city. Likewise, solo travel gives you a chance to gain distance and perspective on life. Without being surrounded by those who have expectations of you on a daily basis you can rediscover yourself.

Oh the metaphors. Solo travel can be a bridge to you. 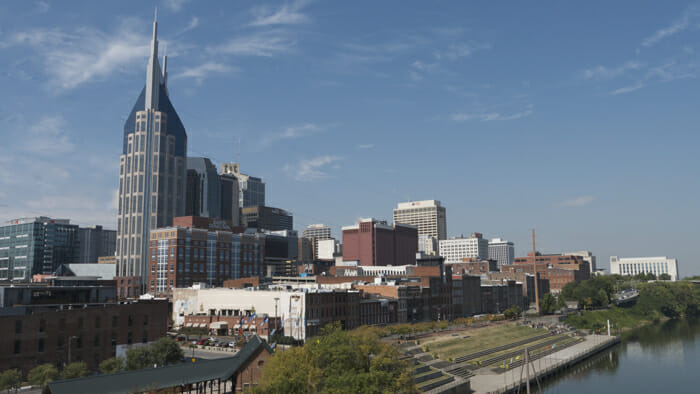 View of Nashville from Shelby Street Bridge – small city with a waterfront that is used for public events. 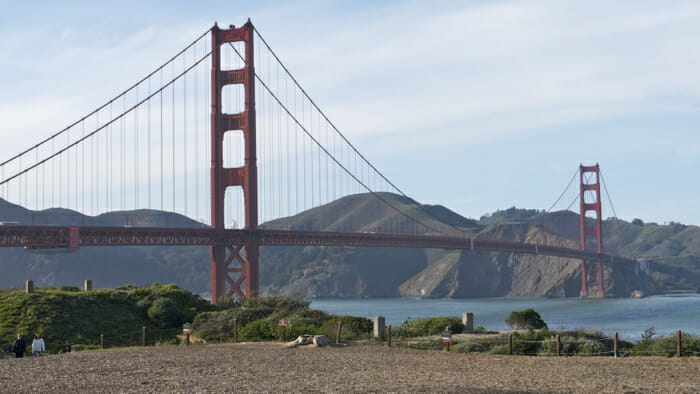 View of Golden Gate Bridge from which San Franscisco's hilly landscape is revealed. 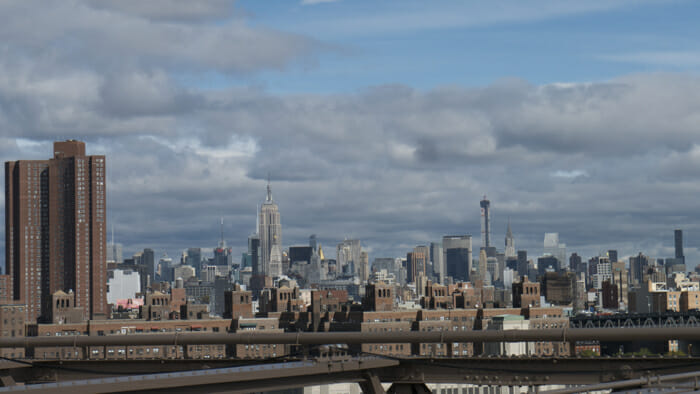 View of New York's Lower East Side from Brooklyn Bridge – not your typical postcard view of NYC. 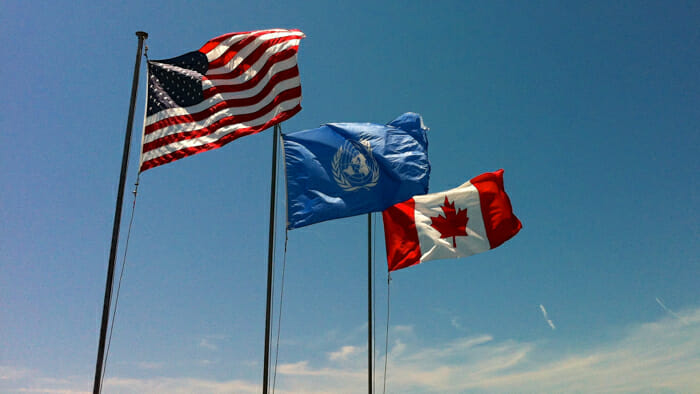 Flags at the center of the Peace Bridge that runs between New York State and Ontario – a beautiful symbol of the friendship between two countries.