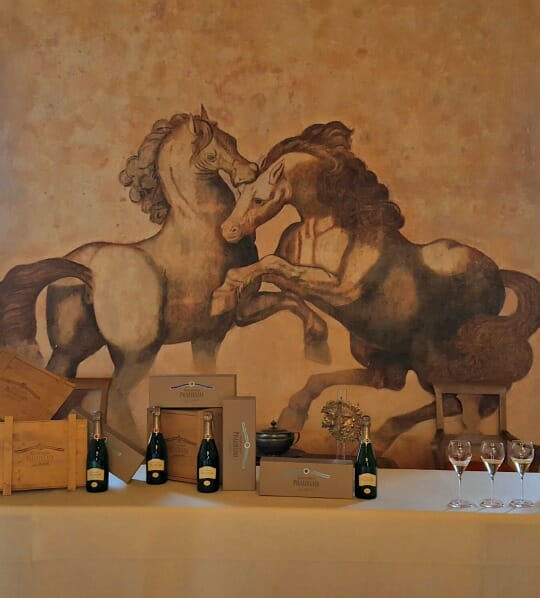 In the tasting room at Palazzo Lana Berlucchi.

How is it possible that I am actually here?

Have I somehow stumbled onto a movie set?

These are the questions I found myself asking while attending a wine tasting that was part of the Franciacorta Wine Festival in the Lombardy region of Italy. As I gazed around the beautiful old room at Palazzo Lana Berlucchi, I hoped that my disbelief and excruciating delight were not as evident as they felt. I hoped that I appeared grown-up and mature, and that my face did not resemble that of my 6-year-old niece on Christmas morning. If this was a dream, I hoped that no one was going to pinch me awake. 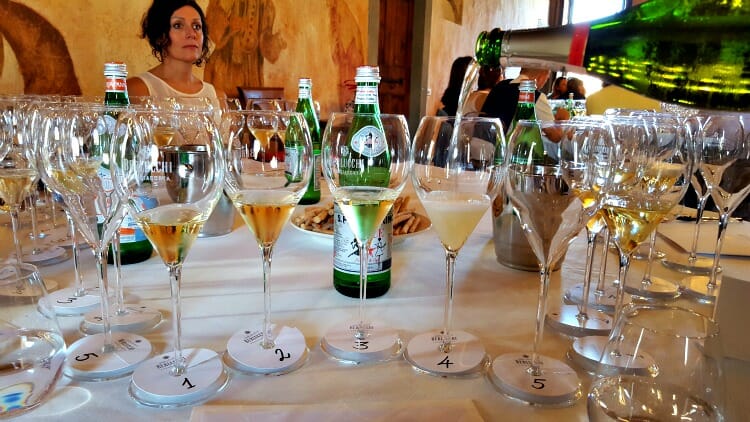 The tasting was being led by Arturo Ziliani, son of Franco Ziliani, the winemaker who first broached the idea of producing a sparkling wine using méthode champenoise, the traditional French method of making Champagne, at Berlucchi. We were tasting five wines from their reserve collection. They were a revelation for me, as the only sparkling Italian wines I was familiar with were Prosecco (of which I'm not very fond) and Lambrusco, which I had just discovered the week before in Emilia Romagna. Both Prosecco and Lambrusco struck me as casual, everyday wines, but with one sip from the array of glasses set before me, I knew that these were serious wines. The wines of Berlucchi, which is the leading producer of sparkling wine in the Franciacorta area of the Lombardy wine region, easily rivaled most Champagnes that I have had. 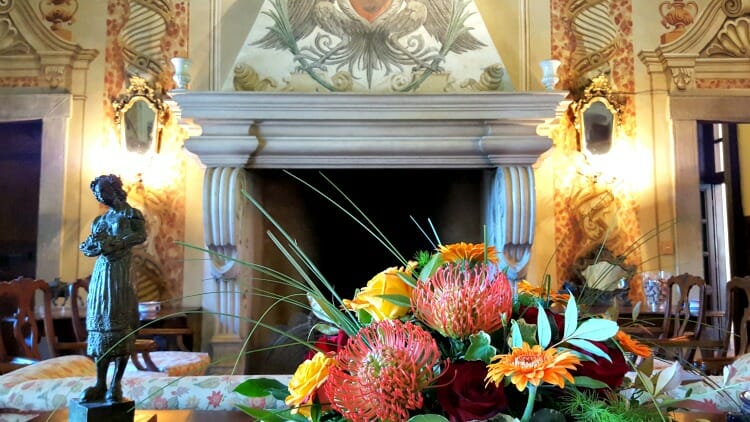 From the time you walk through the door into this reception area, you are transported to another time.

The palazzo itself was like a film set. Hearing that the children of Ziliani actually live in this fairy tale setting was enough to set me daydreaming of what that must be like. Learning that it also houses a foundation that Guido Berlucchi established to fund research into prevention and treatment of cancer made it even more special. 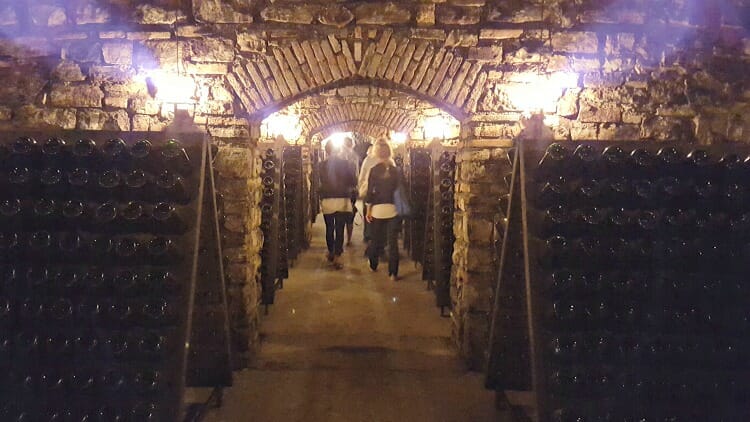 I toured what seemed like a massive cellar, but in fact, it only houses a portion of the Berlucchi collection.

Descending into the wine cellar was equally interesting. What seemed like a huge area was in fact only a part of their cellar space. There is something about seeing a wine in its various forms – from the hot and sunny green vineyards, to the dark, cool, quiet caves, to the unmistakable pop of the cork that precedes the pouring of the delicate, pale gold effervescent liquid into the glass – that is so satisfying. I brought a bottle of Berlucchi's Franciacorta (as with Champagne, the wine and the region share the same name) home with me, and when I finally uncork it, I will relive this trip through the wine. 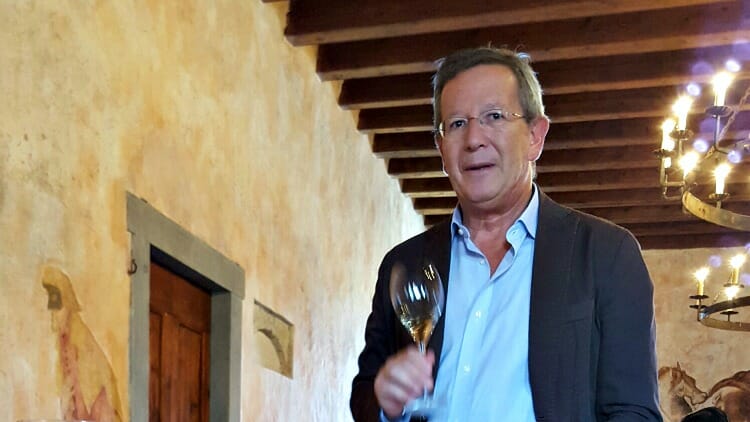 Arturo Ziliani swirls one of his reserve wines as he asks me which of the five I prefer. I am unable to decide. I love them all!

In a way, I have avoided Italian wines up to this point. Not because I have anything against them, but because I have such a huge learning curve ahead of me. Twenty main wine regions, 350 grape varieties, many of which are completely new to me… But I think this trip helped me develop an idea for a strategy to tackle Italian wines: visit one region at a time, meeting the winemakers and exploring the best the area has to offer. It's going to take a long time, but I think I'm up for the challenge. 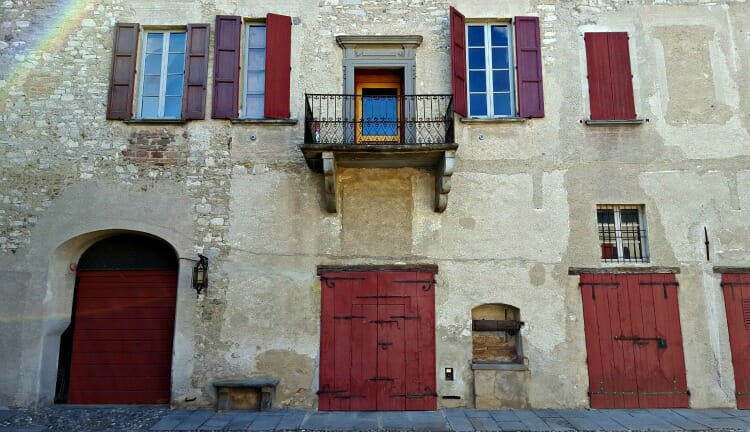 On this trip, I was actually staying in Milan, which, it turns out, is much more than just a fashion center (although it is certainly that as well). Given that my interest in fashion is limited, and my interest in wine perhaps unlimited, Milan worked out very well as it is a convenient jumping-off point for day trips. Grab a coffee (I know, it's not cool to get takeout coffee in Italy, but I'm not much of a morning person, so I really need it) hop on a train at Milan Centrale railway station, and in an hour or so you can be surrounded by grapes.

One more very important thing that I learned about sparkling wines on this trip: there is no need to save them for a special occasion. Celebrate every day. Now that's a lesson we can all implement immediately.

This trip is part of the #BlogVille campaign, created and managed by iambassador in partnership with Lombardy Tourism. All stories, impressions, and experiences will be my own, as they always are on Solo Traveler.