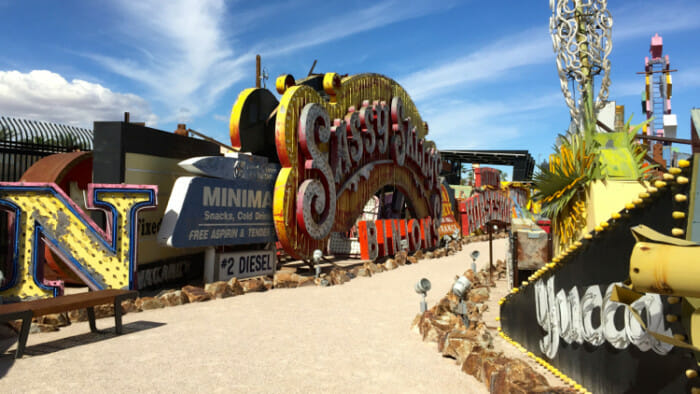 The Neon Museum is an outdoor treasure trove of neon art no longer in use. The tour is a also a fascinating glimpse at the history of Las Vegas.

For me, Vegas is not about gambling. Even if I try hard, I can't seem to get into it.

For me, Vegas is about the scene. And the scene has changed.

When I was last in Las Vegas most of the signs discarded in the Neon Boneyard were still flashing on the strip.

Yes, it had been a long time since I'd been there. It was 1980 and I was twenty-three years old.

At that time the strip was a series of casino hotels for gambling, seeing big shows and eating and drinking on the cheap. You could easily drive along the strip and park. You could walk along the strip, look up and down at the names flashing in neon and be blown away by it as a whole. It was dazzling!

Now, well the strip is still a series of casino hotels for gambling and big shows. The cheap eats are harder to find. A number of the casino names have even survived the changes time has demanded of the city. But the experience of the strip is quite different. Casinos have spread take over the street right to the curb. Sidewalks go in and out of the hotels. There's no chance of feeling Vegas as a whole. It's like being in a mall.

It's like Disneyland – for adults. And I'm not fond of Disneyland. 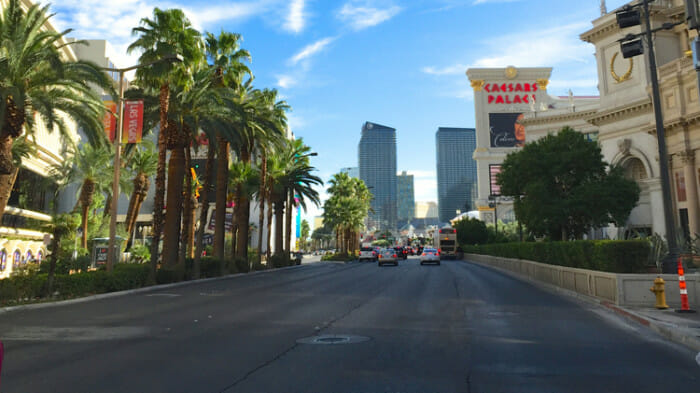 The Las Vegas Strip 2015. Bland by comparison to times past. 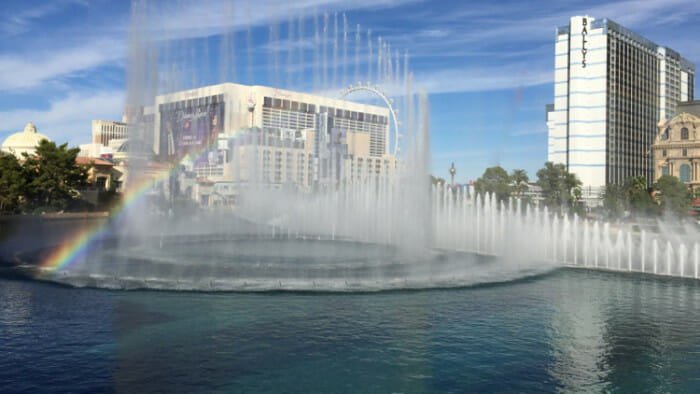 The Bellagio Fountain has a short but quite beautiful water show. 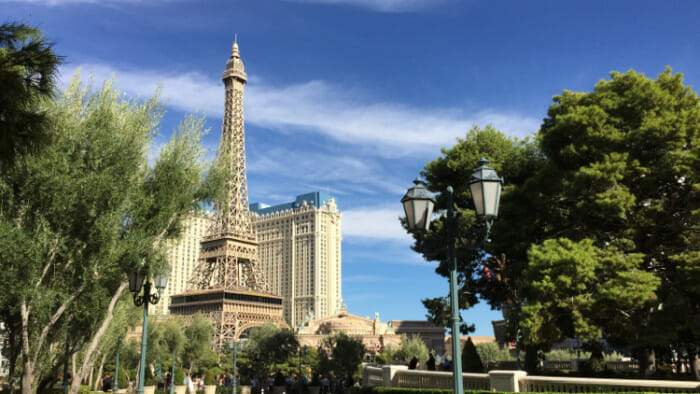 Yes, there is a replica of the Eiffel Tower. 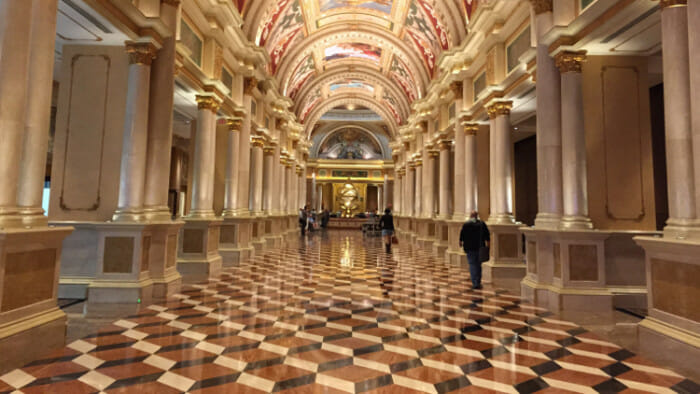 Inside The Venetian Hotel and Casino.

From the Strip to Downtown Las Vegas

I was in Las Vegas for the Society of American Travel Writers convention. It's not a destination that I would normally spend money on. However, I always travel with an open mind, looking for what's cool about a place.

For my money, the cool of Las Vegas is downtown. Slow down. Please don't think that I'm recommending Vegas as a destination. Just, if you are going, don't miss the strip's somewhat gritty, party-sister.

Fremont Street has a lot going for it. You'll find all the gambling casinos you could want including the Golden Nugget – just one of the casinos that hold regular gambling classes. In the evening the street comes alive with the Fremont Street Experience. There are three concert stages for music, zip lines and light shows on the canopy/screen that covers many blocks of the street. You can see the light show in blue in the photo below.

So, while you have to go to the strip when you're in Las Vegas, I highly recommend that you head downtown for an alternative experience. 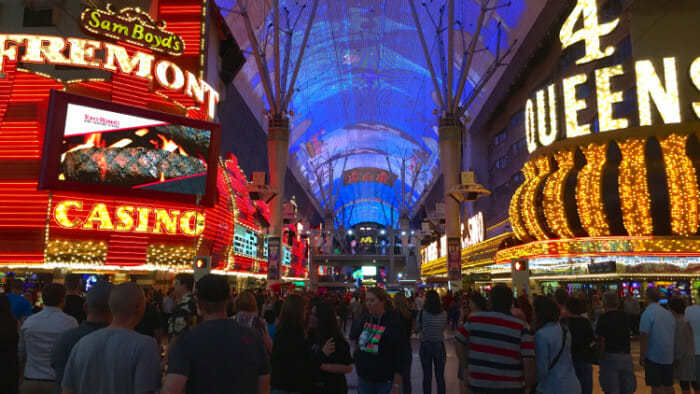 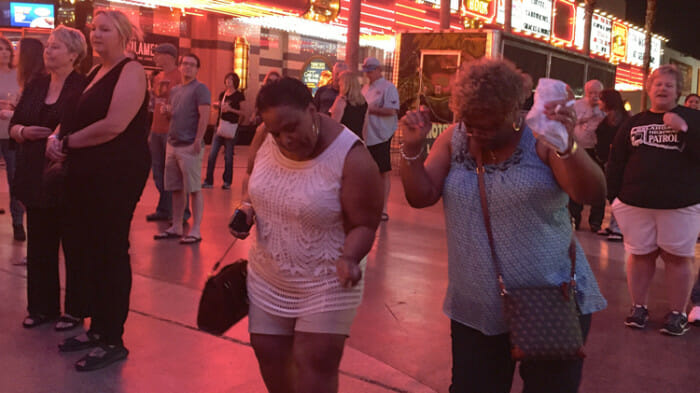 I didn't see anyone having this much fun on the Strip. 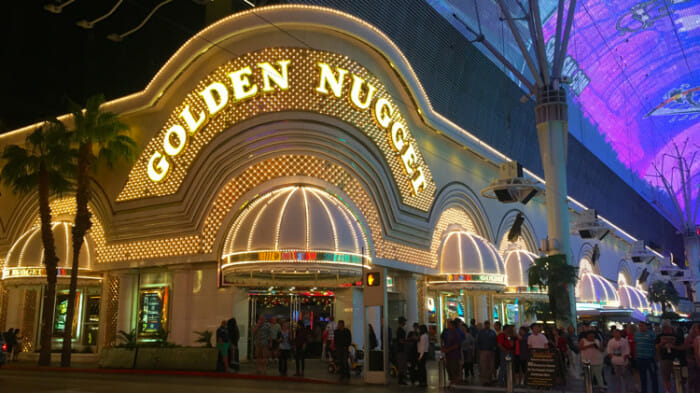 The Golden Nugget lit up at night. 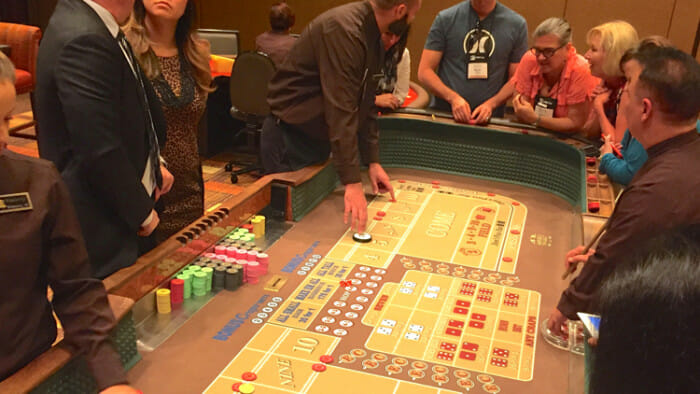 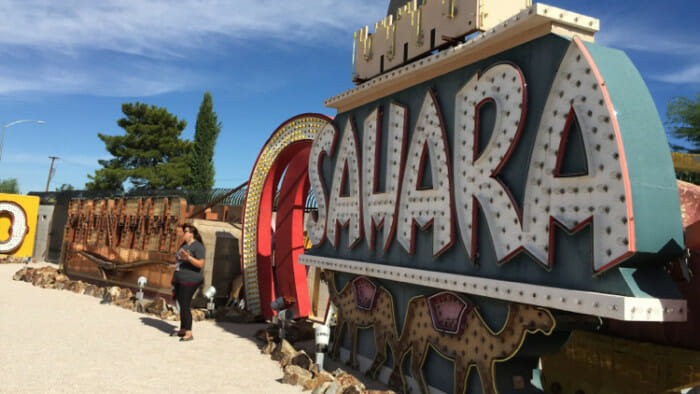 Within walking distance of downtown are the Neon Museum and the Mob Museum. Both are worth visiting.