You are here: Home / Solo Travel Destinations / Europe / Ireland / Literary Dublin: Where to Go and What to Do 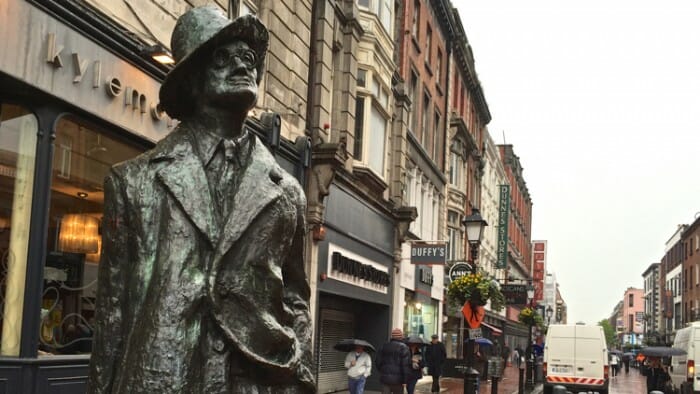 James Joyce statue at the corner of O'Connell and North Earl Streets.

Ireland has produced a disproportionate number of literary greats.

And regardless of from where in Ireland they hailed, they all landed in Dublin at some point in time.

They drank in Dublin. They debated, argued, discussed and wrote plays, poems and novels in Dublin.

As a traveler, the city’s literary past is one of its joys. In fact, it can hardly be avoided. There are monuments, statues, libraries and bookstores to be explored.

And you can also see the

The Dublin Literary Tour should not be missed. A serious student of the classics may find fault with it but for most of us it’s a delightful romp through time and the city center while being entertained and educated over a pint or two.

And there are a few bookstores that must be visited as well.

So it's time to don your sweater with the leather elbow patches, travel to Ireland, and revel in the past and present of literary Dublin.

For more on Dublin, read: 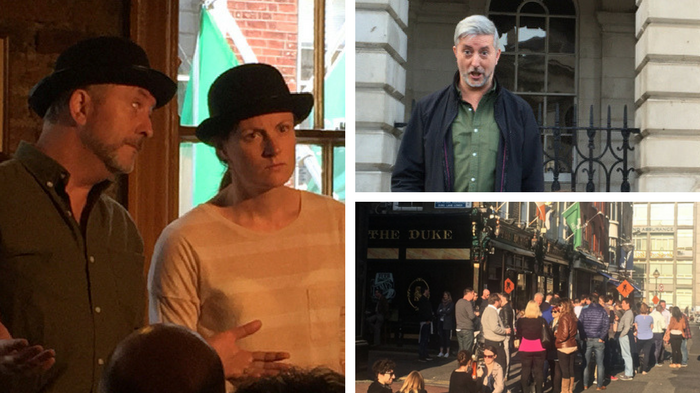 The Dublin Literary Pub Crawl hits the high points of Irish literature with a pint in hand. It's a highly entertaining tour. 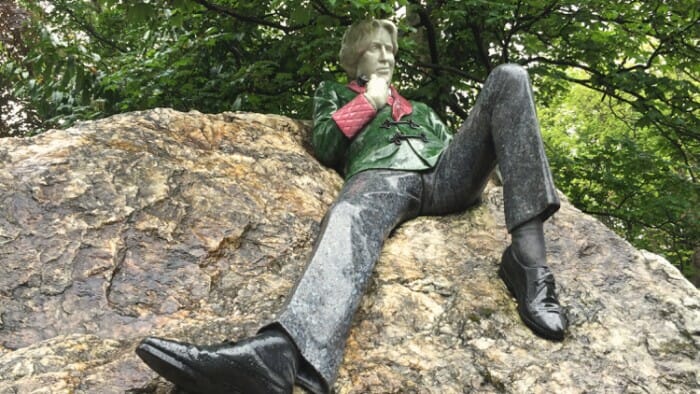 Books Upstairs is an independent book shop that also holds readings in this coffee shop above the book store.