You are here: Home / How to Travel Alone / A Language School Experience: Solo and Very Social 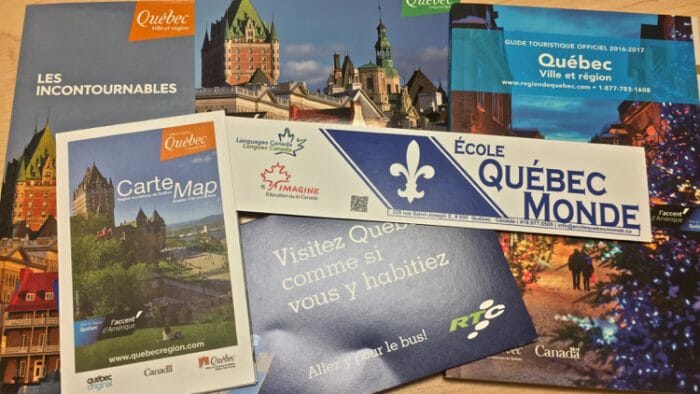 My welcome kit at École Québec Monde included all I would need to enjoy the city as well.

And it's my year to finally become fluent in French.

Since I was a toddler in a sandbox at Carignan Park in Lachine, Quebec I've had some sense of the language. I learned some at public school of course. I took a couple of courses at university. Two decades later I lived in Neuchâtel, a French part of Switzerland for five months, and my knowledge of the language improved – somewhat. But that was, shall we say, more than a few years ago.

My knowledge of French has always run at about 30% – 50%. This year that's going to change.

This year I will become fluent in French. I've been shouting it from the hilltops to keep myself on track. I want to be able to watch any French film and understand without translating in my head. And, more importantly, I want to be able to switch from English to French easily and be confident that I'm not butchering such a beautiful language.

Step One of my campaign to French fluency was to listen to Real Deal French podcasts on my morning walks. This tuned my ear and brought my French vocabulary out of hibernation.

Step Two was to go to Quebec City for a week of French immersion at École Québec Monde. I chose this language school for its reviews online, its flexibility in terms of start and stop dates and because the program runs half-days giving me time to do lots of drills and exercises in the afternoon. I didn't need a test to know that grammar was my big downfall. I wasn't looking for a school with excursions every afternoon. I needed the time to work! 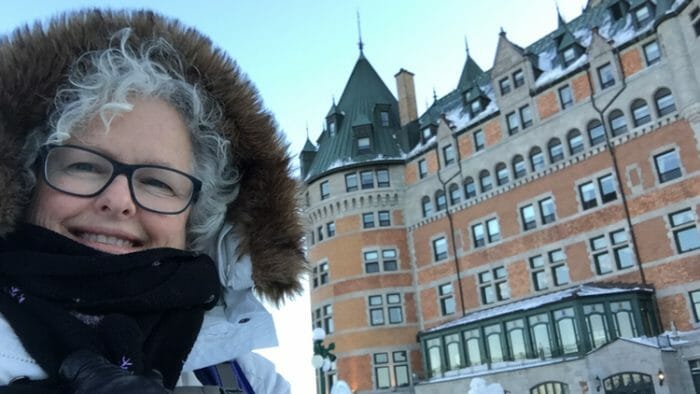 I'm in front of the Chateau Frontenac, a Quebec City landmark.

Studying French for a week is likely the most challenging thing I've ever done on a solo trip. It was challenging and yet hugely rewarding.

I arrived in Quebec City on Sunday afternoon and went directly to my homestay. I would be living with Henriette, an animated Québécoise, and Shredder, a student from India. There were a few hours of light left in the day so I walked to Old Quebec which dates back to the 1600s and wandered through the festivities of Carnival before returning for dinner.

As would be the norm for the next six nights, Henriette, Shredder and I ate a home-cooked meal together and chatted for at least an hour and a half practicing French. Henriette is a retired school teach so she was a fantastic help in our efforts to improve.

I went to bed that night a little anxious. I was nervous. I was throwing myself into an intensive learning experience and wasn't sure I was up to it. Like most things that I think I should do, that I want to do, and yet could easily procrastinate on because I'm anxious about my ability, I booked myself into École Québec Monde to force the issue. Once booked I would have to follow through which, of course, I did. 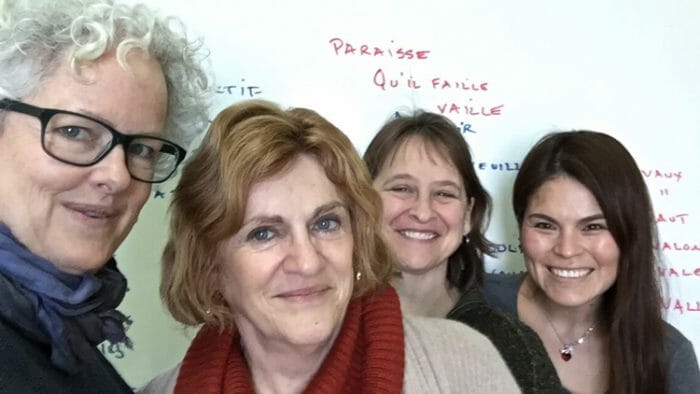 Beside me are our teacher, Josie, and my two classmates, Kathy and Diana. Behind us is the whiteboard. We were learning the subjonctif of verbs that day.

My first day at École Québec Monde was Monday, evaluation day. I spent almost two hours with Xaviere chatting, taking formal written and oral tests and then going for a walk with Xaviere around the school's neighborhood so that she could introduce me to what was close by. By the end of our time together I was exhausted. I hadn't spent that much time listening to and speaking French since, well since forever. Before leaving I was told that I would be placed into an intermediate class which would run from 8:30am to 12:30pm for the remainder of the week.

So the next morning I was up at 6:30am, in time to shower, have a good breakfast and walk to school. There I met my teacher, Josie, and my classmates, Kathy who is from Kansas City, and Diana who is from Lima, Peru. I was so lucky! The four of us got along really well. There was lots of laughter and fun. On the Friday Diana generously had the three of us to her home for a fabulous lunch cooked by her husband.

In the classes there was lots of learning as well as fun. We began each class by correcting the grammar exercises we had done as homework the day before. Then new grammar was taught and more homework assigned. We'd read a small play or short story and then discuss it. Finally there was just discussion based on a series of questions. But the best thing about the four hours was that there was time to go off on tangents and just practice speaking French. To be fluent in a language we have to be able to get our mouths around the words. It's a bit like learning the embouchure to play a wind instrument. If you don't practice, you lose it. If you don't speak French your facial muscles won't cooperate.

After my class in the morning, I would go for a quiet lunch and then do my homework and more in the afternoon. There is a fromagerie (cheese shop) close to the school with the best grill cheese sandwich (which goes by the same name in French). Nektar, a coffee shop a block away from the school became my favorite place for a coffee and homework in the afternoon. Each day I spent about two hours doing French exercises that I found online.

So to summarize my French immersion experience, every day I had:

And the result? In one week my French improved dramatically. I'm totally excited about practicing more. I've found Meetups in Toronto to attend. I will be traveling French countries this year to give myself more opportunities. I think I'll make my goal of French fluency. 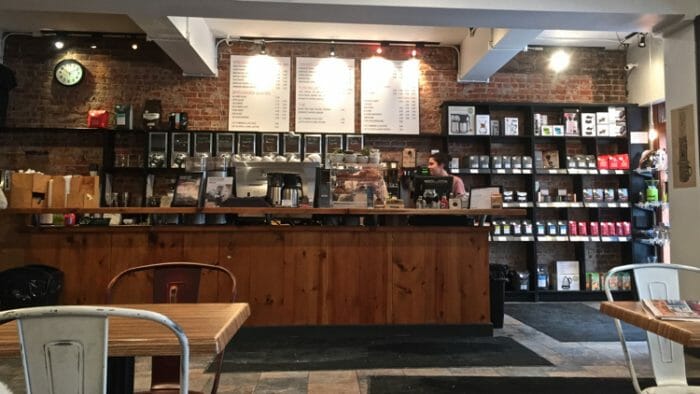 Nektar, a coffee shop close to École Québec Monde where I enjoyed afternoon coffee and a couple of hours of French studies.

Quebec City was the Perfect Backdrop

Quebec City was the perfect place to go to learn French. Sure there are locals who speak English but they love it when people are trying to learn. They aren't impatient at all and happily allowed me to use my French despite the fact that any transaction, whether in a coffee shop or on the bus, took longer than had they switched to English. I was also there during Carnival which is a special time of year.

Next week I'll write more about the city and what to pack for winter in Quebec.

My thanks to École Québec Monde for supporting me on my journey to becoming bilingual.