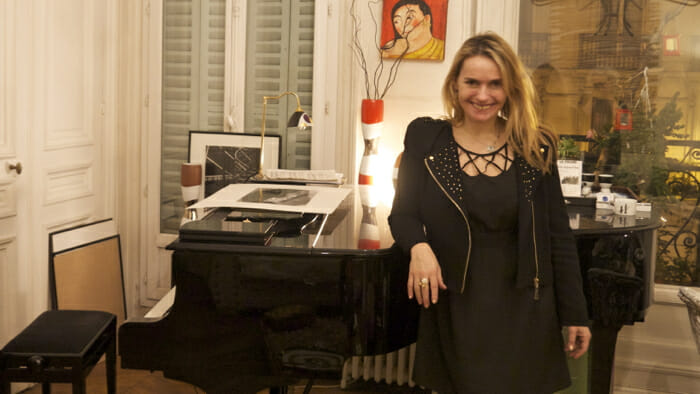 Sasha was my hostess.

I was late. Google maps had never led me astray before but this time its pin was at least a kilometer off.

I was out of breath. I went to the second floor and rang the buzzer only to discover I was at the wrong apartment. Ah, first floor in France is our second floor. Second floor is our third. Up I went yet another flight of stairs.

Finally in front of the right apartment I tried to catch my breath. But before I could Sasha, my hostess, opened the door. She was not in the least affected by my tardiness. She simply smiled and welcomed me into her Hausseman apartment on Rue Lafayette, Paris. I took in my surroundings with a happy sense of my good fortune. For the second day in a row I was in the home of a Parisian for a meal. 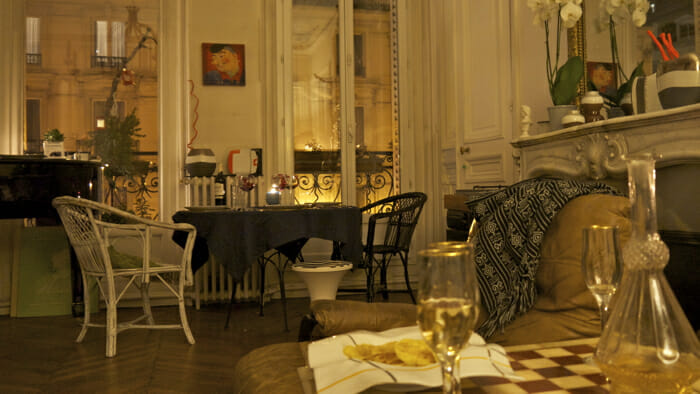 Sasha lives in a Haussmann apartment near the Palais Garnier in central Paris.

The day before I had toured the Belleville district of Paris with Christine, a Paris Greeter.  This evening I was to enjoy dinner and conversation with Sasha who I found through VoulezVousDiner.com. On this website you can search by city and dates to find listings by locals who will host you for dinner in their home. There's a price of course and there aren't hosts in every city in the world but there are plenty in Paris. My choice was dinner “Diner Concert a Opera” with Sasha. 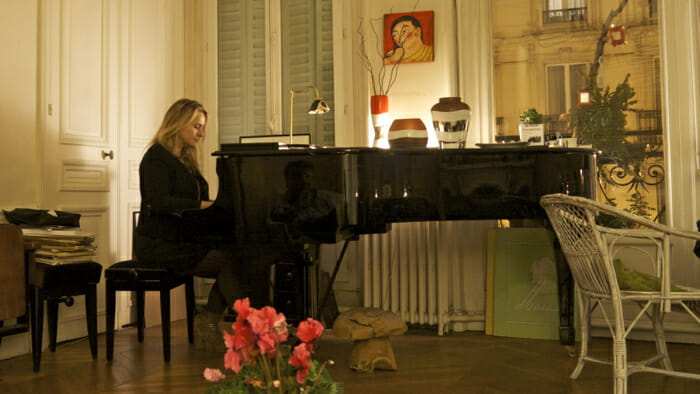 Sasha begins the evening with a concert.

Dinner and a concert with a local.

I'm sorry to say that my Paris notebook has disappeared so I have lost details like people’s names however; the more interesting aspects of the evening certainly remain clear in my memory.

As I entered Sasha’s salon, I met two young women from a magazine that covers events taking place in the community. We chatted. I answered questions. We drank wine and took photos of Sasha’s lovely apartment. And then a friend of Sasha’s arrived. Our party was now complete so Sasha sat down to the piano to play for us.

The sound of her music resonating from the baby grand piano and then through the high-ceilinged room was beautiful. Her private concert made me think of the entertainment that would have been enjoyed in Paris, perhaps in this very salon, in the second half of the 19th century – the approximate era of the apartment.

The journalists left and Sasha, her friend and I sat down for dinner. The food came in many courses and included roasted brussel sprouts, beans, smoked salmon, cheese and a mousse for dessert. The conversation flowed in waves as well, from music to history to politics.

This is a perfect sort of  evening for a solo traveler. Often more than one traveler will be in  attendance at these dinners  but, at least in Sasha’s case, when there are not she invites a friend along. The evening was an absolute delight. 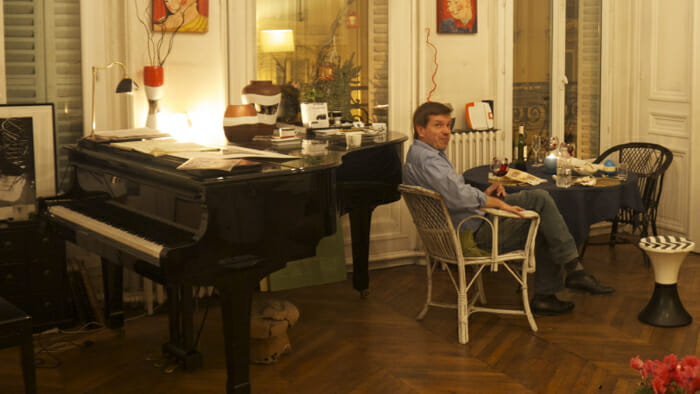 Sasha often invites a friend to join her and her guests for the evening. 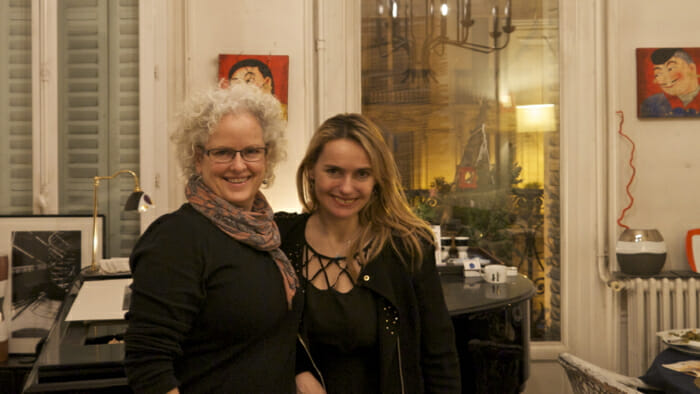 Sasha and me at the end of the evening.

My thanks to VoulezVousDiner.com for making this evening possible. Dinner with Sasha is $83. Prices of dinners range from much less expensive to more.