You are here: Home / Solo Travel Destinations / Asia / Hong Kong / Meetup.com Got Me Hiking in Hong Kong – It Was #[email protected]&ing Hard! 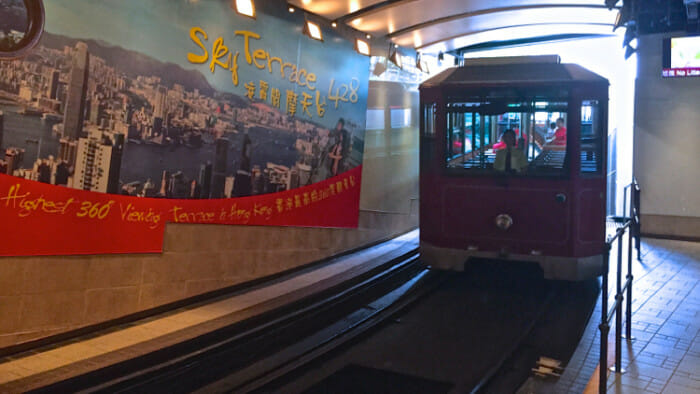 I met the group at Victoria Peak after riding The Peak Tram to the top.

The Lake District of the UK is hilly but not too difficult.

The Southwest Coast Path at the other end of England is slightly more challenging – you're constantly climbing up and down between the sea and the cliffs.

Hiking the “W” in Patagonia certainly has some difficult parts but, overall, I found it quite doable.

My point: I have hiked many places and it was never more than I could handle.

And then I went to Hong Kong. 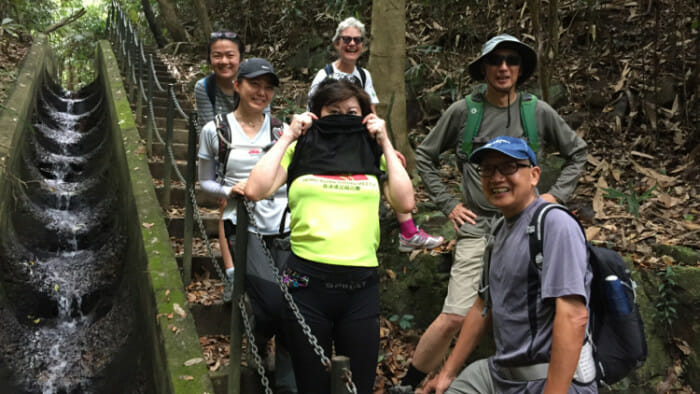 The Hong Kong Hiking Group. The woman holding up her shirt isn't hiding, she's trying to show the group's logo.

Connecting with Locals on Meetup.com

Traveling solo does not have to mean being alone – at least not all the time.

Before going to Hong Kong I went on hongkong.meetup.com to see what kind of groups were operating there. (Google meetup.com and your destination city to find a list of meetups.)

The Hong Kong Hiking Group was near the top of the list of the most popular meetup groups in the city. Since I have enjoyed hiking in a variety of countries I thought I would join. This group has a number of hikes every day of the week. To be on the safe side, I chose an “easy” hike though I really thought I could have chosen one at a higher level. After all, I walk four to seven km every day.

Ah, but that's in flat Toronto. 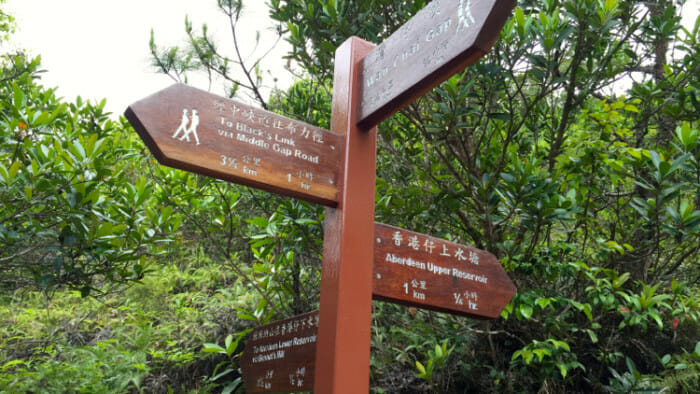 Hong Kong is situated on volcanic terra firma which means its on mountains. We started at the top of one. I took the tram up to Victoria Peak where I met the group of six hikers at Starbucks. I thought it was to be an easy hike –  it was rated a 2.6*.

We hiked 10.5 km. At the beginning it was downhill and then it was up and down with some steep spots and some not so steep. I felt the heat and humidity but all was okay. I also had the company of friendly locals and expats. We chatted and I learned lots about their experience of Hong Kong and received their recommendations of what to do in the city.

However, towards the end there was one very, very, very long haul up.

At the start it was steep but the road remained straight as it went up the mountain. Then, as the grade became steeper, it started to snake up the mountain. Then I started snaking up the snake as it was still too steep for me. And I had to take breaks. I was sweating buckets and my glasses were covered in salt from my body. It was crazy.

After what had to be 3/4 of a km I made it to the top. The rest of the group must have waited 10 minutes for me but they were very kind and encouraging. They said “all downhill from here.” It wasn't of course. But we were back to reasonable ups and downs and finally a long run down. My legs at this point were very tired. Thank goodness the rest of the route was paved so there was no issue with my footing. At the bottom I took the bus back to central and then, sigh, walked uphill to my hotel for a shower.

My big question: was the hike really as difficult as it seemed or was it my circumstances?

I don't want to put anyone off hiking in Hong Kong but I do want to share my reality and that's what it was. And I should mention, *had I studied the rating system better I would have known that 2.6 is moderate, not easy. Now that I know it was above “easy” I'm a little relieved that my fitness level is not as bad as I thought.

Ultimately, in the densely urban city of Hong Kong I was out enjoying nature with locals.

And another great travel memory.

This trip was sponsored by Cathay Pacific. I flew with them to Hong Kong enjoying their Premium Economy class experience with larger seats, more room between seats, more leg room and 8 inches of recline which, believe me, made for a better sleep on the direct 14-hour flight between Toronto and Hong Kong. After Hong Kong I flew to Yangon via Dragonair, their Asian specialty carrier. 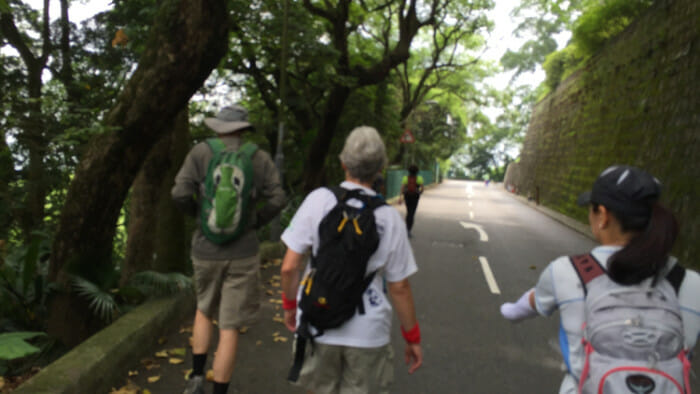 Starting off on the road. As you can see from the quality of the photo it was very humid. 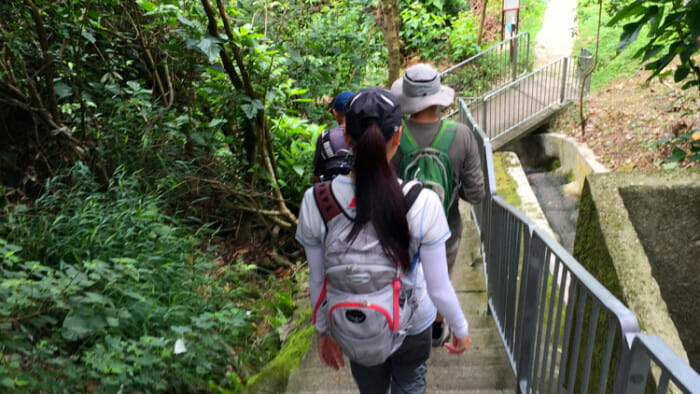 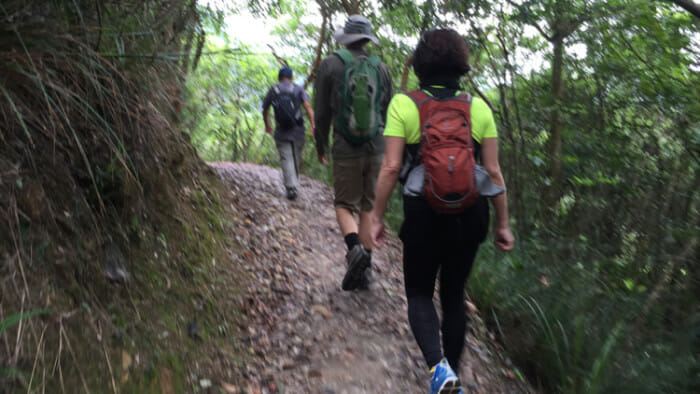 More of the trail. 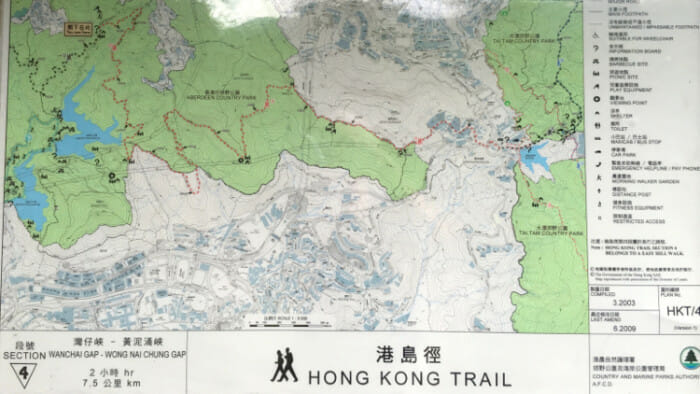 50 km of walking paths in the Hong Kong Trail system