You are here: Home / Solo Travel Destinations / When Your Holiday Hits the Rocks – Or, the Crash of the Navimag 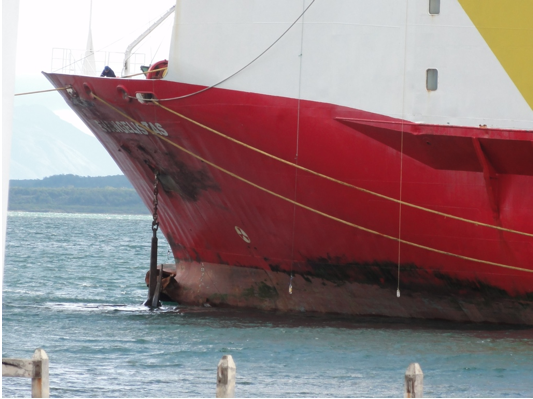 The bow of the ship hit the island first.

I stuffed my passport inside my clothes and thought, if worse comes to worst, when they find my body they'll know who it is.

Really. That's what I thought as I quickly put on my warmest clothes and rain gear, grabbed my life jacket from under the mattress and hurried to the top deck of the ferry. And I wasn't alone. The next day I talked to a number of people who had similar thoughts.

The Navimag Ferry Hits a ?

It was 3:00 am on January 31st, 2011, the last night of our Navimag sailing between Puerto Montt and Puerto Natales. The “last night” party had more or less wrapped up and most of us were in our bunks. Something had woken me about 10 minutes earlier and I was just lying there, waiting for more sleep, when the ship hit for the first time. It was a massive jolt as the huge vessel traveling at 10+ knots hit something. It hit hard! The something was immovable! The shock was so strong that it felt like it was right beside me. Then a series of shuddering type hits and another large one. 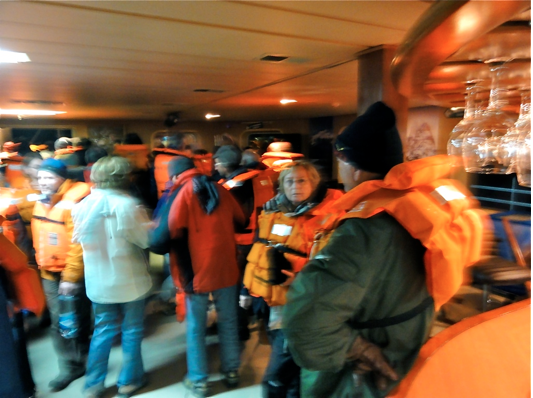 It all happened very quickly and I was already out of bed and in a semi-panic asking “what's happening?” before the last hit. Maude-Ann, the nurse in the other lower bunk put on her calm, nurse's demeanor and assured me that everything was alright. Then the voice came over the loud speaker advising us to stay in our cabins as they checked the ship.

But less than a minute later the voice came on again. This time we were told to put on our life jackets and go to the meeting place on the top deck. There were meeting places on every level – why would they send all 200 of us to the top which was the smallest?

In our tiny cabin the four of us scrambled into bad weather gear while I translated the announcement for our French cabin-mate.

There was confusion. We had no idea what had happened. We hit something. What had we hit? Were we going to be in life rafts in the middle of the ocean in the middle of the night? But there was also focus. What did we need? My day pack had everything. But my passport was most important and I stuffed that into my clothing. 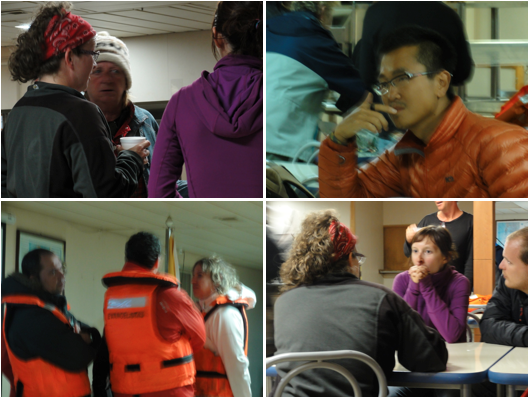 People just couldn't go to bed after such an event. People were concerned and had to process what happened.

A Collective Sigh of Relief

Despite the gravity of the situation, people acted calmly and efficiently. The crew did their job well. It wasn't long after we were on the top deck that we learned that we would not be evacuated and we could go back to bed.

Yes, there was relief. But bed? How could we sleep with the adrenalin that was rushing through our bodies. Most of us went to the cafeteria and deconstructed the incident. We were totally confused. What about the safety equipment? Who was responsible? What did we hit? People talked of iceburgs, rocks, and then… 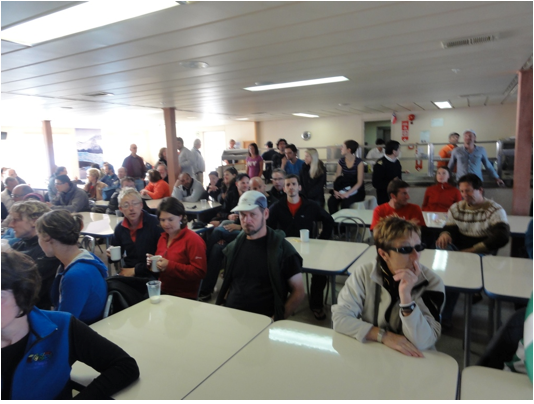 People waiting for answers at the briefing the morning after the crash.

The first person I heard it from was a truck driver who had been sleeping in his truck and was thrown out of bed by the crash. We had hit an island. I confess that I didn't really believe him. An island? How can a boat that has taken this course hundreds of times hit an island?

Yet, the next morning after a restless night of listening and analyzing  every sound the ship made, we learned that it was indeed an island.

And, because it was an island, there was a big divide in the passengers. There were those who had not been scared by the episode and those of us who had been terrified. Those on the island side of the ship new that we were a few meters from land. The rest of us could see nothing but ocean. 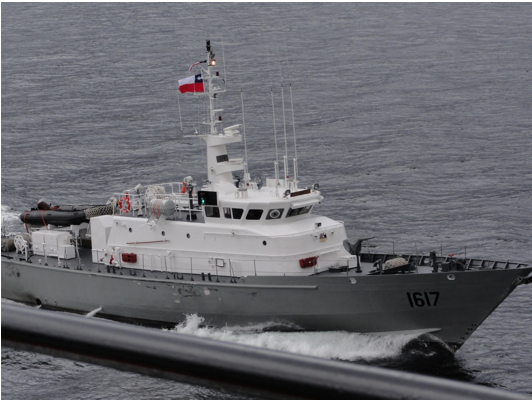 The Chilean Maritime Authority arrived to assess the situation.

The next morning we received a brief statement from the ship's Captain followed by a more in-depth briefing. Yes, the ship had hit an island. It had lost the use of an engine and would be continuing on with just the one at a rate of about 7 knots. The marine authorities would be arriving to assess the situation that day.

People had all sorts of questions but most understood that an explanation as to what happened could not be given until an investigation had been completed. The focus of the discussion was on logistics. What about hotel/hostel reservations? Could we stay the night on the boat? Would there be meals?

In the end we arrived in Peurto Natales about 14 hours late. Because it was midnight, we disembarked 22 hours late. But, as was said in the briefing: “the good news is that we are not on lifeboats”.

The trip on the Navimag was spectacular and perfect for solo travelers.

Because we couldn't get the full story in the briefing, bits and pieces of fact and fiction were shared over the course of the next couple of days. Yes, the next couple of days for, as we hiked Torres del Paine, we met many ship mates along the way. I include these rumor/truths for those who were on the ship. I stress that none of this is confirmed but I have only included points from people who I consider to be reliable:

There were a number of things I found interesting about the incident:

Despite everything, I would highly recommend the Navimag experience for solo travelers.