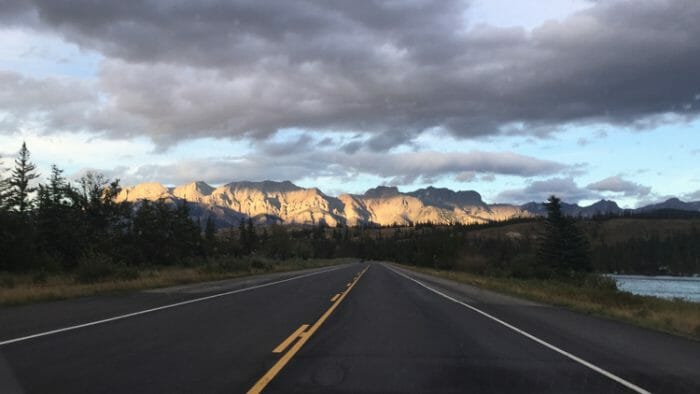 Drive North of Jasper to Hinton, Alberta where I spent the night before traveling the Icefields Parkway. Here are the highlights from that trip: Western Canada Itinerary: Top Things to See and Do.

The drive between Jasper and Banff, Alberta along the Icefields Parkway (with one detour I recommend) is one of North America's great drives.

Paralleling the Continental Divide in the Canadian Rockies, it offers charging rivers, turquoise lakes, soaring mountains, and, of course, the famous Athabasca Glacier.

It can be a busy highway, especially in the summer, however, when I was there in August it was better than I expected. As you can see in the photos below there were no traffic jams. The only place that was congested was the Athabasca Falls and the Athabasca Glacier Visitor Center.

Always looking for ways off the beaten path, I deviated from the Parkway to 93A, the old highway, when possible. From north to south you'll pass the Marmot Basin Ski Area, a trailhead to Tonquin Valley, the Wabasso Campground, and, my favorite, the junction of the Athabasca and Whirlpool rivers, known as the “Meeting of the Waters.” There's a picnic table there, but only one. If it's in use there is also a picnic area at Leach Lake about a kilometer further along the road. Highway 93A meets Highway 93, the Icefields Parkway, at the Athabasca Falls.

Basic History of the Icefields Parkway

For the history buffs, the Parkway was preceded by the Glacier Trail which opened in 1885 after the Canadian Pacific Railway was completed, bringing tourists to Banff. A single track road along the trail was commissioned by the Federal government in 1931 as part of a relief project of the Great Depression. In 1961 the paved highway was completed.

The Icefields Parkway in Photos

You need a National Parks pass to drive the Parkway.

Grab your pass and let's start from the north. 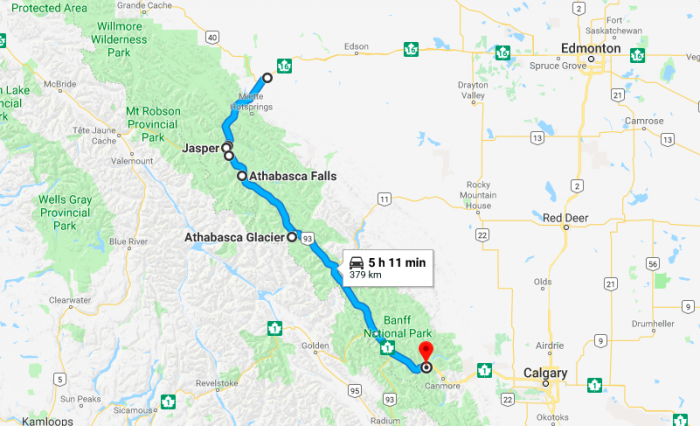 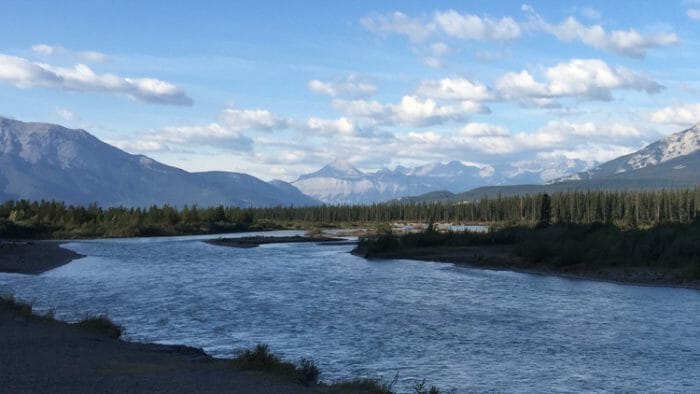 Driving South from Hinton, Alberta in the early morning 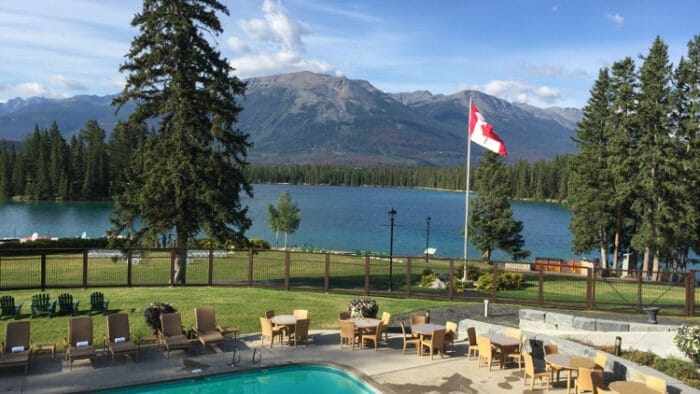 I stopped into the Fairmont Jasper Park Lodge, a classic railway hotel built in the early 1920s. It began in 1915 as a simple tent city. 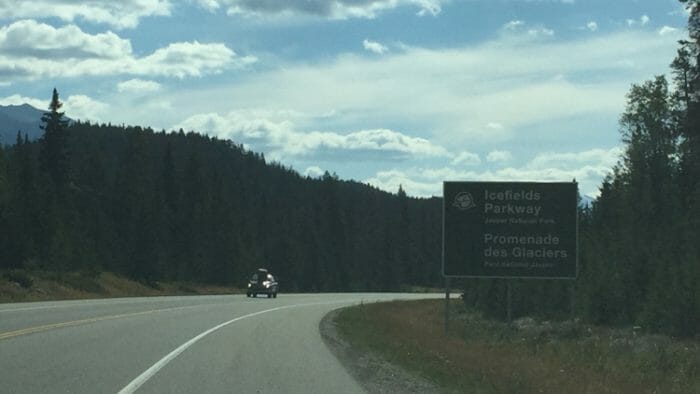 Detouring Onto the Old Highway

Not far past Jasper you turn off for the old highway known as Alberta 93A. 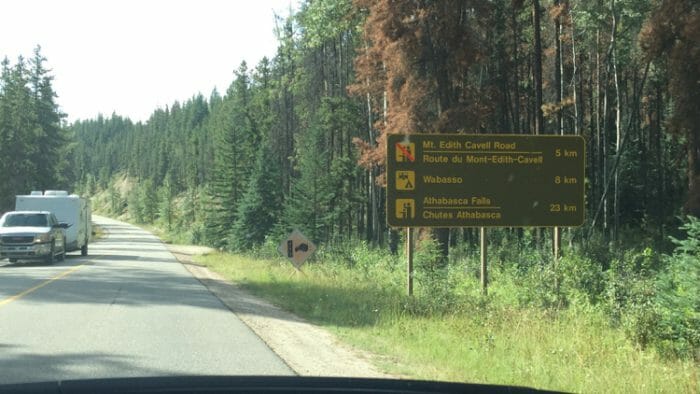 Veering off the main highway to take the old highway 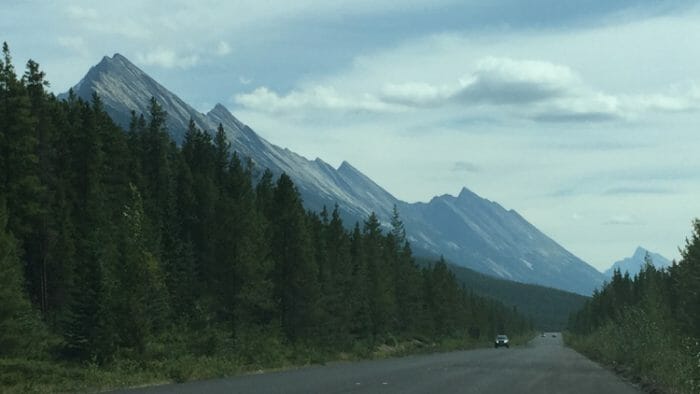 It is certainly far less busy than the Icefields Parkway. 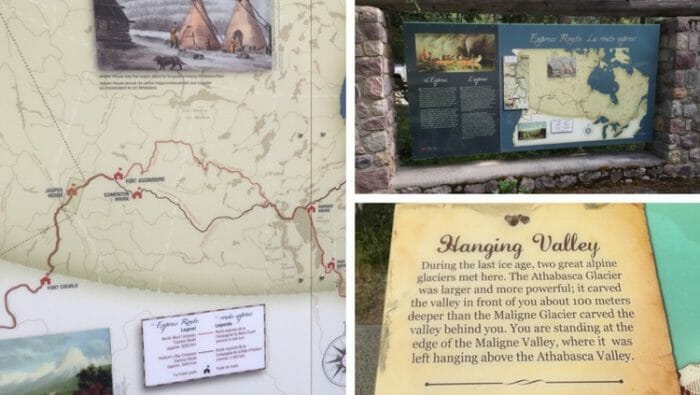 The junction of the Athabasca and Whirlpool rivers, known as the “Meeting of the Waters.” An information board describing the history is there. 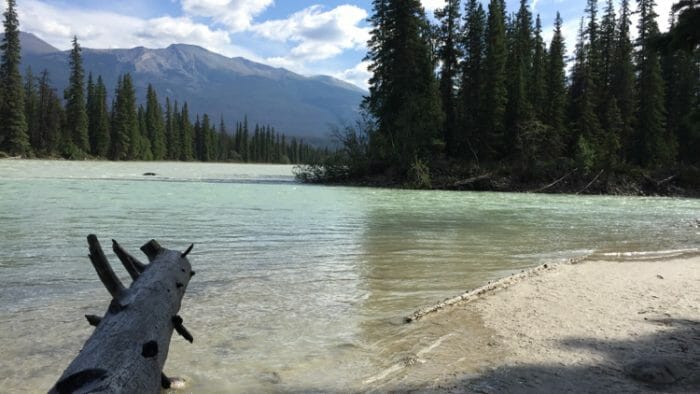 You can see the “Meeting of the Waters” here. The Whirlpool is on the left. Joined, the rivers flow to the Arctic Ocean. 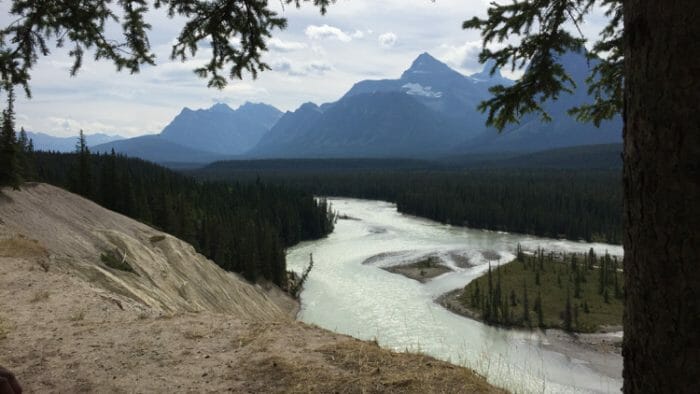 View of the same rivers from above

Back Onto the Icefields Parkway 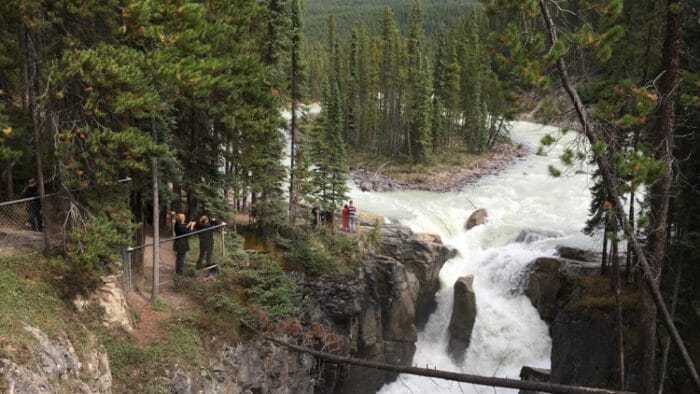 Athabasca Falls is a turnoff from the Icefields Parkway and where 93A and 93 meet. 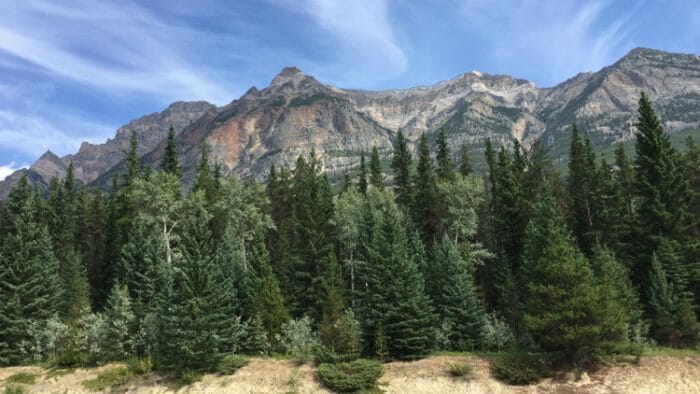 Leaving the old highway and entering the new Icefields Parkway 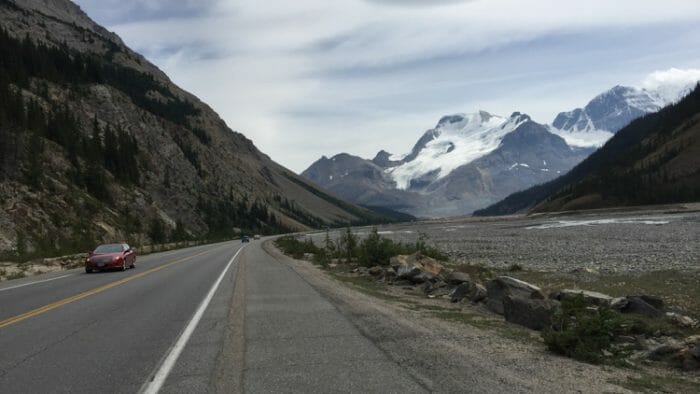 First view of Columbia Icefields, of which the Athabasca Glacier is a part 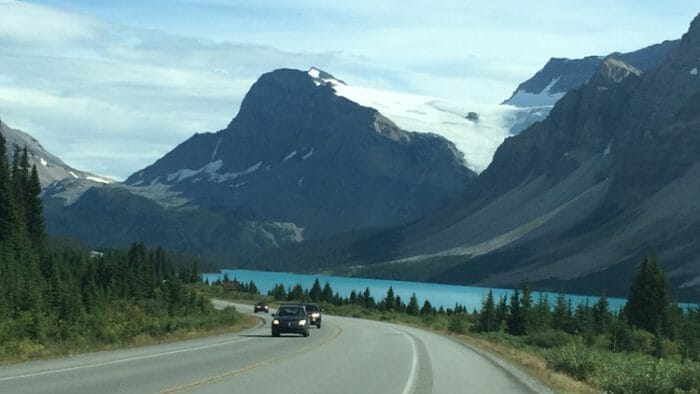 The aquamarine of the lakes is created by the movement of a glacier against the rocks underneath, known as rock flour. Rock flour is light and stays suspended in the lake water. The reflection of  sunlight off the rock flour is what makes the lake a beautiful turquoise color. 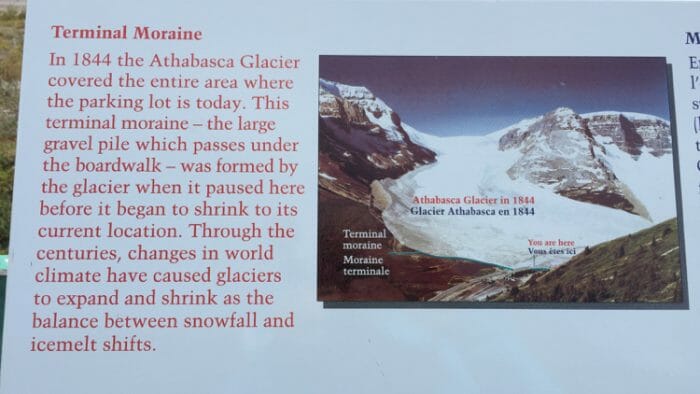 In 1844 the Athabasca Glacier would have come to the visitor center. In the photo below you can see just how much the glacier has shrunk. 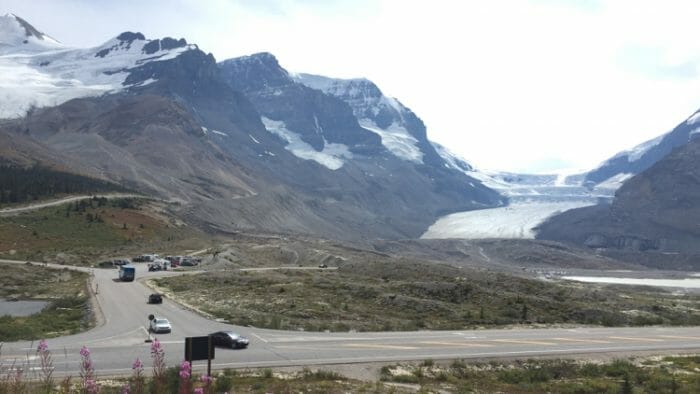 View of Athabasca Glacier from the visitor center. All of the land from my lens to the glacier would have been ice-covered 150 years ago. 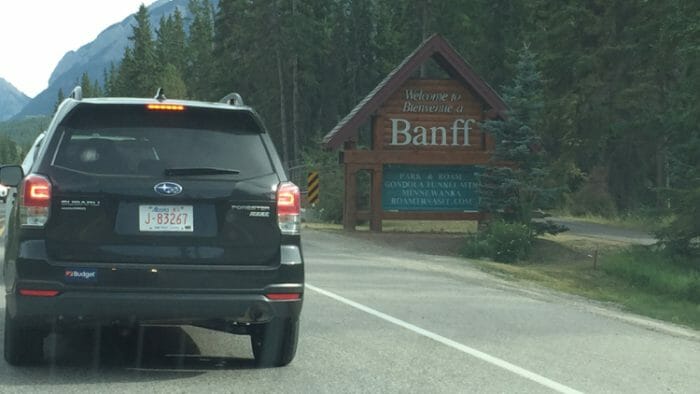 My trip along the Icefields Parkway ended in Banff. Read Too Many Tourists in Banff? Here’s What to Do.