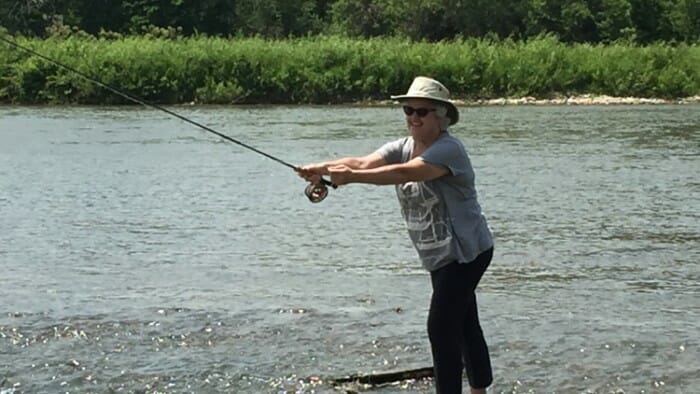 The rhythm and grace of fly fishing have long attracted me.

Watching a solo fisher hip deep in a stream or river cast their line so that it dances overhead before reaching forward and dropping it into the precise spot, upstream or down, is such a pleasure.

It looks so relaxing and yet challenging.

After many years of holding this romantic view of fly fishing in my head, last week I finally had the opportunity to learn how to fly fish on the Grand River in Haldimand County, Ontario.

I discovered that fly fishing requires technical skill with the rod and line as well focused attention to read the water and fish. And yet my expectations of fly fishing were met. It's relaxing to be out in the river, away from others, in nature. It’s also relaxing to be so engaged that the brain can think of nothing else.

To me, that's therapy. River therapy. 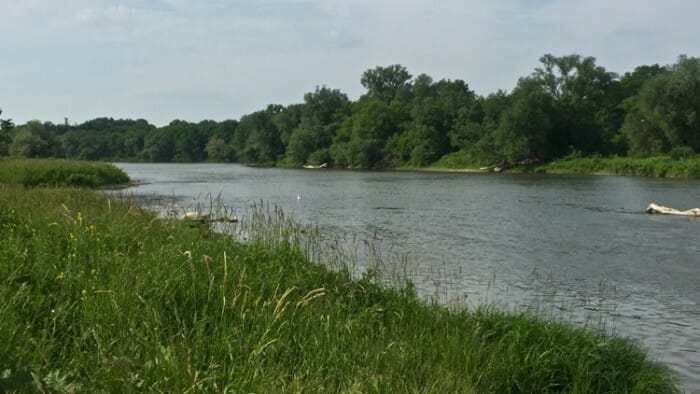 This is the Grand River, the longest river that runs completely in Ontario. The land you can see across the river is an island. We fished in the waters close to the shore of the island.

Learning to Fly Fish on the Grand River 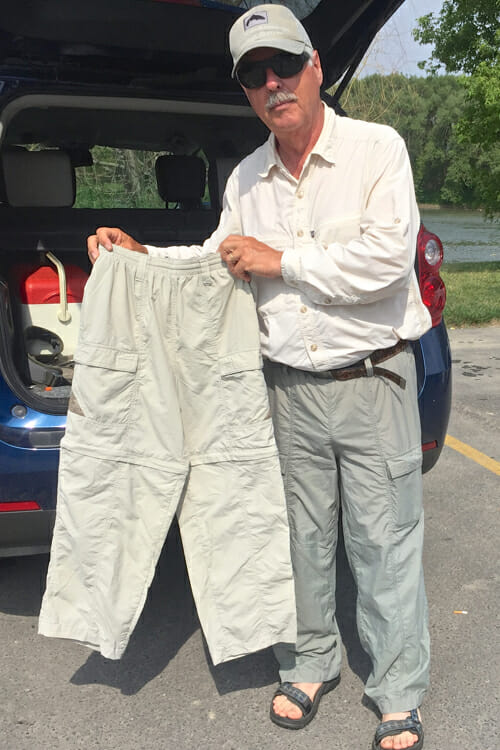 Peter had his recommended gear including these Columbia quick-dry pants. Full length pants are recommended to protect you from leeches.

My instructor for the day was Peter Charles of Hooked4Life Fly Fishing. We met at York, a tiny town on the Grand where the river is shallow enough to walk across. After I geared up, with his water shoes and socks, we practiced casting without a hook in an open area near the water's edge. Then we headed into the river.

Crossing the river on foot was an interesting experience. The deeper the water is, the more power it has. In certain circumstances you'd want a staff of some sort for stabilization but at this point in the Grand River it isn't necessary.

Once on the other side we found a spot about 15 feet from the shoreline where Peter's experience told him there would be carp. Yes, carp. Bass season was still a few days away so we were fishing for carp – not the most tempting fish but catching them providesa lot of excitement.

At this point Peter reviewed how to cast and pointed out where I should aim my line. Peter could see where the fish were based on the mud plumes they were creating as they moved along the bottom. On occasion I could see what he saw but Peter's trained eye certainly saw far more than I did.

My casting was not perfect by any means but I did get a few good ones to places reasonably near the target. On almost every cast Peter had a word of advice. Here are some of Peter’s tips for fly fishing and casting in partcular:

Yes, repeat. This is one of the things that I really liked about fly fishing. It's an active sport. (See Peter's video on swinging a fly in a small creek below.) 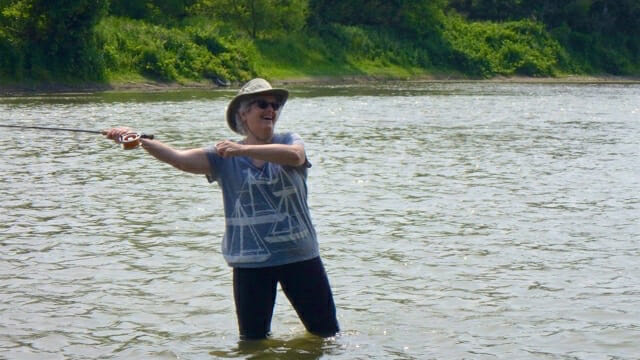 It seems I'm not the only woman intrigued by fly fishing. Peter told me that women are joining the sport more quickly than men. I can see why as it's somewhat like solo travel. It can be quiet, contemplative and relaxing and then, suddenly exciting. In fly fishing most of the time is spent casting but once a hook is set you're in for a lot of excitement.

On the day I was out I didn't manage to set a hook on any of my casts however Peter cast a number of times then handed the rod to me. On one of those casts we got a carp on the hook, which I then lost fairly quickly. But it was a lot of fun while it lasted. 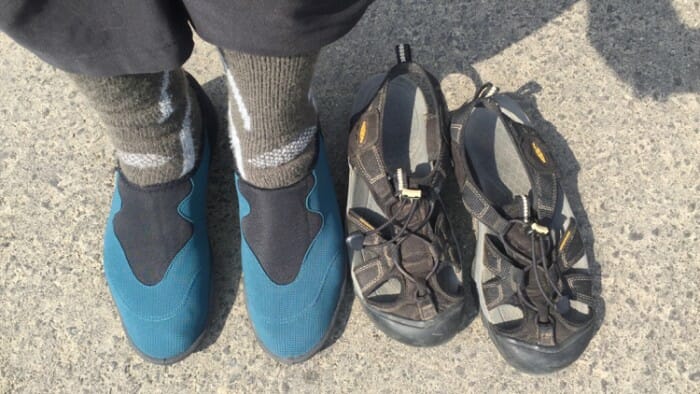 I arrived in my Keens hiking sandals thinking they'd be a good idea but Peter said that the sole was too stiff. He recommends water shoes as they provide better stability on rocks. He also suggested that I add the heavy socks to protect from my legs from rocks and leeches.

I wrote most of this post sitting on the fabulous porch of Lalor Estate Inn, Dunnville where I spent the night. After perfect weather for a day on the water, the evening served up more dramatic weather. Under the protection of the front veranda I watched a fantastic thunder storm pass through the area.

A perfect end to a perfect day.

I was on this trip thanks to the tourism people at Tourism Haldimand County and Ontario’s Southwest. Naturally, Solo Traveler has full editorial control and all opinions are my own. 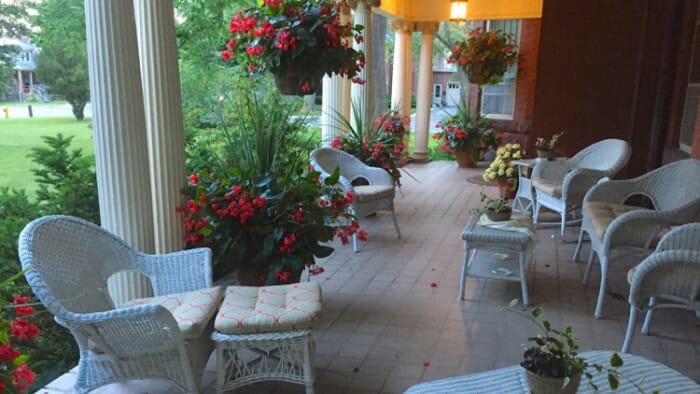 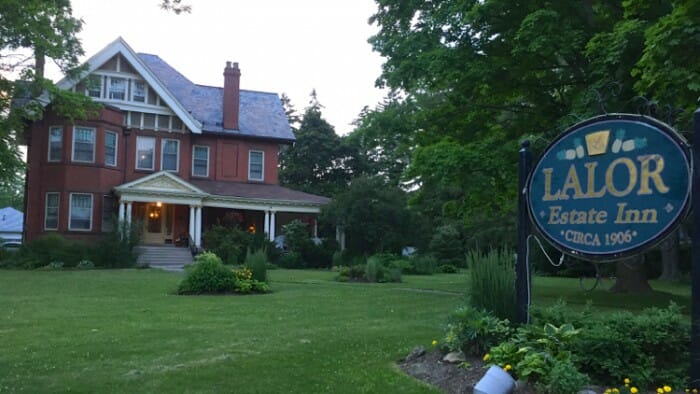 The rooms of the Lalor Estate Inn are beautiful as are the grounds.