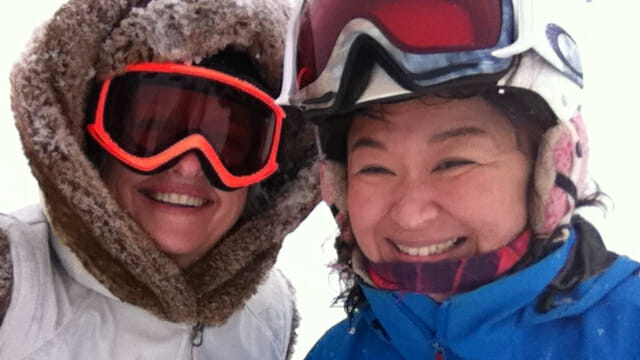 I've not the sporty type.

I watched my mom break both her legs at the same time while skiing when I was 10 years old.

I am the slowest skier in history.

So when I went to Whistler Blackcomb with the support of American Express and they wanted me to take one of their Max4 Group Ski Lessons, I had some trepidation. I naturally said yes but it wasn't without a little anxiety.

You see, I knew how to get down a mountain and I didn't want anyone messing with what I knew. I love skiing but in my very own way. I was nervous about being pushed to go too fast. I was quite content being the slowest skier ever. 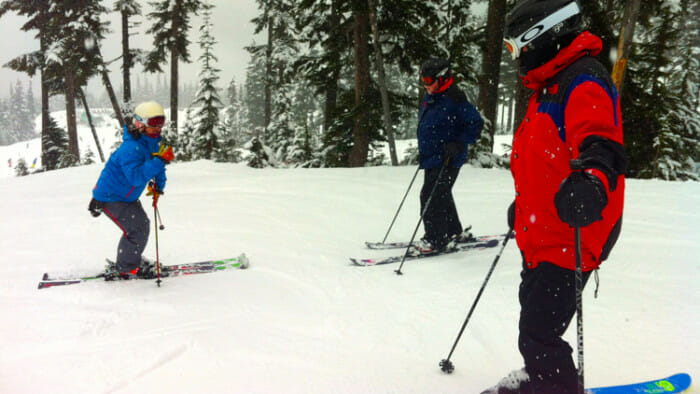 Junko demonstrating how she wanted our bodies positioned over our skis.

Skiing was a weekly, family activity when I was growing up but I never learned how to ski properly. I was thrown on skis at the age of seven and never given a lesson. My brothers were supposed to teach me but, of course, after we were out of my Dad's sight they were out of mine. They took off and who can blame them. They wanted to be skiing the black diamond runs with their friends.

So from snow plough to stem christie (an ancient term) to parallel skiing, I slowly taught myself how to ski. Then I went to Whistler Blackcomb and I was quite certain that I done it wrong and I would have to learn it all again.

But the process was nothing like I expected. I arrived at the top of the Gondola where everyone meets for their Max4 Ski Lessons and, after a friendly hello I was asked: “are you aggressive or cautious?” Oh yeah. This was the right question for me. “Definitely cautious,” I responded to the amusement of one of the other students waiting for the class.

What a relief! The school was ready for all kinds of students – even ones like me.

Before dividing the 15 or so skiers into groups of four, everyone took a partial run with the instructors. They watched us go down the hill and at the bottom divided everyone into their groups of four. I was in a group of three, myself and a couple in their 7o's. I have no pride. This was just fine by me.

Our instructor was Junko. She is the sweetest teacher ever. She was just lovely and encouraging and positive. And you know what, I learned how to ski properly. 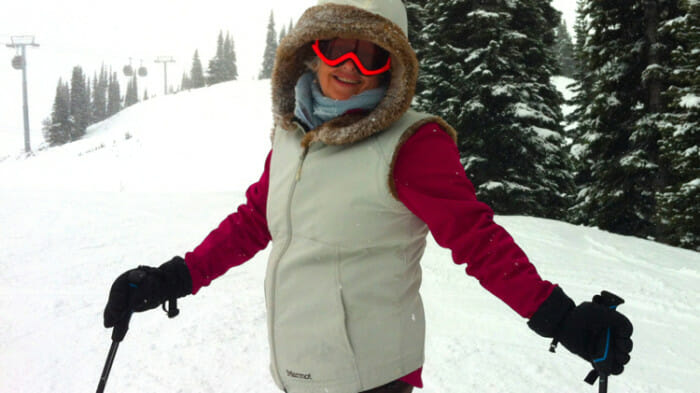 Junko took this photo of me.

I had been standing up too straight. I had been using the wrong edge to cut into the mountain. I hadn't been shifting my weight nor leaning my body into the mountain properly. Basically, I had been skiing down the hill, going forward, but doing almost everything backward. Junko fixed all sorts of things I had been doing wrong and, despite my skepticism every time she changed something, I learned that she was absolutely right.

But I think the most important thing I learned in the Max4 Ski Lesson was to be open to the notion of relearning. While I value the concept of lifelong learning there appears to be some places where I am stuck and resistant to new ways of doing things.

That has to change. That's going to change. All I need to do is think about how differently, how confidently I now ski. 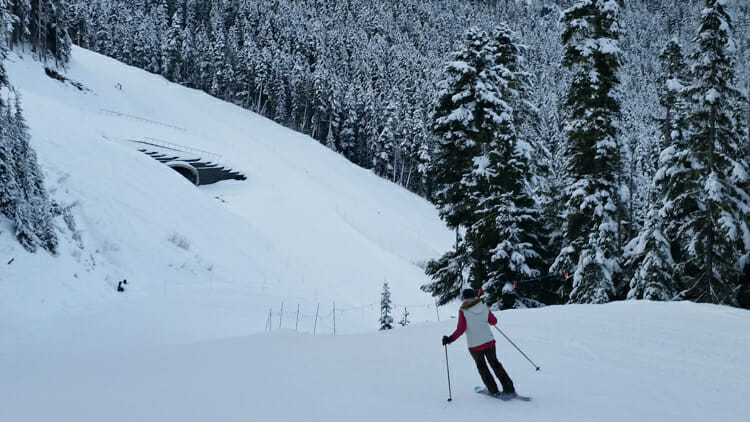 Here I’m practicing my new technique on a fairly gentle slope. Photo credit to Jody from Shrewsbury whom I met going up on the Emerald Chair.

When I was at Whistler Blackcomb I could count the number of Canadians I met on one hand. Yes, there were just five. It seems as if the whole world goes to Whistler Blackcomb to ski and their ski school is ready for just about anyone. They have instructors that can teach you to ski in over a dozen different languages

This trip was sponsored by Amex Canada and Whistler Blackcomb but I can assure you that the opinions and enthusiasm are all my own.