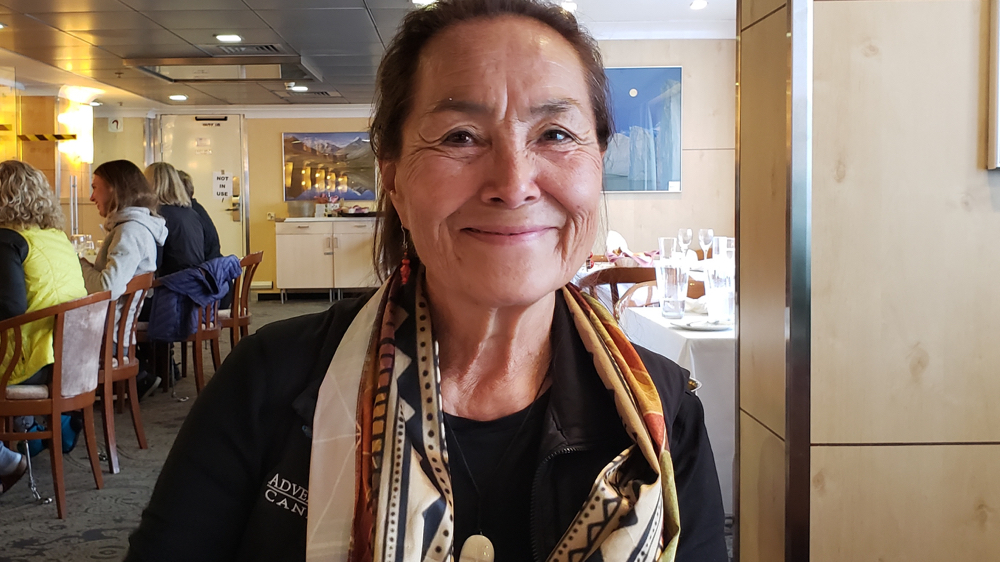 Martha Flaherty currently lives in Ottawa and works as an interpreter, translator, culturalist, and advocate for Inuit women. Her life was complicated and difficult as her family was moved by the Canadian government to Grise Fiord, Nunavut in the 1950s as part of the attempt to claim sovereignty over the north. You can read more about her story and the documentary film about her life, “Martha of the North,” here.

From geology to archeology, from glaciology to botany, there were many experts on the Adventure Canada trip to the high arctic.

Below, you will find images that relate to the more science-based landings and learning on this trip. But I want to start by writing about the Inuit and their culture.

As a tourist, I was part of the 5th invasion of the Arctic, as Cedar, Adventure Canada's CEO, put it. First there were the explorers looking for the Northwest passage, then came the whalers, the missionaries, the bureaucrats, and now the tourists.

It is the hope of Adventure Canada, and myself, for that matter, that traveling there is worth the impact on the Arctic as tourists gain and share an understanding of the north and its people. 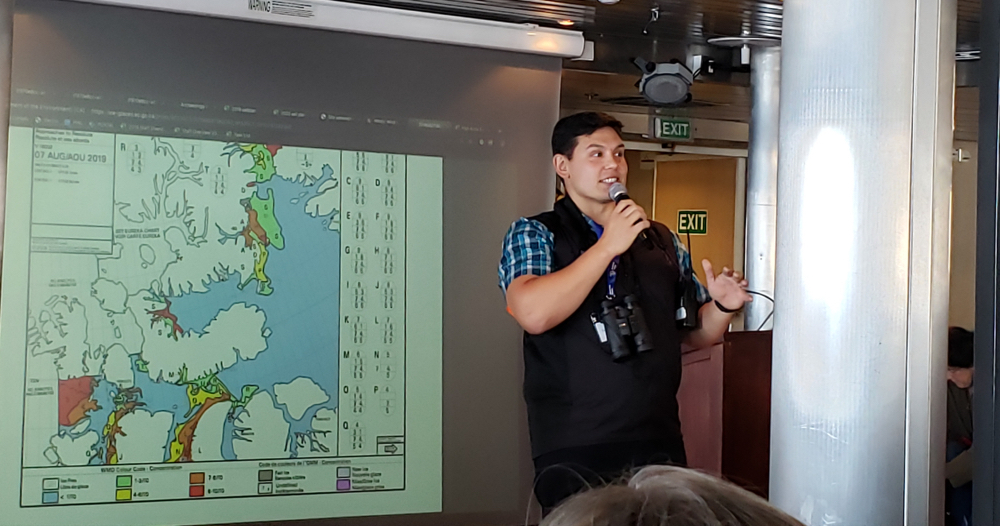 Our expedition leader, Jason, is Inuk from Labrador. He grew up in the communities of Nain and Makkovik, Nunatsiavut, just twenty yards from the Atlantic Ocean. He spent his childhood traveling the Labrador coast with his father, hunting, fishing, and assisting on tours and boat charters. Jason woke us each morning with an announcement over the loud speaker and his trademark, “good morning … good morning.” And, when giving us our briefing for the day's landing, it always concluded with, “and remember, not everyone can fit into the last zodiac.” A dry sense of humor, to be sure.

We had many points of access to Inuit culture on this trip. Our expedition leader, Jason, was Inuk. There were several on the expedition team who have lived for long periods of time in Nunavut and there were three Inuit culturalists on board of three different generations. They shared their knowledge of the political, cultural, economic, historical, and social circumstances of Nunavut freely. They were warm, happy, and proud of their society as well as concerned about the challenges to be faced.

As Heidi explained, the media often cover the challenges of Nunavut rather than its many successes. They don't speak about the joyful nature of the people, the richness of their culture, and the fortitude with which they take on the impact of past invaders. I hope the words and images below contribute to a more rounded view of Inuit life. 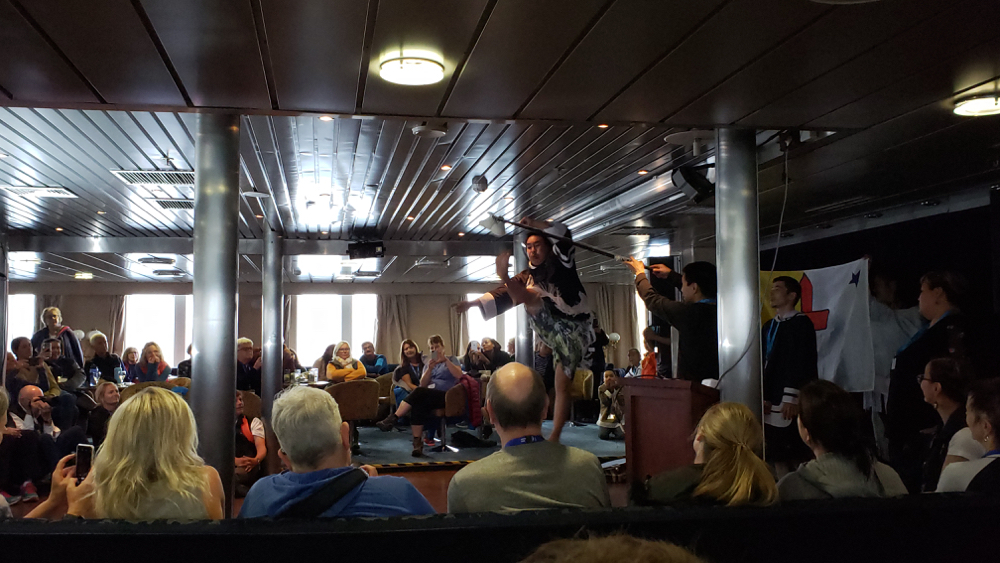 On our first evening in Resolute, locals came on board to give us a demonstration of their sports and games. The skill required for the High Kick, which has a standing start, is incredible. It was explained that the sports all relate to building strength, endurance, and agility for the requirements of life in the Arctic. 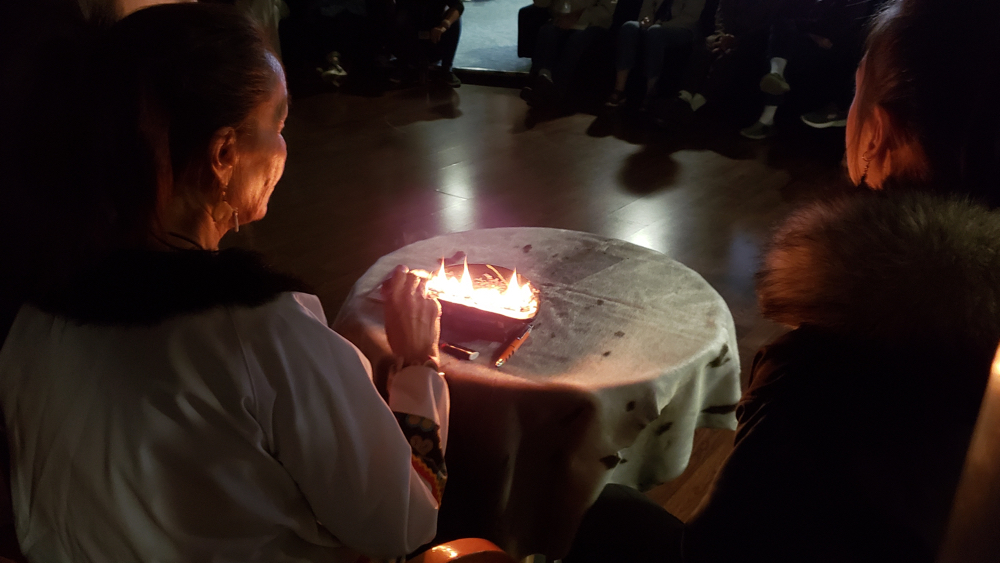 The lighting of the Qulliq, an Inuit lamp that provides light and warmth, is an important ritual for the Inuit women. The half moon shaped vessel holds oil that feeds the wick which are made of suputi or arctic cotton.

On our first evening, we were visited by people from Resolute who demonstrated sports and games enjoyed in their community. On the second night, there was a formal welcome that included Inuit customs. We visited Pond Inlet and were welcomed with a cultural demonstration and soccer game. Among the many presentations by the experts on board were sessions by Inuit culturalists. 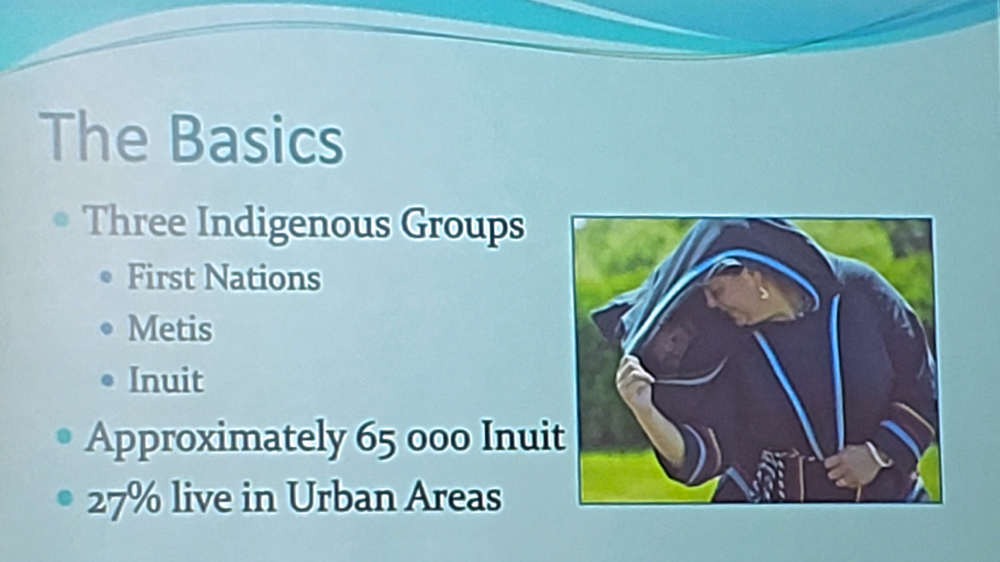 Heidi Langille gave us a presentation on the nature of Inuit life and society. She is pictured here with her child in the amaut, the built-in baby pouch just below the hood of her amauti (parka). 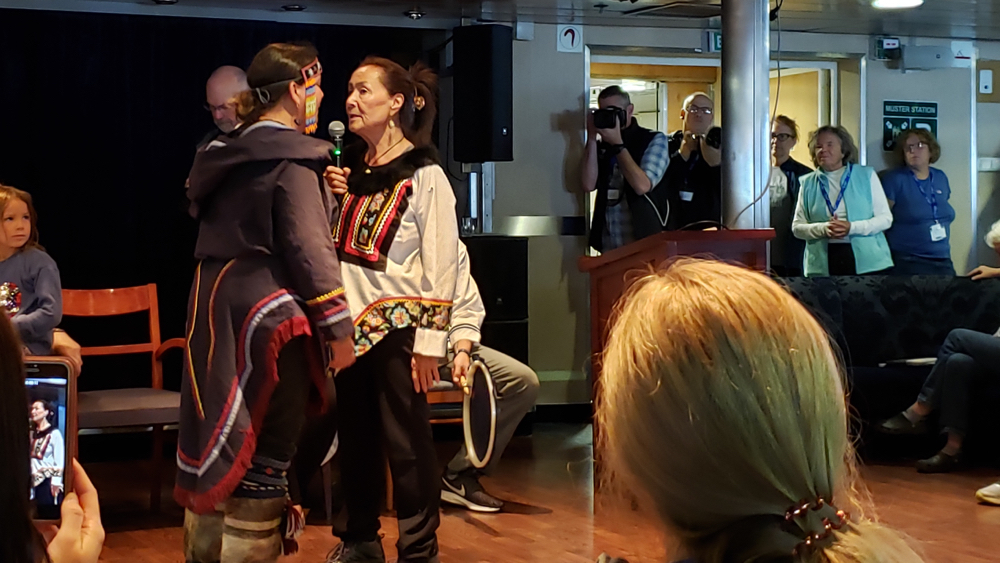 Heidi and Martha demonstrate throat singing, a delightful activity enjoyed by the women. It's a contest to see who can throat sing the longest which inevitably ends in laughter. 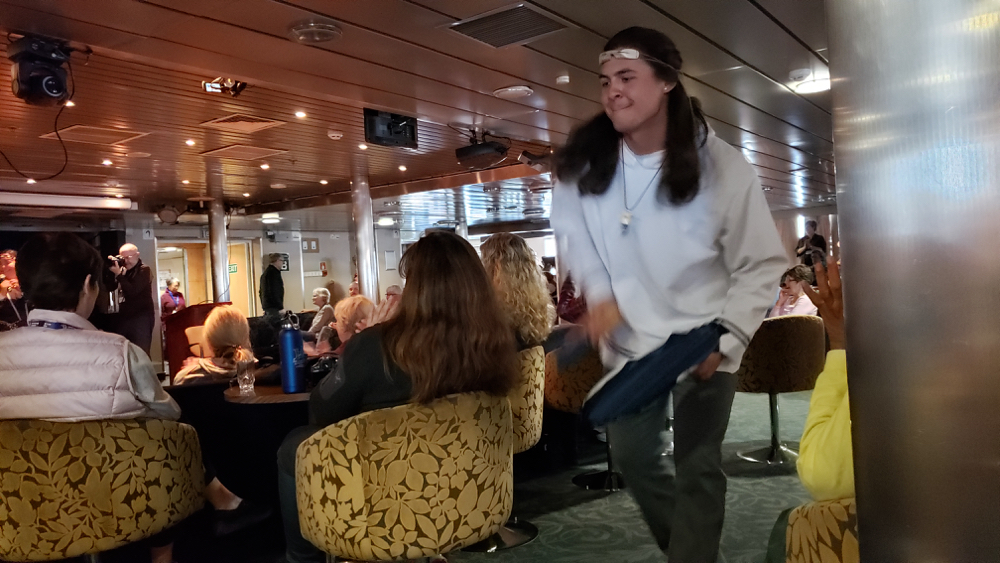 Robert Comeau played the drum and demonstrated other cultural practices but he also spoke about Inuit governance. During the school year he attends the College of Law at the University of Saskatchewan.

Here's what I gathered from my 12-day trip that other tourists should know. When traveling to the north, please 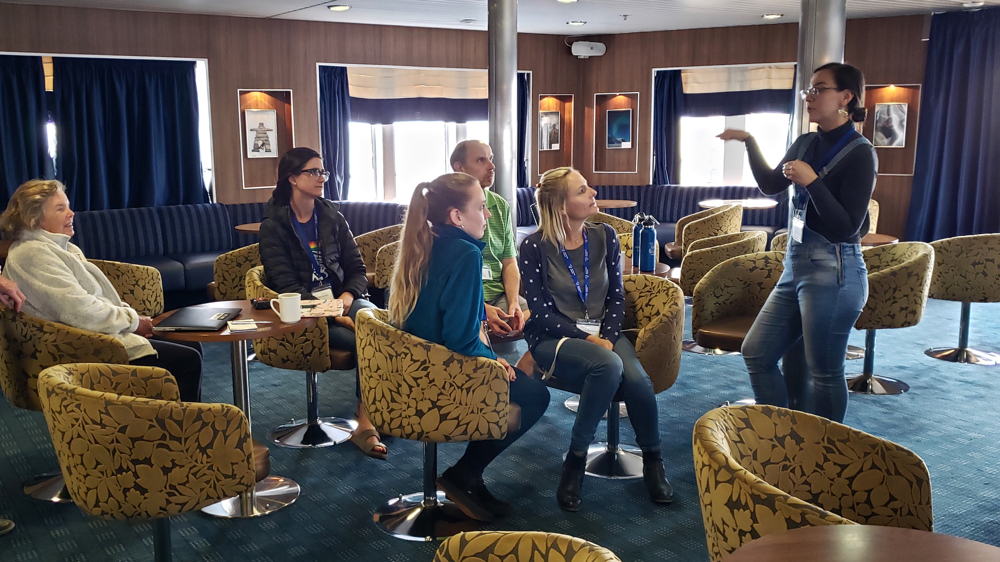 Ashley Savard, an Inuk artist of fine jewelry, along with Dawn Bazely, a botanist and Inuit jewelry enthusiast, held an informal focus group about the making of Inuit jewelry and the challenges of pricing and selling it.

Landings for Learning in the Arctic

With only one exception, we were off the ship every day of the trip. Sometimes it was a challenge to find an appropriate landing place but it was almost always successful. On shore, the experts came along and positioned themselves in appropriate places on our hiking route to help us understand the natural environment. The following experts were on the trip:

Now, here is just a smattering of images from nature in the north. 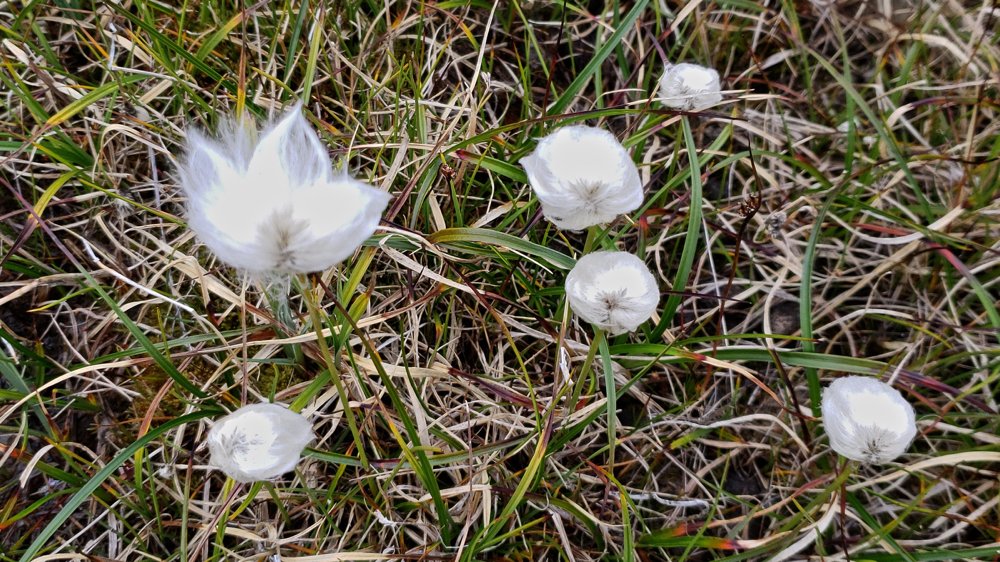 Arctic cotton used for wicks in the lamps shown above. 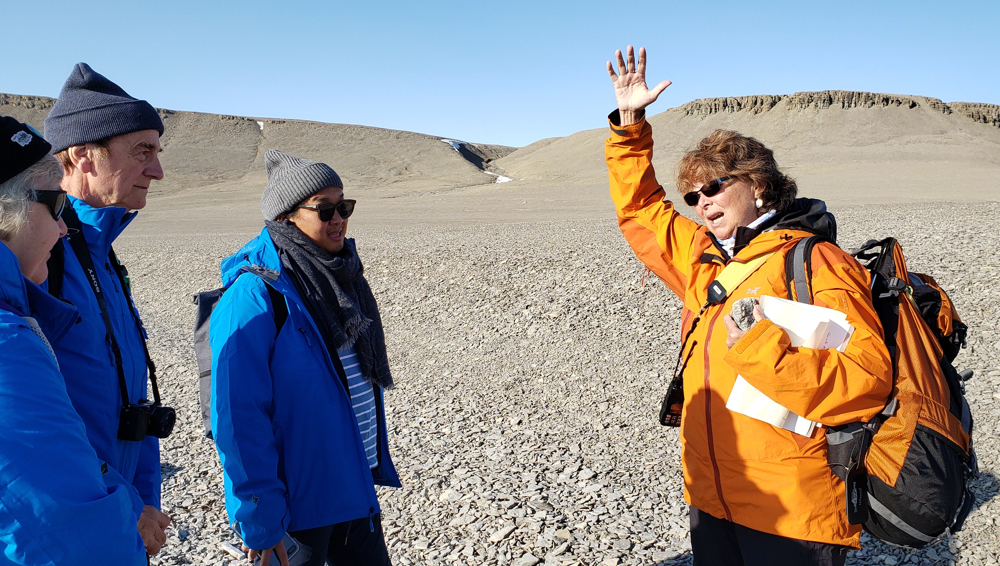 Arctic desert on Beechey Island with the occasional microclimate that supports plant life. 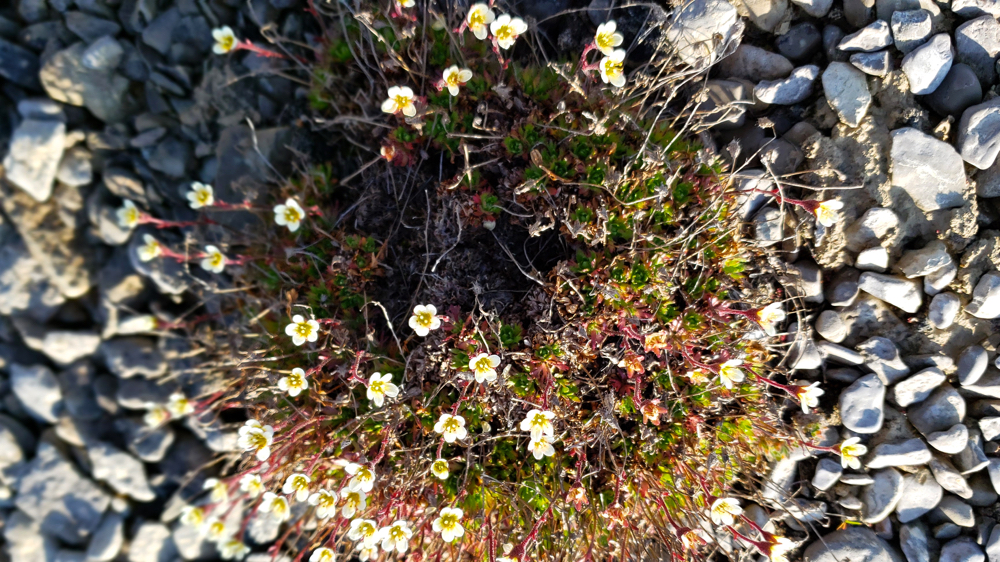 A plant in the Arctic desert. 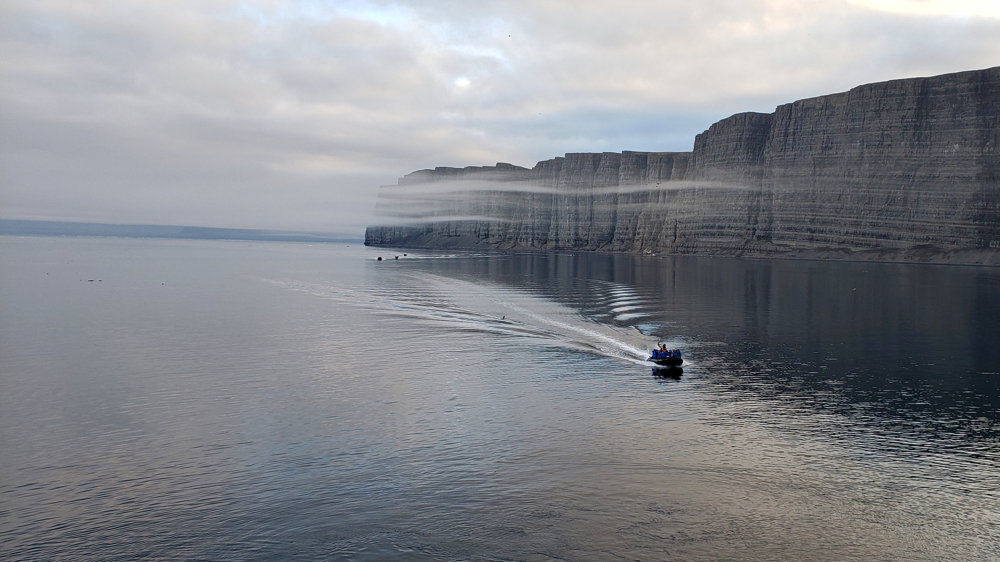 Returning from a zodiac cruise to the Prince Leopold Island Migratory Bird Sanctuary. 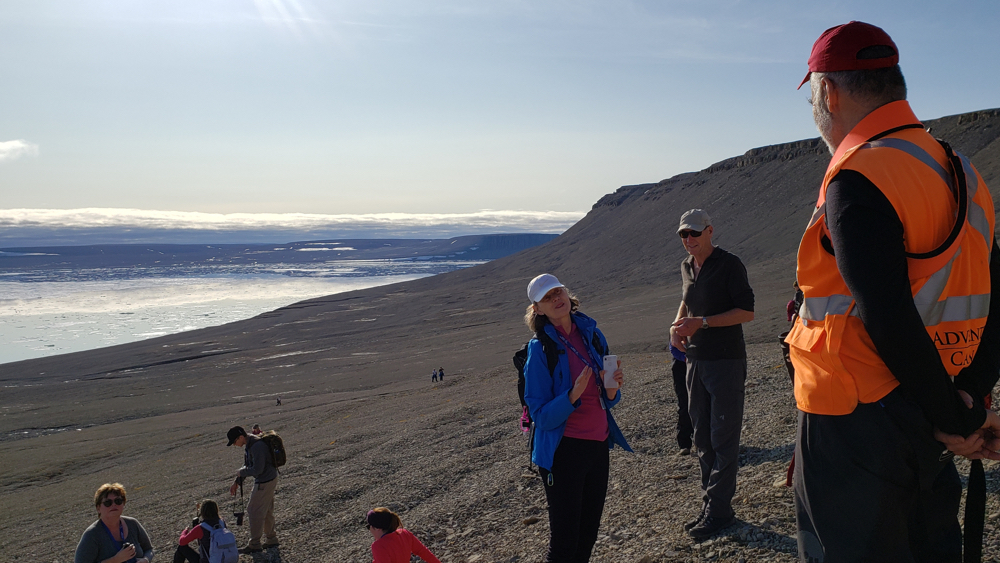 John Houston is here acting as an interpreter, storyteller, and bear monitor. He is a documentary filmmaker who specializes in the North and an expert in Inuit art. 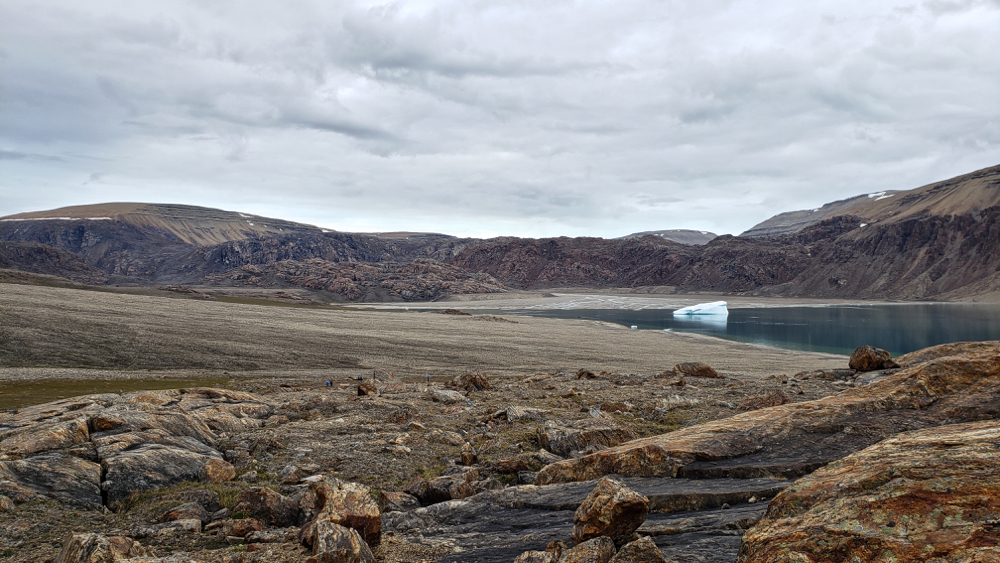 Stunning landscapes. If I recall the very basic refresher course I received from the geologist on board correctly, what you see in this photo is sedimentary rock.

The Ilulissat Icefjord is in western Greenland. It was declared a UNESCO World Heritage Site in 2004 and is, essentially, a jam of icebergs breaking off the Jakobshavn glacier, that have trouble exiting to the ocean due to a shelf at the opening. When ice falls off a glacier or iceberg it's called calving. Charlotte, the glaciologist is in orange in the foreground. 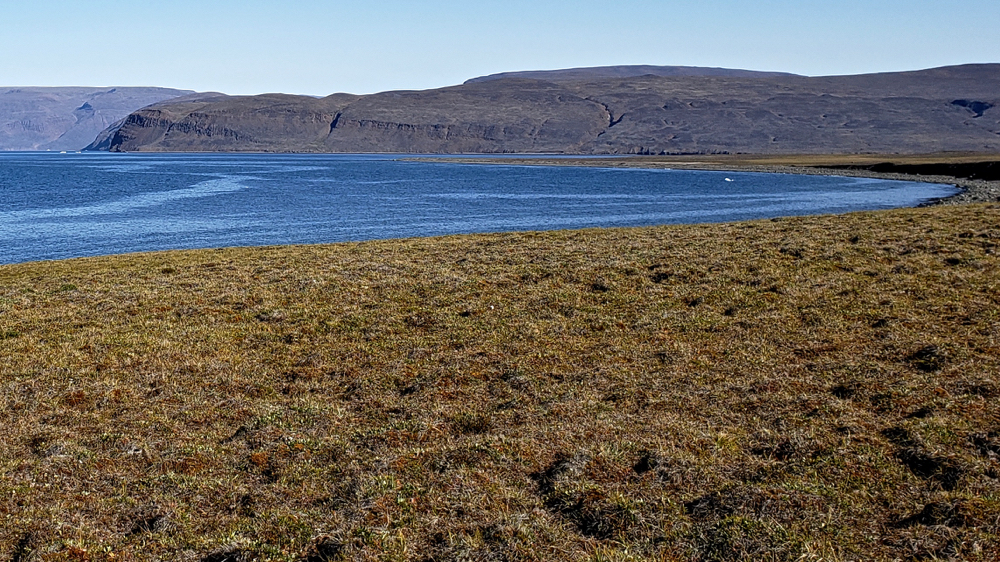 Undulating, spongy tundra was the nature of the land beneath our feet on a number of landings. You can see just how spongy the land is in the next photo. 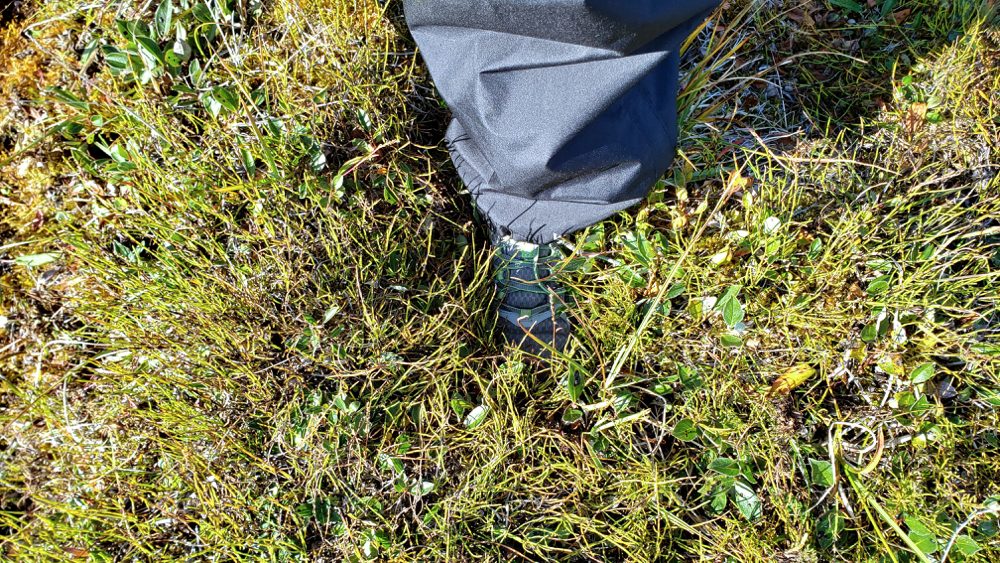 My foot sinks into the spongy land. 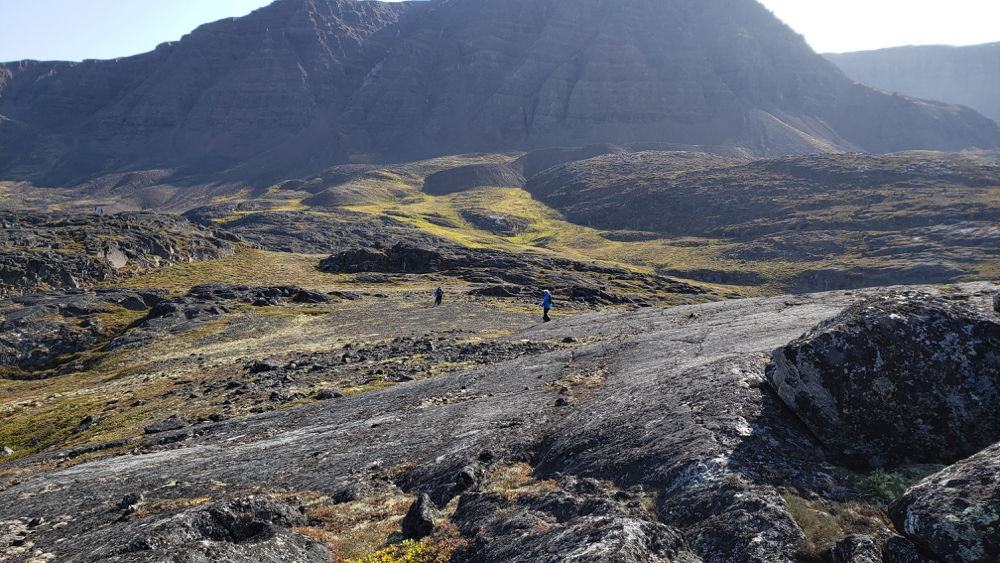 At one point I described the landscape as the Isle of Skye on steroids.

On board there were places where people could record their sightings of birds, mammals, and plants. Collectively, professional and amateur ornithologists, botanists, and biologists put together quite a list.

A short list of the 37 species of birds sighted.

This trip was sponsored by Adventure Canada but, as always, the views and opinions are my own.

Want more about this trip? Read:

All photos were taken on my Samsung Galaxy S9 which has a high resolution camera. I have not been sponsored by them. Adventure Canada has a camera lending program that is sponsored by Nikon. You can borrow some amazing equipment and get advice from professional photographers on board the ship.