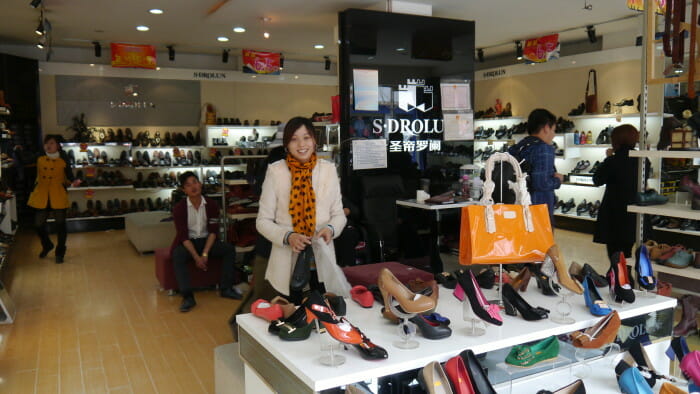 High-end shops where Tibetans neither work nor shop.

My spring tour of China included going to Lhasa.

Though fascinated by Tibet, I wasn’t sure I wanted to go given the political situation. Tibet has been ruled by the Chinese for over fifty years.

Fifty years. It doesn’t look like the Chinese will be relinquishing Tibet to Tibetans any time soon. Yet still, Tibetan exiles continue to agitate to have their homeland for their own nation.  I have sympathy for their cause so I had to think carefully about a decision to go.

The Free Tibet website agrees that the decision of whether to travel to Tibet is not an easy one. They lay out the pros and cons of doing so. These include:

In the end, my choice was to go. I wanted to see the country for myself. Though there is much to learn about Tibet online, seeing for oneself can be vital to understanding the contemporary situation. This post makes no argument about either Tibet's history or future. There are people far more knowledgeable than I on the subject and I provide links to a number of articles at the end of this post. What I present here simply seeks to give you an idea of what Lhasa looks like today.

Images of the Lhasa I Expected 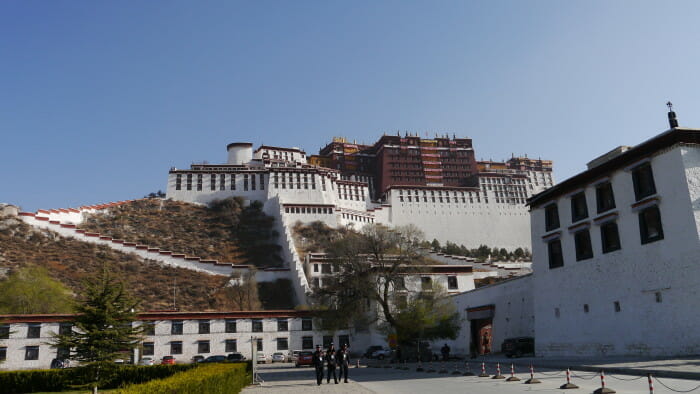 The Potala Palace was the main residence of the Dalai Lama until the current Dalai Lama fled to India during the 1959 Chinese takeover. 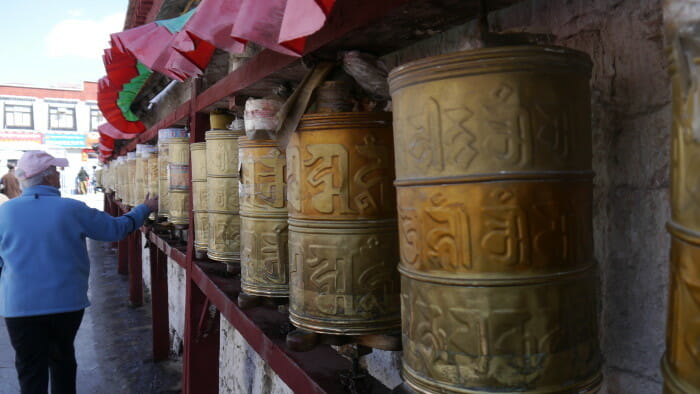 Prayer wheels at the base of the Potala Palace. 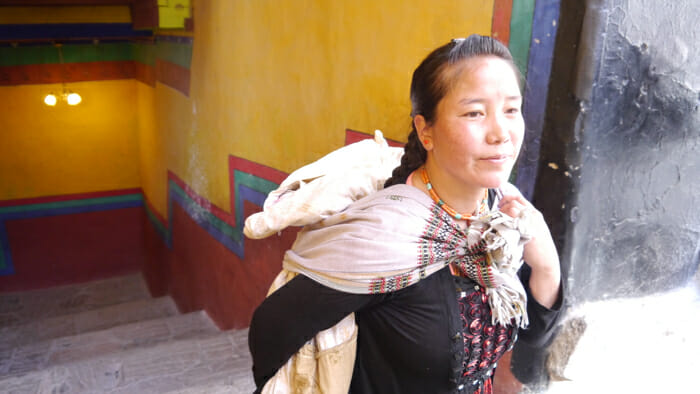 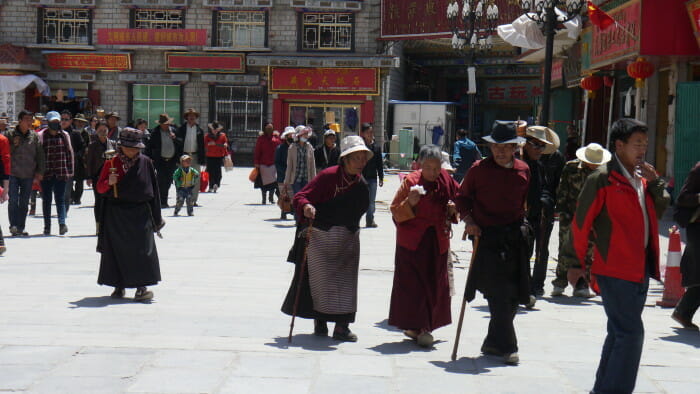 People walking around the Jokhang Temple. This ritual circumambulation of temples and shrines is a type of Tibetan Buddhist meditation and pilgrimage. 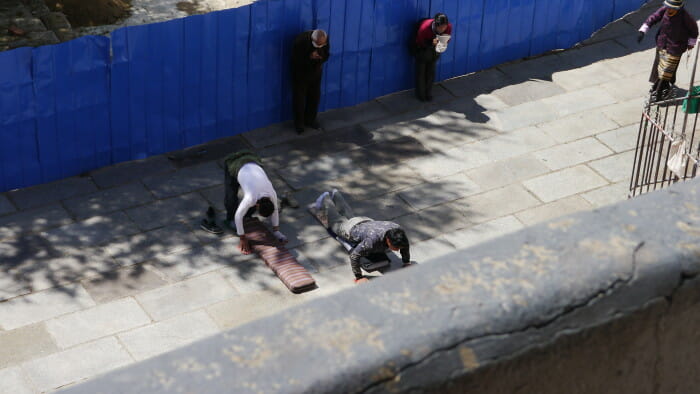 Prostrating in prayer outside the Jokhang Temple. 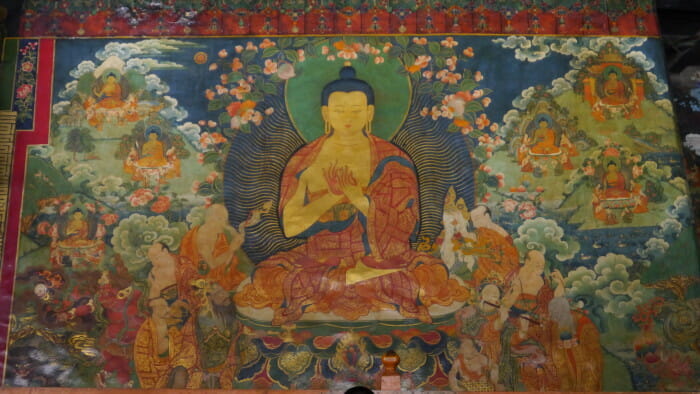 A mural inside the beautiful Jokhang Temple.

Images that Overwhelm My Memory of Lhasa 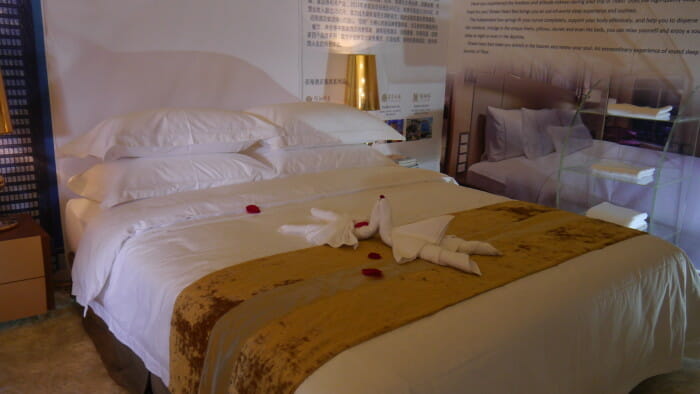 I was invited into a store front to see what a new luxury hotel that was soon to open in Lhasa would look like. 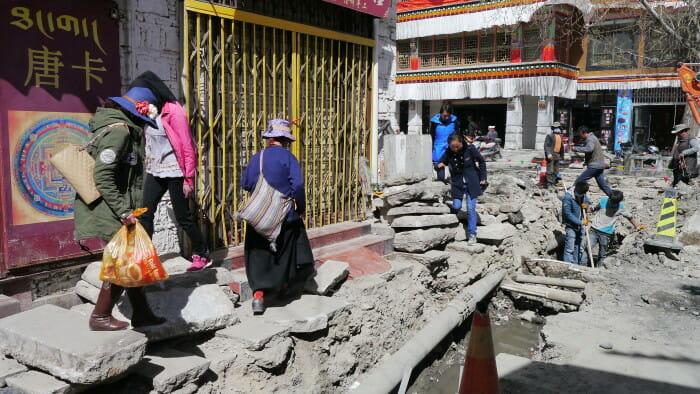 Construction was everywhere. This is why I don't have a great photo of the Jokhang Temple that is mentioned above. 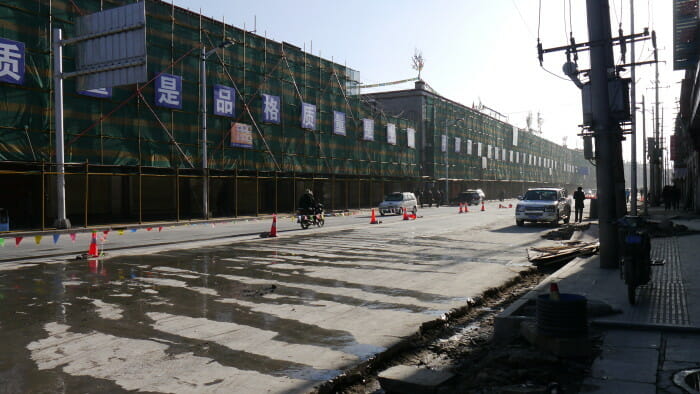 Reports say that the streets are being torn up to build a major shopping mall in downtown Lhasa. 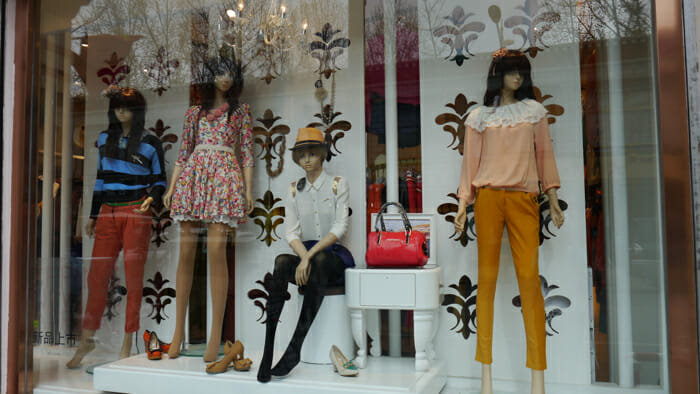 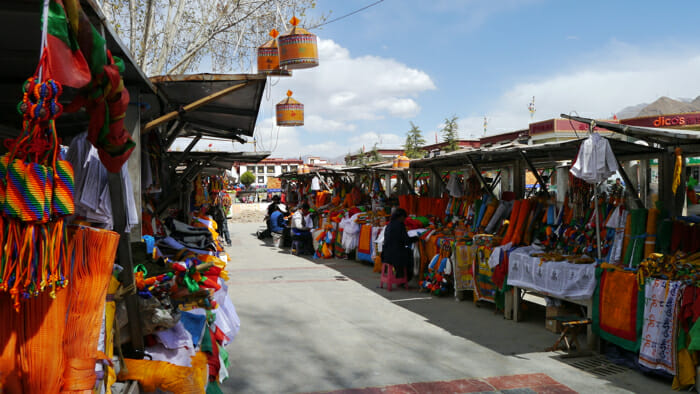 Tibetan handicrafts are more-or-less restricted to a tourist market and, I think I can say with confidence, that not all are made in Tibet.

His Holiness, The 14th Dali Lama of Tibet

The Middle Way: A Highway for Solving Tibet Agony

Protests and uprisings in Tibet since 1950

New Dawn on the Lost Horizon

My thanks to Overseas Adventure Travel for making my tip to Lhasa possible. While they supplied the trip, all opinions are my own.