You are here: Home / How to Travel Alone / Life on a River Cruise? Here’s What It’s Like 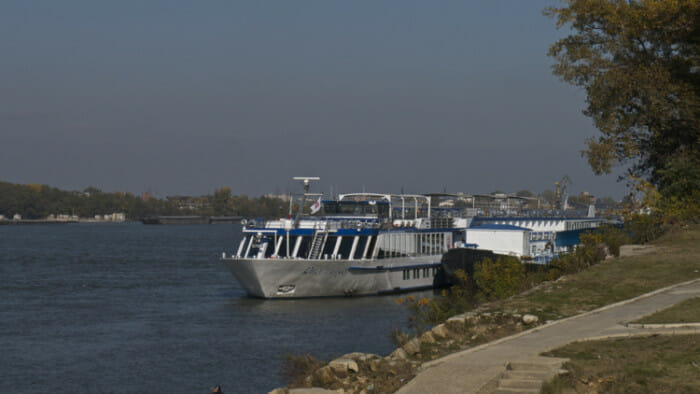 Our ship, the M/S River Adagio.

Both follow a similar daily pattern but they have  completely different personalities. 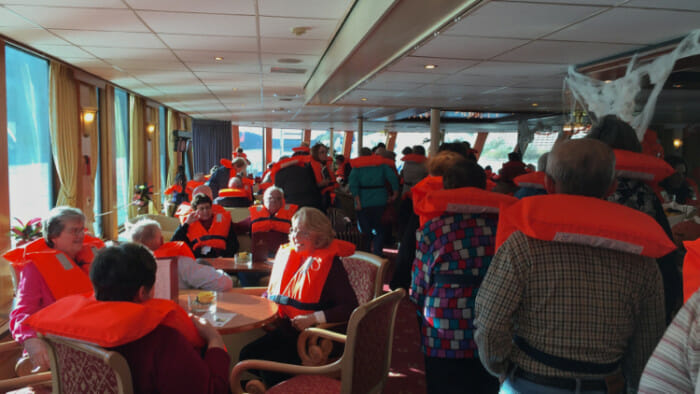 The requisite safety drill before the cruise got underway.

The Logistics of Travel Made Easy

From the moment I passed through customs in Bucharest to the point of departure through security in Budapest, everything was taken care of for me. This makes life easy for a solo traveler. Typically, I don't mind the logistics of travel. In fact, I enjoy the challenge. However, after many difficult months at home, on this trip I needed a bit of pampering. (Read Eastern Europe: 6 Reasons I’m Excited to Go and 1 Reason I’m Not) So I welcomed the care.

About twenty of us arrived in Bucharest on different flights at about the same time. We were met and taken to a hotel in the city and given keys to our rooms where our bags magically appeared. The next morning we simply placed our bags outside our rooms by 7am so that they could be collected and loaded onto a bus for delivery to the ship. Yes, once I passed through customs in Bucharest I never had to move my bag again except to unpack and then pack to return home. Twelve days of travel and only once did I repack my bag.

All the logistics were this smooth and the timing was impeccable. I was really amazed how every tour, every meal, every event ran like clockwork. 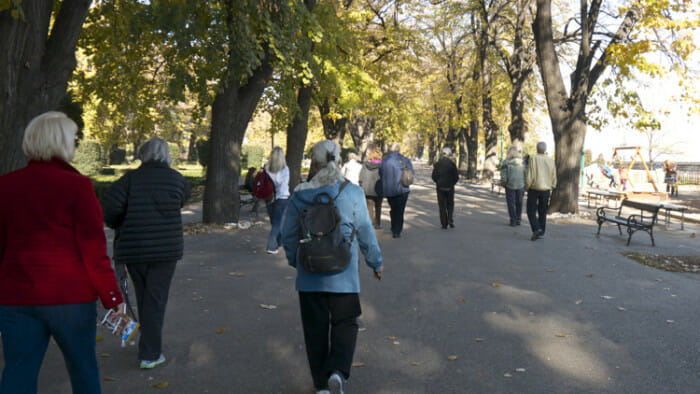 After traveling at night, each day started with a tour of a new port town. We each had a Whisper audio set which allowed us to wander away from the pack and yet still hear the commentary.

Daily life on a River Cruise

With the exception of the one day when we cruised through the Iron Gates (locks in Romania) we did our cruising at night. This meant arriving in a different port every morning. Here's how a typical day unfolded. 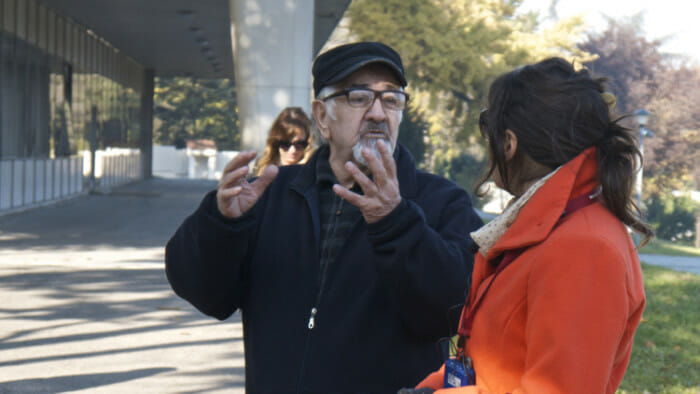 Our first stop in Belgrade was at Tito's tomb where we met this man who spoke to us about life under Tito. 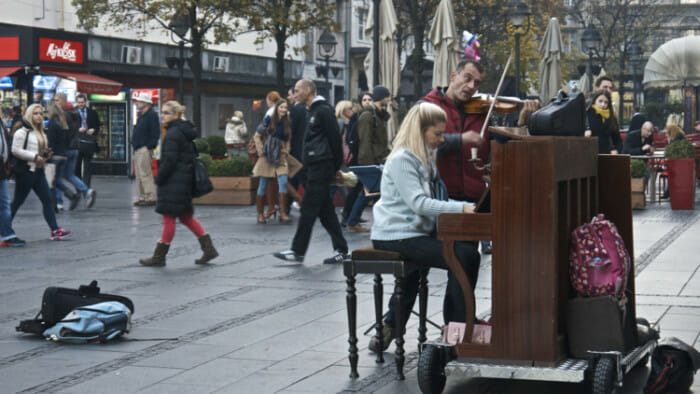 There was usually free time to explore on my own in every port. This is Belgrade. 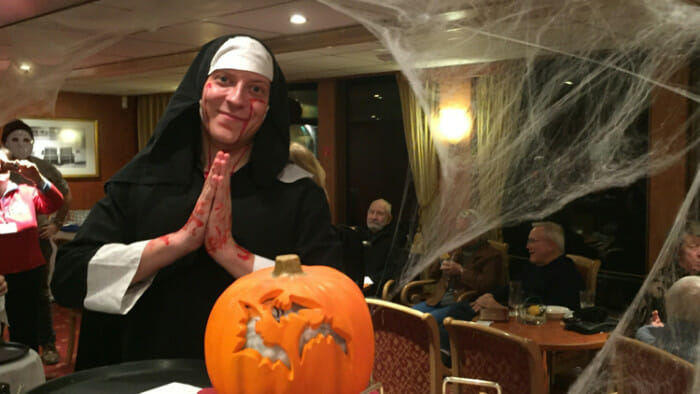 We spent Halloween on board. The crew took every opportunity to ham it up.

So you can see that life on a river cruise is straight forward, predictable and easy. But on Grand Circle it's also stimulating and challenging. The brain capacity that was freed by having everything taken care of for me was available for integrating what was learned each day and for discussions with fellow passengers. 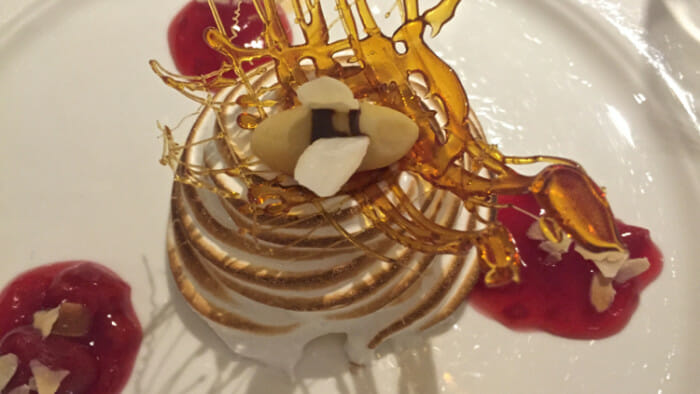 Bee's nest dessert. Oh yes, I ate on this trip! 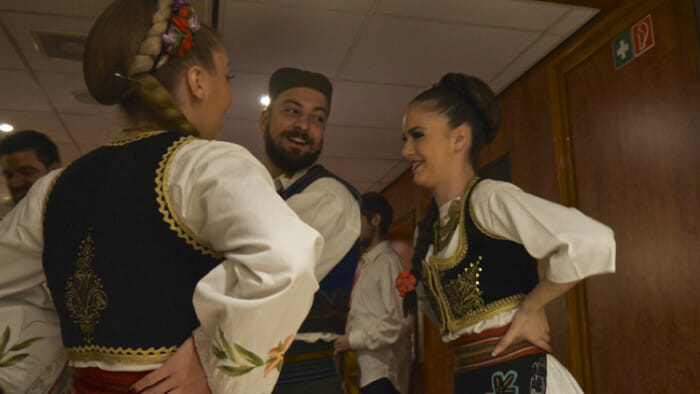 In Serbia these dancers shared their traditional dance for an evening of entertainment.

Grand Circle has a very creative approach to providing fun, enriching moments on their trips. There's

The formal name Grand Circle puts to it is “Learning and Discovery.” The job of the program directors is to build as many enriching learning and discovery opportunities as possible into the trip. Naturally, it's all optional but in my experience these opportunities are far more interesting and memorable than any trip to a museum. 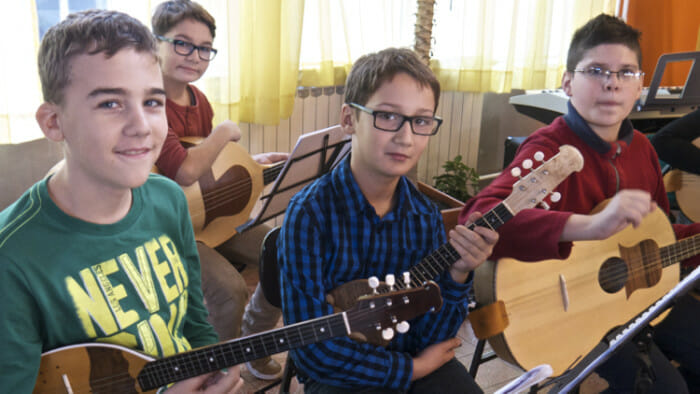 The Grand Circle Foundation supports schools around the world. These children in Croatia are at one of those schools. They put on a concert for us which, of course, encourages us travelers to support the school as well. 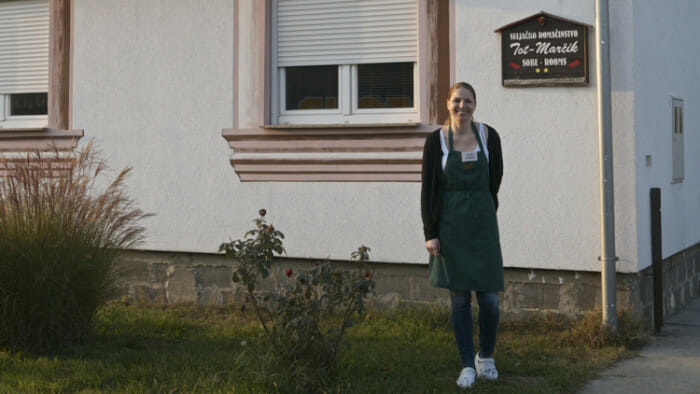 Lunch at the home of a local is a regular feature of Grand Circle cruises. 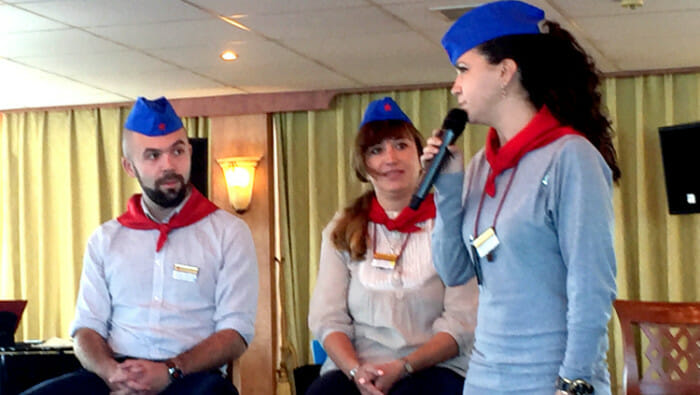 Here the program directors were sharing with us what their lives were like under communism in Croatia, Serbia and Romania as each director was from a different country. 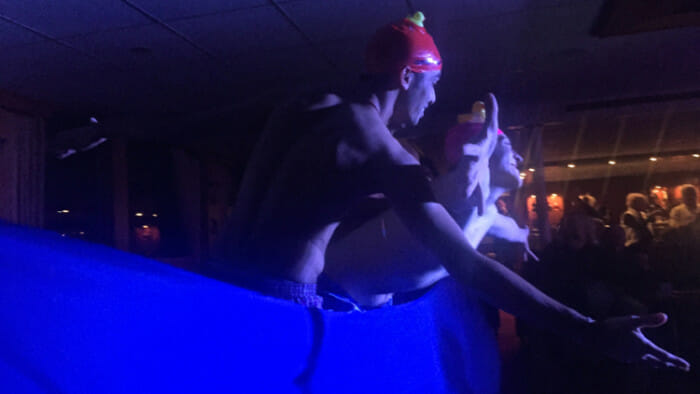 Synchronized swimming at the crew's talent show. This is a bit of silliness but some of the talent was quite amazing. 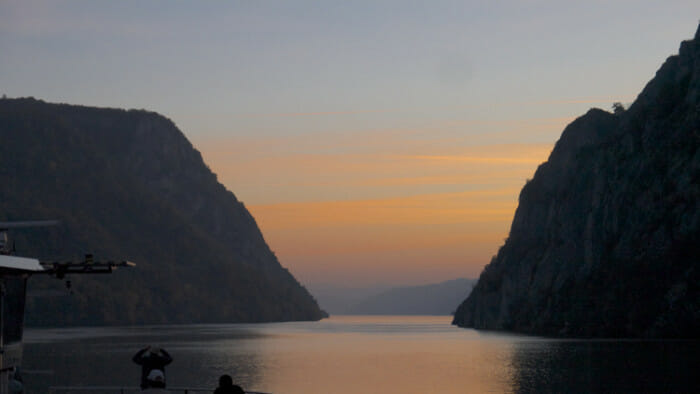 And, of course, there were fabulous sunsets to be enjoyed on board.

I was one of the last people leaving the restaurant at almost every meal. It's not because I'm a slow eater, or because I eat that much. It was because the people on board were interesting and the conversations didn't end quickly. With very few exceptions, the passengers were American so politics loomed large in our discussions. But travel did as well as most people on the ship were big travelers and many had lived expat lives for many years. They were a very interesting bunch.

As would be expected, the majority of passengers were retired. Most were in their sixties and seventies. Some in their fifties and one in her thirties. There was a spread. But the one woman who was absolutely extraordinary was Ann, who was ninety – she lived as though she was at least twenty years younger. 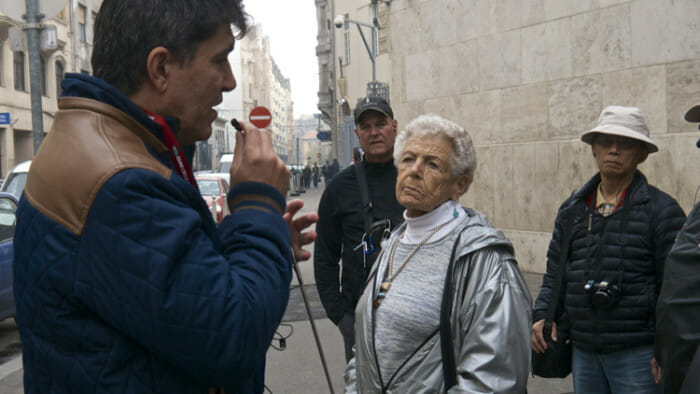 On a tour of the Jewish Quarter in Budapest I caught this photo of Ann in the foreground, she's 90, and John in the background who is 52. There was a wide age-range on board. 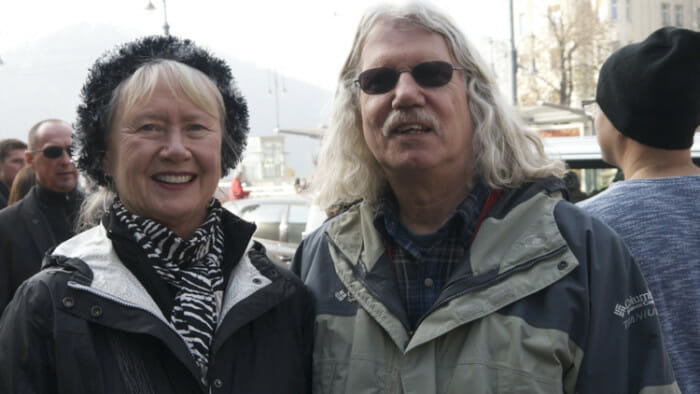 I met Claire and Tom from Boulder, Colorado in the customs line in Bucharest. The group was already jelling. 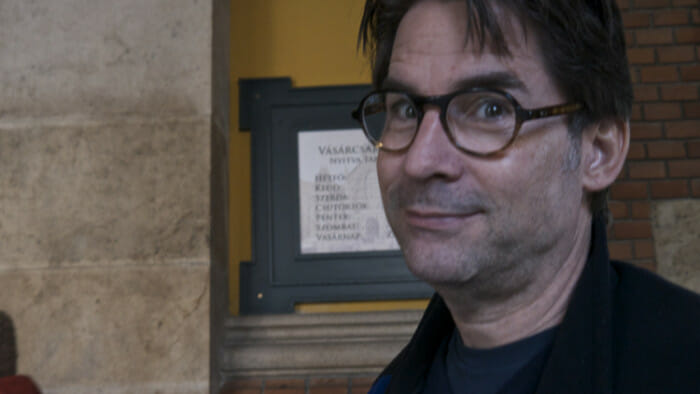 Mark – dead-pan, sarcastic, gracious Mark. For gullible me he was a challenge but also a pleasure.

Contrary to my usual requirement that any trip I take have no single supplement, this one has one. Occasionally it is waived but the list prices show a supplement. This is a case when you have to look beyond the rule. I compared the cost of this trip including the supplement to a similar trip through the same territory for the same length of time. Grand Circle was $1,900 less. It is a unique cruise line in that it sells only directly to passengers – your travel agent, CruiseCritic and the like cannot book you on a Grand Circle cruise. And you gain benefits the more often you travel with them. The vast majority of passengers on board had taken at least two or three trips with Grand Circle. Some had taken dozens.

So there you have it. If there's something I've missed, if you still have questions about life on a river cruise, please ask them in the comments and I'll do my best to answer them.

My thanks to Grand Circle Cruise Lines for supporting this trip. As always, the opinions are my own and editorial control of the stories is managed solely by Solo Traveler.