You are here: Home / Solo Travel Destinations / Europe / France / Lessons Learned in the Markets of Paris 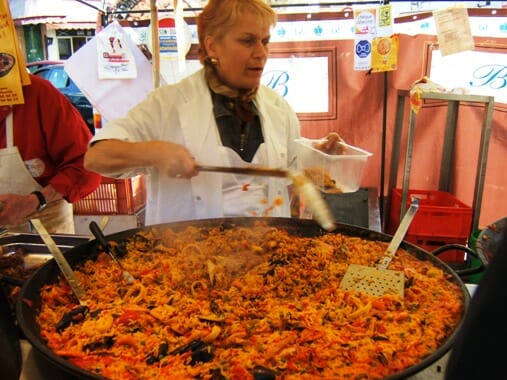 This paella will not be served before its time.

When I’m at home, I spend a lot of time traveling around my city, and the surrounding countryside, visiting farmer’s markets – at least during the limited harvest season we have in Ontario. I love to see what’s being grown, what’s in season, what delicacies vendors have created from their harvest. When I’m traveling, this becomes even more interesting, and I can’t wait to seek out the local markets.

On my first solo trip to Paris, I was in market heaven. I had drooled over a beautiful coffee table book about the numerous Paris markets before setting out. I had even rented an apartment close to one of them, with the idea that I would shop at the market and then experiment with French cuisine. Naturally, this did not happen. The last thing I wanted to do after 10 hours of walking around the city each day was to start cooking. I did, however, make terrific use of the markets: eating lunch at one, picking up prepared food for dinner at another, and loading up my suitcase with treats that would likely have been confiscated at the airport had they been discovered. 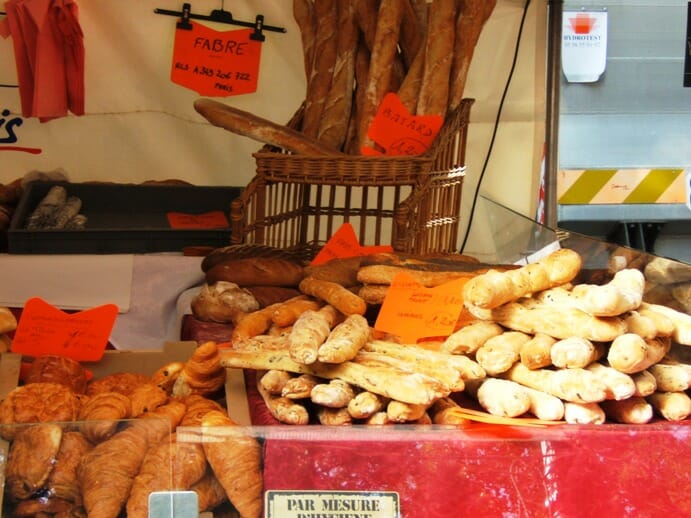 As I am writing this, I can still smell the bread.

You can learn a lot about a new place from its markets. Drawn in by the sight of a woman stirring a huge cauldron of paella, I’m sure I stared like a kid in a candy shop. As I took in the aroma and watched the steam rising from her pot in the cool autumn air, I was shocked to see her pick out a grain of rice, pinch it between her fingers, then frown and flick it back into the pot! It was the first of several experiences on that trip that would bring me face-to-face with my hyper-hygienic North American cultural bias. Lesson number one. 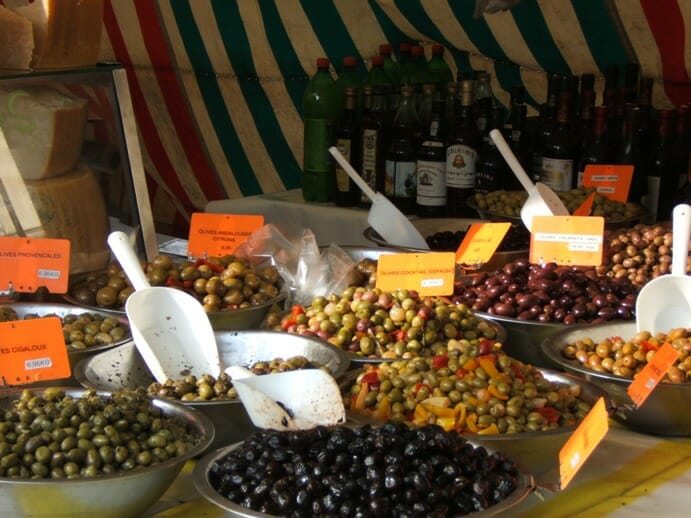 How to choose from so many varieties of olives?

Even though I was taking the paella home for later, this chef made me wait for some time as she would not dish it out until the rice was perfectly cooked – which required a few more pinches and flicks to determine. She took tremendous pride in her creation, and there would be no short cuts taken. I would just have to wait. Lesson number two.

At a market near the Bastille, I was surprised to see some of the very people whose photographs had graced the pages of the book I had read back at home. Even though that book had been published almost 10 years earlier, the old man soaking his feet in his famous bath salts and the woman with the huge smile, describing her African finger foods were still there, still selling the products that they were passionate about. Lesson number three. 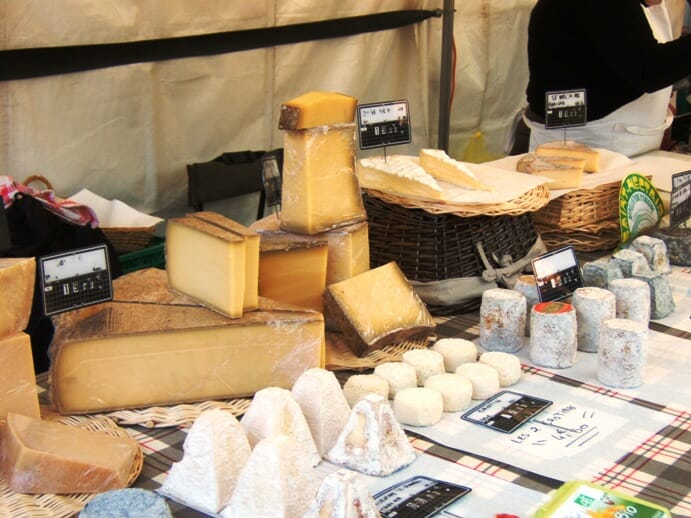 The decadence of French cheese. There's nothing like it.

For a solo traveler and diner, markets are a wonderful place for food and entertainment. At Richard Lenoir, I wandered through, picking up a fresh-baked baguette at one stall, some perfectly ripe, runny brie at another, olives in a variety of sizes, colors, and flavors at still another. I sat on a bench in the sunshine and watched the locals do their weekend shopping, listened to some musicians play, and savored my meal. I will never forget that experience – and am reminded of it every day by the photos of the components of that meal which now hang on my kitchen wall at home.

From the Paris Tourist Office, here is a list of many of the food markets in Paris, their locations and hours.

Is food an important part of your travels? Check out my tips for planning for delicious food and wine travel experiences.