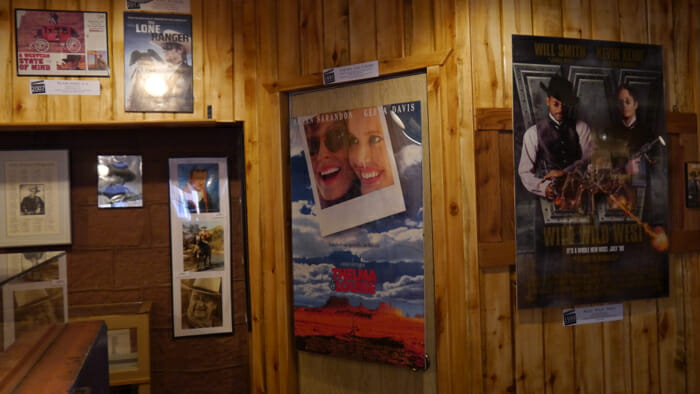 Inside Goulding's Museum the movies shot in Monument Valley are celebrated.

There is truth in every side but the truth that is generally understood is the one that suits the victors.

I studied the philosophy of history at the University of Toronto. The question of whether there can be historical truth is one that was frequently debated on a theoretical level.

In Monument Valley, Utah, two truths of the same history played out in front of me on a very practical level.

US Route 163 goes right through Monument Valley. The main crossroad is Monument Valley Road. At this point, on one side of the highway is Gouldings' Lodge and other services. On the other side is a Navajo market and, further up the road, Monument Valley Tribal Park run by the Diné (commonly called the Navajo but, they refer to themselves as Diné.)

There is truth to be found on both sides of Route 163. 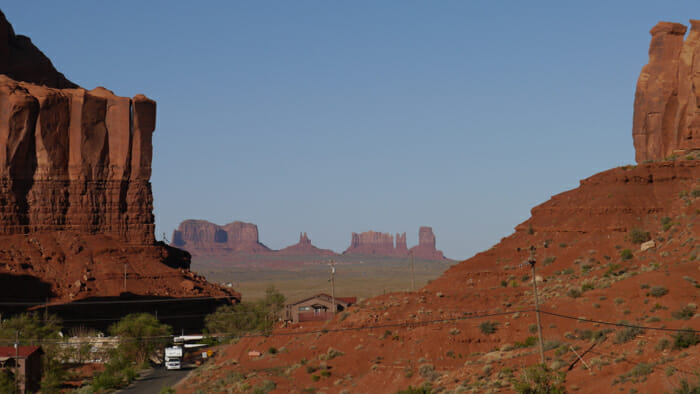 View from the road going through the Goulding's complex of grocery store, gas station, RV park, lodge, restaurant and museum. They have a shuttle bus that runs every evening from the RV park to the restaurant, museum and small movie theater where they show John Wayne films.

A Short History of Film in Monument Valley

The landscape of Monument Valley is known to most movie-goers for providing stunning backdrops in hundreds of films over the years. How the valley came to be a favorite for filmmakers is said to be the work of the Gouldings.

The Gouldings, Mike (the wife) and Harry, arrived in Monument Valley sometime in the 1920's and set up a trading post. (This is now a museum.) As the story is described in their literature, by the 30's they and the Navajo in Monument Valley were suffering severely from the Great Depression so Mike and Harry set out for Hollywood where they managed to meet with director, John Ford. Impressing Ford with photographs of the valley, they convinced him to use it as a backdrop to his films. Stagecoach was the first film shot by Ford in the in valley. Movies brought work to the Navajo who participated as actors, extras, cooks, gofers and more.

By the sounds of things, in the “dirty thirties” the movies saved those living in Monument Valley. 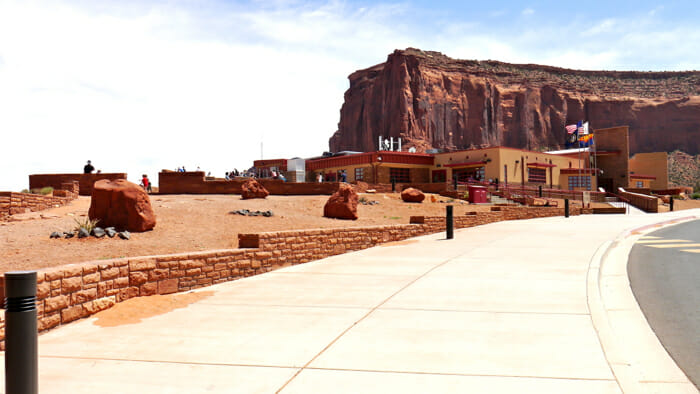 Monument Valley Tribal Park. The main building has a restaurant, gift shop and museum. You can also book tours of the valley from stands in the parking lot.

Expanding on the History of Film in Monument Valley

That the Gouldings went to Hollywood and enticed John Ford to the valley for his films appears to be a truth. At least, I found no doubters on this front. But what that meant for the Diné has many truths.

Certainly, the movies brought work that was valuable during a time of drought and depression. But Monument Valley Tribal Park museum and the Diné I spoke with take the story further. According to them, Ford brought his own crew of cooks, gofers, etc. This meant that there was not as much work available as one might first expect. In addition, much of the work for the Diné was as extras and involved dangerous activities such as falling off horses in battle scenes.

The Monument Valley Tribal Park museum also expands on the history of the Diné in terms of social values, legal structure, governmental organization and more, none of which was represented in the western films by Ford and others. To this day, the tribe works to correct the misunderstandings of their culture perpetuated in film.

The history presented at Gouldings was simplistic suggesting that the role of the movies in Monument Valley was all good. When a history appears tidily wrapped up like the ending of a Hollywood film, one should ask questions. 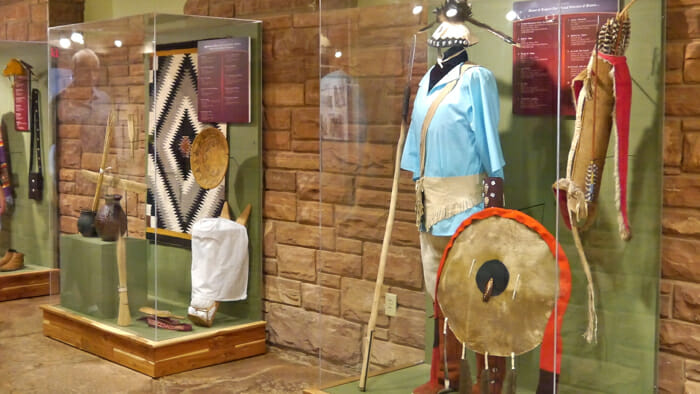 Display in the museum at Monument Valley Tribal Park.

Travel and the Question of Historical Truth

As a traveler, how can one understand history when there are so many truths? It's not always as easy as it was for me in Monument Valley where Highway 163 provided a neat historical divide.

The only way is to be curious, ask questions and assume that you'll never get every perspective and a definitive truth. Such is the challenge of all historians. Even a treatise of 1000 pages leaves some perspectives out.

(My thanks to Cruise America for providing the RV for this trip.) 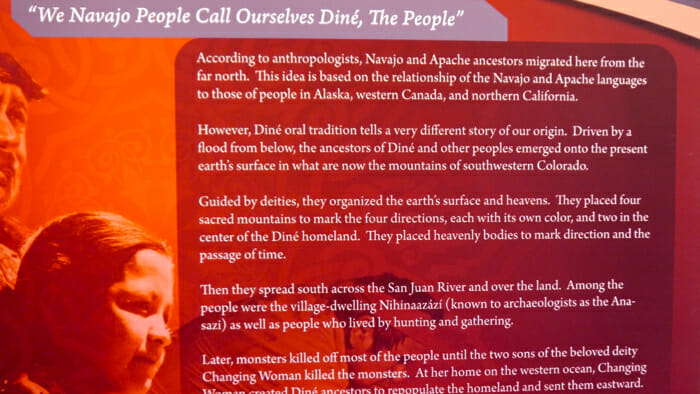 History as the Dine people see it. 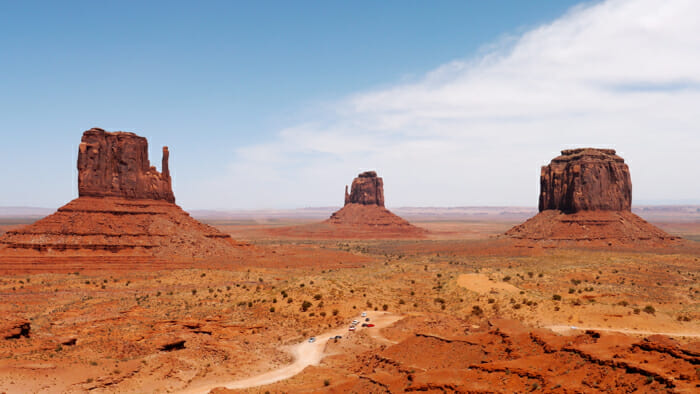 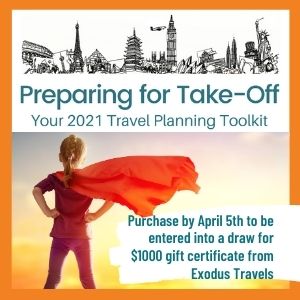