You are here: Home / How to Travel Alone / A Solo Point of View / Most Challenging & Rewarding Solo Trips 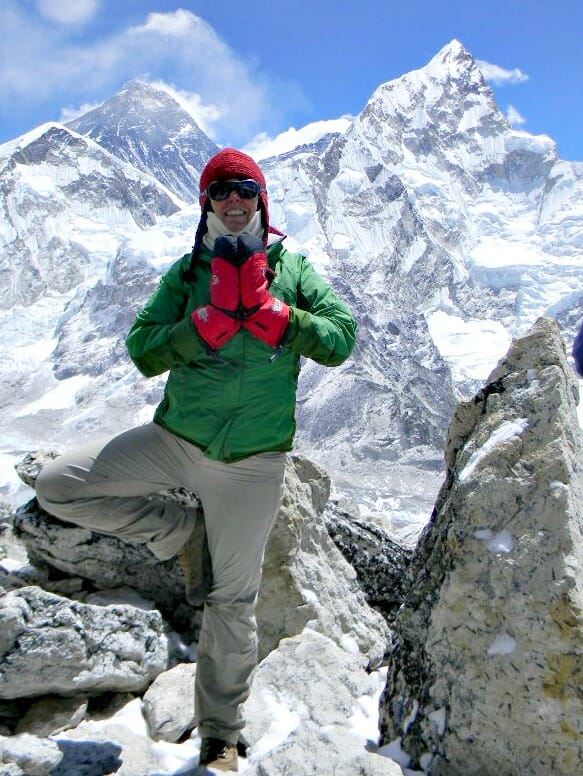 Solo Travel Society member Lisa at the summit of Kala Patthar in Nepal.

What were your most personally challenging and/or rewarding solo trips?

I recently asked this question of the almost 200,000 members of the Solo Travel Society, our highly engaged community on Facebook.

A wide range of answers were posted throughout the day, revealing two main ideas:

For some, it was the newness and unknowns of the first time that made it the most challenging. “It will always be the first solo trip, that's where you learn your independence,” said Spike. “My first solo trip was to Hamburg, Germany. Battling the local language, the anxiety, not knowing your surroundings, trying to find places, it is a big challenge, but extremely rewarding and a huge confidence booster.”

I love Freida’s philosophy of making friends with herself:

At 54 years of age I decided to invite my Self to dinner until “we” were best friends. I rented a car in Paris and drove for 8 weeks. Each morning I said: “Take me where I'm supposed to be.” I made it into Poland before I turned back towards Paris. The trip changed who I am today. It is the best gift I ever gave myself. I had $10,000 for the trip. When I returned to STL I had $90 left. I love traveling with me. We eat at the same time, get up at the same time, enjoy the same adventures, agree on daily life with no stresses. Perfect! I also learned I did not want to be alone all the time. I worked hard to stay connected.

Marleen made the point that what seems small to one traveler can be a huge challenge to another. “Driving four hours up the west coast to Cambria doesn't seem like much, but for someone not used to being alone and anxious trying new things, it was tough and nerve racking. I did it with stops in between, one being a wine tasting to reward myself. I stayed one night alone and realized it felt great! I can continue doing that alone, though it’s still a bit of a struggle at times.”

For Mimi, it was studying in Ireland for a year. “It was my first trip abroad, my first solo adventure, and a life-changer. I didn't know who I was back then (in the twentieth century), but it marks the primary turning point in my life: from being just another Midwestern Woman to being Other. To being free to be Other. I haven't traveled consistently since then, but if I look at my life in terms of flights and suitcases and road trips, that's the one that changed everything.”

Some people found that the challenges they faced on their first solo trip taught them valuable lessons that have served them well on subsequent trips. Jenny had been travelling with her family before discovering in 2006 that “it's quite something else to do it solo! I loved Milano for 6 days and a further 12 days across Europe. I drank tap water in Rome and took ill and had to recover fast to catch up with my planned itinerary. I learned and discovered so much about my strengths and weaknesses! I now do a solo trip once a year.”

Shelbo found the first solo trip, 5 days in Cape Cod, the most rewarding. “The destination wasn't difficult but I realized that this introvert could talk to people I didn't know, go to dinner alone, and people will actually talk to you! I've been on a few solo vacations since and the thing I enjoy most is that my day shapes up exactly how I want it!” 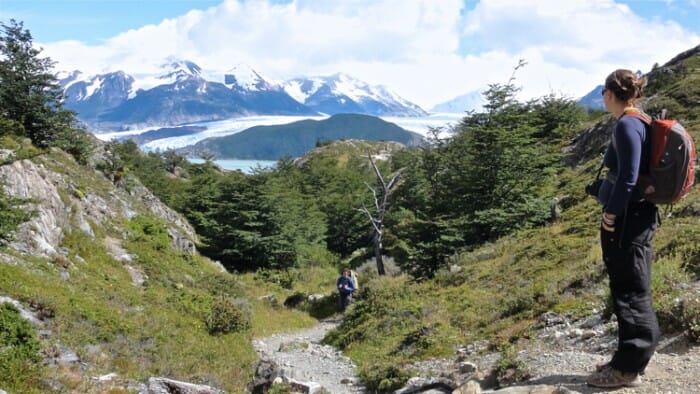 For more on traveling solo as an introvert, see 7 Tips to Somewhat Social Solo Travel.

For some travelers, their most challenging and rewarding solo trips have occurred during extraordinary situations at their destination. Lea spent 13 months in Communist Poland at the age of nineteen, and traveled to war-torn Afghanistan at twenty-one. Efren’s most challenging solo trip was to Istanbul last February, following bombings, when police and bomb-sniffing dogs were visible in all public places.

Laura took a “solo trip to volunteer in Lesbos in the peak of the refugee crisis last year. Nothing was in place, 5,000 people were arriving daily to the island. It changed my life forever.”

Susan had planned a solo trip to Belize but while she was in transit, hurricane Iris hit. “By the time I got there the entire area I was planning to explore was devastated. The place I arranged to stay was completely gone. Everyone was evacuated inland and there was no power and little water. Everyone had to pitch in with the clean-up and food. It was not what I planned but it was an irreplaceable experience.”

Sara set a personal physical challenge for herself, and the results were very rewarding.

I went to New York City for my birthday a month ago. I wanted to climb to the top of the Statue of Liberty but am not in great shape, so I had to train for those stairs at the gym in the weeks leading up to my trip. Once I got to NYC it was hot and humid and my feet and ankles were swelling a lot every day. But…on the morning of my birthday, swollen ankles and all, I climbed to the top of the statue and was delighted when I got to the top and realized it wasn't nearly as far as I thought it would be. I am so glad I did it.

Language and culture can prove to be significant challenges in some cases, especially if you are traveling outside of large cities or tourist areas, or are settling in for a while.

Michael found traveling through Russia to be his most challenging solo trip. “I don't speak the language which really limits you outside of the big two cities and there isn't much of a tourist-friendly vibe. I also had a really difficult time finding places to eat which was odd and annoying. I don't think I will return.” 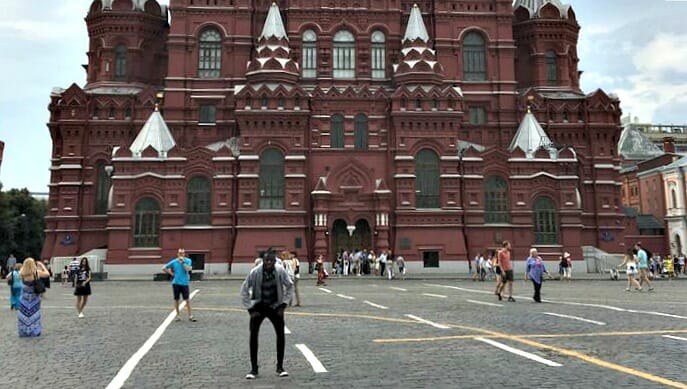 Kwendo was actually on his most challenging solo trip on the day that he responded to my question. “As a solo black traveler in Russia with no clue how to read Russian letters or speak Russian, it is thrilling but at the same time rewarding! Moscow has been a great experience and I'm leaving for St. Petersburg on Wednesday. Also, as you probably might guess, there are no black people here so the race thing can be a bit daunting–but so far the experience has been exciting!

Dealing with illness on the road is never easy, as Melanie discovered when she spent six nights in a hospital in Kathmandu suffering from Typhoid fever. Eto said, “China solo got me good: jet lag, ear infection, squat potties, I didn't speak any mandarin, etc…but I made it through and am happy I got to experience it, as it made me a better, stronger traveler.”

Judith's most challenging trip involved “coming down with stomach flu in the Detroit airport when I was supposed to be getting on a flight to Paris for a solo month there. I thought I was about to die but I handled it, got a flight for the next day and a hotel room in which to recuperate.It gave me the confidence that I can handle anything!

In the aftermath of a broken relationship, traveling solo can reap multiple rewards. Tami said, “After a 25-year marriage ended badly, I took a seven-week solo trip around South France and Italy, and spent the last few days near Munich. It changed my life.”

Katey shared the following experience from one of her most rewarding solo trips:

This doesn't even compare with a lot of stories on here, but my most rewarding solo trip was a quick jaunt to Dublin in April. I had just broken up with my boyfriend and had never ever been anywhere on my own, not even to an airport. The sense of achievement I felt when I got to the airport and then sat on the plane was amazing and I couldn't believe I had found the independence to do it finally. I am now off to Barcelona on my own at the end of the month and Salzburg in September. I have found a new lease on life! 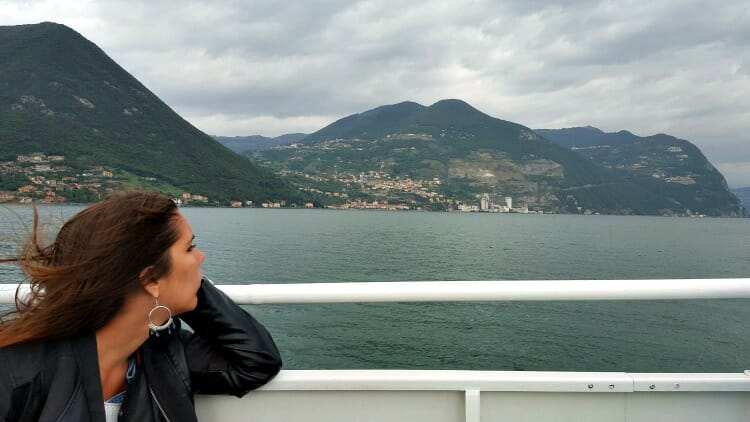 I'm going to give the last word to Solo Travel Society member Jocelyne, with whom many of us can probably agree. When asked, what were her most personally challenging and/or rewarding solo trips, she replied simply, “All of them.”

What have been YOUR most challenging or rewarding solo trips? Please share your stories below.