You are here: Home / How to Travel Alone / Munich, a Museum and Lessons for Democracy

In my ideal world, travel outside one's own country would be a compulsory element of every high school curriculum.

And as part of my ideal travel course, students would go to Munich for a guided program at the Documentation Center for the History of National Socialism.

The center represents the facts and circumstances behind Hitler's rise to power as well as that of the Nazi Party in Germany. It provides some answers to the confounding question of how people could let the holocaust happen.

I have enormous admiration for Germany's willingness to dig deeply into such issues. As an observer, it seems to me that they hold democracy in great respect and with care to actively protect it. I've seen this in the repeated acts of reparation for actions before and during World War II, in the way historical sites are preserved despite the painful reminders they offer, and in their film, literature and art. I saw it in how they received the influx of refugees from Syria in 2015/16. And this past fall I also saw it in Munich at the relatively new National Socialist Museum, as the center is commonly called.

The museum delivers a cautionary tale that I think is needed in the West now more than at any other time since World War II. 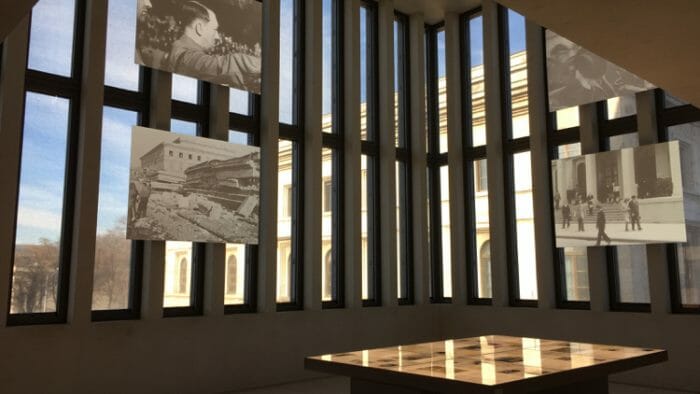 Facing the Past with a View to the Future

The creation of the National Socialist Museum was not an easy undertaking for the people of Munich. “Munich has had a harder time with this [history] than all the other cities in Germany because it is more tainted than any other city,” said Museum director, Winfried Nerdinger. Considered long overdue by many, it opened on May 1st, 2015, 70 years after the US entered Munich and Hitler committed suicide.

The museum is located on the former site of Nazi Party headquarters near the Königsplatz which includes many elegant, neo-classical buildings. The Museum, by contrast, is a stark white box of a building that one can't help but notice and wonder about. That was the intent. It is a building that stands out as should the history it holds. “This is a perpetrator site,” Mr. Nerdinger said. “Those who carried out the crimes actually sat here, and the emphasis is on retracing how it could have come to this.”

Starting on the fourth floor and moving downwards, floor by floor, the history of the Nazi Party is represented as well as the socio-political and economic climate in Munich that gave it rich breeding grounds.

One of History's Most Important Lessons on Display

What more important lesson could history teach than how to recognize and hopefully avoid the rise of a regime that identifies a few, very specific groups in society for persecution and ultimately extermination. In the case of the Nazis it was Jews, Gypsies and homosexuals.

And it has to be noted here that the regime rose through a democratic process. 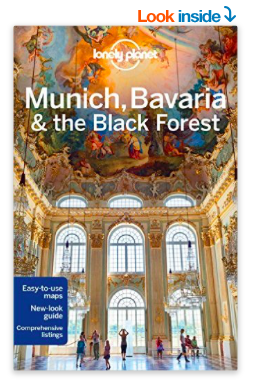 After World War I Germans suffered under the harsh terms of the Treaty of Versailles. People were hurting economically and psychically. They were ready for scapegoats and a strong man to solve their problems. As I moved through the museum it became clear that the Nazi party provided both by using populist politics, misinformation, fake news and simplistic answers to complex problems. Visiting this museum challenges one to identify such tactics at use in present day.

The key questions that the Documentation Centre poses to visitors are: “What does this have to do with me?” and  “Why should this still concern me today?”

As per my ideal world and my ideal travel course, this museum is a must.

The photos below are a few that I took as resources for the writing of this post. I did not intend to share them but some of the details are so striking that I've decided that the information is best delivered this way. 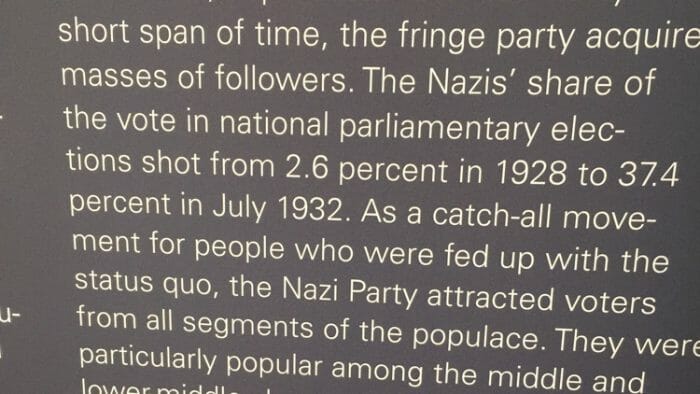 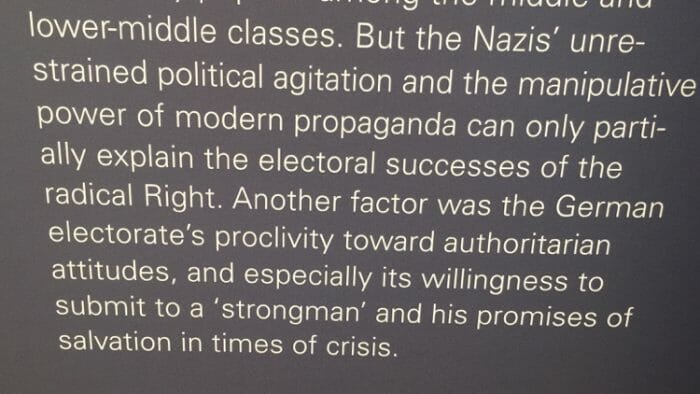 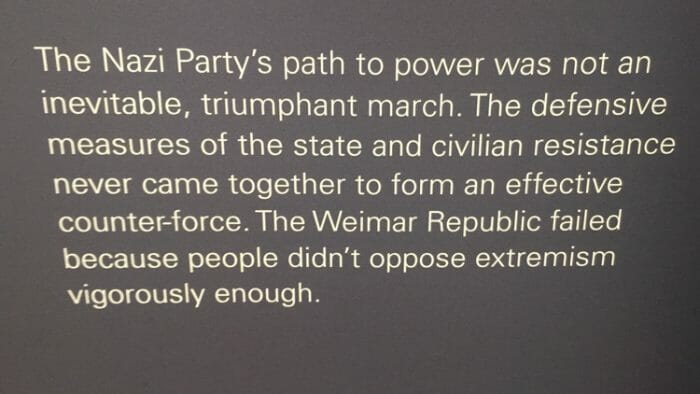 The museum is open Tuesday to Sunday 10 am – 7 pm. On holiday Mondays, check to see if they are open as they often are. Admission is 5 euros.

I have the German National Tourist Board to thank for my trip. As always, the opinions are absolutely my own.