You are here: Home / Solo Travel Destinations / Asia / India / The Gentleman of Amedgarh 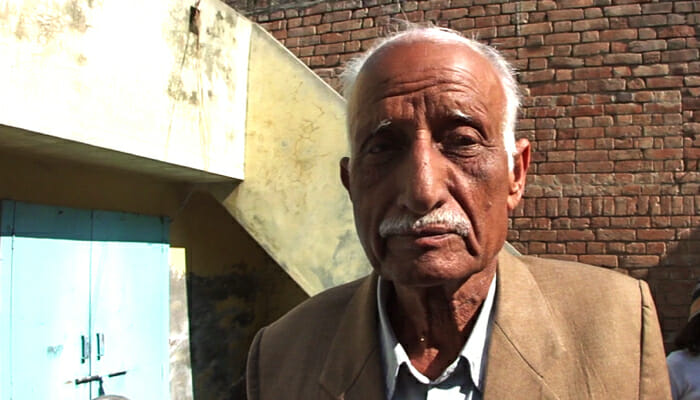 Retired from work but not from life.

The wedding was over and the days of family and friends visiting the new couple in the home of the groom had begun. Amidst the comings and goings, the laughter and chatter in Punjabi, I was taken by my host to visit the “old” house.

You see, just prior to the wedding, the family had moved into a new home. It was bright and fresh on the second story above their store. The marble, which ran throughout, gleamed. In contrast to it and the pomp and finery of the wedding, in the old house I was introduced to the real India. 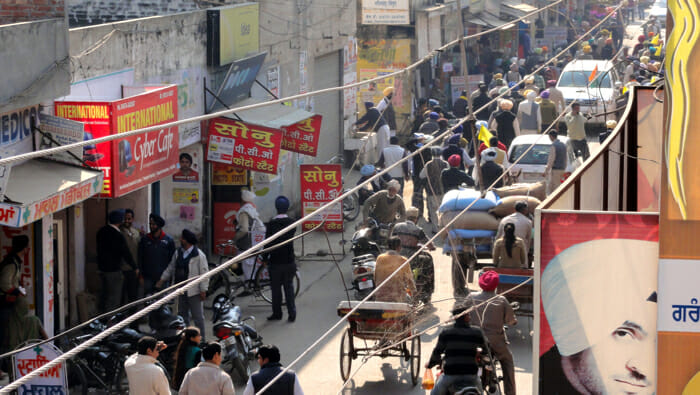 A main street in the town of Amedgahr.

Off the Tourist Trail in India

I was in Amedgarh, a calm agriculture market town with a population of 28,000 in Punjab, India. It lies 26 km from the much larger city of Ludhiana which I found absolutely frenetic. To say that it is not on tourists radar is an understatement. Judging by the stares I received, I suspect that it is a very rare occasion that they see anyone from the west. Indeed, I was asked by a young girl how I got my skin so fair. To further the impression, the videographer at the wedding had to be directed to video the bride and groom, not me!

To them, I was a novelty. For me, my hosts and the town as a whole offered a glimpse into Indian society that few enjoy. 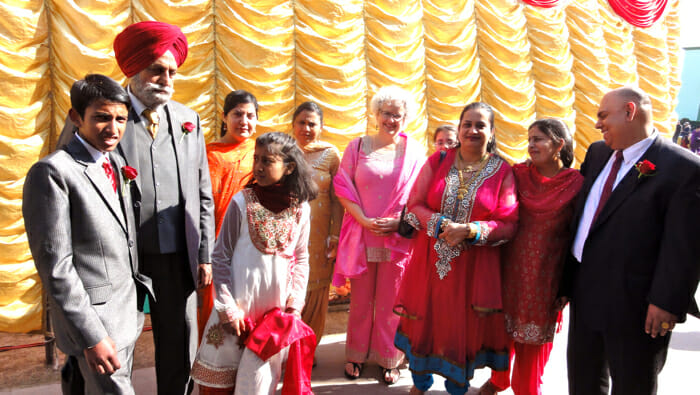 Everyone dressed in new clothes for the wedding. 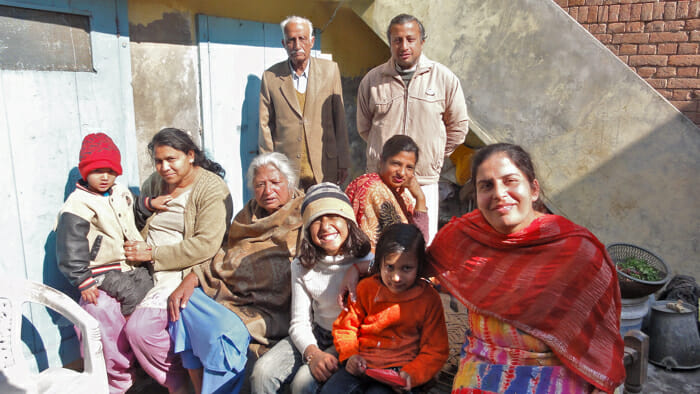 Daily life for a family in Amedgarh.

It was at the “old” house where the men stayed during the wedding. The new house was the domain of the women and their widowed father. The old house did not gleam. It was dark and the humidity of many rainy seasons had taken its toll on the entire building, inside and out.

I was then taken to the neighbors. I had met all (except the grandfather) during the wedding when they had been dressed in beautiful attire. Daily life was much more modest. 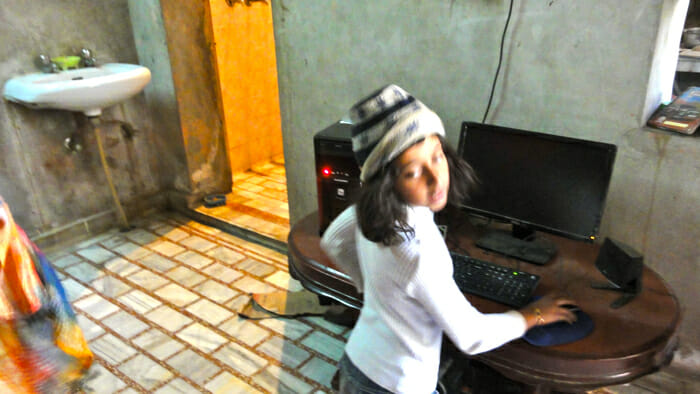 The children have access to the world via the Internet.

At the neighbor’s house I had the great honor of meeting the grandfather. He was deeply impressive, distinguished looking, long retired from his profession as a veterinarian.  My young friend introduced me.  But almost before I could say a word he asserted,”I am retired from work but not from life”.

He spoke English well and we conversed on many subjects – dwelling especially on the subject of education which, it became clear during my journey, seems dear to the heart of most Indians. His grandson aspires to be a doctor. His granddaughter has not yet decided on her calling.

This man, modestly dressed in a very old suit, was absolutely inspiring. His wisdom emerged from a gentle yet powerful voice. About life under British rule he said they had “lived like dogs”. He described the lives of Indians as having improved greatly since then but there was a way to go and the path forward was through education.

My time in Amedgarh was a unique opportunity to see India as it really is. I will never forget the kindness and generosity of the Channi family that made this possible. 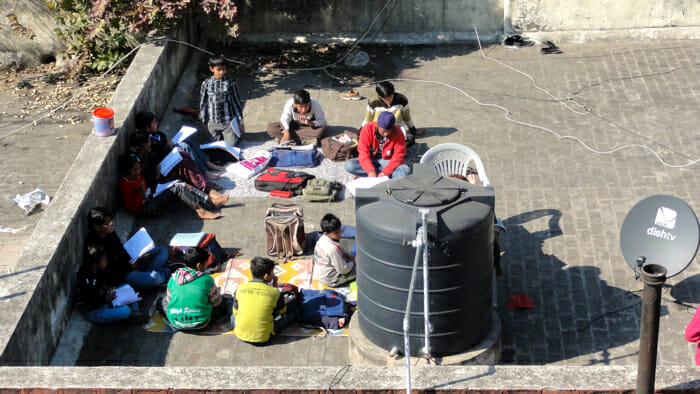 Studying on rooftop in Amedgarh

I ran into people driven to knowledge everywhere. This fellow (below) heard that I was from Canada and chased me down to practice French, his fourth language. Here's the story: Enchanté Baabush – Enchanted in India 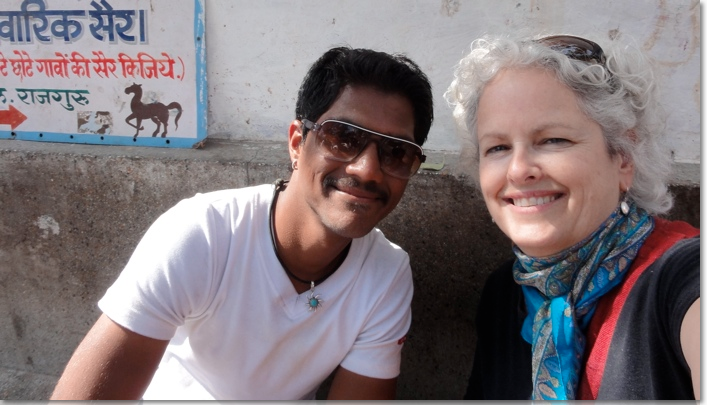 Baabush and me while studying.

Within six hours of landing in Delhi, I landed in the middle of a pre-wedding party. You can read about it in: Partying Indian Style.