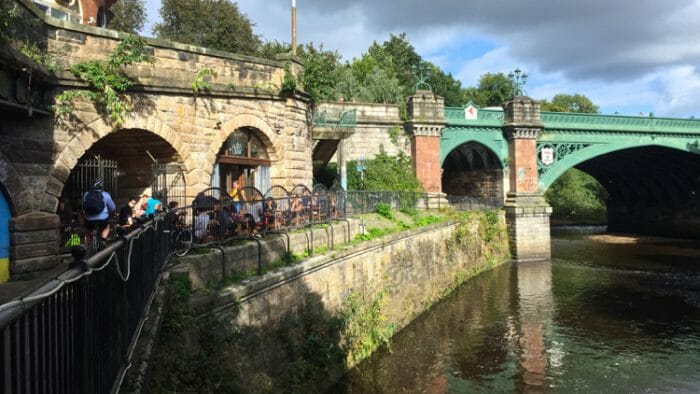 A coffee shop along the Kelvin Walkway in Glasgow.

I had only one day in Glasgow and it was  perfect.

Solo travel in Glasgow is easy. Yes, it has a rough and tumble past but it has a very exciting present. When asked to describe Glasgow in three words Glaswegians had many positive things to say. My favorite was “It's pure gallus.”

It's my favorite because it's so accurate to me. It embraces the city's past and present. I could have spent many more days there. In case you're ever in Glasgow for a day, here's an itinerary that works. 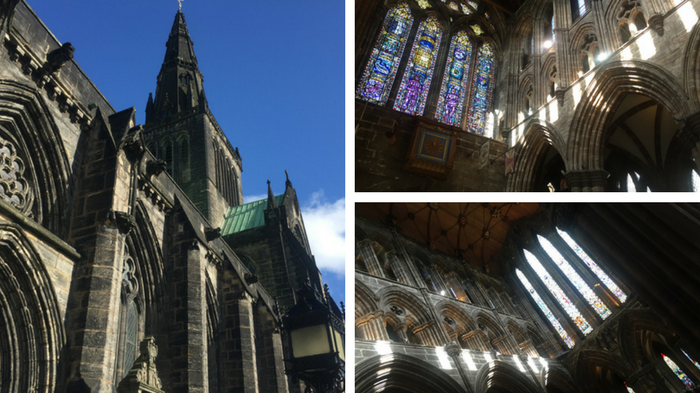 One Day in Glasgow Begins with a Bit of History

I arrived early in the morning on an overnight flight from Toronto and went directly to the Z Hotel. It's located very near George Square which is in the center of the city. They have single rooms which are small but suitable for a night as a solo traveler. Naturally, my room wasn't yet available but they treated me very well. They not only stored my bags but also invited me to sit down for a breakfast at their buffet.

After breakfast I started walking. Glasgow Cathedral (the oldest building in Glasgow) is located just a bit east of the Z Hotel on High Street, the oldest street in the city. There you'll also find the Glasgow Necropolis and Provand's Lordship, the oldest house in the city. It dates back to 1471. I was fortunate to go there on one of the rare occasions that they offer tours. You get the idea. I first went to historic Glasgow. But I didn't stay long. I had a lunch date. 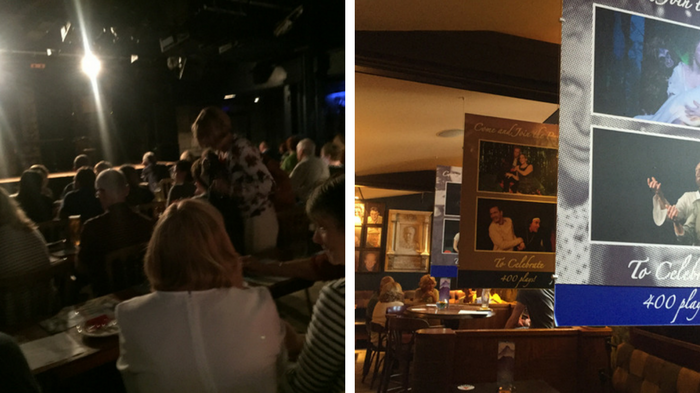 When I'm going to an English-speaking destination I always check out the theater scene. In Glasgow I was really lucky because there (as in Edinburgh and Inverness) they have A Play, A Pie and a Pint. They put on a different play every week and the quality is good! It's located on the other side of Glasgow from the Cathedral in the Oran Mor, an arts and entertainment venue. I took one bus and the subway to get there. It was easy.

At A Play, A Pie and a Pint you get exactly what the name says, all in about an hour. The price is £12.50 on weekdays. Arrive, pick up your pie (they have quiche for non-meat eaters), a pint of your preferred beverage and grab a seat at one of the long tables facing the stage to wait for the lights to go down and the play to start. While waiting, chat with you neighbor who will most likely be a local. Mine were on both sides of me. 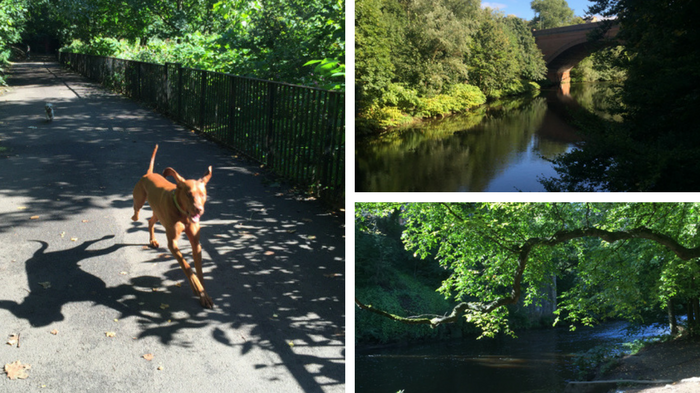 Cross the Street and Walk the Kelvin

Kitty corner to the Oran Mor is the Glasgow Botanic Gardens which rests on the shore of the Kelvin. It was the Kelvin Walkway I was aiming for. The paved path runs for miles along the Kelvin River through greenery, past small waterfalls, via the University of Glasgow. It's pretty the whole way down to the Riverside Museum on the River Clyde. You can also see beautiful bits of Glasgow peeking through the trees. Get details about the Walkway here.

After the Kelvin Walkway I was aiming for Glasgow Green and the People's Palace but I was getting a tad tired. So I cut up through the city centre and Buchanan Street, a commercial hub where I sat and people watched for quite a while.

Just a more block and I was back at the Z Hotel. I checked into my room, returned to the lobby for their free wine and cheese Happy Hour and reflected on a great day. 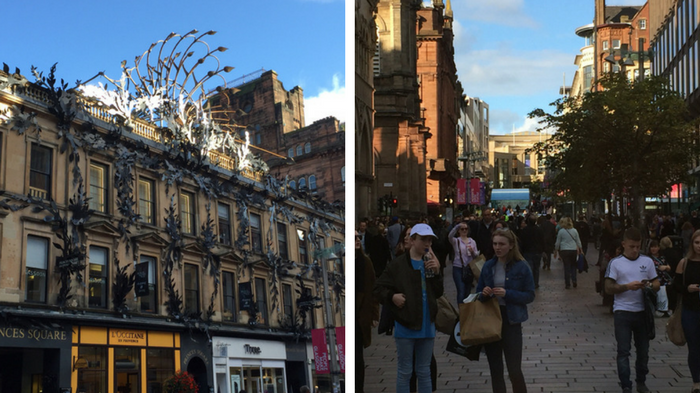 Buchanan Street is a shopping High Street. The Glasgow Royal Concert Hall is at the top of the street. 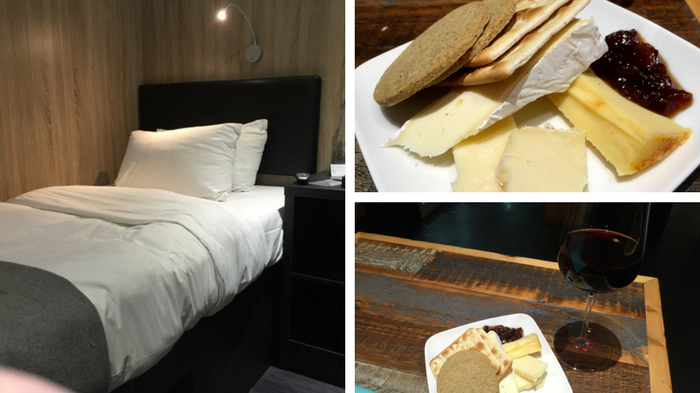 The Z Hotel offers small rooms for solo travelers. Mine had no window. If I were staying there longer I would have wanted one. But this small space was affordable and very well designed. Plus, they offered wine and cheese during happy hour. Really good wine and cheese! 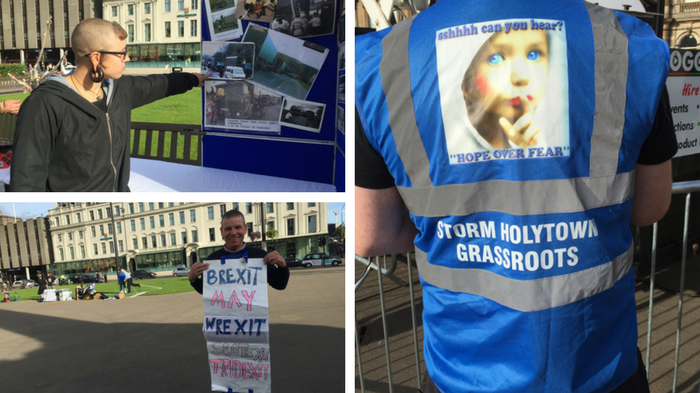 The next morning I was walking by George Square to the train station (it too is close to the Z Hotel) and came upon this protest rally that was being set up. It's always fascinating to talk to protesters. They are always keen to tell you their views.