You are here: Home / Solo Travel Destinations / North America / Canada / One Day in Vancouver – food, ferries and a walk around the Stanley Park 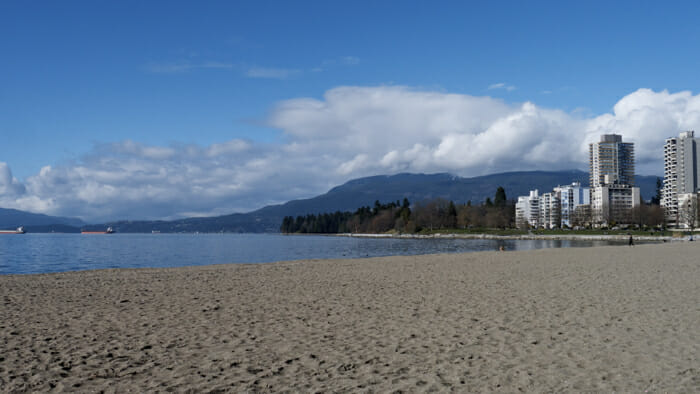 This is so Vancouver. Sea and beach, forest parkland and mountains, all in an urban context.

Vancouver is an active city.

You can feel it.

There's an energy here. At least, I think there is. Is it just that I know this city to be so? That there can be skiing a half our away on the north shore mountains while there is tennis in the city?

But then, on my walk I took this photo below.

Sea and beach, forest parkland and mountains all in an urban context. It begs you to be active, to be outside.

The city is also lush which means that it rains on occasion. Okay, maybe more than occasionally at this time of year. That's why, when the sun was out on my first day I took full advantage. I walked. 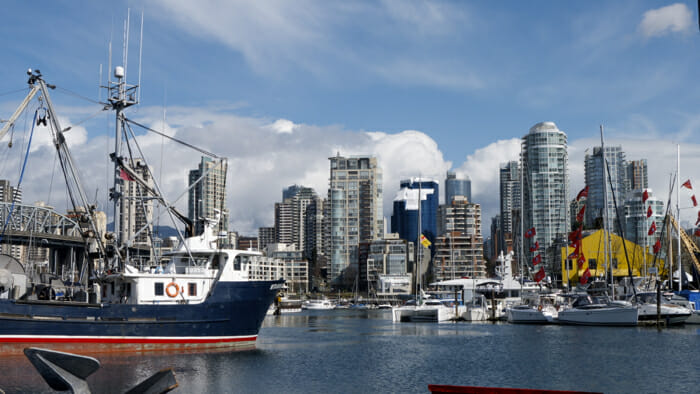 One fabulous day in Vancouver

I started my day at Fisherman’s Wharf. The typical starting spot for tourists would be Granville Island (not really an island but rather a peninsula jutting out into False Creek, a short inlet separating parts of the the city) but for locals and traveler's in the know Fisherman's Wharf is a wonderful start. It offers a great view of the Vancouver skyline with boats, both pleasure and fishing, in the foreground. 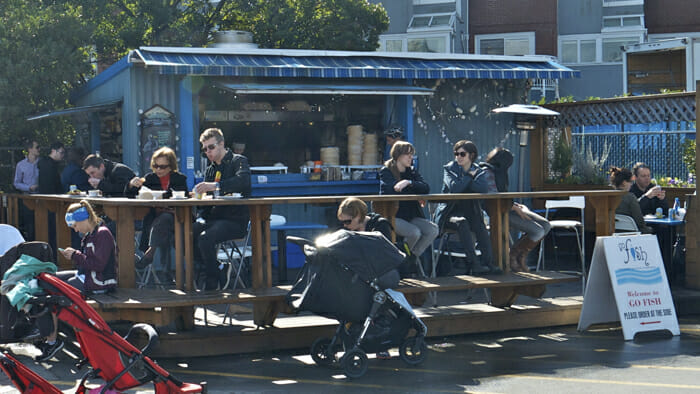 There's another reason to start at Fisherman's wharf – the fabulous Go Fish Food Emporium. I've had fish and chips there before, which is wonderful, but this time I had their special which was a seared Albacore Tuna sandwich with tartar and wasabi mayo, pickled cucumber, organic greens, nori togarashi spice and ponzu sauce. Absolutely fantastic and with a view of the city to match. 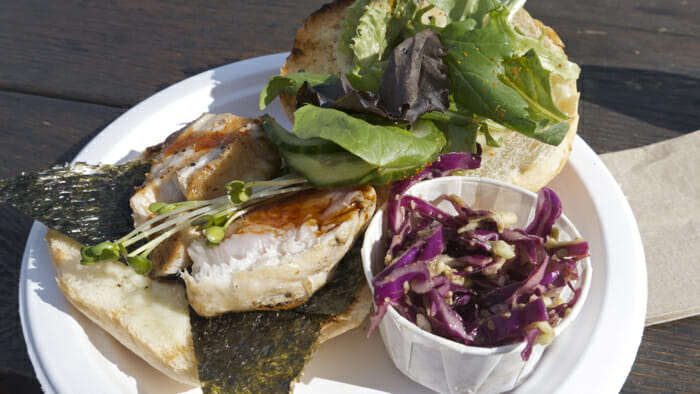 Just a very short walk from Fisherman's Wharf you'll enter Granville Market which is a fruit and vegetable market and so much more. There are artist studios and boating shops. There's the Artsclub Theatre Company for professional theater and Emily Carr University of Art & Design's public gallery. After a meander through the market I went to the False Creek Ferry Company to do a tour of False Creek and see the city from a completely different perspective. 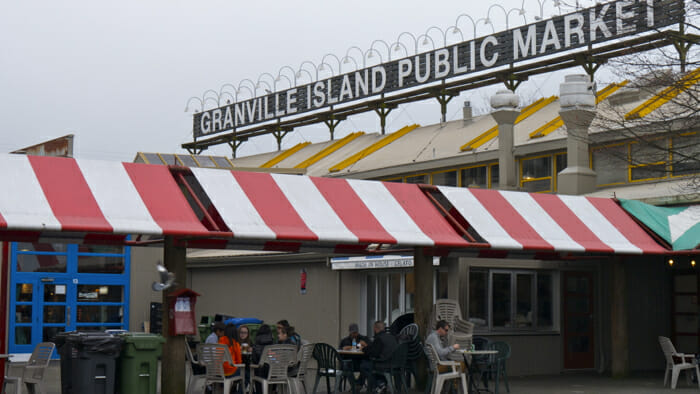 Granville market. A must. 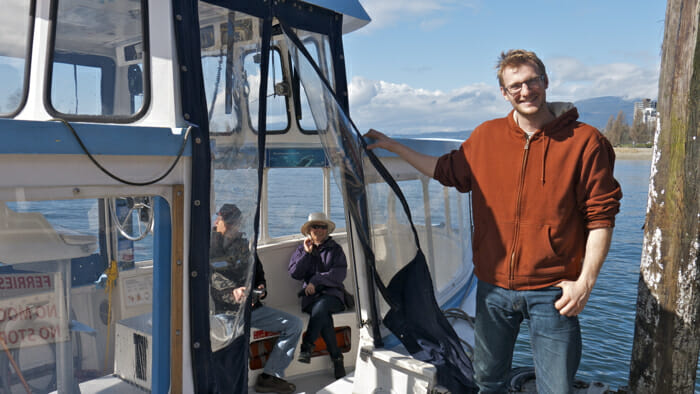 Ferry trip around the False Creek. Though this is a commuter ferry, you can take the whole tour for $15 dollars. 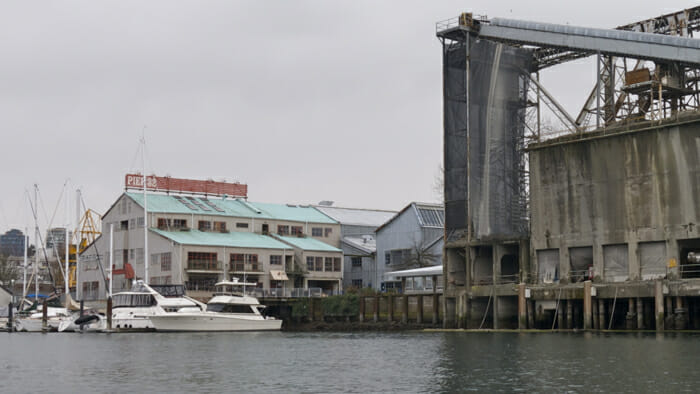 A rare remnant of the industry that was the norm for False Creek thirty years ago is on the right. On the left, a yacht club. There are also many condo developments around the creeks and walk/bike paths.

English Bay and a walk around Stanley Park

After the creek I took the ferry across to sunset beach – the stop is called The Vancouver Aquatic Centre.  And then I walked. I walked along the beach, around English Bay and then along the seawall around Stanley Park. The Stanley Park portion alone is 9km. I came out of the park exhausted but satisfied that I had enjoyed a real sense of the city. 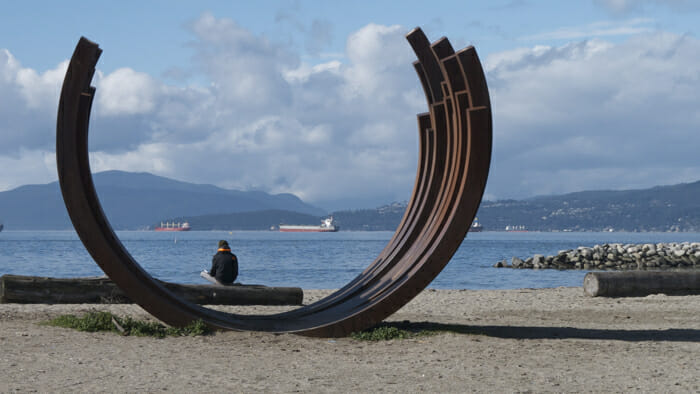 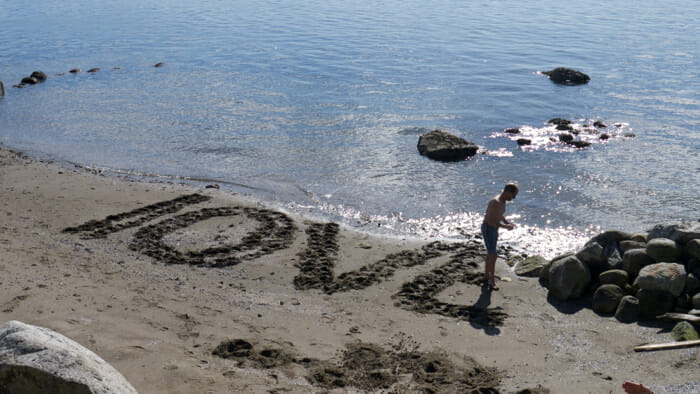 Love in the sand. The man pictured here mentioned that the tide would wash it away – once again. But then we agreed that there could always be more love. 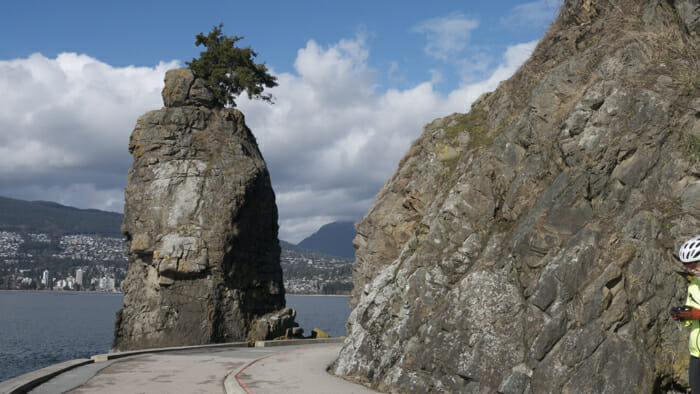 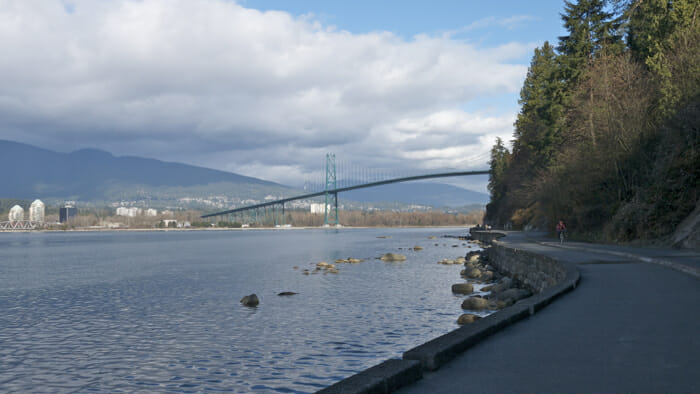 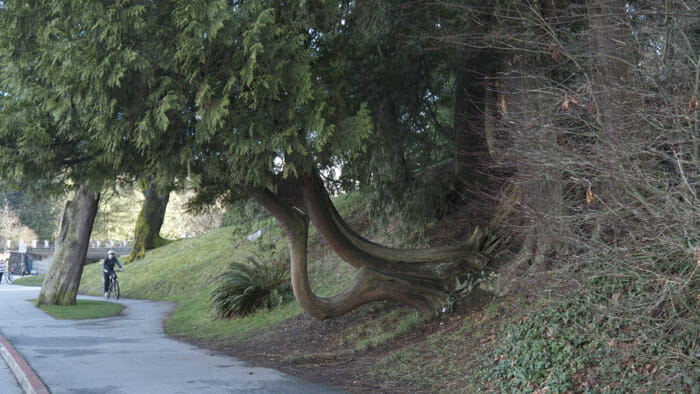 The cedars are magnificent. Usually large and tall. This one is small, a survivor. 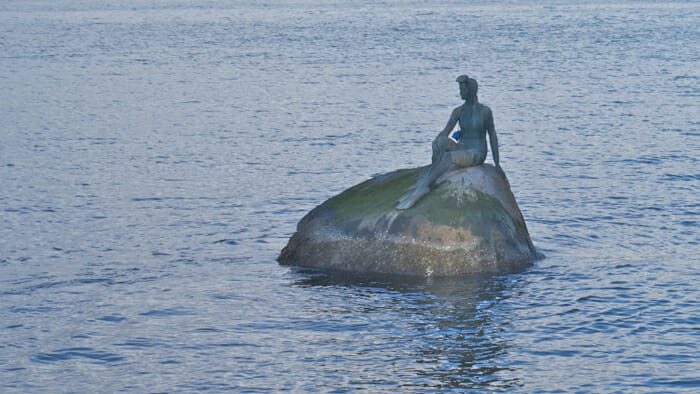 Girl in a wetsuit 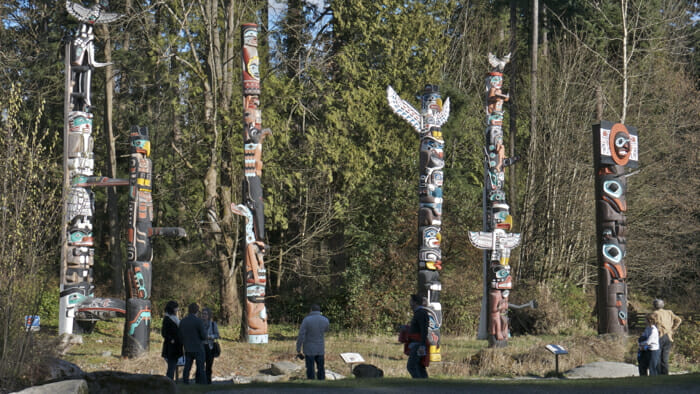 Totem poles in Stanley Park are not to be missed. 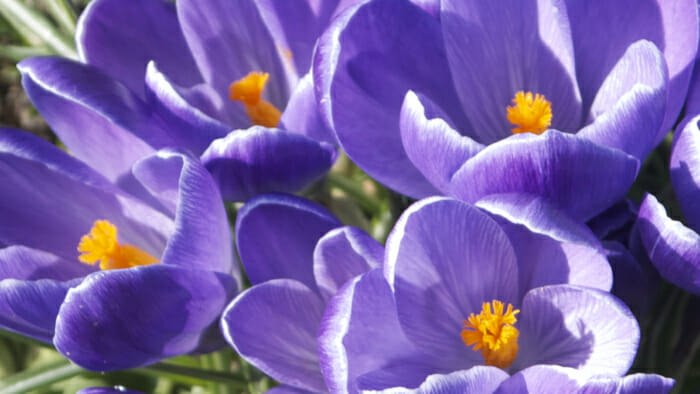