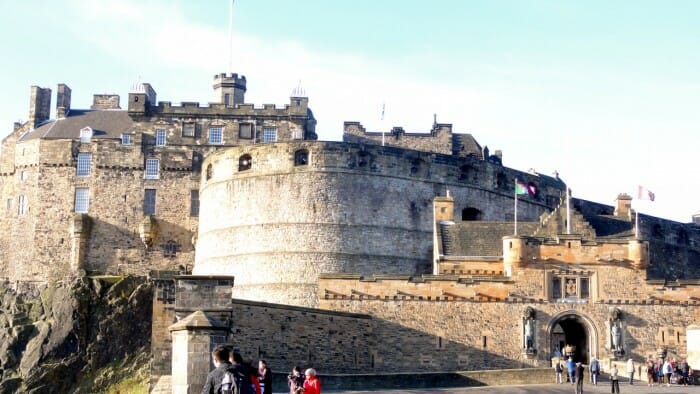 Sometimes there is just not enough time to do a place justice.

However, my philosophy is that it is better to try than not do it at all.

Such was the case in Edinburgh last year. I arrived late afternoon, had two nights stay and had to leave early the third morning. What does all that leave? Only one real day to experience Edinburgh.

Thankfully, I have a blogger friend there who planned it all out for me. Kash of Budget Traveller planned a fabulous day and joined me for the evening.

One Day Tour of Edinburgh

Start at Edinburgh Castle – The castle is a must. So much history to see, so many details to study. I even noticed some Victorian graffiti. Tickets are 14 GBP.

Enjoy the Real Taste of Scotland – Just down the Royal Mile from the Castle is The Scotch Whiskey Experience. After a somewhat odd guided tour on the history of scotch-making which is like a calm ride at the fair, you get to the real thing. Tasting Scotch. 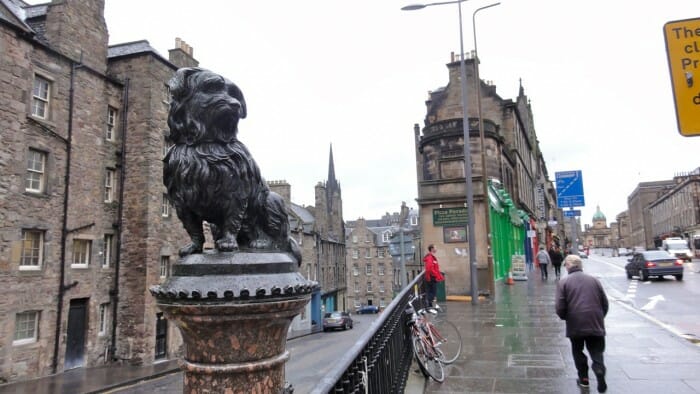 Lunch at Mom's – Time for a traditional Scottish lunch.

Follow the Royal Road down to George IV Bridge and take a right. Pass the Missoni Hotel and take a moment to check out (don't give him a rub for luck as it causes damage) Greyfriars Bobby. Posthumous publicity stunt or everlasting canine loyalty, who knows? Greyfriars Bobby was a Skye Terrier known in 19th-century Edinburgh for guarding his master's grave for fourteen years. (You can read about the controversy on Wikipedia.)

Continue past the Elephant Housewhere J.K. Rowling is known to have penned Harry Potter. Again, all is not as it might appear. I am told that it is just one of the cafes she worked at, but it is certainly the one that has made the most of it from a marketing perspective. 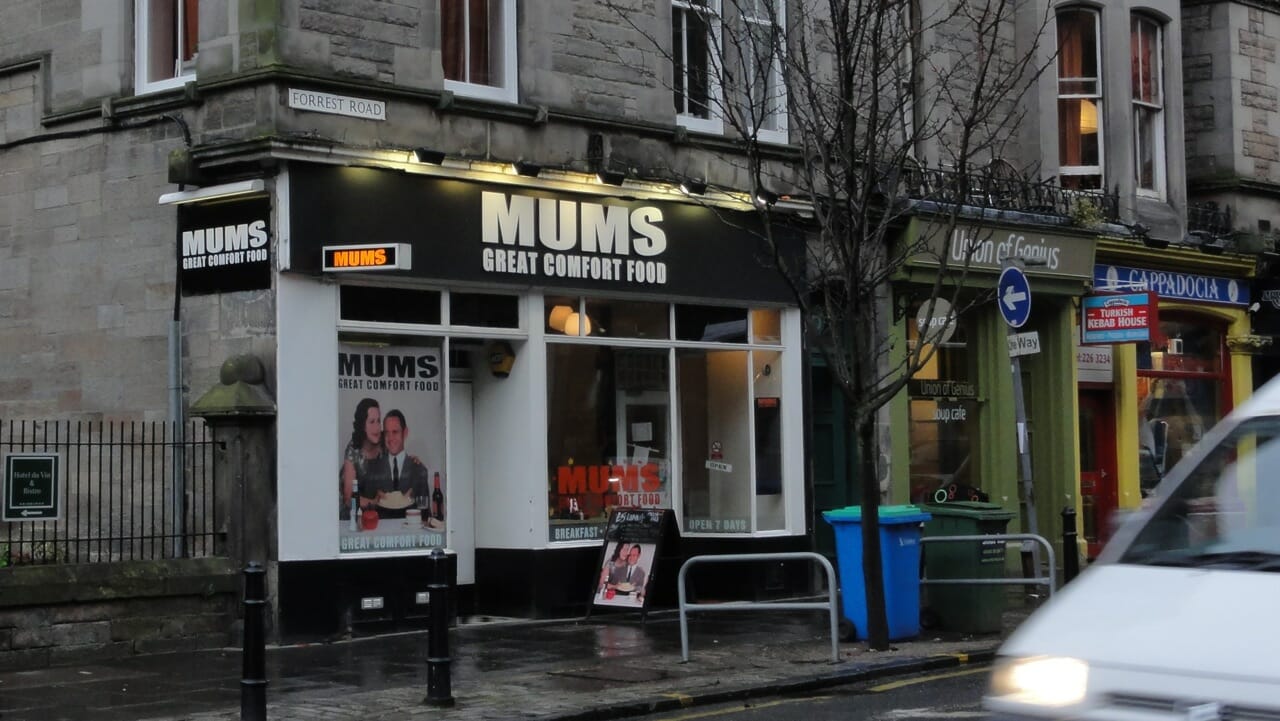 And soon, just up on the left is Mum's where you should really try Haggis if you have not already, though they are known for the  sausage and mash. They also have vegetarian haggis and shepherd's pie. 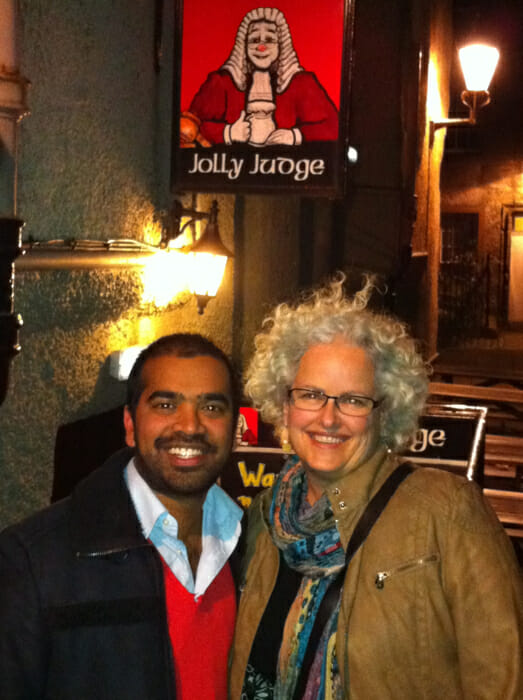 Kash and me at the Jolly Judge

A Pint at the Jolly Judge It's evening now and time for a pint. Tucked on a side street behind the Royal Mile is the Jolly Roger. Small and dark and full of regulars, you'll enjoy the real Edinburgh here.