You are here: Home / Solo Travel Destinations / Europe / France / Paris’ Past in the Pantheon 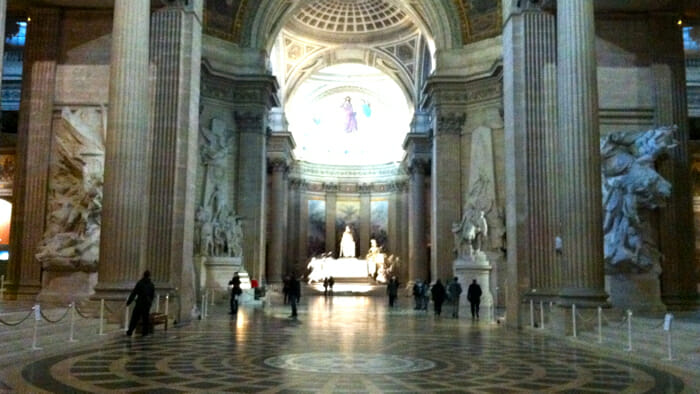 Walking into the Pantheon an extraordinary, landmark building on Paris' left bank.

Enjoying an evening meal in an apartment on Rue Lafayette, my hostess Sasha, another guest and I, talked about Paris, the wonderful Haussmann apartment we were in and the disappearance of much of Paris' history that resulted from the renovation of the city between 1853 and 1870.

Haussmann, the man behind much of the design of Sasha's apartment, was commissioned by Napoleon III to modernize Paris. The project encompassed all aspects of urban planning from the layout of the boulevards to regulations on the facades of buildings to public parks and sewers.

As we are dazzled by the beauty of Paris, it's easy to miss the fact that the Haussmann's renovation buried much of the city's history. Place de Bastille today includes the July Column in the center and is not anything like the prison that was stormed on July 14, 1789. The Tuileries Palace is now the Tuileries Gardens. No longer can you see where the royal family was held during the revolution. And where are the places where the revolutionaries congregated? I couldn't find them in my research. 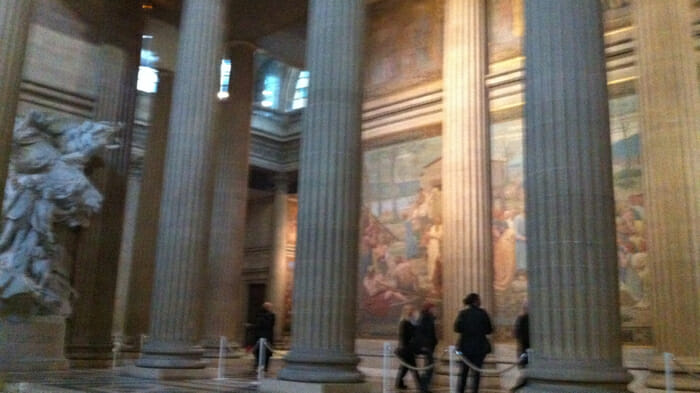 Murals of the Pantheon. My apologies for the quality of the photos but the light was low and my camera was out of batteries so I was using my phone.

The day after my dinner at Sasha's it rained – again. Thinking about our discussion the previous night and pondering my options I decided to go to the Pantheon. It was a walk through Paris' history in itself.

Yes, the Panthéon continues to hold history. In January 2007, President Jacques Chirac unveiled a plaque in the Panthéon dedicated to the more than 2,600 people recognized as Righteous Among the Nations by the Yad Vashem memorial in Israel for saving the lives of Jews who would otherwise have been deported to concentration camps. Three quarters of the country's Jewish population survived the war.

The crypt is like a museum with much curated information available. It is absolutely well worth a visit. 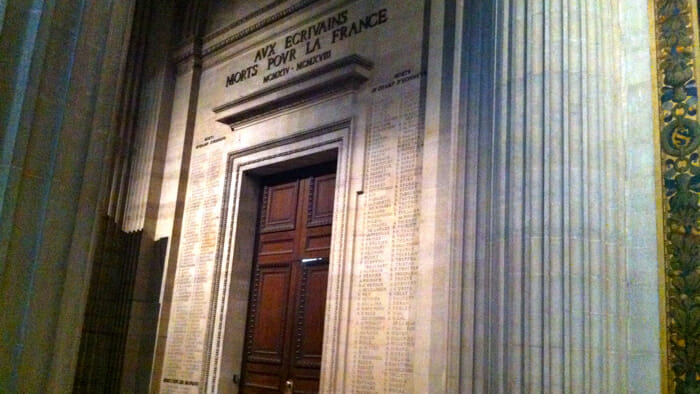 A wall dedicated to French writers who have died for France. 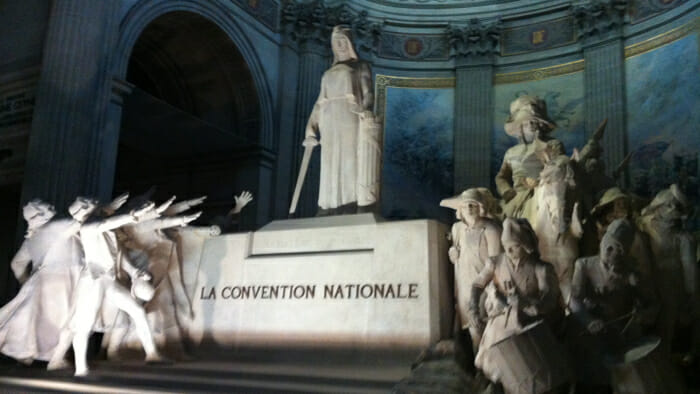 La Convention Nationale (National Convention) was the seat of government after the revolution. 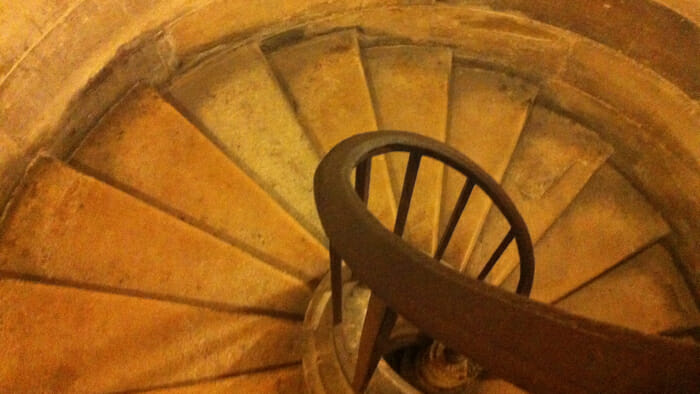 Stairs leading down to beneath the chapel. 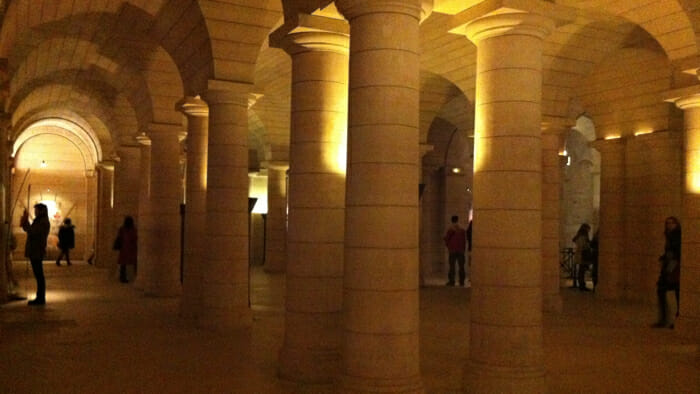 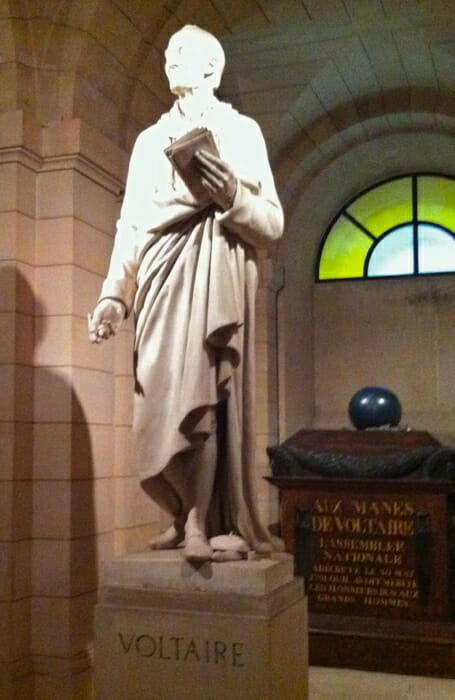 Voltaire. Rousseau is across from him. 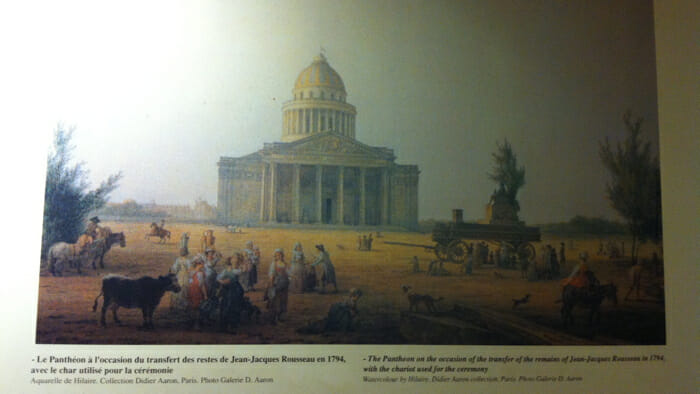 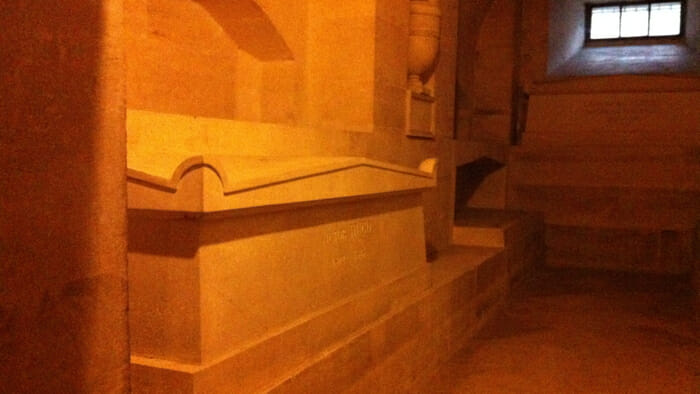 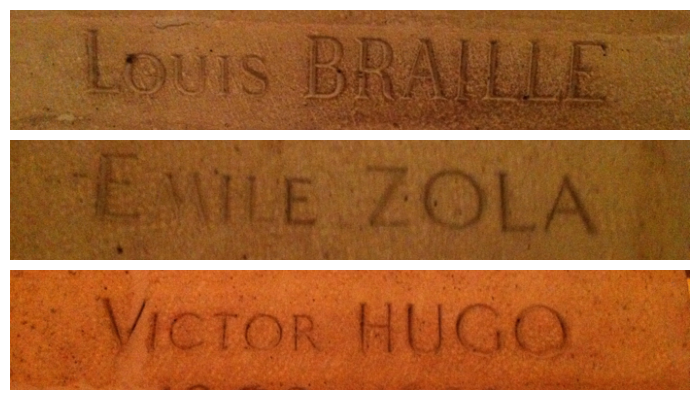 Just a few of the famous people interred in the Pantheon.