You are here: Home / How to Travel Alone / A Solo Point of View / Positive Thinking and Solo Travel 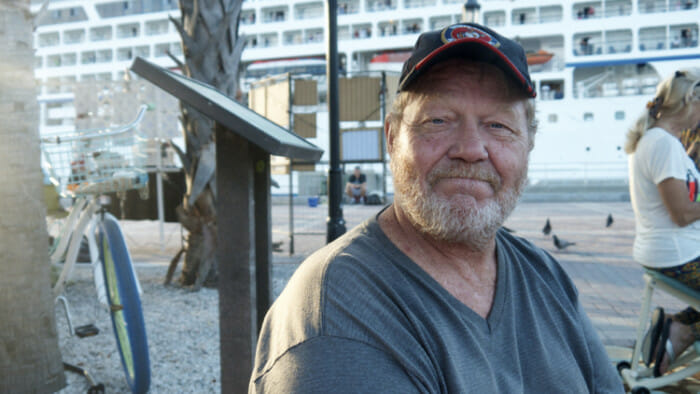 I met Ron on a wander through Mallory Square in Key West. I learned about his life and his philosophy of life – especially the importance of thinking positive.

I met Ron on Mallory Square, where the cruise ships dock and where many go to see the sunset from Key West (though I prefer the view from the beach at Fort Zachary Taylor State Park). Amongst all the tourists from the cruise ships and a few locals, there was Ron relaxing and just taking in the scene. One of the few places to sit was beside him so I went and had a seat and it didn't take much of a smile to get a conversation going – a great conversation. The opportunity to chat with Ron enriched my trip to Key West enormously.

Ron puts life and the necessity for positive thinking into perspective. He gave me permission to tell his story. 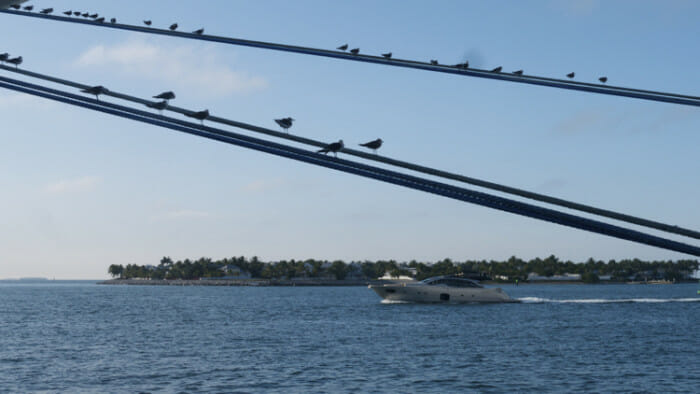 Ron is from West Virginia and continues to live there in a house that is fully paid for. His father was 6'5″ and his mother 6'3″ yet Ron is only 5'10” – ah, “but I got all the looks in the family,” he told me. He is the eldest of 14 children, yet at 70, he is the only survivor. Two brothers died in jail, two sisters died in plane crashes… and others, well they just died. In 1963 Ron was drafted for the Vietnam war and did four tours of duty during which he was shot in the leg (he showed me a gaping hole where thigh muscle should have been), was cut from his belly south by about 10″, had brain/head surgery and has the 6″ scar to show for it, was shot just two inches to the left of his heart and lost both eyes, presumably from an explosion, but had them returned to their sockets in an 18-hour operation. Ron is a walking miracle. Still, misfortune haunts everyone. Last year his wife of 23 years passed away.

Ron has outlived a family of 16 people and his wife and multiple injuries from the war and the reason, in his mind, is his attitude. His mother taught him to be positive.

Ron is a huge reminder of how good I have it and a model for why there is absolutely no room for negativity in life.

It may be a bit of chicken and the egg situation. I'm not sure whether positive thinking people become solo travelers or solo travel makes people into positive thinkers, but just about every solo traveler I've ever met has been positive. Whichever it is, I don't think it matters much.

What's important is the positive attitude.

The belief that one can go places – physically, emotionally, intellectually… I have done all three by traveling solo.

And now, some more photos from this day's wandering in Key West. 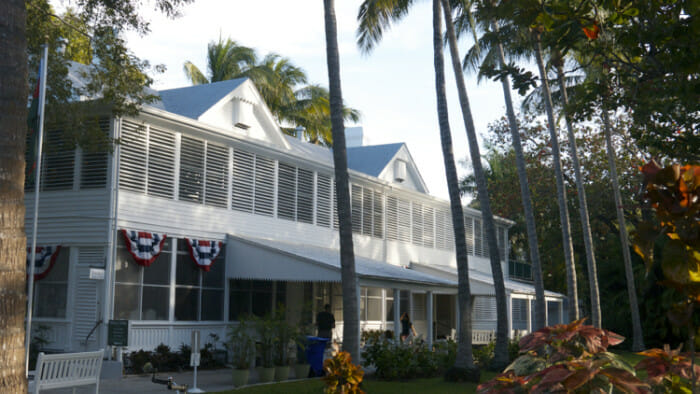 The Little White House in the Truman Annex 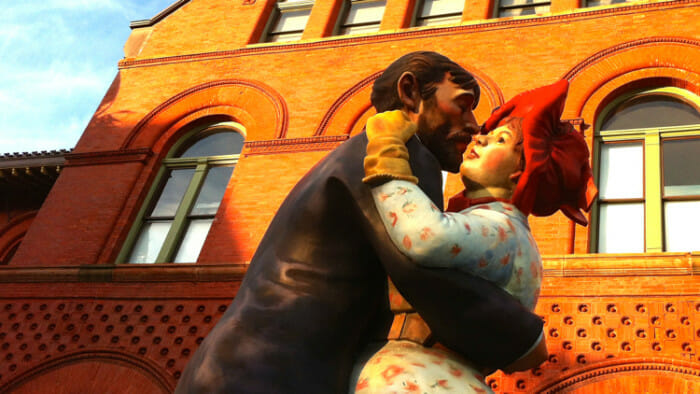 Dancers in front of the Custom House Museum Key West 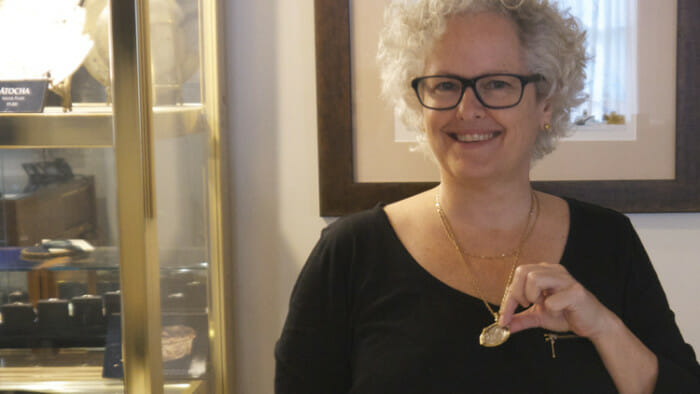 A $32,000 pendant from the Mel Fisher Maritime Museum. Valuable, but not as much as positive thinking.