You are here: Home / How to Travel Alone / A Solo Point of View / I Am a Privileged Traveler and I Took It for Granted 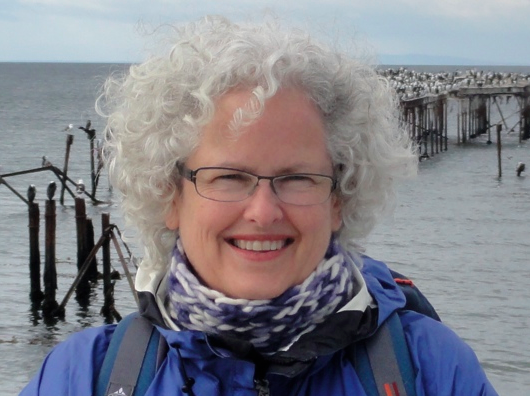 I am white. And this accident of birth gives me privilege in ridiculous ways.

I am a privileged person and I’m ashamed to say that I took my privilege for granted yesterday.

I’m white and it has not escaped my notice that my skin color helps me sail through security and passport controls while people of color are sometimes held up.

I am profiled to my advantage. I’m assumed to be safe. Many people of color are profiled for suspicion and undergo lengthy questioning at these checkpoints.

Some travelers of color may calmly accept this as a mere nuisance. They resign themselves to extra questioning for they face it on every trip. For others, it must be a source of great anxiety. Consider the experience of a Canadian-born woman from Montreal who was crossing the border to go to a spa in Vermont with two white friends and was refused entry, while her friends were not. She was held for six hours. And I’m sure there are others still who are just plain angry. I would be.

I‘ve watched this imbalance of treatment every time I fly and I’ve considered myself forward thinking for noticing it, for being appalled by it. But there’s nothing I can do about it so I continue to travel with ease.

Because I fly often, I have gone through the process of getting a Nexus pass. I gave up my fingerprints and had my irises scanned for the right to move through security and border control as a “Trusted Traveler.” So, not only do I have the benefit of my skin color but I also have this extra privilege.

Here’s the part about which I’m ashamed. Yesterday my boarding pass was marked with “SSSS.” This means that I was part of a Secondary Security Screening Selection. Now I was told by a number of officers at security that it has nothing to do with regular airport security. It is, as the officers told me a number of times, an “airline thing.” (Actually, research tells me it’s not.)

As a result of this SSSS, I was taken out of the Trusted Travelers line and put through an in-depth security process. I was given special instructions on how I was to put all my items in the bins and on the conveyor belt. They kept pushing my items through, passport and all, while I was held back. I don’t like being separated from my passport. I was scanned personally. My suitcase was opened and swabbed. All my technology had to be removed from the protective cases, which cracked my computer case.

I went from the fast lane of security to the slowest process possible at 5:50 am on a Sunday and I was annoyed.

I wasn’t rude but I was clearly annoyed. I told the security officer that I wasn’t annoyed with her but the situation, but I still did not make her job pleasant, which I usually try to do as I pass through security. After all, it should be a happy experience to be flying somewhere.

Then I got to my gate and I thought about it. What nerve I had to be annoyed that once, just once, I had been put through extra scrutiny for no particular reason. It was nothing I had done. Just a random check. As random as the parents I was born to, the country I was born into, and the color of my skin.

I am ashamed that I was annoyed by something that happens to others on a less random and more frequent basis.

I will take my privilege more seriously in the future. I will try not take it for granted.