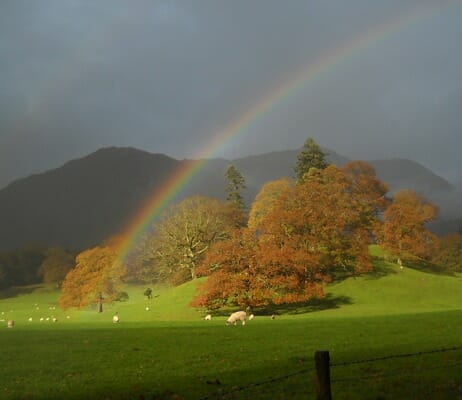 England's Lake District is a great destination for solo travelers.

When I travel solo, I like to observe, live and absorb the local flavor. Because I travel solo, I get to do this my way. Unfortunately, when it comes to the evenings, my way is the hard way.

I don’t want to endure solo evenings. I want to spend them taking in the best that a city or town has to offer – from a local’s perspective. If it’s a big city, that will be some hot venue. If it’s a small town as is Ambleside in the Lake District, it will be a local pub. Not the pub that serves all the tourists coming through, but the one that serves locals.

The Unicorn Inn Was My Pub of Choice in Ambleside

I was told that the Unicorn was the pub for locals. I walked through the doors of Ambleside’s oldest coaching inn to a room of maybe 600 square feet (excluding the pool room) with low ceilings and great wooden beams. I looked around for a table. There was only one left and it was in the corner. Hmmm. I went to the bar and asked about their menu. I wanted to linger more, observe, and determine how to enter into this pub scene. I didn't see a way.

But patience. It always takes time. There are awkward moments at the beginning. In a small, local place like the Unicorn, these are moments when I am being watched. “What’s she doing here alone?” is going through people’s minds. It takes time to be accepted but it’s usually time well spent. It certainly was in this case. 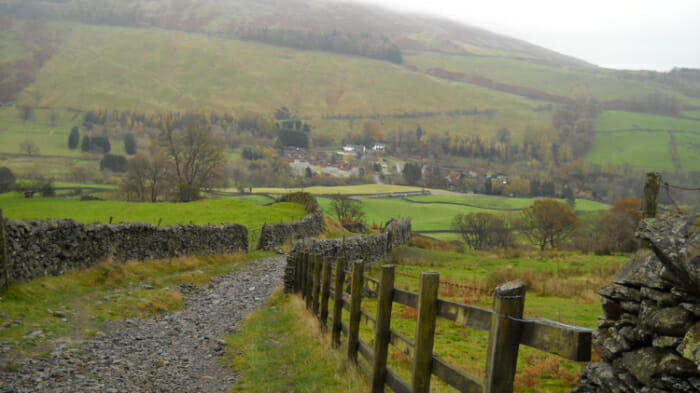 Putting In the Time as a Solo Traveler

While this was a local pub, it was not the locals I met first.

I ordered a Yorkie with beef and beer (Yorkshire pudding made into a bowl to hold a light beef stew) and went to sit in that uncomfortable table in the back corner. I felt awkward. I looked around and saw couples here and there. A bunch of men near the bar. I knew that this table wasn’t going to get me anywhere. Then I saw a person leave a prime spot, on the short side of an L-shaped bench with tables. I moved in quickly.

I received my meal there and promptly took a picture. I know, this is weird, but it gave me the chance to smile sheepishly at the couple sitting on my left and start chatting. They were from the midlands and had been coming to the Lake District for years. As our conversation was in full swing, three guys arrived for a couple of pints. Paul, Allan and Keith were on a week break. These guys were great entertainment. The six of us talked about politics and fell walks and everything in between. I left not having met locals but having had a great time.

The following evening it was more of the same. The third evening, the couple was there only for a short time and the guys were late (I met them on my way home). But, I finally met a local – Mik. We chatted about travel and the like. He’s a mountain climber. At least, he was. He now seeks ice to climb. I left only a bit closer to the inner local circle than day one. At least, that’s what I thought. 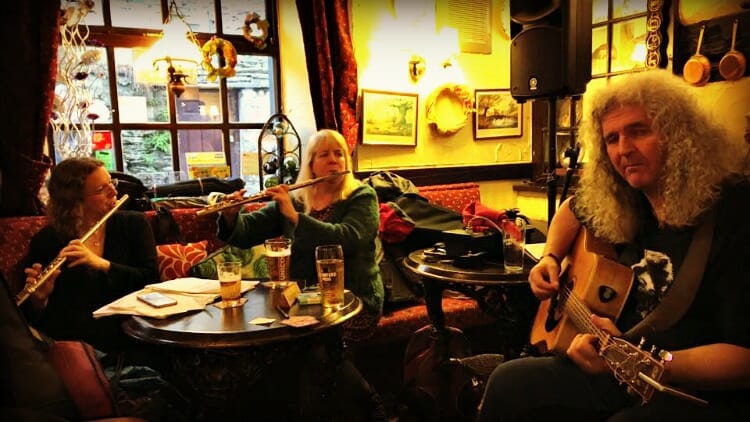 Almost 9 years after we met, I discovered this photo of Mik on the Unicorn's Facebook page – still entertaining!

The Local Connection is Made

The next day, November 5th, was Guy Fawkes Day. There are fireworks and bonfires. I headed out as soon as I heard the fireworks but they were over in no time. I found everyone in the pub. This time I walked into a group of friends.

It was the publican’s birthday as well as Guy Fawkes Day. The place was packed and there had been champagne flowing and, well, I was greeted like a local. Before I even reached the bar we were talking about how I missed the fireworks. It’s hard to describe just how much at home I felt. I squeezed into a spot at the bar and ordered a half of Bateman’s XXXB – it was my last order of the evening. They kept appearing in front of me magically thanks to these wonderful, generous people.

In addition to Guy Fawkes Day and the pub owner’s birthday, it was also a night when Mik Mead played. Yes, Mik, the fellow I had chatted to the night before. He is one great entertainer. Funny, talented, and held the room completely except for one couple engaged in conversation. It was this woman’s misfortune to have a Camilla hairdo. On the upside, the joke at her expense that the entire pub enjoyed was missed by her.

Mik was backed by another guitar player and Howling John Fell, an 82-year-old, jamming with them on the harmonica. He was great. John is also a writer and I have written to him to send me some of this travel stories. These just may get published here.

Then George came up to me. I knew it was George even before he said his name. I had asked my B&B owner about speaking to a local and he had described George to a T. George wants to connect with his half sister who is somewhere in Canada – he thinks.  I am now on a quest for her on George’s behalf.

Pub life in the Lake District is wonderful, and this evening was fantastic. Mik played two Canadian tunes in my honor. I spent the evening with so many wonderful people including the owners of The Rothay Garth. That night at the Unicorn was a highlight of my solo trip in the Lake District and it wouldn’t have happened without those awkward first moments.

If pubs aren't your cup of tea, here are 7 other great things to do at night when you're traveling alone.