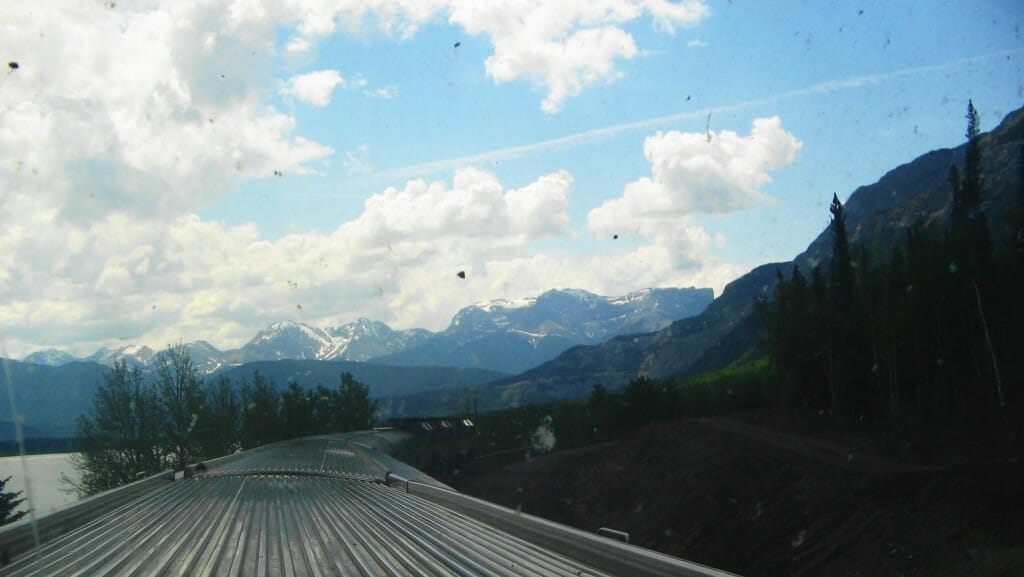 Rocky Mountains from the Dome Car

While Canada is known for its expansive territory in the great north, the fact is, almost 90% of Canadians live within 60 miles of the American border. Canada is essentially an east–west country.  Sitting in central Canada planning a train trip for June 2008, I had two choices – go east, or west. With family in Vancouver, I chose the west.

En route, I enjoyed the rugged north shore of Lake Superior, the big sky of the prairies and the majesty of the Rocky Mountains.  I saw moose, mountain goats, black bears, and my first-ever grizzly bear. But while the landscape is exceptional, it is only half of the pleasure of traveling across Canada by train. The other half comes from the people who happen to be along for the journey.

For this trip, I chose to travel coach. I did so for two reason: the price and the people – the latter being the most important. In first class there are many very nice people but in coach, there are really interesting people. On my trip to Vancouver, I spent 3 days (and 3 nights) with the most interesting, entertaining people one could imagine. It started before leaving the station. 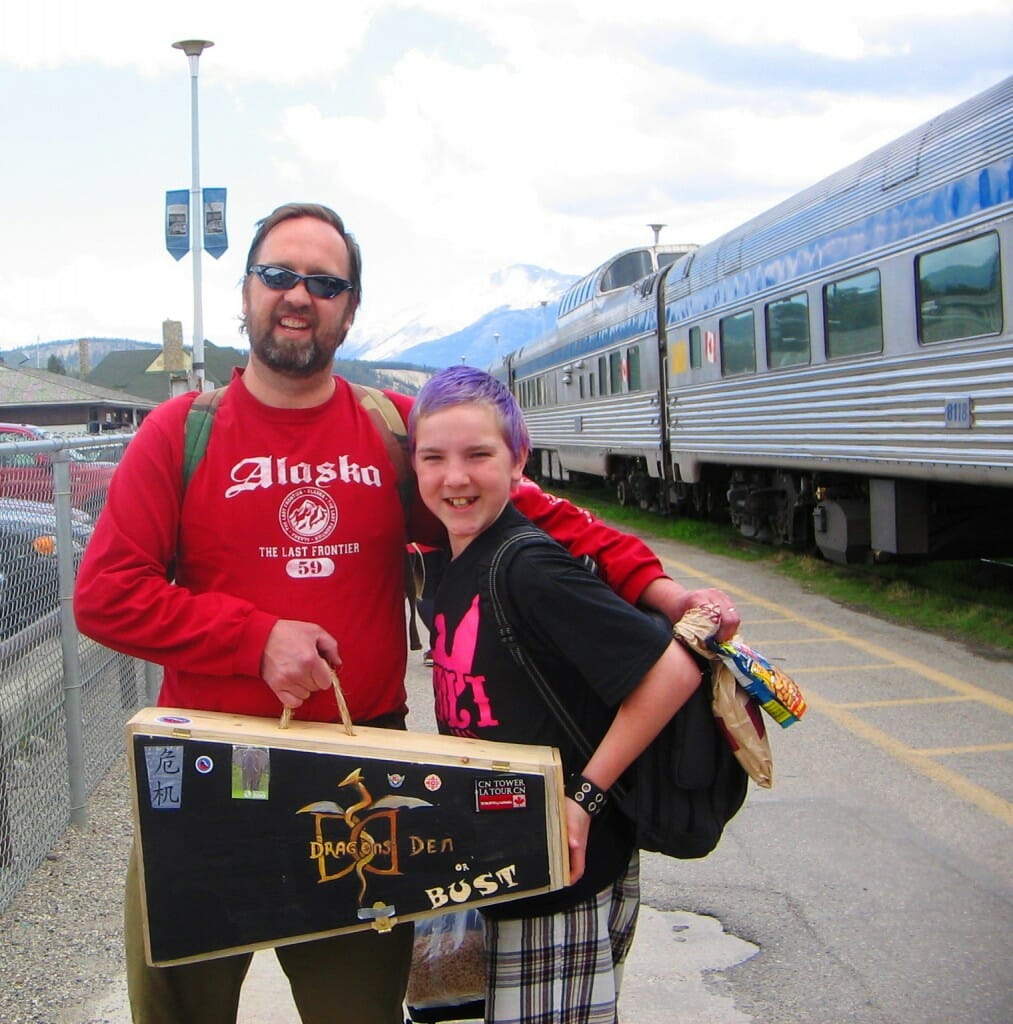 I  boarded the train, organized my stuff, sat down and looked across the aisle. There sat a teenage boy with wooden casket about 3 feet long.

Yes, I thought. This is going to be an interesting trip.

Shortly after we pulled out of the station I could contain myself no longer. “Uh, what’s that?” I asked. The boy was about 13 and still in the sweet boy stage. “It’s a model casket,” he said. “My Dad and I make pine boxes.”

When his Dad returned I got the full story. Father and son were from Prince George, British Columbia and makers of simple pine boxes.  They had taken the train from Prince George to Toronto to be on the television show, The Dragon’s Den – a reality show where you pitch your company to get financing from five successful business people. The pitch hadn’t won them any money but it had been an adventure and gained publicity for their company. Having recently experienced far too much death in my family, the father and I had an interesting discussion about how the subject is treated in our society. 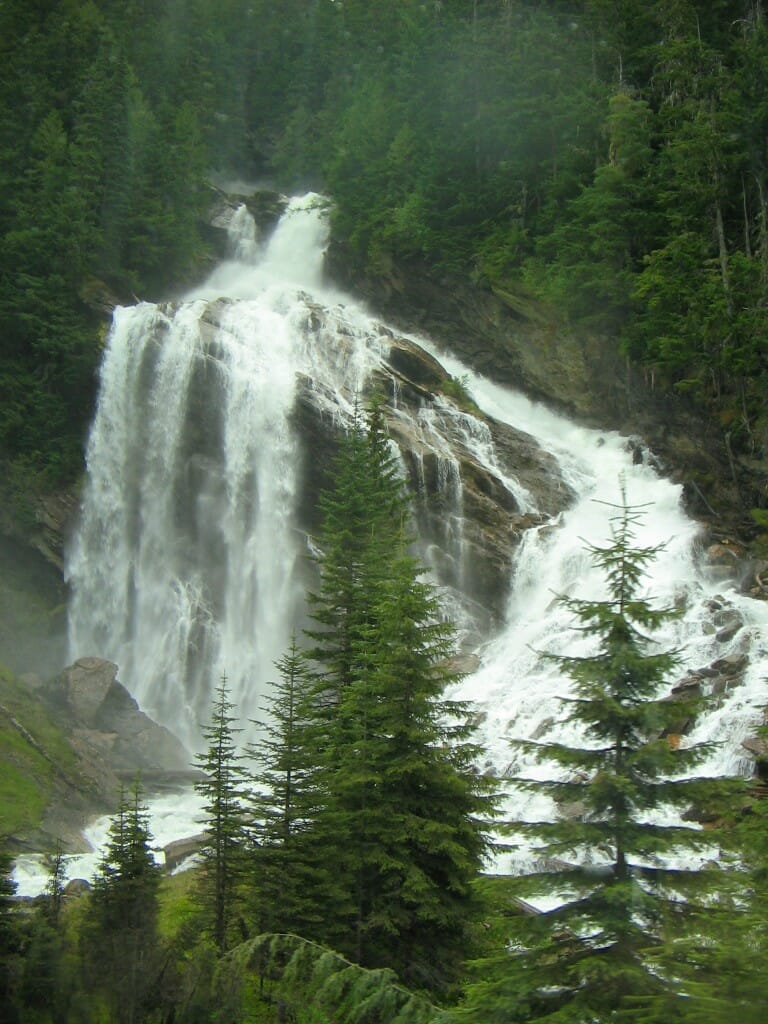 
The bar car on a train is like a kids’ playground. You just have to watch for bit, wait for an opening and jump in.  This may not work in your neighbourhood bar but on the train it’s expected. There is no established social order. Everyone is traveling. And everyone has a tale to tell.

It was in the bar car that I met a wonderful hippie couple from – well, from nowhere any more. They used to have a home in Manitoba but they sold that and chose travel instead. To have some sort of base they had recently bought a share in a trailer in northern Manitoba. This couple told of their journeys. The one that stands out most in my mind was their experience at Burning Man. They were the first people I had ever met who had a firsthand account of this legendary event.


I like the options that train offers. When I felt like solitude, I spent time at my seat reading or watching the scenery. When I wanted fun, I just went to the dome car where you could get a better view of the landscape and socialize.

Most people on the train were from various provinces in Canada but I also met people from Korea, France, Germany, Japan… Walking into the dome car at one point, an adult was leaving a kids game of euchre. They needed a fourth – adults tire of such games faster than kids. I joined in. Four players from three countries. We had a great time.


In addition to these highlights there was the guy from Israel who told me all about the love of his life, the couple from Newfoundland who had been sleeping side by side for four days en route to see a new grandchild, the retired railroad worker who explained how the train signals worked across the prairies, and the fellow from Quebec who was the first of his family to travel outside of the province.

Canada is a spectacular country and traveling by train is a great way to see it. It takes time but it is well worth it.