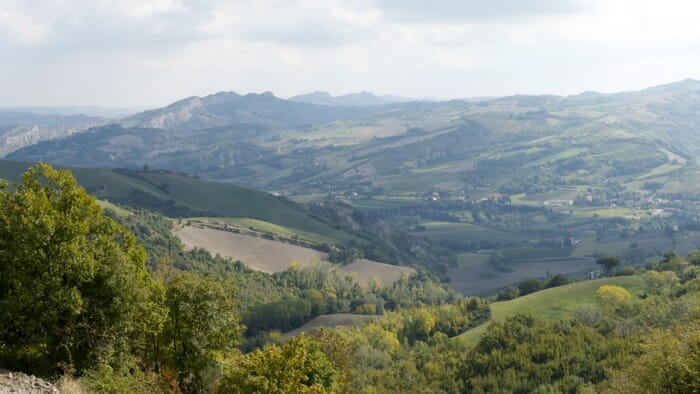 Bologna is a wonderful city to visit.

It's also a city from which to visit the surrounding area.

It sits in the heart of Emilia Romagna, on the Via Emilia, the ancient road used during Roman times to travel from Rome to the north. There are towns every 30 km along the Via Emilia. The spacing of the towns was determined by the distance that Roman soldiers were expected to walk in a day.

From Bologna, the rail system can take you to any of these small towns. But I wanted to get into the countryside. To see the landscape in the Apennines, a mountain range that runs almost the length of Italy, and some of the villages not serviced by train. For this I needed to take a car. 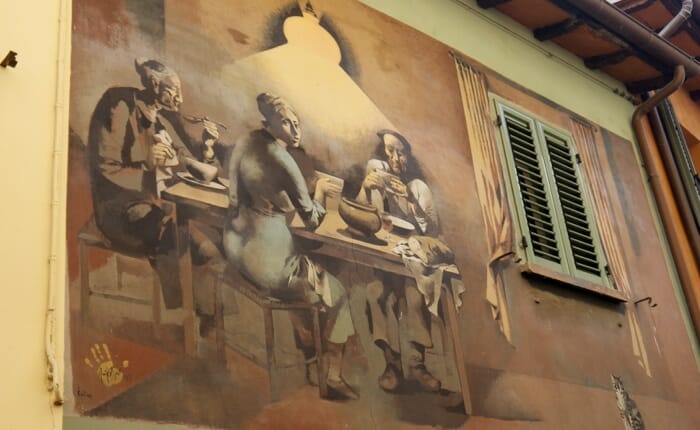 Step One: Get to the Car Rental Office
Almost everything is within walking distance in Bologna's city center but, to pick up a rental car, I had to take a bus. (How to take a local bus is detailed at the end of this post.)

Step Two: Pick Up the Car
Arriving at the car rental I went through the administrative details of getting the car (both license and passport are required). I was advised to get full insurance and, being the cautious sort, I did. Perhaps I could have done better. Unlike North America, the service person did not walk around the car with me to take note of any damage. When I did a walk-around myself I could see why. There were dings and scrapes and dents everywhere. I went back inside and had them take note of everything.

Step Three: Drive
I have driven in Italy before – but that was eleven years ago. What I found then was that the further south I went the more frenetic the traffic. I wasn't too concerned about Bologna. I have found the city to be quite relaxed and I expected the traffic to be pretty good. And it was.

But, looking down the road from the rental office, I could see that I had my first roundabout within 500 meters. I negotiated it with ease and felt exuberant. This is what solo travel does. Small feats can feel like real accomplishments and I whooped my way past the roundabout to another and onto the ring road out of town. 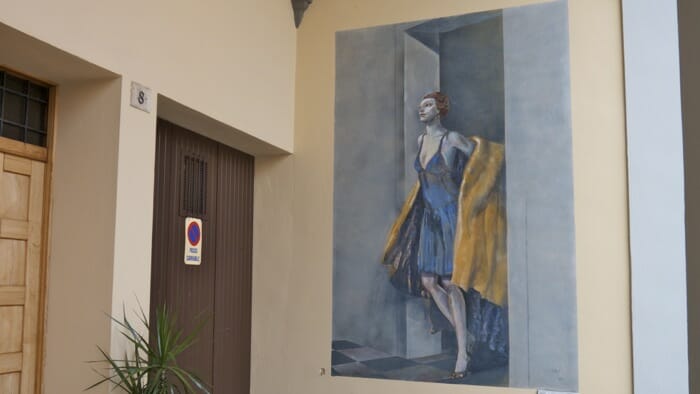 There are wall paintings all over Dozza.

As you can see from the two photos above, Dozza is a town that celebrates art. In fact, in this medieval village art is part of the urban landscape. Every second year, in the third week of September, they hold the Biennale d’Arte Contemporanea “Muro Dipinto” (Biennial Exhibition of the Painted Wall). It was started in 1960. Many famous contemporary artists have participated on the walls of this village.

At the top of the village is the Rocca Sforzesca, a fortress that was reconstructed in the 15th century. This is actually one of the more fun castles I've visited. You're free to roam its narrow passages and climb to the rooms in the turrets.

Dozza is only 6km from Imola but I decided to get there through the backdoor – by driving the countryside first. 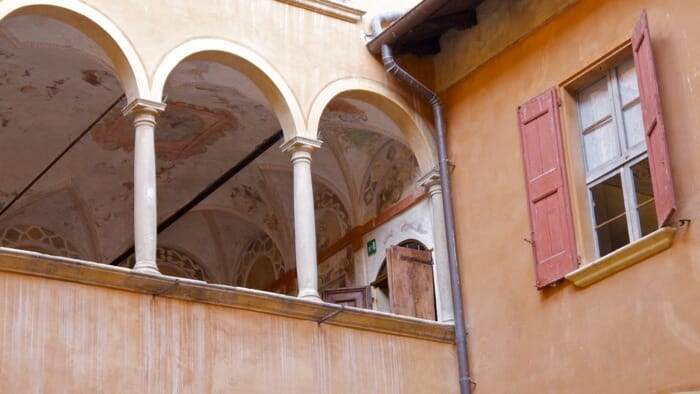 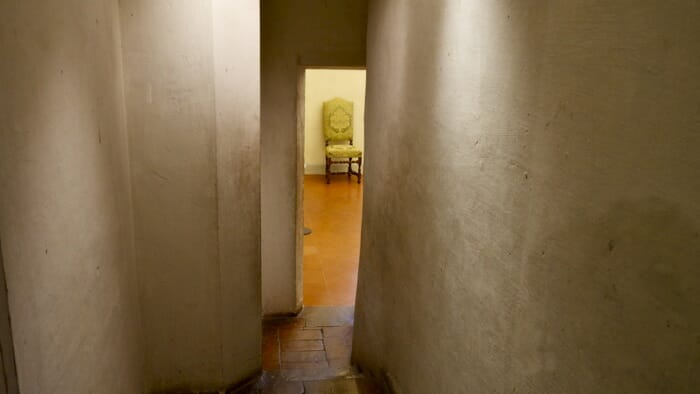 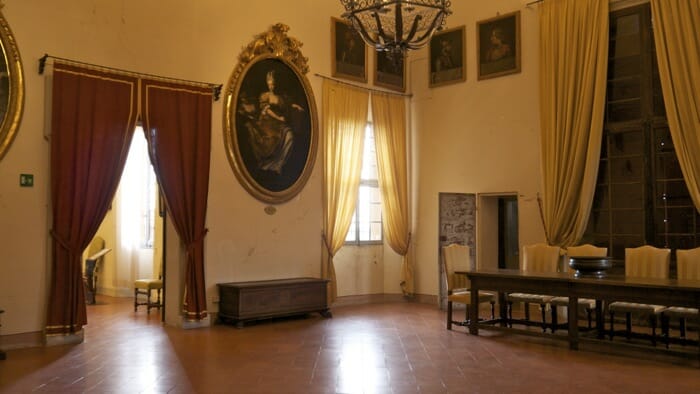 And there are formal rooms decorated from the period as well. 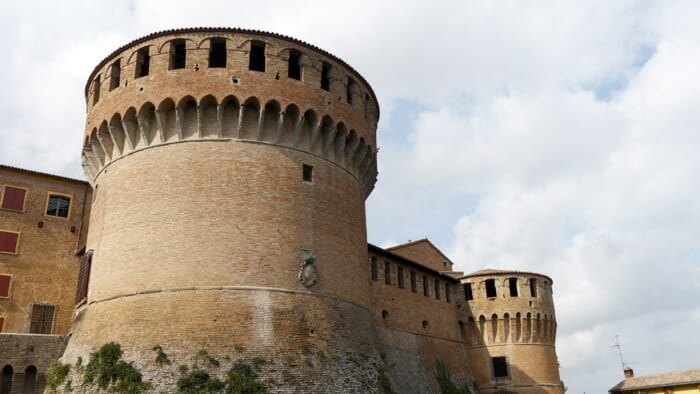 View of the Rocca Sforzesca from the outside.

Taking the Long Way to Imola

It was upon leaving Dozza that I had a real road trip – which for me means getting out of the city and onto country roads Driving these roads, climbing always upwards was pretty straight forward but coming back down involved some beautiful hairpin turns. They weren’t so tight as to be intimidating but easily tight enough to be exhilarating. Many of the intersections were roundabouts.  Learn how to navigate a  roundabout at the end of the post. 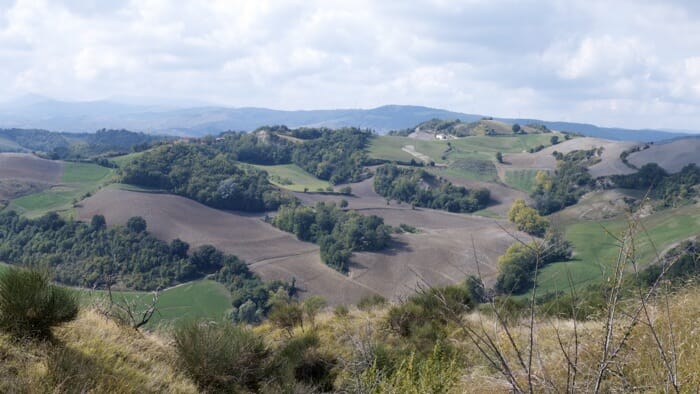 Countryside to the west of Dozza. 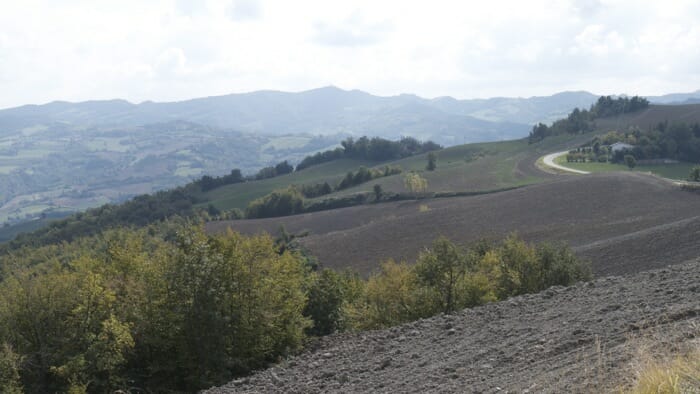 The views from the top were absolutely beautiful. I wish I could have stopped more but it is just not advisable at some places along the road. 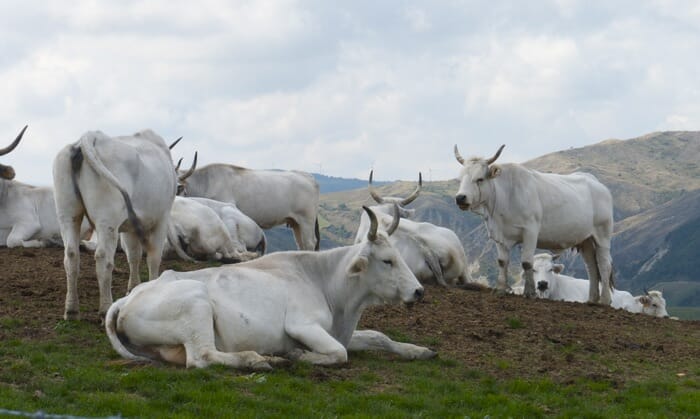 A cow encounter. These cows even had a certain elegance.

Arriving back to the towns along the Via Emilia, I went to Imola and Faenza. Imola was dead quiet – many of the locals work in Bologna so the town was quite empty. Faenza was just down the road but I got it into my head that, since it was such a beautiful day, I would go to Ravenna and see the mosaics.

Unfortunately, that didn't work out. I took two runs at Ravenna – two! – and still didn't manage to get to the city center. At a certain point one has to figure that it just wasn't meant to be and give up. So around I turned and went to Faenza. I was glad I did. While I only explored the central piazza, I found it to be a really lovely town and could have spent more time there had I not been required to return the car. 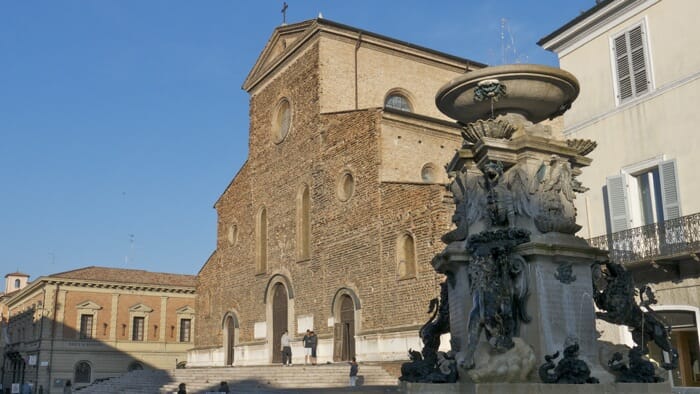 Road Trip: Exhausting, Somewhat Expensive, But Worth It

Renting a car to get to the small towns is certainly more expensive than taking the train (130 Euros for the day). It is also exhausting. Being both navigator and driver is tiring. But it was worth it. On a train one does not get the thrill of driving the back roads – especially on such a beautiful day.  (Update: the rental was actually much more than expected. The VAT, which is usually included in any price you see in the stores, was not included in the price quoted for my rental car. The VAT in Italy is 22% so it was a big hit. My research shows that this tax cannot be reclaimed as can VAT on purchases of items that your are taking home with you.)

And now for some practical information.

How to Drive a Roundabout