You are here: Home / Solo Travel Destinations / Self-Guided Tour: The Pleasure of Your Own Pace 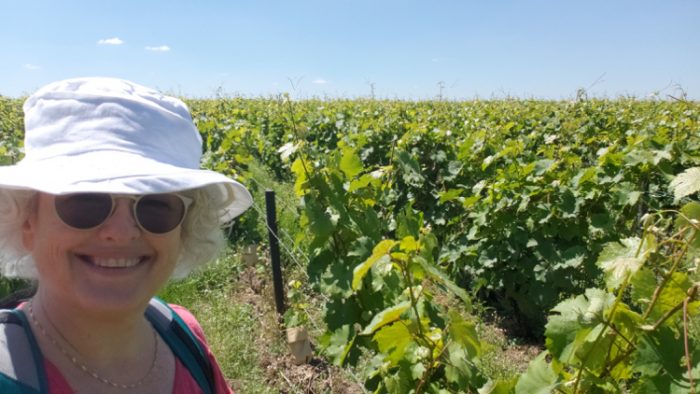 The pleasure of the self-guided tour that I took in June lingers with me.

Being a self-guided tour I was able to go at my own pace. It is because I was able to stop when the mood struck me that the trip lingers with me so vividly today.

This fact was brought to mind as I chatted with a neighbor about walking holidays. She and her husband recently walked the Coast-to-Coast path across the north of England. They covered 304km in 17 consecutive days with one day off. They walked 25km – 37km in a day through very rugged country.

There was little lingering involved.

I was amazed. They are clearly in spectacular shape. Much better shape than me. And while the accomplishment inspires me, and I might want to do the walk at some point, I would want to take much more time.

My self-guided walking tour of the Loire Valley with Exodus Travels in June is dwarfed by theirs. I walked 20-25km a day with a day off between each walking day. But while the distance and physical feat may be less, I don't feel my tour diminished in any way. In fact, I feel really good about it. I was not driven simply to cover the days trek but had the time to enjoy the journey. The Exodus trip was designed by tour guides for tourists. It's realistic for most people.

Today I want to share with you some of the moments that I lingered over. The times I took pause from walking to just enjoy where I was. The walking distance I did each day took 3-4 hours. This gave me lots of time to sit and have a nice lunch, to relax by a lake and read for a while, to stop and watch some kayakers… to take in the journey.

I felt accomplished for having walked so far. I also felt incredibly relaxed as it was doable at my own pace and a somewhat meditative experience. From this trip you can also read:

Now, here are a few photos of some of the moments I lingered on – because I could.

Some of My Favorite Moments on my Self-Guided Tour 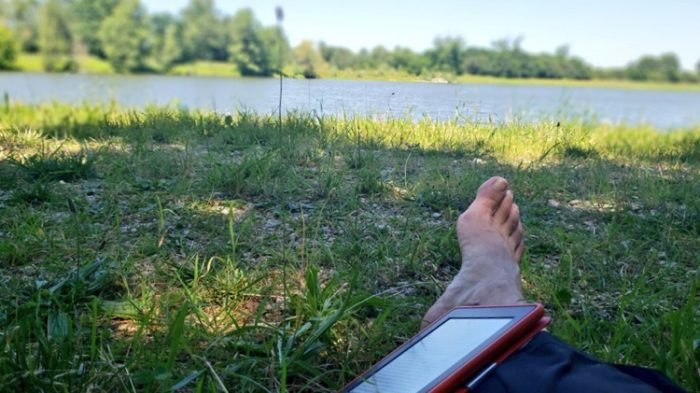 This lake caught me by surprise and was too tempting to pass up. I stopped and read for a while. 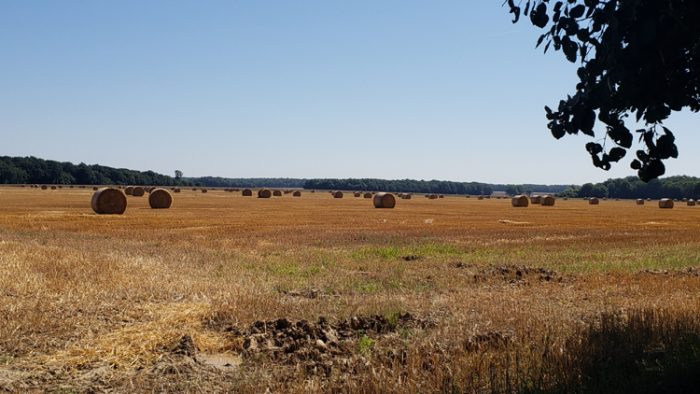 The beautiful contrast of the burnt orange landscape with the blue sky was worth a few minutes to breathe in. 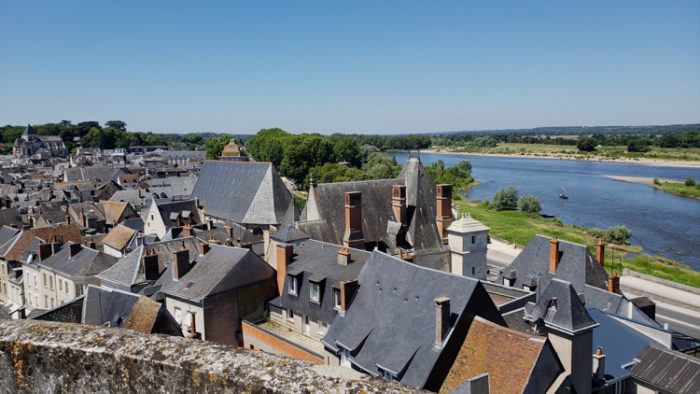 From the Château d’Amboise is the view of the housetops. Studying the street layout and roof designs offered a glimpse into 16th century France. 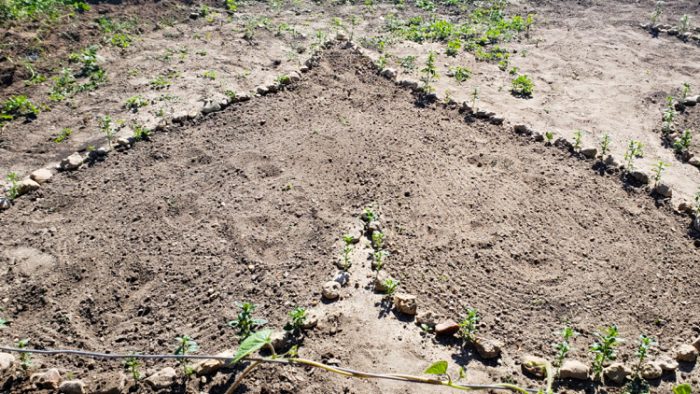 Along one path I met a gardener preparing the beds for this year's crop. Each bed had a different shape. In our chat, he said he wanted to bring smiles to people's faces in addition to growing fresh vegetables. 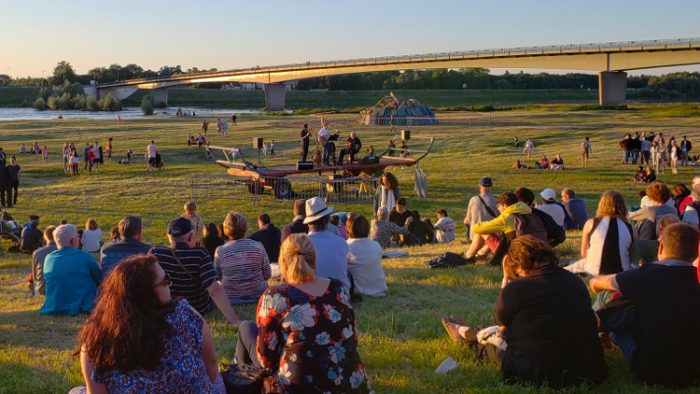 There's nothing like enjoying a festival in a small town. It's always very communal as everyone pitches in to make the most out of limited resources. This was the Fête de la Musique in Chaumont as the sun was setting. Look closely and you can see a band on the hay wagon in the middle ground. 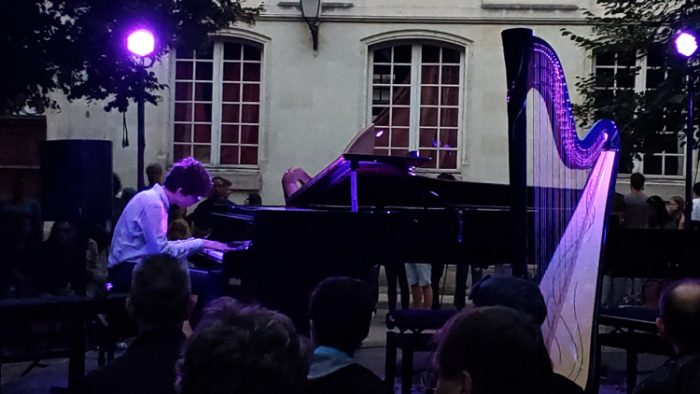 I managed to take in the Fête de la Musique two nights in a row. This is in Tours where the festival is much larger. Here a grand piano was placed in a courtyard and anyone could go up and play. This young man was painfully shy before and after his performance but he is clearly a prodigy. He played beautifully. 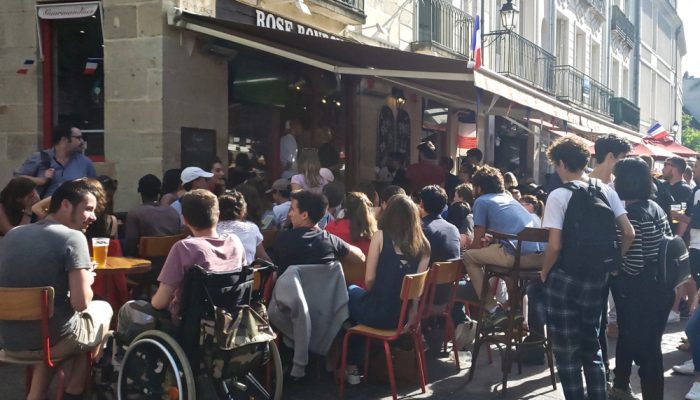 There's nothing like watching France play in the World Cup along with thousands of French fans. Just after this photo was taken the street erupted in celebration of a goal. 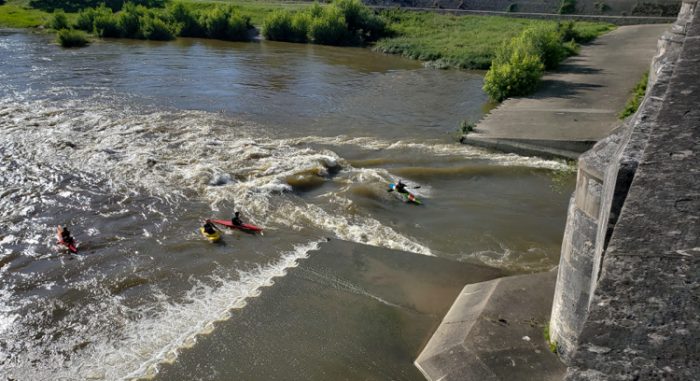 I stopped to watch these kayakers take on the rapids being made by the dam beneath the bridge in Tours.

This self-guided tour gave me the perfect balance of a physical challenge, relaxation and the opportunity to slowly explore the Loire Valley.

This trip was sponsored by Exodus Travels. Of course, Solo Traveler maintains full editorial control of the content published on this site.