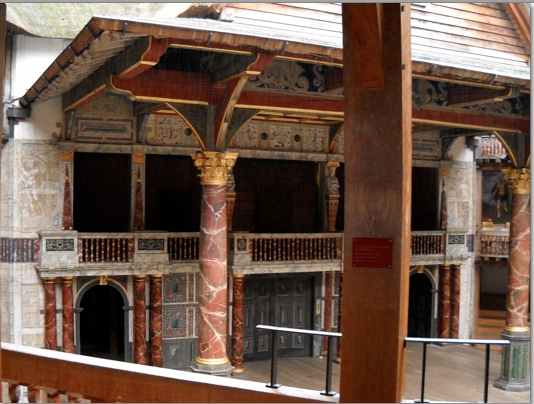 The elaborate replica of the 16th century Globe Theatre.

“then the world's mine oyster”

The Merry Wives of Windsor
by William Shakespeare

Yes, Shakespeare gave us the saying: “the world is your oyster”. One that travellers embrace and I lived when I went solo to London.

It never ceases to amaze me how relevant the Bard's plays are today and how much more I get out of them with each viewing. So, when I was in London, it was natural for me to get as close as I could to the root of that saying (and many, many others) at Shakespeare's Globe, a replica of the original Globe Theatre that launched many of Shakespeare's later plays – plays that have given centuries of people countless hours of laughter and tears.

It was off season so I didn't get to see a play but I did get to explore the museum and take a tour. (You can enter for free with a London Pass.) For more on London read Affordable London: 32+ Free and Low-Cost Tips. 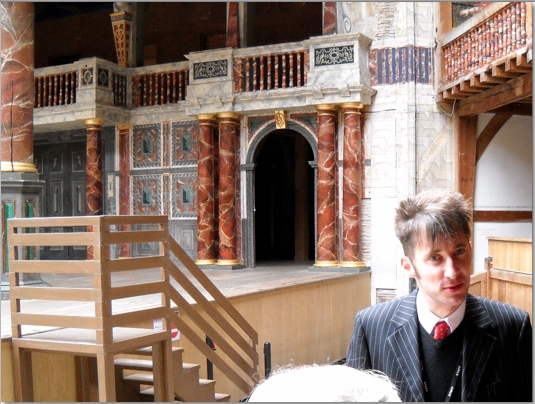 The tour guide was very knowledgeable.

14 Years of Theatre that Changed the World

The original Globe was built in 1599 by a theatre company known as The Lord Chamberlain's Men. Building it was a bit of a covert operation.

Before building The Globe, The Lord Chamberlain's Men owned a theatre but not the land it was on. When their lease came due, the landlord refused to renew it and tried to claim the building as well.

In the middle of the night, the players disassembled their theatre beam by beam and transported it across the Thames to build The Globe. The venue held between 2,000 and 3,000 patrons.

But the life of the Globe Theatre was cut short – twice. During a performance of Henry VIII in 1613, the thatched roof caught fire from a blast of a canon on stage and the whole theatre burned in less than two hours. The theatre was then rebuilt with a tile roof and operated until 1642 when all theatres were closed by the Puritan government. It was demolished two years later. 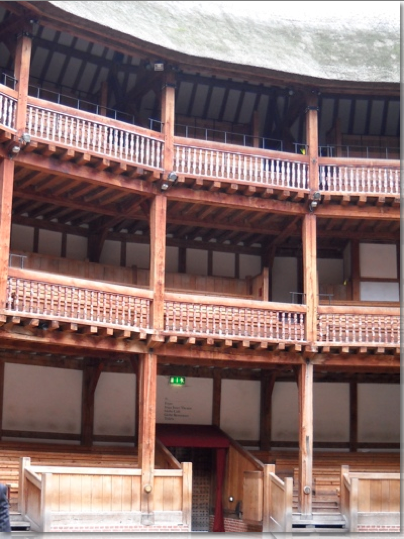 The gallery was for affluent theatre goers. while the common people stood in the pit in front of the stage.

Fortunately, American actor, director and producer Sam Wanamaker took to the notion of rebuilding The Globe. The project began in 1949 and was completed when Her Majesty the Queen opened the theatre in June 1997, four years after Wanamaker's death.

Building the replica theatre was complicated by the lack of historical documents, the time required for archeological excavations, acquiring the land and more. But the time was worth it. It is a remarkable achievement.

Shakespeare's Globe is not just about operating a theatre that is similar to the original and showing the Bard's plays. It's also a resource for the exploration of Shakespeare's work and has a rich educational program including tours and a museum.

When going to the Shakespeare's Globe for a tour, I suggest that you arrive about 45 minutes early to have time to leisurely go through the museum. It offers a timeline on the construction of the original Globe as well as that of the modern day project. It houses costumes as they would have been during the period, displays props and demonstrates stage tricks. Along with the tour, it reveals the past of modern day theatre.

A visit to Shakespeare's Globe is an important part of any trip to London. It offers a unique glimpse into Elizabethan England.