You are here: Home / Solo travel stories / Sneaking In is Half the Fun 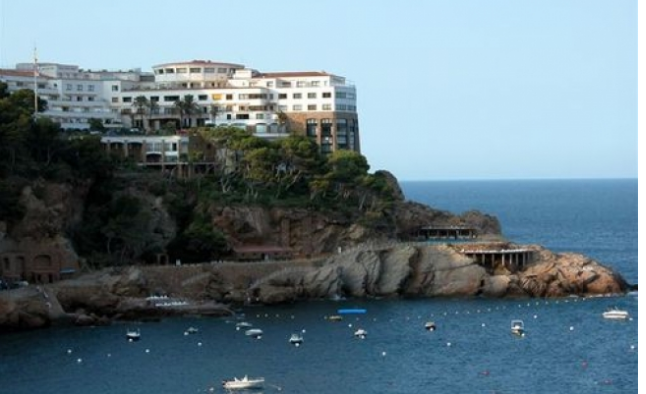 Cap Sa Sal was bult into the rock, jutting out over the Mediterranean in the 50s.

It reminded me of the first time I traveled solo. I was in my twenties in Paris.

On that occasion, I was walking by the Paris Opera House when people spilled into the streets. It was intermission. How could I resist sneaking back in with them and enjoying the second act. I did.

This time there were no people around. No one except the five of us who were traveling Costa Brava together thanks to its tourism group.

This time it wasn't a public building we snuck into, but one that had not seen the public for decades.

The locked gate meant nothing. Rocks substituted for steps. We climbed up and around the gate onto the grounds.

Would an alarm sound? Would security come to turn us out? 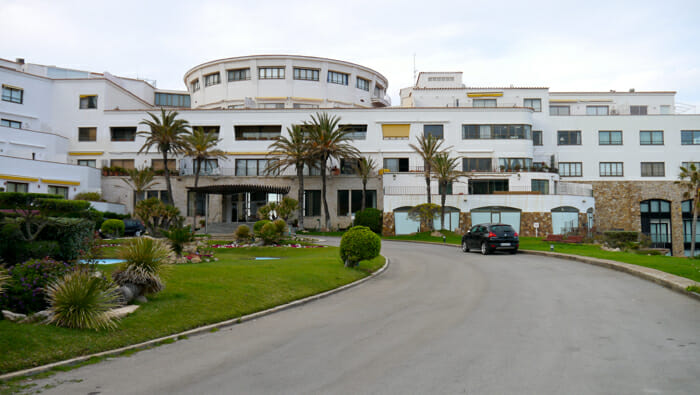 It was like walking into the Overlook Hotel. Expectations of Jack Nicholson were not remote.

Isolated in Costa Brava rather than the Colorado of Stephen King's “The Shining”, this hotel was also built for the wealthy looking for a luxurious retreat. Gazing out over the Mediterranean, carved into the rocks of the Cap sa Sol, this hotel didn't enjoy the success expected. It was abandoned some time in the 70's and, from the looks of things, everyone left the building at the same time – with the last person turning out the lights.

It was eerie but fascinating. The views were stunning though the windows filthy given that they hadn't been cleaned in years. The rotunda was grand and surprisingly clean but then, they are planning a future for this amazing building. The furniture was in impeccable condition and, with the passage of time, in style once again.

Cap sa sol is now being sold off for condos. I found a number online available for holiday rentals but I could find no history of the building. I'm sure there are fascinating stories but they are not being told – except by people like me who project a little fantasy into the storytelling.

At home, I am always coloring outside the lines. But, as a traveler, I tend to obey the rules – to stay within the parameters defined. It felt good to be a little naughty again.

Did you ever sneak into a place or event? How'd it work out? Please share in the comments. 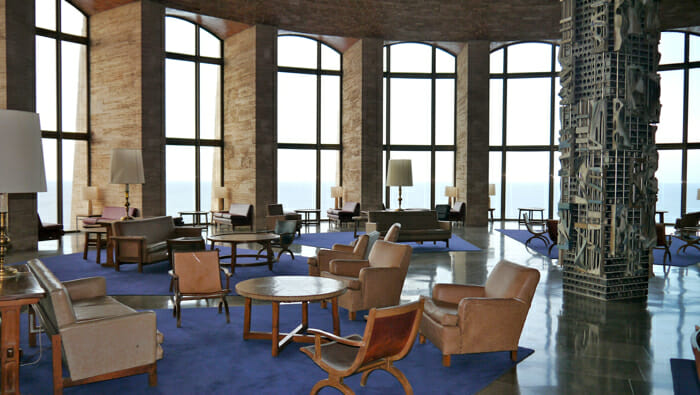 The rotunda lounge overlooks the sea. (There, the “Overlook” as in “The Shining”!) 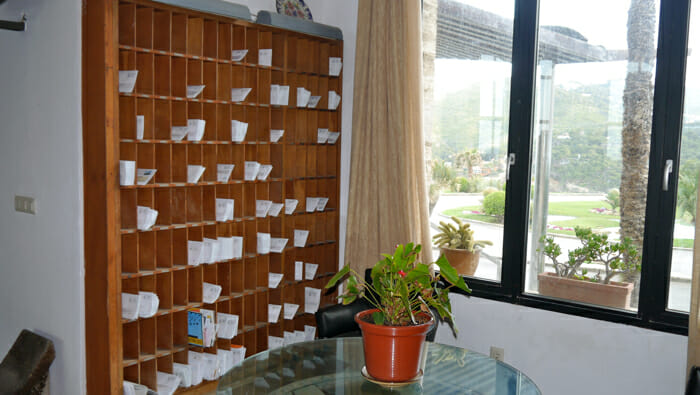 Was this mail left from the 70's? I didn't check but it's fun to think that it might be.