You are here: Home / How to Travel Alone / A Solo Point of View / Contemplating History in Nuremberg 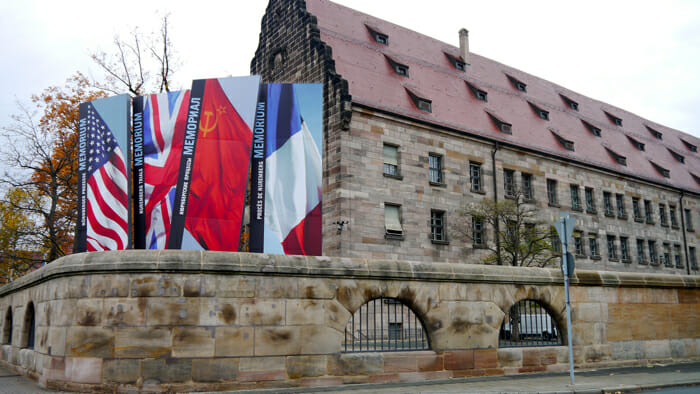 We are at risk of losing sight of our history.

It is only in recent years that historians have started to analyze the holocaust in macro terms. The further we get away from the events, the more generations that pass, the easier this becomes.

There is a reason that macro explanations have taken so long to be put forward. The nature of this genocide and the process by which it was conducted were so horrific that they demanded to be told as stories of individuals. Of the individuals who lived them and of those who died. 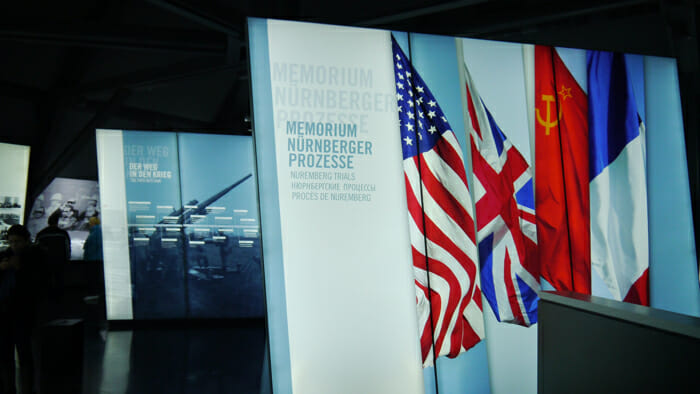 I am in Nuremberg.

At the hostel last night I met a young woman whose grandfather, at the age of 16, fought in the Russian army against the Nazis. Miraculously, through the chance knowing of the right person, he was positioned behind the canons at the front and survived. Decades later, her parents moved to Germany.

Though this young woman is two generations removed from the horrors, she is intensely aware of her family’s history. And lest anyone in Germany forget, she told me that the German school curriculum covers it exhaustively. We got onto this subject mere minutes after meeting. And as we spoke she noted that her children will feel less for this dark period of history even than she does. They will not know their grandparents and they will not feel the impact of the Nazis in their beings in the same way as the generations before them. 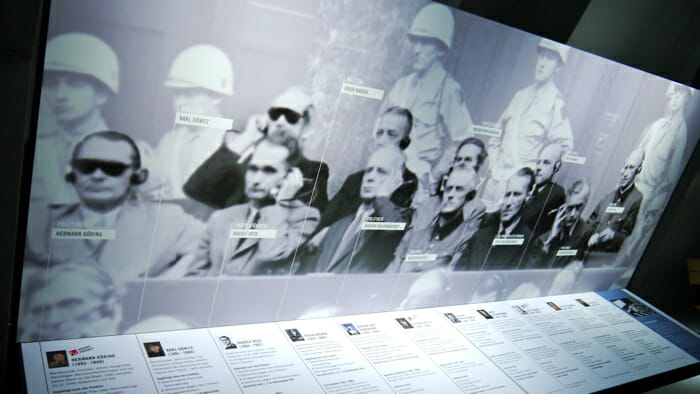 At this moment of writing, I am at the Memorium Nuremberg Trials. Yes, I stopped, pulled out my computer and started writing. I am overwhelmed by this museum and yet it, too, looks at the history of the Nazis and World War II at a macro level. It contextualizes the role of industrialization and modernity in making the rise of the Nazi’s and the holocaust possible. It does not tell the stories of individuals.

At the Memory and Human Rights Museum in Santiago, Chile which I visited last year, they also contextualize genocide. But the time passed is only forty years. And it has been just over twenty years since the Pinochet regime that perpetrated the crimes has been replaced. In this museum, stories of individuals are told. 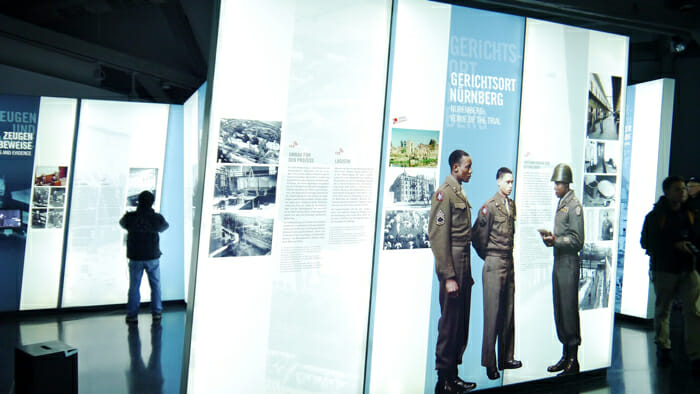 Most of history can be told on a high level. But it is important to remember, especially when dealing with a tragedy like the holocaust, that history happens to people. Their individual stories are not to be forgotten.

Once they are, we are in danger of forgetting. Of losing the meaning of the event. 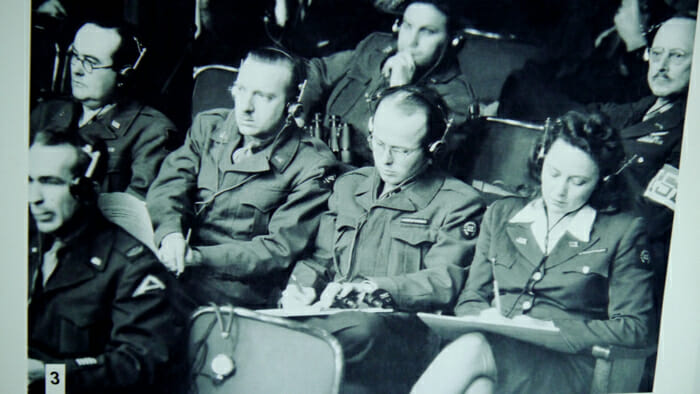 Walter Cronkite was one of the media covering the trial. 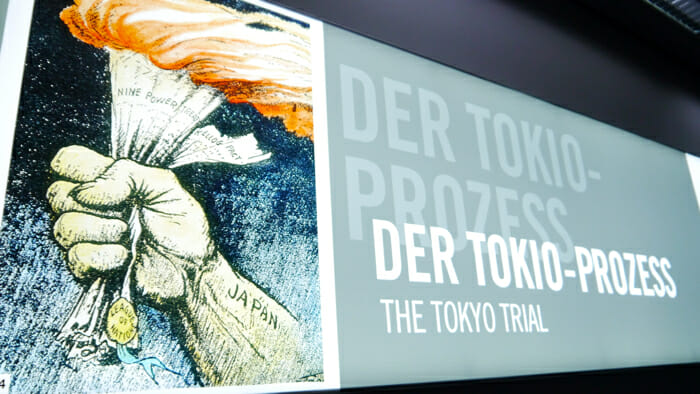 After Nuremberg, trials were held in Japan as well. 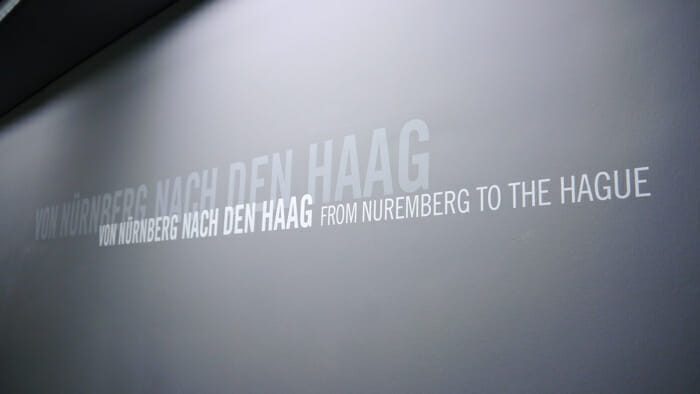 The Nuremberg trials laid the foundation for future trials in the Hague.