You are here: Home / How to Travel Alone / Solo at Mardi Gras

We're pleased to introduce a new voice to you today. Solo Travel Society member Guy recently traveled from Sydney, Australia to the United States to experience the annual Mardi Gras celebrations in New Orleans, Louisiana. Being solo at Mardi Gras might not immediately leap to mind as a top travel idea, but Guy's story may just change your mind! 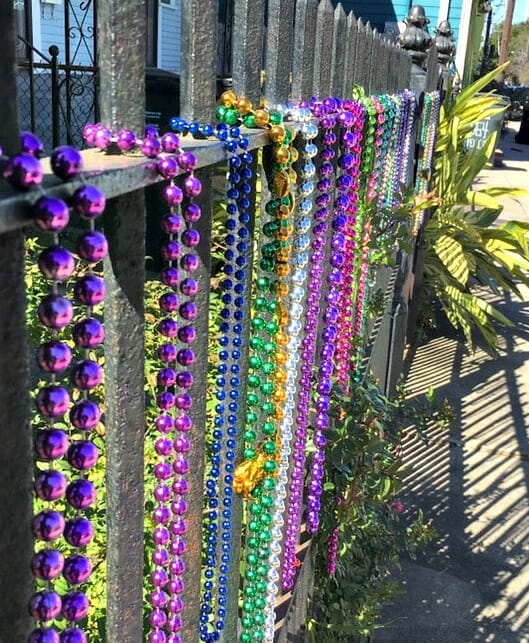 I have never been as passionate about $2 beads as I was at Mardi Gras in New Orleans.

As you reach for the passing floats in a sea of glitter and brass beats, you know only that you need more of these shining beads to add to your increasingly heavy technicolored necklace. When you glimpse the approaching projectile you forget how much it can hurt when it hits you. You also forget about your money, phone, and keys and only hope they still remain in your pocket.

This is Mardi Gras in New Orleans, and as a solo traveler it can be an intimidating prospect to tackle such a chaotic and colorful time in the Big Easy. Here are a few things I discovered while solo at Mardi Gras, one of the world’s oldest celebrations. 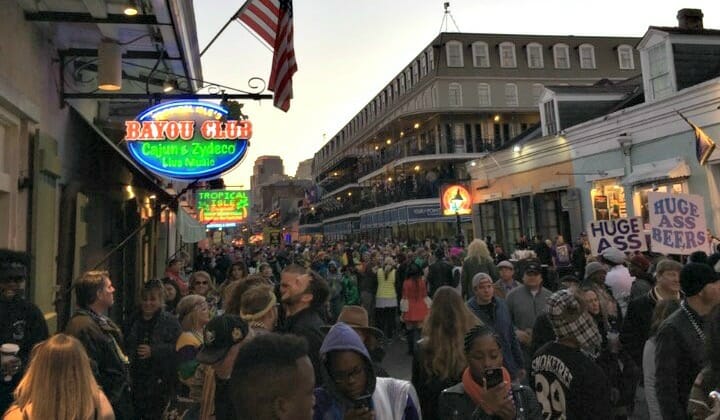 The streets are packed with Mardi Gras revelers.

The climactic epicentre of the two-week Mardi Gras celebration is Fat Tuesday. On this day it is best to head out as early as you can to catch the celebrations. It is also on this day, at 12 am, that another Mardi Gras tradition occurs: exactly at 12:00, police line up on Bourbon Street and clear everyone from the infamous stretch. It is really a sight to behold, like more aggressive pepper spray-wielding fairy Godmothers. Once the clock strikes midnight, you must leave the Bourbon Street ball. 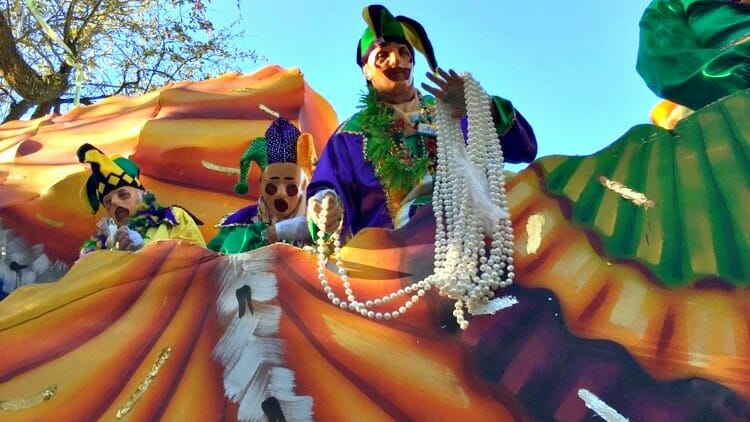 Beads are thrown from the floats to the crowds below.

During Mardi Gras everyone knows everyone. These celebrations unify all in the pursuit of a great time. As a solo traveler this is really ideal, as people are actively seeking to meet and celebrate with strangers. Alcohol is certainly helpful in this regard, but an openness to meeting people works just as well. 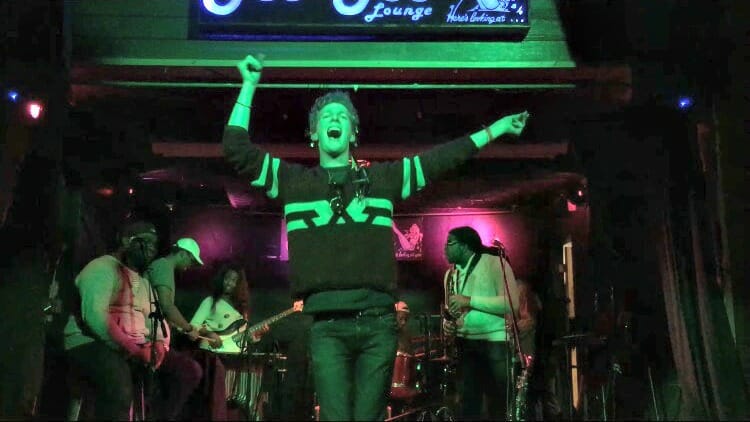 Live on stage at Mardi Gras!

One night, in an empty jazz club on the outskirts of Frenchman Street, I sat and listened contentedly to the brass band playing. Slowly the club began to fill, the crowd began to grow, and I found myself right in front of the stage, doing my best ‘head bop' to the brass beats. The lead singer of the band looked at me and said, “You can do better than that!” and I replied with my best attempt at a shimmy. He laughed along with the people around me and offered his hand to bring me on stage. Of course, I was terrified, but the people around me pushed me onto the stage and there I stood, face to face with the lead singer, Greg. Greg was hilarious and kind, he showed me the best ‘Jazz Music' dance moves and I did my best to recreate them. He showed me how to scat, and I failed miserably at it. All of this, over a sustained jazz rhythm and a screaming crowd. It was simultaneously terrifying and exhilarating! Finally, he declared that he would shout my drinks for the rest of the night, lots of Coke Zero, and I jumped off the stage with a final “Woo!” The people around me applauded and were equally kind in hailing my hilarious attempts and then taking me around Frenchman Street. All thanks to Greg, and my horrific shimmy.

It is absolutely possible to enjoy being solo at Mardi Gras. So walk, dance, and begin that bead collection! New Orleans awaits.