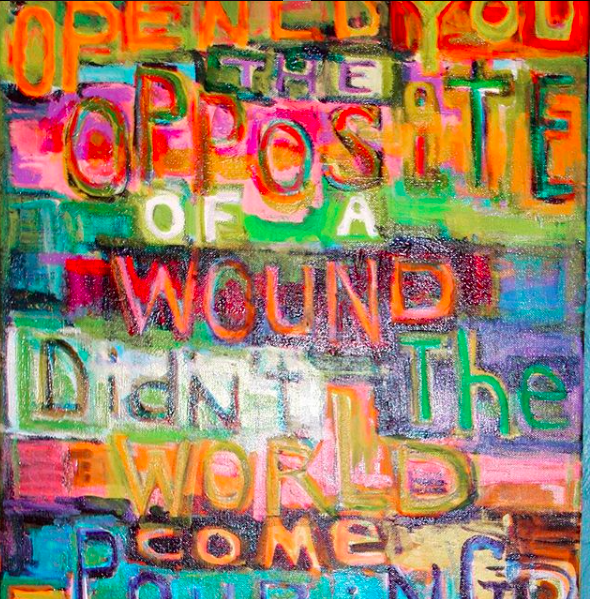 Poem Painting by Trisha Orr, Poem by Gregory Orr, from The Book That Is The Body Of The Beloved.

Simon Constam is our Business Manager at Solo Traveler. He is also a poet. Many solo travelers build a trip around a specific event in a destination. Simon recently did just that, traveling to Florida to attend a poetry festival. Here, he shares his experience of pursuing his passion and  meeting like-minded travelers in a new destination.

In January, I traveled from Toronto to Delray Beach, Florida for the 15th Annual Palm Beach Poetry Festival. It’s a highly-regarded, week-long series of workshops, readings, and poetry craft sessions. I’ve never traveled specifically to attend this kind of event, but I’ve been aware of the Palm Beach Poetry Festival for several years and was anxious to go. I’ve been writing poetry for a good part of my life and have been published in a half-dozen magazines. I saw this as an opportunity to get some of my work evaluated, improve my writing, and get to know some poets whom I already read and some others who I would like to read.

All the events were held, as they are every year, at the Crest Theatre in the Old School Square. Once Delray Beach High School, it was converted to a performing arts center in 1993. It has numerous classrooms and its auditorium has a 323-seat capacity.

About 120 students are accepted each year and they are broken up into sessions, each one of which is led by an accomplished poet. Mornings, 9:00 am to noon, are spent in class, workshopping students’ poems. Afternoons feature craft sessions, readings, and Open Mics (where I got a chance to read my work) in the main hall. Every evening there was a reading or panel discussion. This year Sharon Olds, one of America’s most honored poets, and Tyehimba Jess, author of Olio, the Pulitzer Prize-winning poetry book for 2017, gave readings. You see from this too that there was enough at the Festival to keep one occupied all day and night. I attended virtually every event.

This kind of event really makes it easy to meet people. My classmates, not the only people I met by any stretch, were from all over the United States. And there was at least one other Canadian present. The attendees covered a wide demographic range, but most were a little older, as I am at 69. Obviously, I had a lot in common with them, a lot of shared interests and even shared experiences as poets all tend to spend time at readings and workshops and so on. 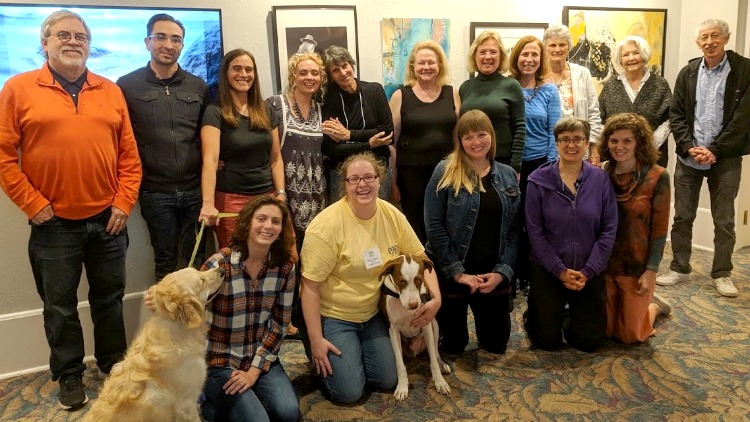 That’s me on the extreme left. Jessica and Nickole, third and fourth from the left.

Our session head was to be Chase Mitchell, an award-winning poet who lives near Albany, New York. Unfortunately, Chase was grounded at home by the massive storms that went through northeast New York State the week of the Festival.  Fortunately, two poets on the faculty at the event, Jessica Jacobs and Nickole Brown stepped in. They were exceptional teachers, insightful about our work, and a joy to be around. My own work got a good hearing and much helpful advice from Jessica and Nickole as well as from the other students.

What to say about Delray Beach?  It’s a small city of 70,000 just a little north of Fort Lauderdale. The weather was in and out all week, but the place is very friendly and utterly pleasant to walk around. The Festival is right at the main strip. I didn’t spend a lot of time exploring, though. There was too much to do at the festival itself.

I flew from Toronto into Fort Lauderdale and rented a car. I actually stayed at a motel in Fort Worth, about 20 minutes away from Delray Beach. That kept my expenses down and I didn’t mind the drive each day at all.

I ate lunch each day with some of my fellow students. If you happen to go to Delray, I’d highly recommend The New Vegan on 2nd St, not far from downtown. It opened a couple of months before I arrived. 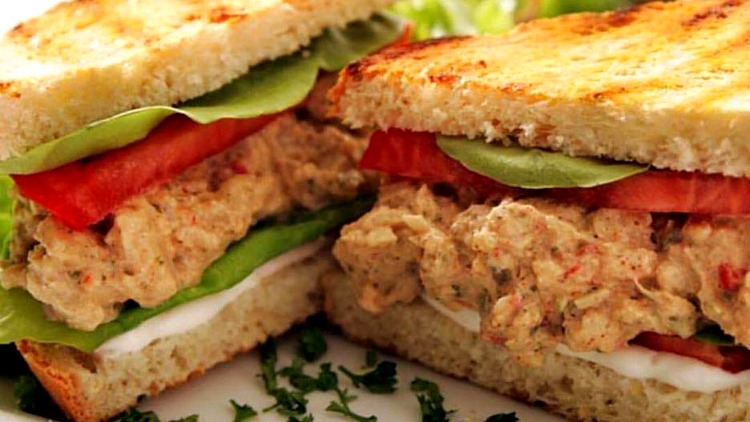 The signature Palm “Toona” Melt at The New Vegan.