You are here: Home / Solo travel stories / Solo in Buenos Aires: The Paris of South America
This is the fourth in the Iconic Cities series. Guest writer Zenaida never tires of looking for the unusual and idiosyncratic in the cultures she visits. You can read all about her solo journeys on her blog, Travels with Zenaida 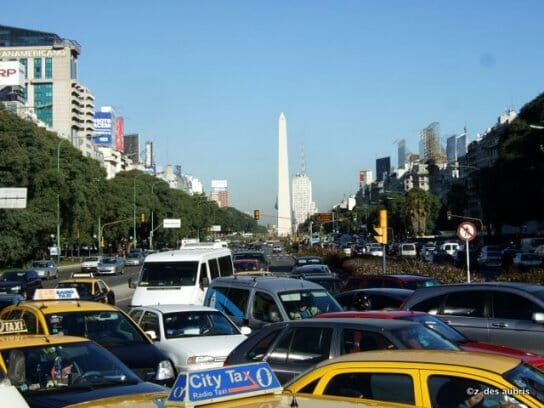 Avenida 9 de Julio, the widest street in the world.

Sitting over a cafe con leche y medialuna (cappuccino and croissant) and watching the world go by across 12 lanes of traffic on the Avenida 9 de Julio (still the widest street in the world), you’d be forgiven for thinking you are somewhere on the Champs Elysees in Paris, or in Rome or Madrid. Buenos Aires, considered to be the most sophisticated city in South America, has often been compared to these cities, yet has a flair all its own.  It keeps reinventing itself, moving on, physically reacting to political events, seeking out new angles on traditional institutions such as the tango.

Talking of tango, it is perfectly acceptable to visit a milonga hall where tango dancing takes place – alone. If you are a woman – of any age, shape or size I might add – you will most probably be asked to the dance floor; it is, of course, up to you to accept but there are no hard feelings if you decline.  If you are a man, you are free to ask any of the ladies, even if they are complete strangers. Porteños (Buenos Aires natives) take their tango very seriously and it is a matter of honor that such a sensual dance be devoid of “hanky-panky” behavior. Either way, going to a milonga hall is great for people watching.  Ask the concierge at your hotel to recommend one in the neighborhood. 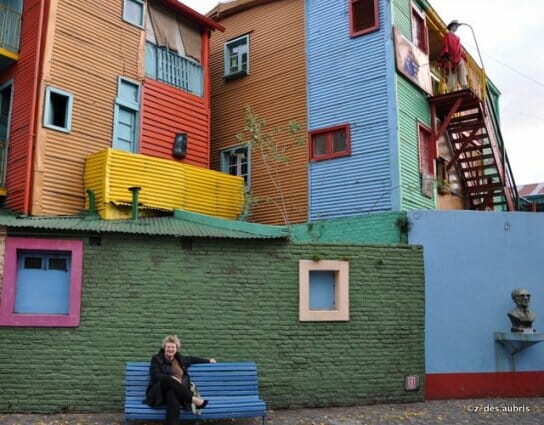 However, if you are in town on a Sunday, go to San Telmo, the colorful neighborhood where tango gained notoriety.  There is a fabulous flea market, live bands, contests for costumes and couples dancing intricate tango steps. When walking around, don’t be surprised to see the Byzantine-style, blue onion domes of a Russian Orthodox Church, built for one of the many ethnic groups that settled in Argentina.  This church was commissioned by Czar Alexander II in the late 19th century, with all the important elements such as the stained glass windows built in St. Petersburg and then exported to Argentina.

On the other hand, if you are more into modern times, head to Palermo Viejo, or Palermo Soho and you’re probably going to be surprised at the high level of design and quality of the art objects, jewelry and fashion. These two areas are the best showcases for the very active, young, creative Argentine talent. 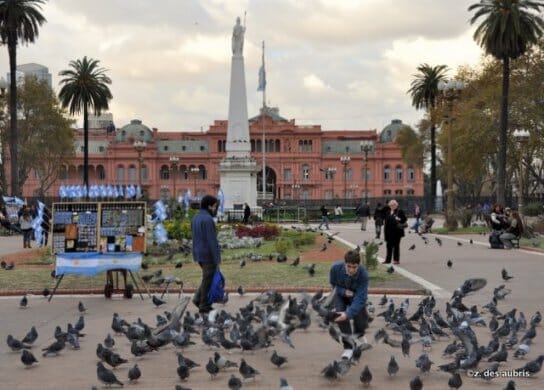 Buenos Aires is, unfortunately, also known for a fairly high petty crime rate, especially of the pickpocketing kind.  This doesn’t mean you should not go out alone. Just make sure you use the hotel safe, don’t wear any fancy jewelry and take an absolute minimum of necessary cash or credit cards with you. Wisely put these valuables in an inside zipped pocket.

Getting around the sprawling metropolis of 13 million people is made possible by six subway lines (the subte) and over 100 lines of collectivos – colorful and inexpensive buses.  The official black and yellow taxis are metered and affordable and there are thousands of them!  Just flag any one down, but don’t expect the driver to know English, so best to have your address written down.

The dance, music, movie, art gallery, literary and theater scene is very alive and porteños love to eat out in any of the more than 3000 restaurants.  Being on your own is no problem, though, and you will be served well and with respect.  Be sure not to miss an asado – a side of beef and sausages on a spit over an open fire – coupled with a few glasses of velvety mellow local red wine and you will quickly feel like a porteño yourself.