You are here: Home / How to Travel Alone / A Solo Point of View / Solo Travel and Identity: Learning the Source of Strength 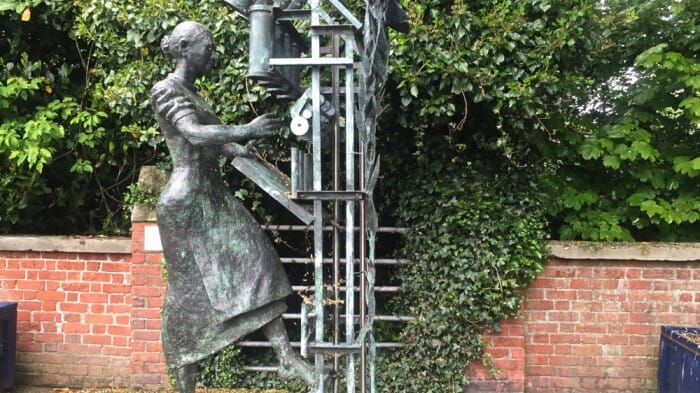 The Millie statue in Lisburn. My grandmother didn't work the loom in the linen mill. We believe she was a pin winder.

Last spring I went to Belfast. It was my fifth trip but my first time going solo.

No family to visit this time as the generations I knew well have all passed on.

No family in tow. On previous visits I had brought my husband and children along. Yes, this time I went solo and it was a quite different experience.

My heritage is half Ulster Scots, sometimes known as Scotch-Irish or Scots-Irish, 1/4 Irish and 1/4 Scottish. While I have distant but lost connections with Bushmills, Northern Ireland, my relationship with Belfast and Whitehead feel quite intact as they come through my grandmother who emigrated from there to Montreal in 1924. 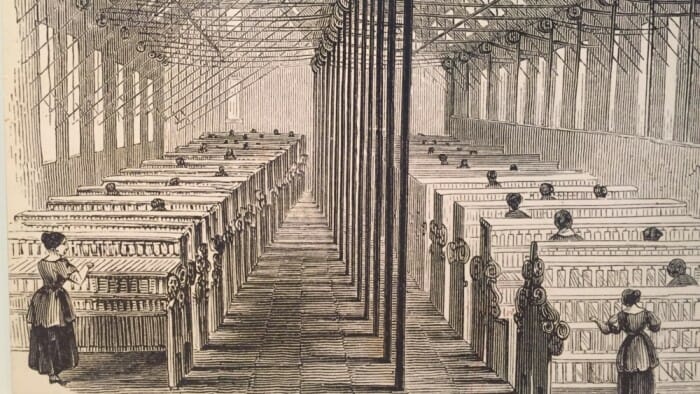 This is a rather sanitized depiction of a linen mill. There were typically many more workers involved as there were many tasks to be performed, usually by women and children. Photo taken at the Irish Linen Centre and Lisburn Museum.

As I traveled I told a number of people about my Northern Irish heritage. Every time I told the story of my grandmother and saw the responses to the struggle that was her life my relationship with her shifted somewhat.

To give you the abridged version, my grandma grew up on Mayo Street in the Shankill parish of Belfast. As I understand it she went to work in the mills at the age of 10. She had little education and it wasn't until later that I learned why all cards and letters were written by my grandfather. By the time she was 16 her parents separated. The three sons went to live with their mother and the three girls stayed with their father. At that point my grandmother was to manage her father's household and raise her sisters, Elizabeth, 6 and Annie, 4. (Annie died at 8 years old of the Spanish flu that killed 50 to 100 million people worldwide.) By the time she was 26 and Beth was 16 my grandmother felt she had done her duty. In the attitude of the times, she was a spinster, too old to get married. She was also not willing to spend her life in the linen mills. With her father's permission she emigrated to Canada to be a domestic. 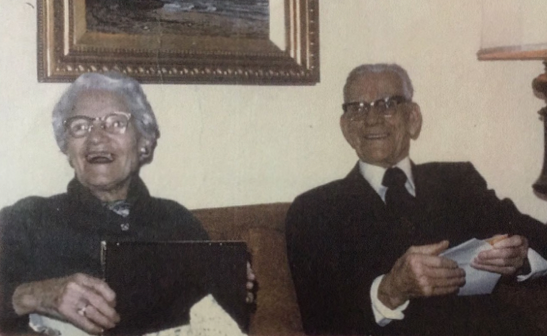 My grandmother created a good lfe for herself. This is her and my grandfather on their 50th wedding anniversary.

This was the simple story I had grown up with. She was a stoic woman so no drama was attached to it. These were just the facts of her life.

But as people listened to her story, people who were far closer than me to the meaning of working in the linen mills, about what a divorce would have meant in early 20th-century Belfast, they filled with compassion. It was their response that changed my relationship with her.

My grandmother was stern, not warm and cuddly, but she was a survivor. I always considered her strong and now I really understood why she had to be. She had worked in the mills at a young age. She was abandoned by her mother. She had nursed her dying sister. She had bravely emigrated with just one friend to Canada not knowing if she would ever see family again. She took on life with a will to control it as best she could. I have enormous respect and compassion for her. 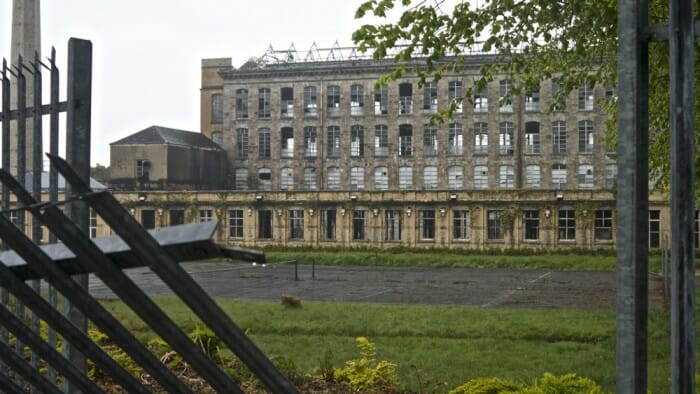 An abandoned linen mill near Lisburn where there were many factories.

As I traveled Northern Ireland I was driven more than ever to understand the context of my Grandma's life. I changed my itinerary somewhat to include:

Visiting all these places I gained a glimpse into her life in Northern Ireland as well as the migration wave she was part of. 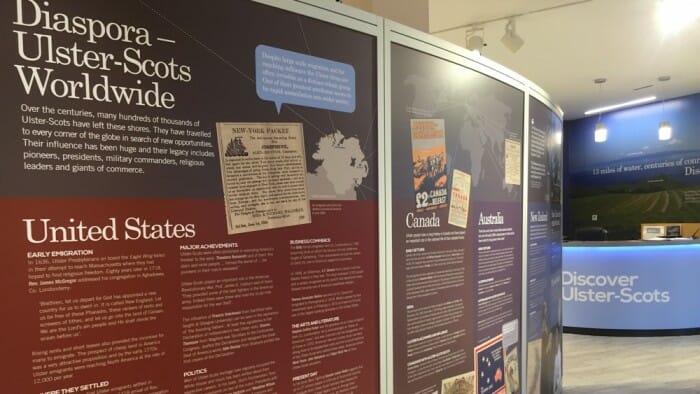 Simple Advice for Exploring Your Heritage

It was by digging into family history that I originally came to love history. Not the history of wars and politics but social history that reveals the daily life of a people and the forces at play that change lives. To make your travel personal I suggest three things:

My brother-in-law likes to joke with a “watch out, the Waugh women are in the house”. Yes, my sister and I are both strong. Understanding my grandmother better, I understand where we get it from.

I was fortunate to be on this trip as a guest of Tourism Ireland and Tourism Northern Ireland.  Naturally, the opinions and experiences are all my own. 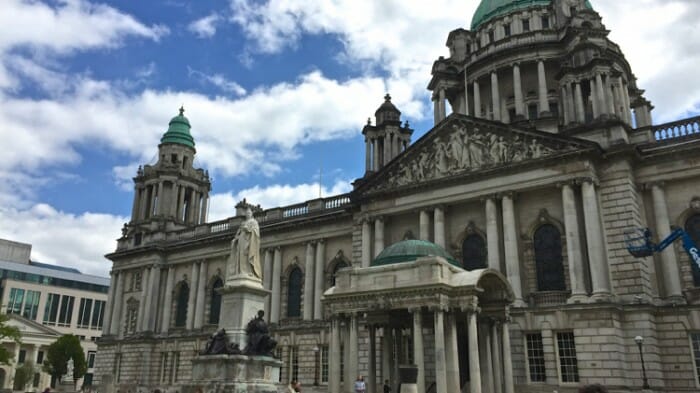 Construction on Belfast City Hall began in 1898 and was completed in 1906. It's likely that my grandmother would have been taken there as a child during the construction to wonder at how grand the city was becoming. 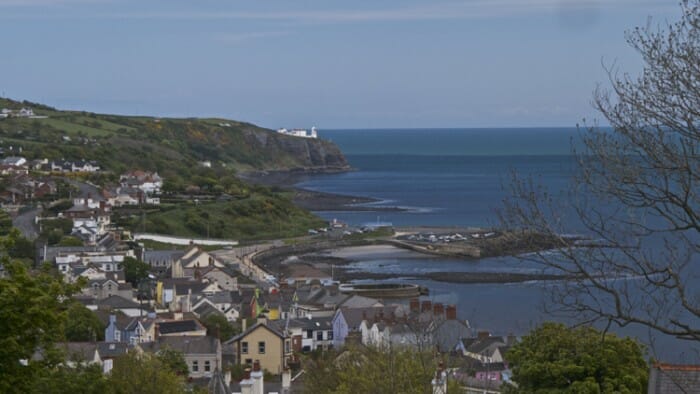 This is a view of Whitehead north of Belfast, near the beginning of the Causeway Coastal Route. My great grandfather moved the family out of Belfast during World War II to escape the heavy bombing, This is where my great Aunt Beth lived on the occasions that I visited her.

And now, Big Fish: The truth is not necessarily found in facts.
Last updated: 9th July, 2019