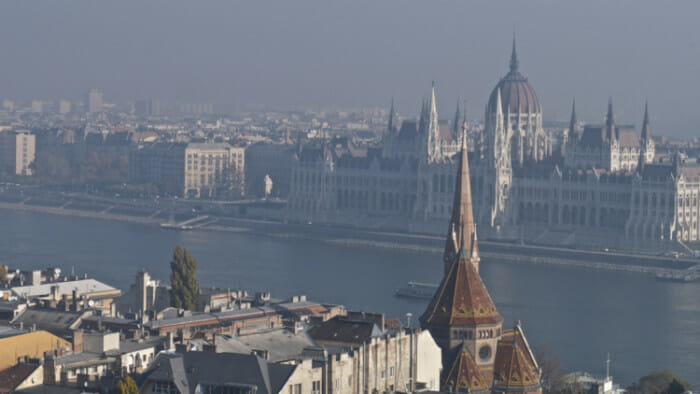 View of the Hungarian parliament from the Buda side of Budapest.

One of my first solo travel adventures was to Europe in 1985.

As I look back now, I have no idea how I got it into my head that Budapest – behind the iron curtain at the time – would be one of my stops.

I have many vivid memories of that trip but Budapest is amongst the most dramatic.

Three Meet in Vienna and Solo Travel to Budapest

The adventure actually started at a hostel in Vienna. That's where I met two women, an Australian and an Israeli, who, when I told them about going to Budapest, decided to come along. So we quickly arranged their paperwork and  set off by train.

We knew that this would not be like entering any other country but we were surprised by just how different it was. When the train crossed the border, the military boarded and conducted a search. None of us had to open our backpacks but others did. With their machine guns over their shoulders, it was our first hint of what was to come. We made a pact: we would stick together no matter what. 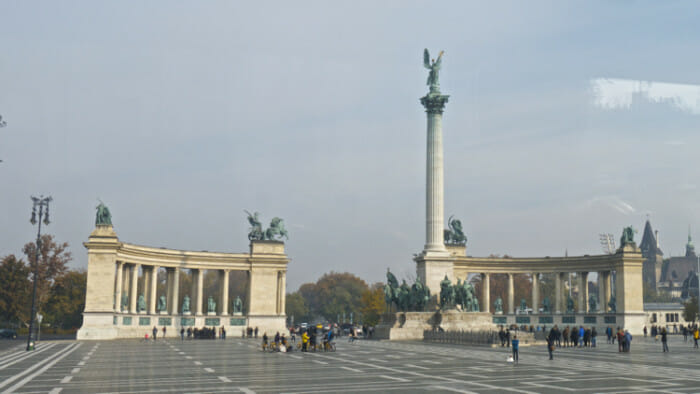 Naturally, we hadn't made any arrangements for accommodation before we left Vienna. We were arriving in the early afternoon so we figured we had lots of time to sort that out. What we weren't prepared for was being rushed by people at the station wanting us to stay with them and by people who wanted us to change money on the black market. After my experience in Paris, you can imagine, I was not prepared to play that game. (If interested, have a read of my Paris adventure called Caught in a Con Game.)

However, we did decide to go with one of the home-stay offers. The first woman who approached us showed us a piece of paper with an offer to stay at her place for a certain price. (Forgive me, but twenty-five years later, details like the price escape me.) It was written in at least five languages.  As we walked down the platform, we were approached by many more people. After a discussion, the three of us decided to go back and find the first woman. She was obviously relieved to see us return. I think she had chosen us out of the crowd.

Now, to my knowledge, Hungarian is like only one other language, Finnish – which I don't speak. Between the three of us we had German, Yiddish, French and English and none of us could make anything out of what was said to us. So the woman took out another note in multiple languages instructing us to follow her, which we did, taking the subway out of the city to the suburbs and her one bedroom apartment which she shared with her son. She gave us, the three of us, the one bedroom with one double bed. Then she took out another note which said that we had to register our presence with the police, and gave us instructions as to how to do this.

The Police and a Train Engineer

So we set out to go back into the city, stopping off at the police station on route. We got off the train, followed the directions into a separate suburb, went into the station and showed our passports. They wrote everything down but seemed a bit confused as to why we were doing this. Without any chance of communication, we couldn't sort out what that meant. We just knew that we intended to do what we were told.

From there we went back to the train platform to resume our trip into the city. The train stopped. A crowd got on and, somehow, my two friends were left on the platform when the doors closed. I was in the first car. I turned to the drivers window and started pounding on it. At the same time, my two friends were pounding on his window from the outside. He was furious. He came out of the drivers cab, opened the passenger door and literally threw me off the train. We were so relieved we didn't care for a second.

Breathing a bit better, we got on the next train to the city. Looking around I remember how sullen the faces were.  However, we did manage to make just about the whole train laugh. We hadn't yet figured out the train system at that point and, at the final station, we didn't notice that everyone got off until it was too late. As we rode the train into a dead end tunnel, we could see people laughing on the platform.

Things Did Get Better

Of course, the train didn't stay there and we did manage to explore the city that day. And Budapest is most definitely a beautiful city. In time, we didn”t notice the military on the corners and we figured out the transit system, the currency, how to buy things in official and unofficial stores and order food in restaurants. I remember historic buildings and a few incongruously luxurious hotels and the fun we had. But mostly, I remember those stand-out moments when crashed into cultural differences struggling with the language.