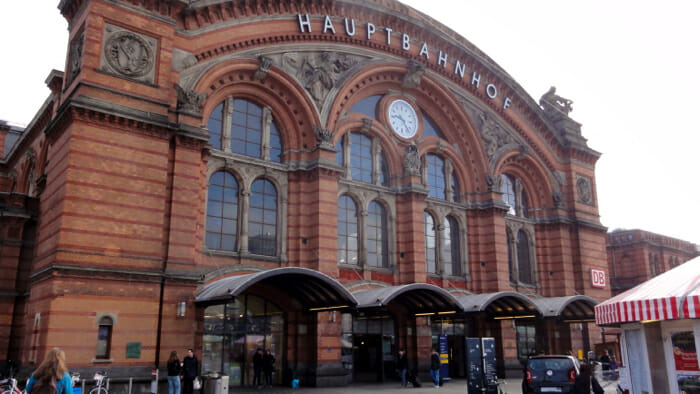 After a week in Germany it was time to fly home.

I was in Wilhelmshaven.

My departure city was Bremen.

I would make a connection in Frankfurt for the seven-hour flight Toronto.

At first I thought that a slow morning would be best before this long day. A sleep-in to help adjust to the coming time change.

But then I thought of Bremen. And the musicians from the fable, The Bremen Town Musicians, that I read many times as a child. A quick look online and I realized that I could make a morning of it and see the essential Bremen at the very least. 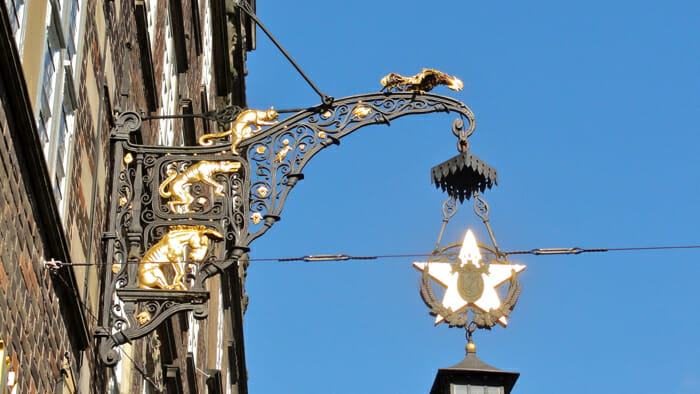 There is evidence of the Bremen Town Musicians in unusual places. Fortunately, the city is not overrun with images.

Solo Travel Can Be So Easy

I arose at 6:30 am to finish packing and get to the station by 7:30 for the 7:45 train. It was a short walk from Beans Park Hotel where I stayed in a single room at 49 Euros a night including breakfast and WiFi (though I have to say the WiFi in Germany was not great anywhere). The couple that run the hotel are very hospitable and packed my breakfast for the train since I didn't have time for it. Easy!

To determine which train to take I used the app Rail Planner. It works offline for the schedules and, if you're online, it will even give you details like what platform your train will be on. Easy!

Arriving at the station I had to find the platform for my train as I was not online. Usually the signage above the platform indicates what train is at the platform and what time it will leave. However, the signage was blank. So I approached a woman to confirm “Oldenburg”!?! as I pointed to the train. She looked puzzled. “Bremen”!?! “Ya”, she nodded. And I boarded. Easy!

As I sat on the train the woman approached me to show me her ticket. She was going to Bremen via Oldenburg as well. I indicated that I would follow her with my fingers walking through air and we both smiled. I followed her and her husband and child onto the connecting train and made it to Bremen at 9:05 am. Easy!

It's a lovely 10-minute walk from the train station to the center of Bremen. Easy! 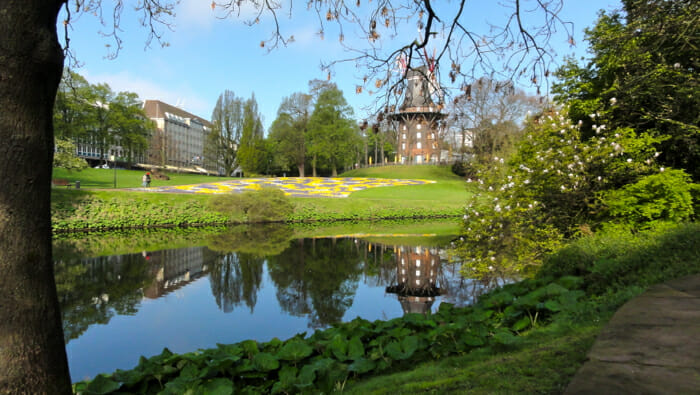 The Am Wall Windmill in the distance was built in 1699. It is now a restaurant in the park area that covers where the city walls once were.

A Few Hours in Bremen: Easy!

Walking into the city center it was impossible to miss the marketplace and Bremen's historical UNESCO sites of the City Hall and the statue of Roland representing the rights and privileges of the free city of Bremen. In fact, you really just have to follow your instincts as it is not long before the spire of St. Peter's Cathedral shows through the buildings. 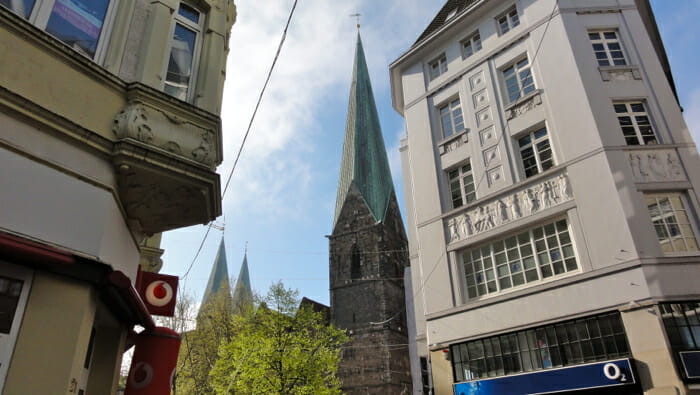 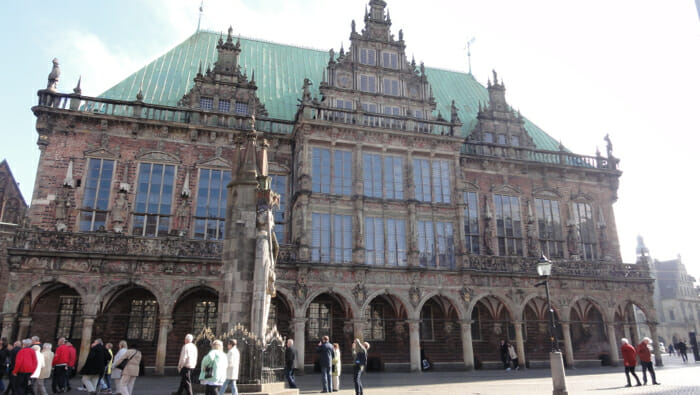 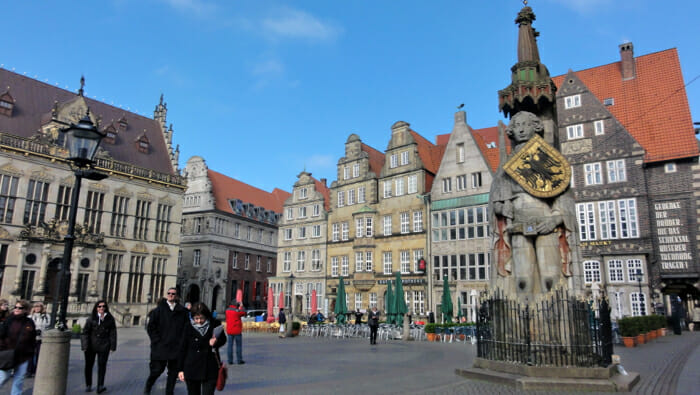 The stone statue of Roland was erected in 1404 to represent the rights and privileges of the free city of Bremen.

Also in the vicinity of the marketplace are a statue of the Bremen Town Musicians, St. Peter's Cathedral and cafes. 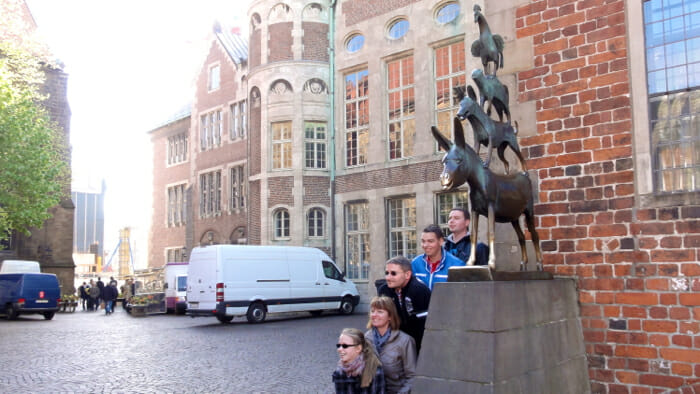 Of course, the statue of the Bremen Town Musicians is a popular sight. People line up to line up like the musicians. 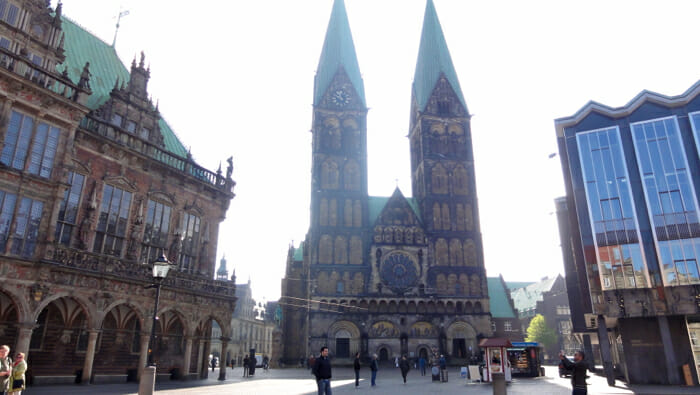 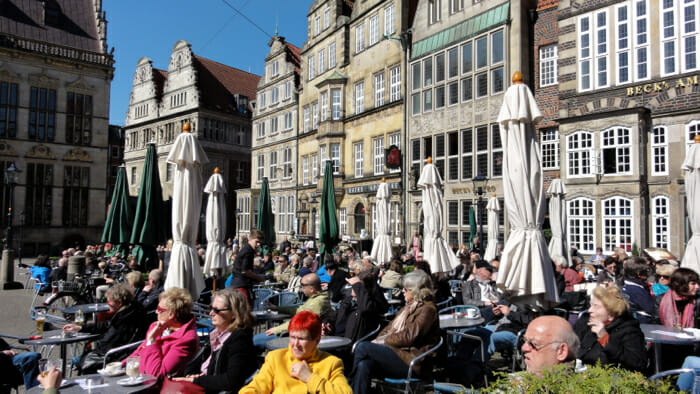 The day started overcast but turned out fine which caused the citizens of Bremen to turn out as well and enjoy a coffee in the sun. 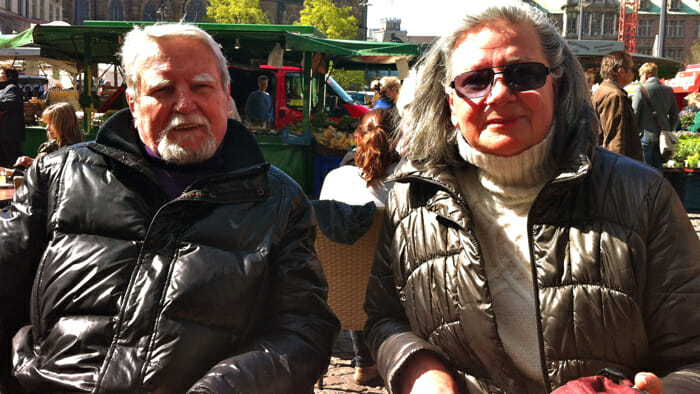 I stopped for a coffee as well and quickly met Udo and Brigitta. They spoke English very well and gave me instructions for my last hour in Bremen. They sent me on my way to the Bottcherstrasse and Schnoor Quarter. 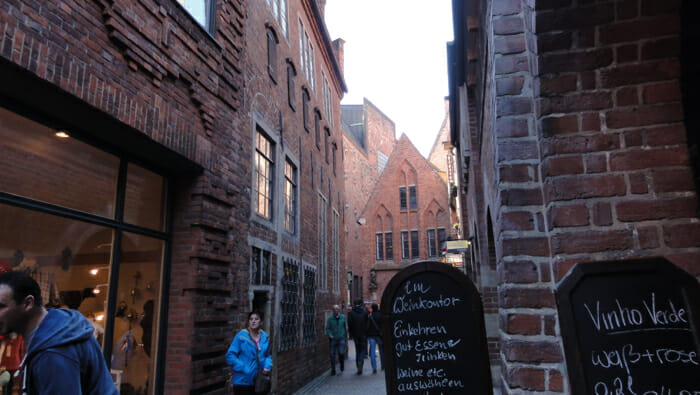 First I went to the Bottcherstrasse. It's a short street, 110 meters long, that was built in the 1920's by a local coffee merchant who purchased the dilapidated homes on the street and had it totally rebuilt. The result is a unique little shopping street between the marketplace and Weser River. 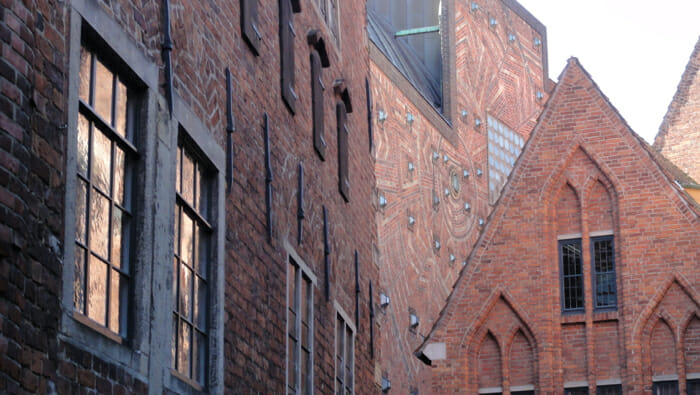 Look at the brick work on the upper left. It's marvelous! 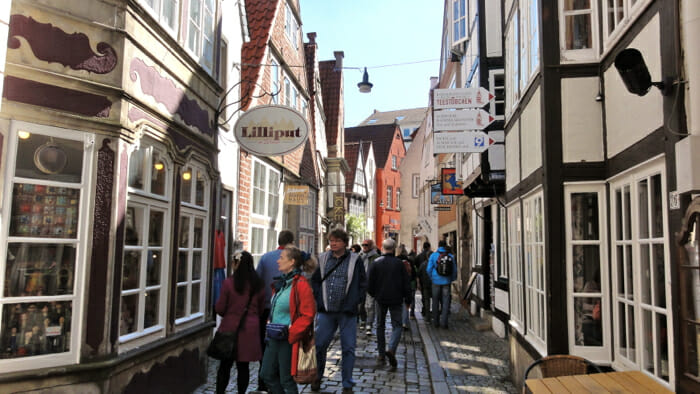 Then, two blocks away from Botcherstrasse is the Schnoor Quarter, a heavily touristed maze of lanes with houses built in the 15th and16th centuries. 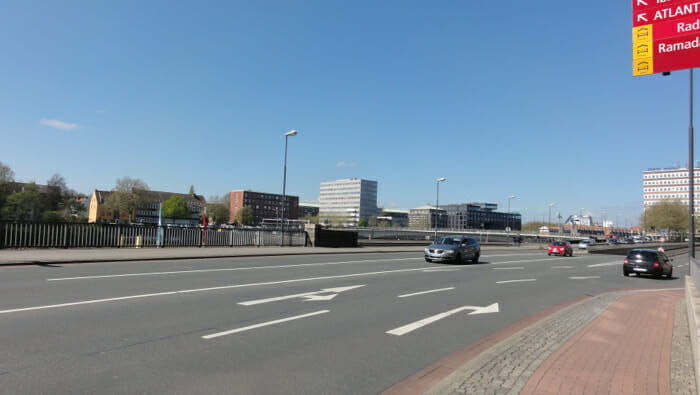 And just outside the Schnoor, the Bottcherstrasse and the marketplace of the old city is modern Bremen.

The Final Easy Piece of this Solo Trip

After my few hours in Bremen it was time to go to the airport. I caught a trolley on the main street outside the Schnoor and for two euros I was at the airport in 15 minutes. Easy! 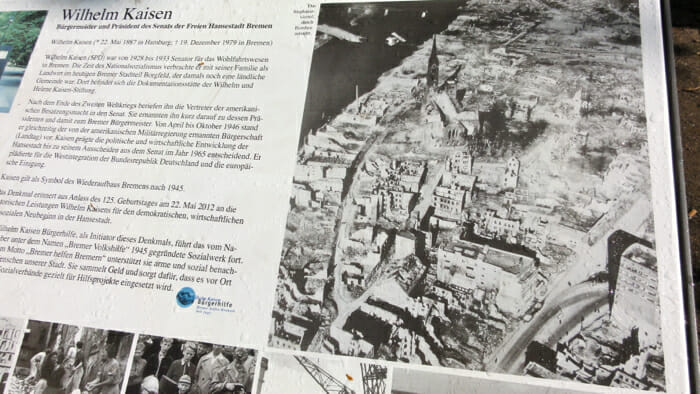 Bremen was heavily damaged from bombing in World War II. Its rebuilding is a testament to the people. 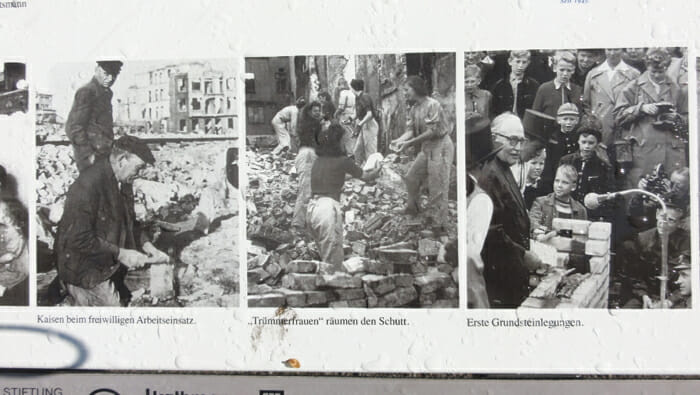