I am pleased to present a new Solo Travel Destination Post from Jeanette, to complement an earlier one from Sherry. Both are members of the Solo Travel Society. Jeanette is from the United Kingdom, Sherry is from Canada, and each submitted reports on their solo trips to Japan. Do you have a solo travel destination that you would like to recommend? Submit your description here, along with a few photos, and share it with fellow travelers! 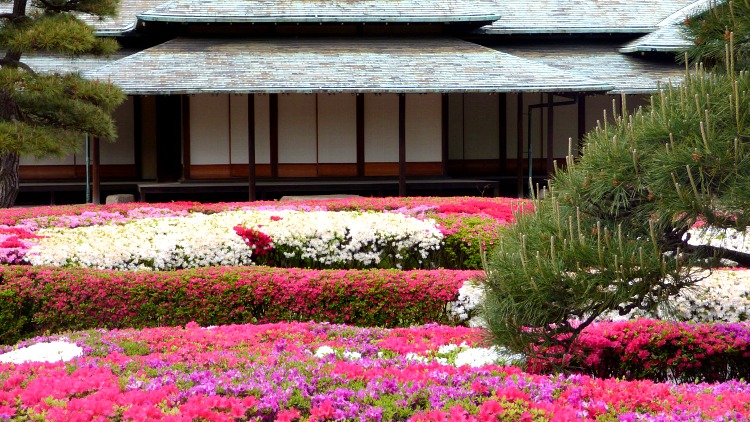 I had wanted to visit Japan for some time, so when I saw a cruise offered on the Queen Elizabeth, circumnavigating the islands, I jumped at the chance.

As part of the package, there were buses to take people from the airport in Tokyo to the ship moored in Yokohama. I love being at sea and the anticipation of the ports ahead. I'm not bothered by the ‘cruise experience,' but if you wanted it there was plenty to join in with onboard.

This was the maiden visit to these ports by this ship. We were greeted really warmly, and the sailaways were made very special with dancers, musicians, and fireworks.

The first port was Hakodate, and I took the shuttle bus from the ship into the town, adjacent to the bus depot, and there I was able to purchase a one-day pass for the local buses. The signs on the buses were in both Japanese and English and an English speaking adviser was on hand to help. The first stop was Fort Goryokaku, and then back on the bus to the Kanemori Red Brick Warehouse District, with its shops, restaurants and harbour tours. From here it was a 10-minute walk up the base of the Ropeway and aerial tram to the summit of Mount Hakodate.

Our next port was Akita, and here I joined a ship's excursion to Kakundate Samuri District, as this was less accessible by public transport with the time available. Here the cherry blossom, or Sakura, was in full flower. After stopping for a local lunch, we continued around lake Tazawa before heading back to the ship where the eponymous Akita dogs waited to greet us.

Kanazawa, famed for its castle and the Kenroku-en gardens was next, and again public transport proved easy and efficient to use. Hundreds of children were on school trips to the castle and many were keen to practice their English.

A short bus ride across the Asano river led to the Higashi Chayamachi, home of traditional tea houses where geishas still entertain.

If you're a fan of Manga, then Sakaiminato will be of interest. The home of author Mizuki Shigeru, it has a street named after him, lined with statues of the ghouls and goblins that feature in his stories. Even the local buses and trains are decorated with artwork.

After crossing the sea of Japan, we came to Busan, South Korea. Although every port has a fish market, this one was supposed to be something special. However, I am glad I passed, as other visitors said you need a strong stomach and no sense of smell in order to enjoy it!

Instead, I headed to Yongdusan Park, a trip up the observation tower, a walk around Gukje market, and a stop at BIFF Square, home of the largest film festival in Asia.

Back to Japan, and the ship docked at Yatsushiro. However, this is some distance from where Kumamoto and its castle was located, and not wanting to risk the ship sailing without me, I again opted for a shore excursion.

The castle was badly affected by the 2016 earthquake, and restoration is expected to take 20 years, so lots of scaffolding to see. The museum and temple nearby were of moderate interest, but I wouldn't recommend going out of your way to visit. The nearby Suizenji Gardens were lovely but not very big.

Finally, back to Yokohama, where Mount Fuji was visible rising behind the city.

As I was not heading to the airport, but intending to spend some time in Tokyo, I decided to opt for the shuttle provided from the ship into the city. Rather than struggle with my case through the metro, I took a cab to my hotel. Fortunately, the famed traffic jams weren't in evidence, so the fare didn't break the bank.

This was the weekend that Empero Akhito was abdicating, so many Japanese people had been given an unprecedented 10-day holiday, and I think many of them opted to see the sights of Tokyo.

It was an afternoon to wander, from antique and flea markets to the Imperial gardens with the azaleas in full bloom. Lots of people dressed in beautiful kimonos were out enjoying the sunshine. I also took the opportunity to purchase in advance my ticket for the Nex Express to the airport.

Although it had mixed reviews, I decided the next day to use the hop-on bus to see as much as I could of the city in the day. My first stop was the Skytree with its viewing platforms some 400 meters above the ground. Here I was directed to a special ticket desk for overseas guests. Beat the queues, they said, and we were ushered to an elevator that whisked us up to the first viewing level. It was when the doors opened here that I realized that a large proportion of the local population seemed to have decided to visit as well, and from here on in everyone had to line up to go to  the second level (30 minutes), and then to head back to the ground (45 minutes), seriously eating into the plans for the day. Yes, fabulous views, but not a comfortable experience.

My next stop was the Senso-ji Temple, again with wall-to-wall people enjoying the food, the sights, and the shops, and paying their respects at the temple. It was lovely again to see so many in traditional dress.

The parliament building, the original broadcast tower, and the Ginza shopping district completed my sightseeing.

The Marriott Courtyard was located close to Tokyo station, which is absolutely huge (largest in the world), and, I have to say, rather confusing. But again, helpful staff and good signage got me to the right platform for my train to the airport.

It was a very smart train, lots of room for both people and bags (and if you feel the need you can lock your bag to the rack using a combination lock). It took less than an hour to get to the airport.

I'd highly recommend this for solo travelers, and wouldn't hesitate to go back. I would love to visit Kyoto, and go back to Hokaido to see the snow monkeys. Using public transport is easy, and with the upcoming Rugby World Cup and the Olympics, Japan seems to be very accessible. 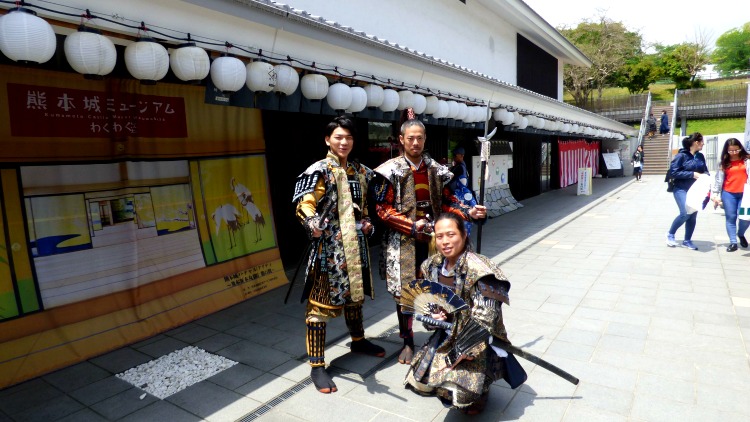 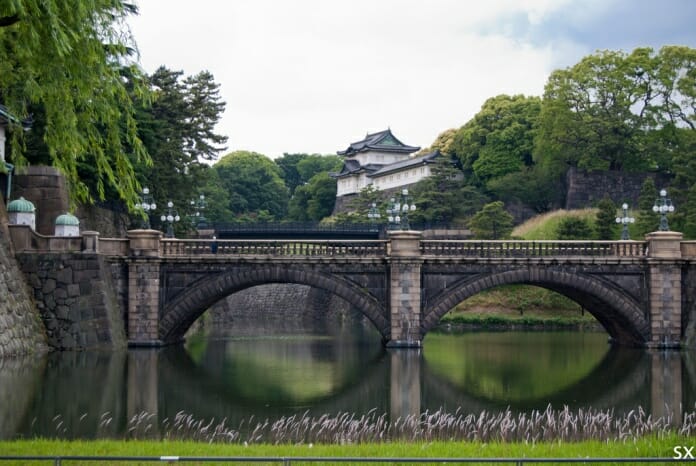 Solo travel rating: 2 (1 is easiest, 3 is most difficult. Please see chart below)

This was my first solo trip. I visited Tokyo, Osaka, and Kyoto.

I first stayed in Tokyo for 5 days. I planned out all the attractions and places that I wanted to visit from japan-guide.com. I did a little bit of shuffling between the attractions according to the weather conditions. I purchased a 7-day Japan Rail Pass. I traveled to and stayed in Osaka, but visited Nara, Kyoto, and Arashiyama using the Rail Pass. On the last day, I returned to Tokyo, and to Narita airport directly (the rail pass covers that too).

I booked a free guide from Tokyo Free Guide. This service is staffed by volunteers, and was invaluable in terms of helping me deal with my initial nervousness and in showing me how to use the transit system.

This was the best vacation I have had in my life so far. As a solo traveler, I always felt very safe in Japan. Sales staff in shops usually can speak a little bit of English, but nothing too fancy. Everyone I encountered was friendly and helpful. On my first solo day out, I was standing in front of a subway map to make sure I was at the right station. I was there for some time, because, as it turned out, I was in the wrong place. A lovely Japanese lady with very good English approached me, asking if I needed any help. I then discovered that I had the right station name, but the wrong subway line.

Feeling safe was priceless for me during my first solo trip, and I am filled with good memories of Japan. 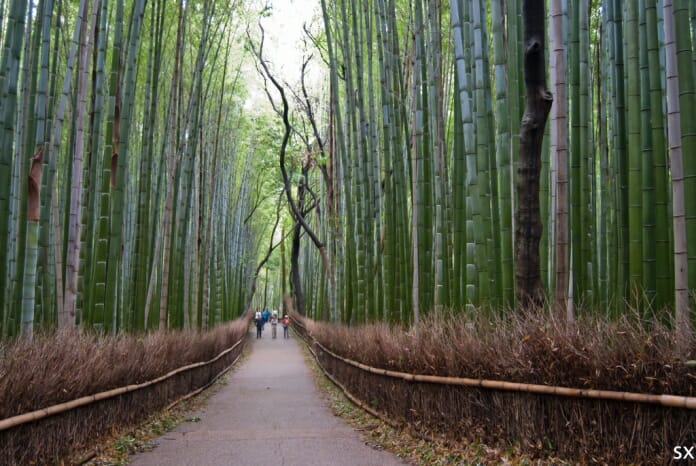 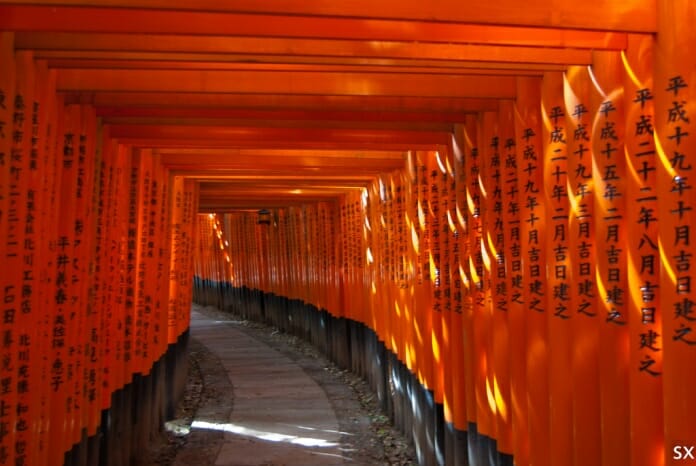