We are pleased to present a new Solo Travel Destination Post from Anne-Marie, a member of the Solo Travel Society on Facebook. Anne-Marie is from Belgium, and submitted the following report about Toledo. Do you have a solo travel destination that you would like to recommend? Submit your description here, along with a few photos, and share it with fellow travelers! 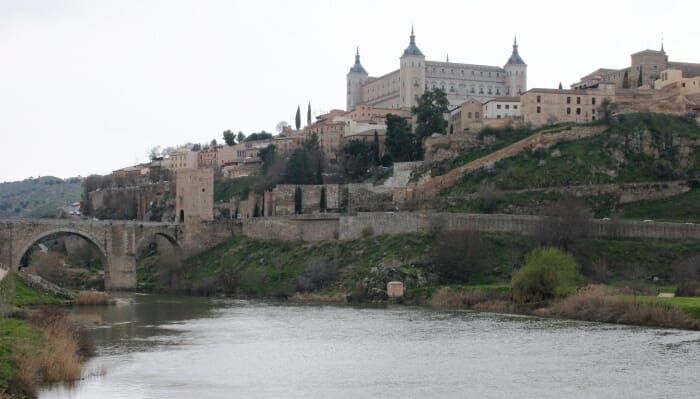 Toledo: centuries of conquest and co-existence.

A train ride back into time.

At some 40 miles (70 km) from the Spanish capital of Madrid, Toledo is a perfect day trip destination. From Atocha station a high-speed train covers the distance in half an hour. Upon arrival, it feels like you have travelled back in time. The railway station of Toledo resembles a tiny Moorish palace with beautiful ceramic tiling and plaster mouldings.

The old city is perched on a mountaintop overlooking the River Tagos. No need to walk up the steep hill as buses bring train travelers to the Plaza de Zocodover (a marketplace), in the center of town. Just get off when everyone else does.

So now what? At the risk of sounding impertinent … get lost! Honestly, it’s the best way to discover this labyrinth of narrow medieval streets. And easy, too – I managed it with a map in hand. One word of advice: if you find yourself going down … head uphill and you’re bound to end up in the commercial part of Toledo. Here, souvenir shops cater for those in need of defence: knives, swords, a suit of armor, maybe? Toledo proudly reminds visitors of its sword-making industry of days gone by. Today, the only defending which goes on in this peaceful little town is of its title of World Heritage Site.

Toledo was invaded, captured, and conquered. Different religious communities at first co-existed peacefully, later to be expelled, leaving a rich cultural and architectural heritage of churches and synagogues, an imposing fortress, and a small mosque.

The Museum of Santa Cruz is the city museum offering a glimpse of the city’s history. The former hospital is a peaceful retreat with an inner court and a two-story gallery. Art lovers may swoon before a hugely dramatic Assumption of the Virgin by El Greco, but my absolute favourite section was the downstairs rooms with coffered (carved wooden) ceilings and impressive 15th and 16th century tapestries, woven by the Flemish. Never was I more proud of my ancestors than when I visited here.

If Toledo is called the city of three cultures, then the Santa María la Blanca is the proof. The building resembling a mosque was erected in the late 12th century under the Christian Kingdom of Castile by Islamic architects for Jewish use. Centuries later, an order of monks took over the former synagogue but made small changes to the building, which they named Saint Mary the White.

In Toledo’s former Jewish Quarter the Sinagoga El Transito now hosts the Sefardi Museum which gives an insight into the history of Jewish culture in Spain. The former synagogue-turned-church-turned museum has none of the quiet charm of the previous synagogue. This splendid private family synagogue of the king's wealthy treasurer features polychrome stucco work and a massive panelled ceiling.

The Jewish Quarter offers a beautiful outlook on the surrounding countryside. Work up an appetite by slowly climbing in the direction of the cathedral and dine on tapas and sangria before catching the train to Madrid. Salud! 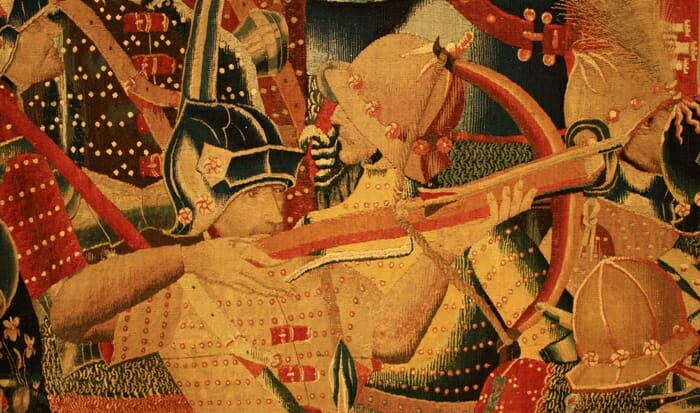 Dramatic scenes of history in shades of gold and red. 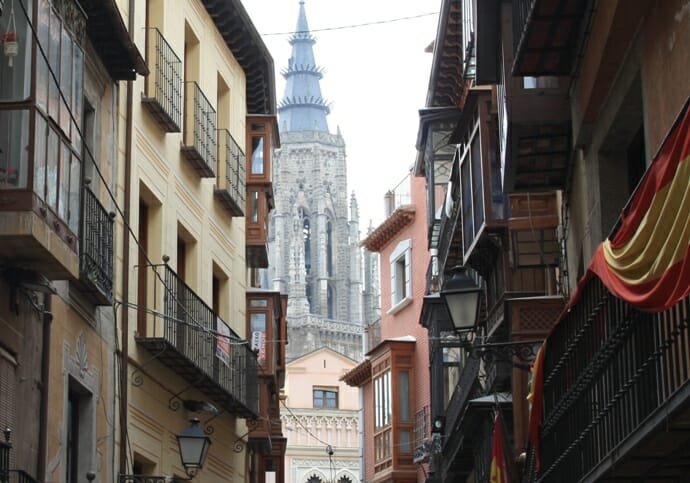 Loose yourself in the labyrinth of streets. 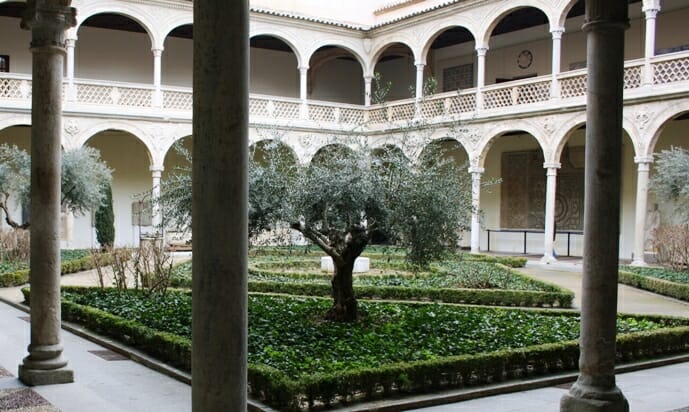