You are here: Home / How to Travel Alone / Solo Travel in the Holiday Season 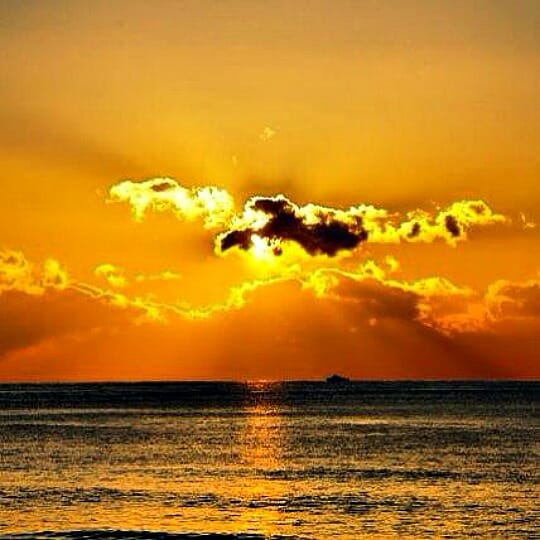 Have you ever traveled solo over the holidays?

I posed this question to the Solo Travel Society on Facebook, in response to a number of queries from readers about where and how to spend Christmas and New Year's Eve solo. Because of the nature of Facebook, the feedback from members gets buried quite quickly, so I have pulled together some tips, advice, and experiences from solo travelers so they can reside here on the blog for easy access.

While many people enjoy being at home over the holidays, it can also be a great time to travel, to experience new traditions, to avoid obligations if you wish, and also to spend time with people who would otherwise be on their own.

Sarina:  I caught this magnificient sunrise at Hauendae Beach in Busan, Korea. They have the sunrise festival to welcome the new year at the beach on January 1st. Just like the Japanese, the Koreans believe that if you make a wish on the first ray of light on new year, your wish will come true. I went on December 31st instead as the beach will be very crowded on New Year's Day. I went to Hauendae Beach for the sunrise and at night went for the countdown at Yongdusan Park where the Busan Tower is. Lots of festivities and when the clock strikes 12, they'll have the bell-tolling ceremony.

Michele: The year I divorced, I spent the holidays alone in India. It was great!

Karen: I hiked the Inca Trail during Christmas one year. I crossed Dead Woman Pass on Christmas Day! I was with a tour group (required for that hike), but it was a great way to spend the holiday.

Annie: I have, in the past, spent two one-month Christmas/New Year holidays doing voluntary English teaching in Cambodia – a rewarding and very special way to spend Christmas. I volunteered through the UK-registered charity Globalteer and later went on to work with them in Peru and in Cambodia. Any nationality can volunteer with them and they have many different projects.

June: I spent a Christmas at a gorgeous B&B in Santiago de Chile where I was invited to join the staff for a festive meal at 4 pm. I ended up helping them cook it-they were so grateful, and I was spoiled rotten! All shops & cafes were open in the morning and evening.

Karen: Paris on New Year's Eve was my favorite. 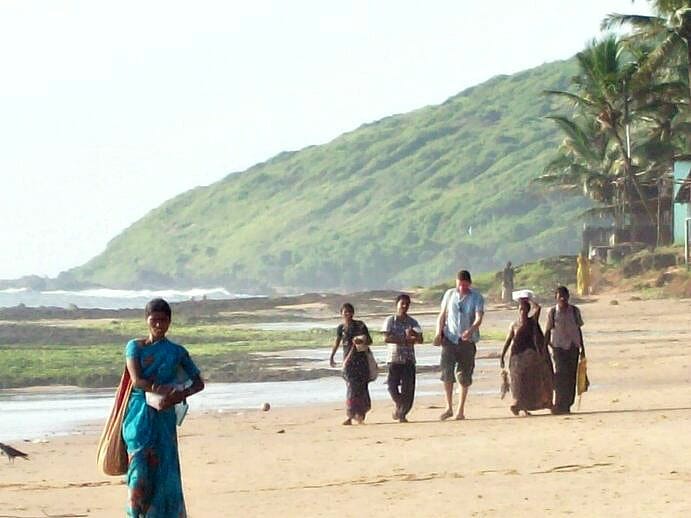 On the beach in Goa. Photo courtesy of STS member, Lisa.

Nathan: I had an absolute blast celebrating Christmas in Thailand a couple of years ago but I'm currently in Goa and everyone says it's a lot of fun here for the holidays. A lot of foreigners and locals both come here to celebrate.

Alicia: I was couchsurfing in Greece for the 4th of July and in Tokyo for New Year's! Highly recommended!

Chris: I've only traveled to visit relatives in the US, but have flown on Thanksgiving and Christmas Day. In addition to good fares there is a certain laid back, festive atmosphere traveling on these days!

Meggan: I don't celebrate Christmas for emotional reasons so I used to try to go to Muslim countries during the season. That actually doesn't work. If you are an obviously-not-Muslim foreigner (as any solo-traveling woman would be considered), people will go out of their way to wish you a Merry Christmas in all of the languages. If you meet up with a tour, someone will inevitably start the Secret Santa game. But the season is a great time to get away from weather you don't like without worrying that work will fall apart, because everyone else is on holiday too!

Jen: For the last two years and this one coming too. Zanzibar/Mauritius/Thailand. Can't bear Christmas in the UK – give me a beach any day of the week!

Bobbi Jo: I went to Israel and was in Bethlehem on Christmas Eve

Mazhar: I traveled solo in Turkey. Singapore this year.

Sandie: Go stay in a hostel, get immersed in the local festivities and enjoy the atmosphere. You'll hardly know that you are by yourself.

Julia: Key West. Everyone is friendly and it's a very Zen way to start a new year.

Pat: I did Christmas in London one year and am doing it again this year. One year it was Torremolinos and I spent New Year's Day at the zoo – it was awesome. 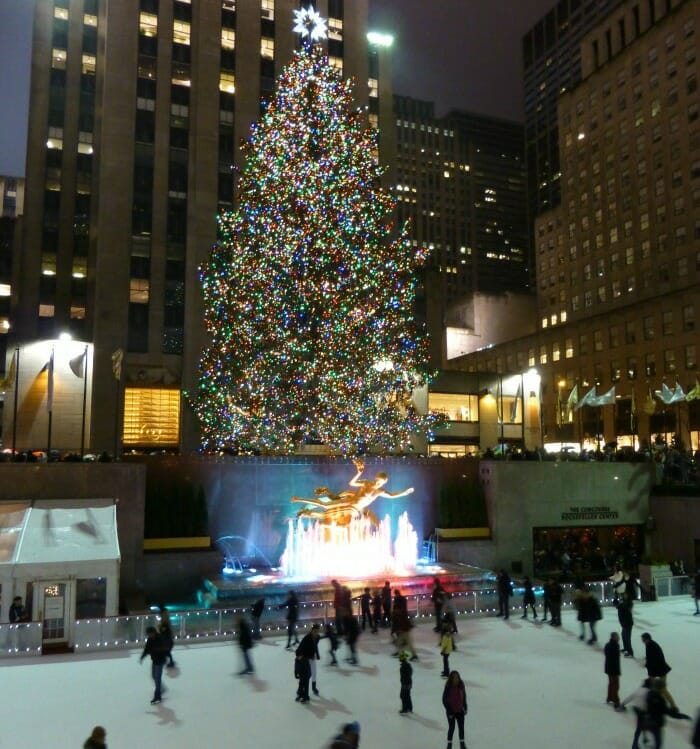 Jasmine: I did a tour of Central America a few years ago. Christmas was spent in San Cristóbal de las Casas – spending time with the local community and joining in with their local customs in the daytime then playing with a piñata with the group, dinner in an Italian restaurant and drinking home made punch in the evening. New Year's was in Playa del Carmen – street and beach parties!

Ted: I've gone to Hawaii three times and Death Valley twice. Christmas week isn't really a good time to go anywhere. I had very little vacation time available at work but I had that week off, so I felt compelled to take advantage of it.

The three trips to Hawaii (Kauai, the Big Island, and Maui) were very nice overall. It's a great place to spend the holiday season alone, although it is a bit disorienting to see all the traditional holiday imagery of snow and Santas (and to hear the traditional carols on the radio) when the temperature is 28 Celsius rather than Fahrenheit.

The problem is that it's peak season, and crowded with families and couples escaping cold parts of the Mainland. None of them have much interest in friendly conversation with a man traveling alone. Probably because of all those couples and families, I ran into restaurants that either wouldn't take reservations for one or in one egregious case kept me waiting and waiting and waiting while they immediately seated later-arriving families and couples, until I finally got the message that they weren't about to waste a precious table on one person. (But I never encountered anything like that that on subsequent solo trips to Hawaii at less crowded times.)

When I went to book my fourth Hawaiian Christmas, I found that the costs had significantly increased. So instead I drove to Death Valley. It was a very different experience. Not much of a crowd, much more nature. I returned the following year. After that I had enough vacation days to use at more favorable times, so I decided that the best way to spend the holiday season was to hibernate at home. 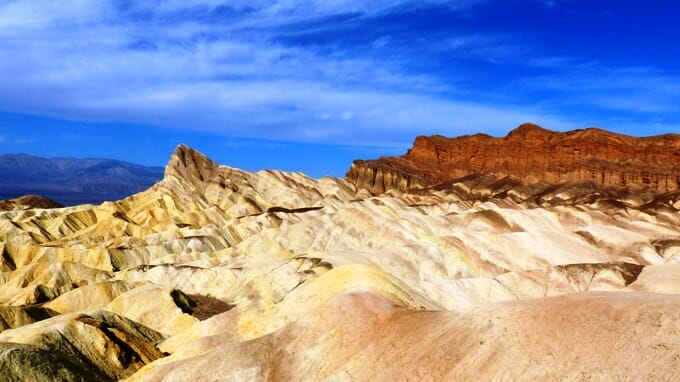 Amie: I traveled solo to Vietnam for Christmas. It was a very different (more party-like) perspective on the holiday. There were entire families on mopeds, dressed as Santa Claus. I met a group of people in Saigon and had a great time.

Sari: Yes, I have – I never turn down free travel days – though at holiday time the high prices, things being closed, and people often being with their families means I've had to adapt. I don't do as much truly solo travel as I might during other times of year.

I've gone a couple of times to France to ski. There are great affordable all-inclusive programs with the UCPA for solo travelers aged 18-39 that are a lot of fun, and it's certainly no problem to go solo, because you meet tons of people. Highly recommended.

This year I'm heading to Mexico on a (gasp!) group tour. I'm not usually a tour person, but I'm going to give it a shot, because I think over Christmas and New Year's it will be easier logistically than doing the trip independently.

One thing I really don't enjoy is truly solo beach or package vacations that are more geared towards families or couples. I find those to be not at all geared towards solo travelers, and it's hard to meet people and easy to get bored.

Another suggestion is to head to a part of the world where Christmas isn't a thing, and that has good weather. Southeast Asia, for instance. There are tons of solo backpackers there in December/January, and it's very easy to navigate.

Wendy: Although not totally solo, I joined a group where I knew no one for a Christmas ski holiday.

Karla: Last year, I was solo at the beach for the Christmas holidays. I tent camped in Seaside Florida for several nights with my dog. While dogs aren't allowed on the beaches without a permit and not at all in the park, we hiked and enjoyed the solitude. The RV area was packed, but the tent area was blissfully abandoned. I might do it again this year!

Do you have experiences of solo travel in the holiday season to share? Please tell us about your recommendations in the Comments section below.