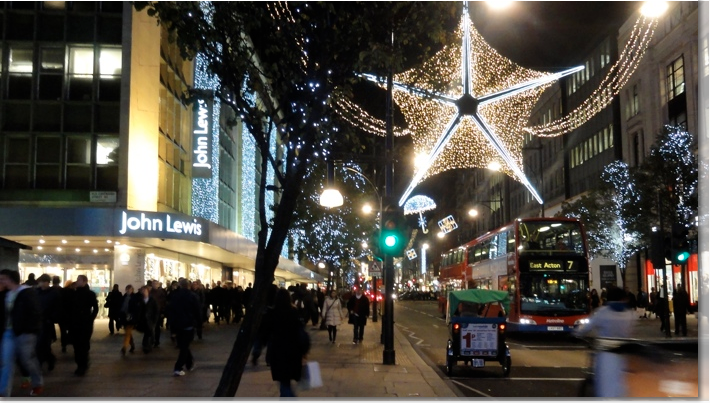 Oxford Street lit up for Christmas.

I arrived from Edinburgh on a late afternoon train.  By the time I reached The Marylebone Hotel, it was dark. Given that I was flying out the next morning, I would not get to explore much that the Marylebone area is known for. I was sad to miss the village atmosphere which I had read about and two Londoners on the train had confirmed. Marylebone is a true neighborhood in the heart of London. Regent Park to the North, Oxford Street to the south, and just a bit west along Oxford Street is Hyde Park.

What I did manage to take in was Oxford Street at night at Christmas. 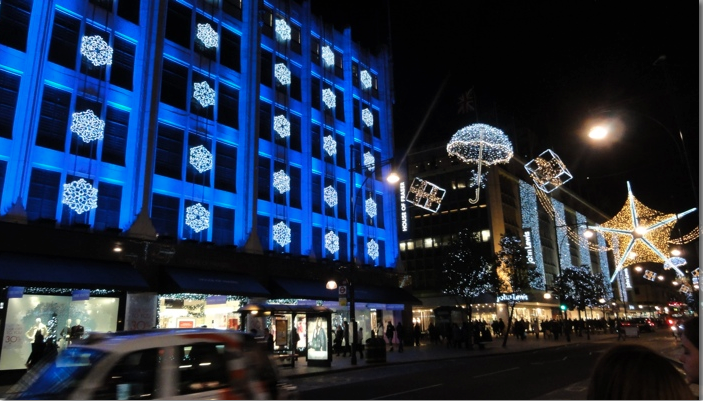 House of Fraser store. FYI: I was shopping for a coat. The one I liked at House of Fraser was 30% less than the same coat at Selfridges. (I resisted the impulse and bought one at home.)

It would be a shame to travel to London (or New York, Montreal, Paris…) anytime after November 30th and not take in the Christmas lights and shop windows. In London, they were amazing. I wandered the high street, dodging people, popping into a store here and there. I had in mind to buy a winter coat – I love London fashion – but that didn't happen. Instead, I soaked in the atmosphere. Yes, a bit like a kid at Christmas. 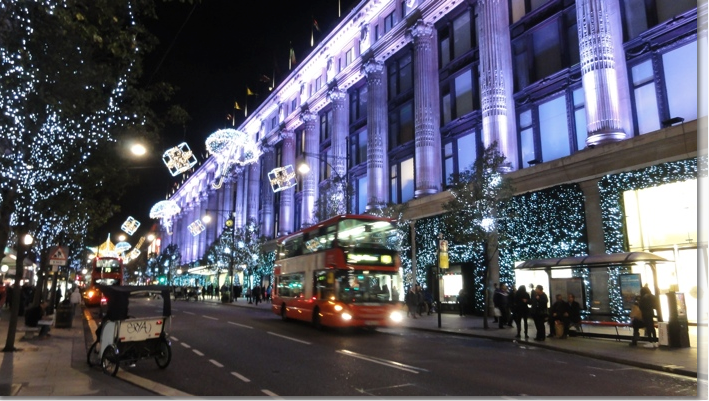 Selfridges is a high end store chain. The one on Oxford Street is their flagship store and the second largest shop in the United Kingdom.

When I'd done both sides of the street from Regent to the Marble Arch, I returned to my hotel to prepare for my flight home in the morning. It's surprising how quickly I left the frenzy behind. Located just few blocks north, The Marylebone Hotel is a gem for its location alone, but the hotel is beautiful as well.  I would classify it as casually luxurious.

Below are pics of the store windows. You'll find a photo of my room at the end.

My stay at the hotel was complimentary, however they in no way required that I write about them nor suggested what I write. My thanks to Best Loved Hotels who made the arrangements. 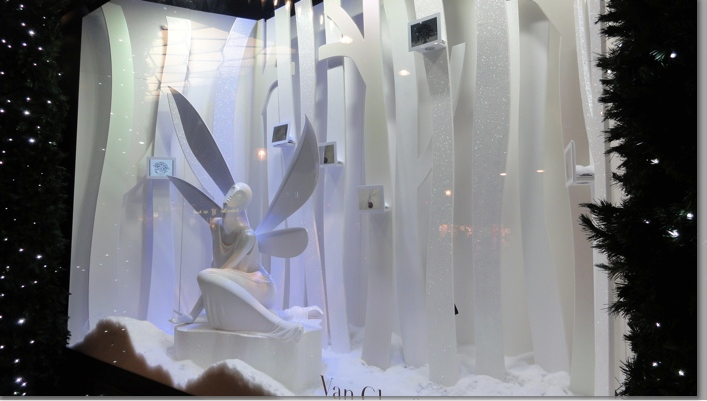 The price conscious may not go to Selfridges to shop but… 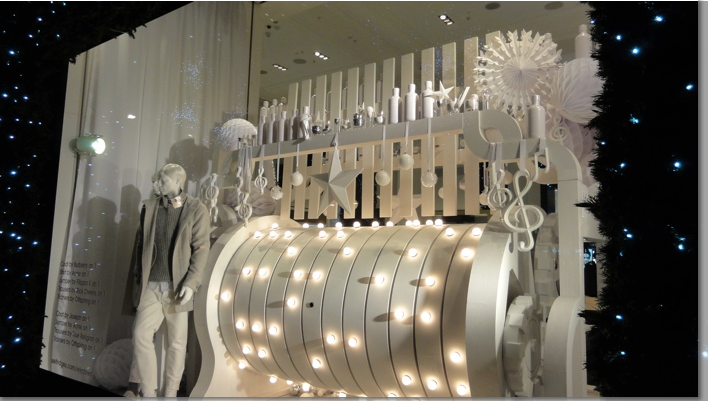 … their beautiful Christmas windows are free for all to enjoy. 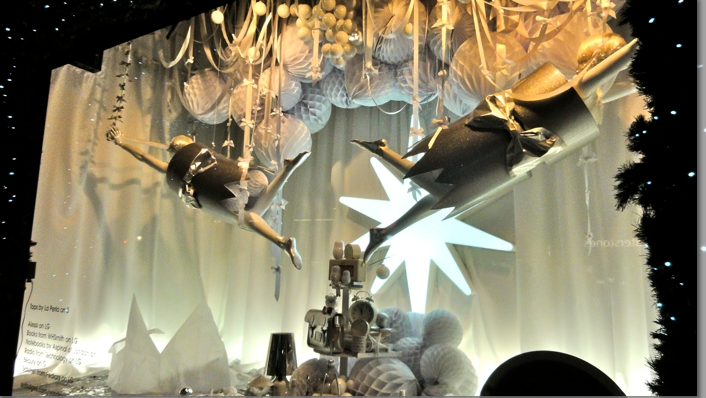 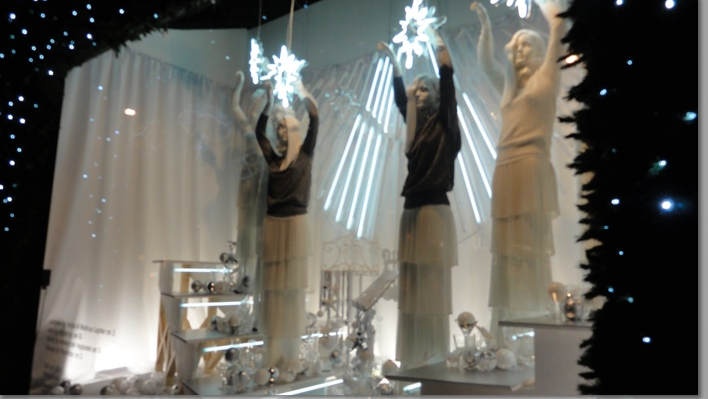 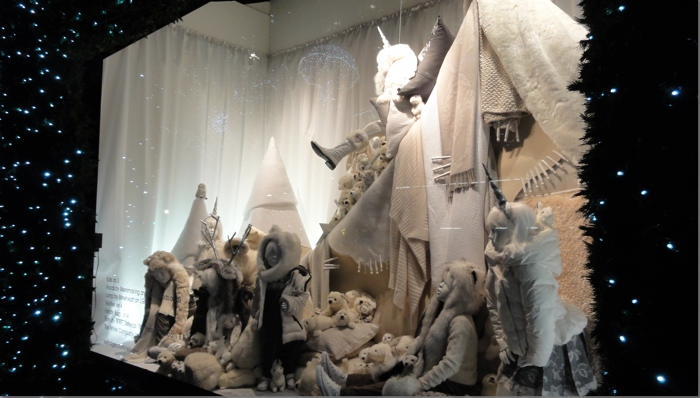 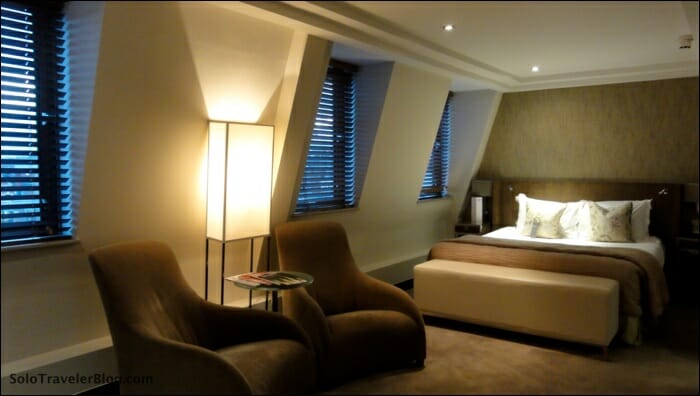 My room at The Marylebone Hotel had a quiet, comfortable palette but was anything but boring.