You are here: Home / How to Travel Alone / Solo Travel, Running and Run Crews 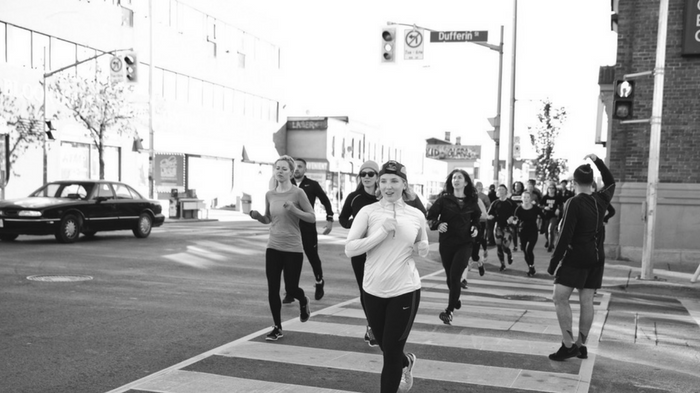 Grace is a writer, painter, and lover of history, politics, science, and art. The majority of her travel has been as eclectic as her personality – she has volunteered in Italy restoring church frescoes, performed a biological survey of fungi on Mount Kilimanjaro, and traveled throughout Austria and Hungary on a classical music tour of her own creation. Her own blog, Intelligentsiac.com, focuses on lectures, and ideas events taking place in Toronto. Photo credit: Jess Baumung.

I run four times a week with a long run on Saturday mornings and an ice cream run on Thursday nights (because I can’t see the point of exercising if no ice cream is involved).

I run all year long—in the Canadian winter too—solo or with my running community.

But my favorite runs happen when I travel.

Whenever I'm about to visit a new city, one of the first things I google is “*city name* run crew.” This way I can find a group of people to keep me on track (pun intended), and to learn about the city they live in.

I often find that generic top 10 lists miss great local gems or the new restaurant that opened just last week. But when you run with a group of people who live in the neighborhood, you chat with them and learn about where you should get your coffee in the morning, what vintage shops are cool, what places are too touristy, and where the best section of the city is right now. 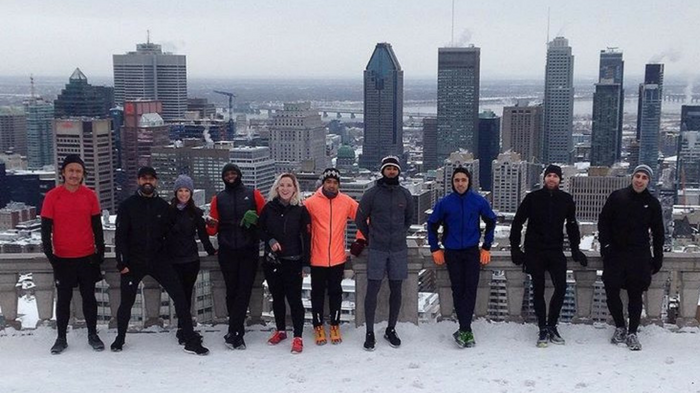 How to Find a Run Crew

There are many run crews all over the world, in New York, Chicago, Amsterdam, Berlin, Tokyo, London…everywhere! They're usually populated with people in their mid-thirties and have a relaxed, party-like atmosphere, distinguishing them from the traditional “run clubs.”

If you're in the city at the right time, you're almost guaranteed to meet new people, learn about what to do while there, and maybe grab a pint after the run.

Prior to your trip, I recommend that you find a crew on Facebook or Instagram and send them a message to ask if you can join them for one of their weekly meetups. Some run crews only meet on certain days or are exclusive so make sure to be cordial and ask before showing up. 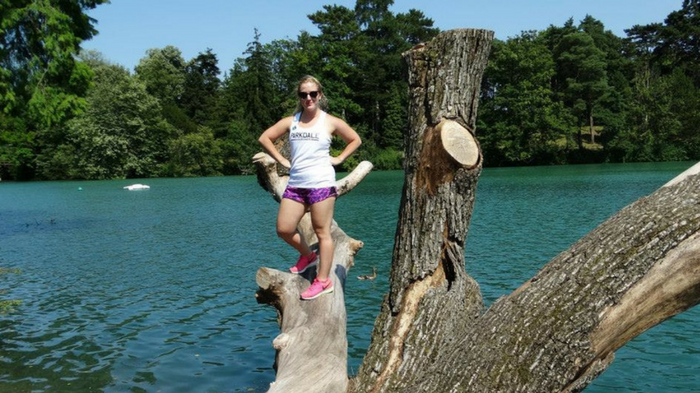 On an independent run in the Parc de la Tete d’Or in Lyon, France

No Run Crew? Here's What You Do.

As the run crew movement is relatively new, there are plenty of cities and towns which haven't developed one yet. In those situations, I still find it fun to explore a new place on foot.

I've run on trails in the French Alps, along medieval citadel walls in rural Germany, past the White House in D.C., following the coastline in Miami, and through the Jardin des Plantes in Paris. Running solo is a joyful, meditative experience and is also a great way to get your bearings once you arrive in town.

That being said, the main downside to running solo in a foreign city is that it is sometimes difficult to follow the route. I recently ran the circumference of the inner city of Berlin (which was a cool concept) but what should have been a three-hour run took around four and a half hours as I kept getting lost! On the upside, for the rest of the day in the city, I recognized spots I had run past and didn’t get lost again.

Ultimately, whether solo or with a big group of people, running in a new city is one of the best ways to keep up your training habits while traveling, meet new people, and, of course, explore. 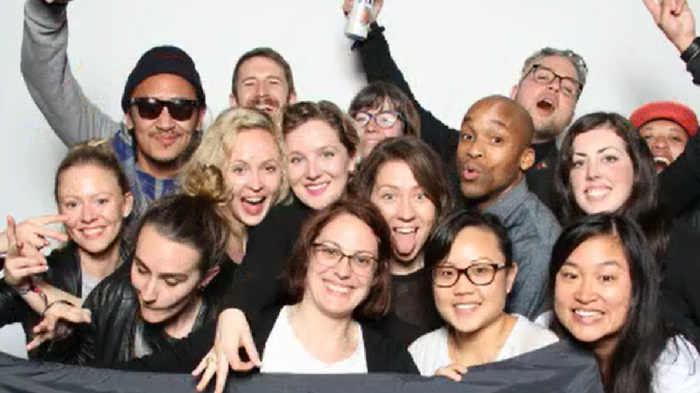 Going to a run crew ‘Bridge the Gap’ event in Washington, DC after the Cherry Blossom 10 Miler.

Safety Tips for Running in a New City

A few tips to make sure that you stay safe as you run in a new city.