You are here: Home / How to Travel Alone / A Solo Point of View / Why Do We Travel to Sad Places? 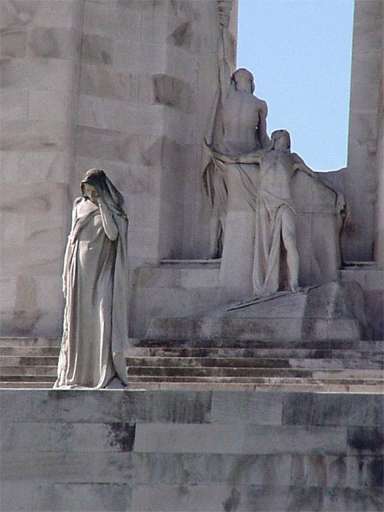 This is a detail of the Canadian Memorial for World War I at Vimy Ridge in France.

Why do we visit sad places when we travel?

I've visited Vimy Ridge, a little piece of Canadian soil in France given to Canada for a war memorial after World War I. I've been to Dachau, a former concentration camp and the site of mass murders during World War II. I have visited the Vietnam Veteran's Memorial Wall in Washington and the site of Dr. Martin Luther King, Jr.'s assassination in Memphis. All these places are known for their sad history.

A Canadian Remembrance Day in France

I once spent Remembrance Day at the Canadian National Vimy Memorial, a very significant place in history. At the beginning of World War I, Canadian soldiers, seamen, and pilots did not fight as a unit but were split up to support the British forces. The Battle of Vimy Ridge was the first occasion when four Canadian Divisions (35,000 men) fought together.

The German Army captured Vimy Ridge in October of 1914. By the time the Canadians arrived to relieve British troops (who had previously relieved the French) in late 1916, battles for the Ridge had caused 200,000 French and British casualties. An offensive by the Canadians from April 9 – 12th, 1917, won Vimy Ridge for the Entente and, in the process, lost 3,500 men and incurred 7,000 casualties.

This battle is perceived as a turning point in Canadian history. It is part of the mythology that has built the Canadian identity. Some believe that Canada grew up in this battle, having had the opportunity to demonstrate that it could operate outside of British control and be victorious.

The French granted Canada 250 acres of the ridge in perpetuity to memorialize the battle. The memorial site includes wartime tunnels and trenches, craters, and unexploded munitions. Due to the latter, the grounds are kept by sheep as it is too dangerous for people to walk or mow the lawns that do need to be kept back for people to see and understand the battle.

On November 11th, 2001, the ceremony at Vimy Ridge was not extraordinary. It doesn’t attract a lot of Canadians except on special anniversaries. So, because the people of France have their own remembering to do, the official public ceremony was held a couple of days before I arrived. The ceremony I participated in was quite casual by contrast but no less moving.

There were about thirty of us. Military, retired and active, were present. There were other travelers like me. There were the Canadians working at the memorial. And there was a man who had come to find the name of his uncle carved into the memorial’s stone. 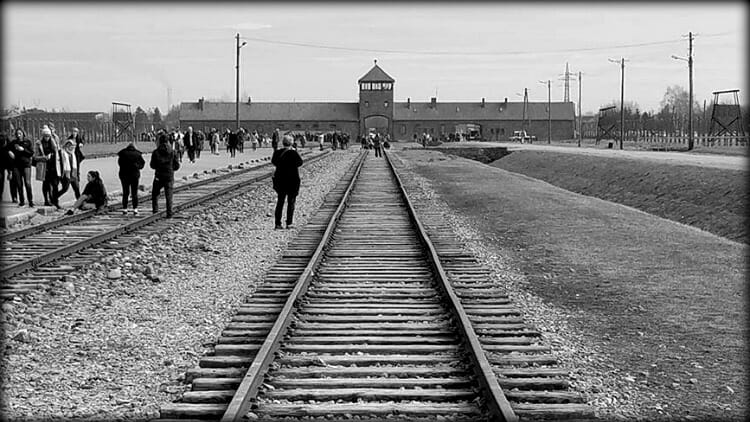 “A horrifying place, but important to see and understand,” says Solo Travel Society member Dean of his visit to the Auschwitz-Birkenau Memorial and Museum.

Why Do I Travel to Sad Places?

Beyond having a keen interest in history, I believe that I go to these sad places for three main reasons.

As philosopher George Santayana famously said, “Those who cannot remember the past are doomed to repeat it.” These sites are saved, turned into museums, given plaques and monuments so that we remember our history. They are there to point to and help us learn from our past and avoid at least some mistakes in the future.

Going to these sites is an act of respect for the victims, the heroes, and everyone in between who was associated with a hard learned lesson.

In certain ways, I think this is the most important reason for going to sad places. When we see a concentration camp turned into a museum, when we see the remnants of the Berlin wall or the land around a major battle preserved, we are reminded that sometimes we do manage to right wrongs. Good can win. And, even though there is so much that still needs fixing in our world, it reminds us that we are capable of doing so. By celebrating sad places, we affirm our hope for the future.

Why do you think we travel to sad places? Please add your thoughts in the comments.