You are here: Home / How to Travel Alone / Solo Travel Safety / Who to Trust and How to Protect Yourself from the Untrustworthy 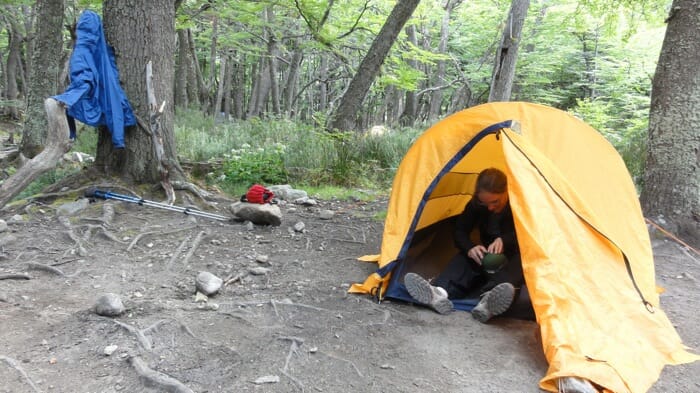 This is Noemie whom I met on the Navimag Ferry on the way to Patagonia. We spent two days together on the boat before deciding to hike and camp together in Torres del Paine.

I watched another one of those movies last weekend.

This was an Australian film about a woman traveling solo and being lured into a terrible situation. And, as usual, the lead character not only went to the apartment of a person she'd just met but she went into the apartment despite it being in an abandoned building and without leaving information with anyone as to where she was going.

Because she trusted him.

Which raises the question, how do you know who to trust?

Being suspicious of everyone you meet is not a fun way to travel. How do you balance the necessity of caution with having a good time? How do you know who to trust and how far to trust them? 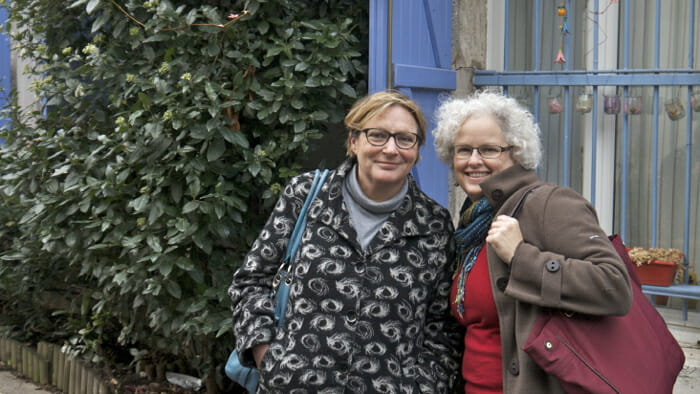 After spending the morning with my Paris greeter, Christine, I was invited to join her and her family for lunch. She had been screened by the Paris Greeter program and I got to know her somewhat that morning. My gut said it was a safe decision to go and it was.

How to Know Who to Trust

In Don't tell kids not to talk to strangers — encourage them to trust their instincts, psychotherapist Philippa Perry reported that children as young as three can evaluate trustworthiness accurately, and by the time they are seven they can do so as well as adults. In other words, knowing who to trust comes naturally. A University of California, Berkeley research study “suggests it can take just 20 seconds to detect whether a stranger is genetically inclined to being trustworthy, kind, or compassionate.” The studies confirm that we can and should trust our guts. 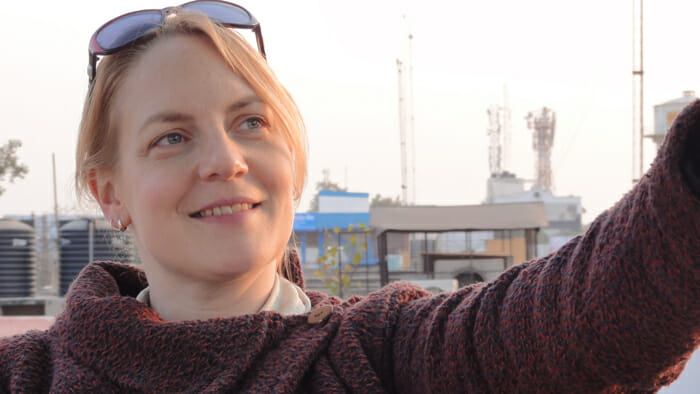 I traveled with Penny in India. Here she's learning the art of solo photography.

The vast majority of the people we meet on our travels are deserving of our trust. However, there are some who are not. A small portion of those who we should not trust are difficult to evaluate as such because they are con artists. This section is about knowing who we can trust. We'll get into the less trustworthy people further down.

As a solo traveler, I have often picked up and traveled with another person for a day or three or more. In each case I decided that the person was trustworthy before I did so. I knew in my gut that they were okay. Here's the essence of the trust I placed in these strangers and why my gut told me it was okay to do so.

Those are specific situations. Let's look more generally at how to decide who to trust. 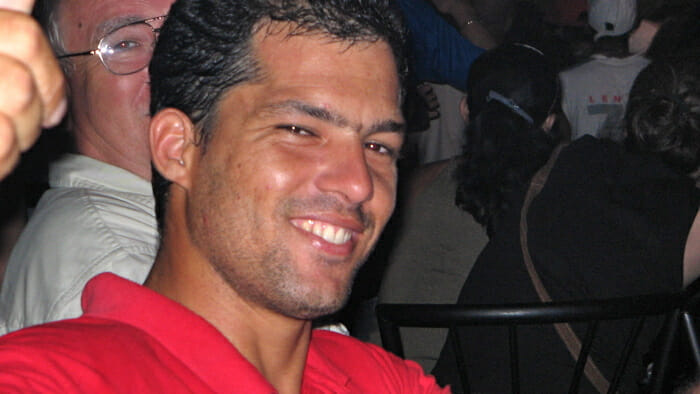 At a club in Havana I met some Hungarian tourists. When their guide showed up (that's him above) he was so excited to speak with an Anglo that he almost jumped over the table. It was a great night of fun. I knew he was their tour guide yet when he offered to tour me outside the city to his father's farm to see how people outside Havana live I, sadly, said no. He was shocked but this was outside my comfort zone and broke my basic rules of safety as listed below. 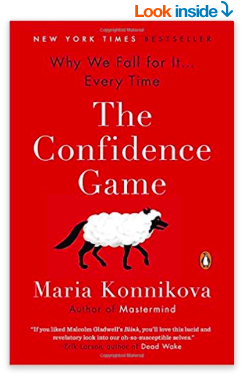 How to Protect Yourself from Bad People

In some cases it's pretty easy to see that a person isn't trustworthy. They may invade your personal space, directly ask you for money, be belligerent or out of control.

But there are also times when a person appears trustworthy but isn't. He or she is a con artist. They are interested in getting something from you and have techniques to get it so that you won't know what's happening until it's over. To go deeper into the topic read The Confidence Game: What Con Artists Reveal About the Psychology of Trust and Why Even the Most Rational of Us Are Susceptible to Deception.

If con artists are so difficult to spot, how can you protect yourself from one? By having certain safety rules that you travel by.

A Few Posts on Solo Travel and Trustworthy Strangers